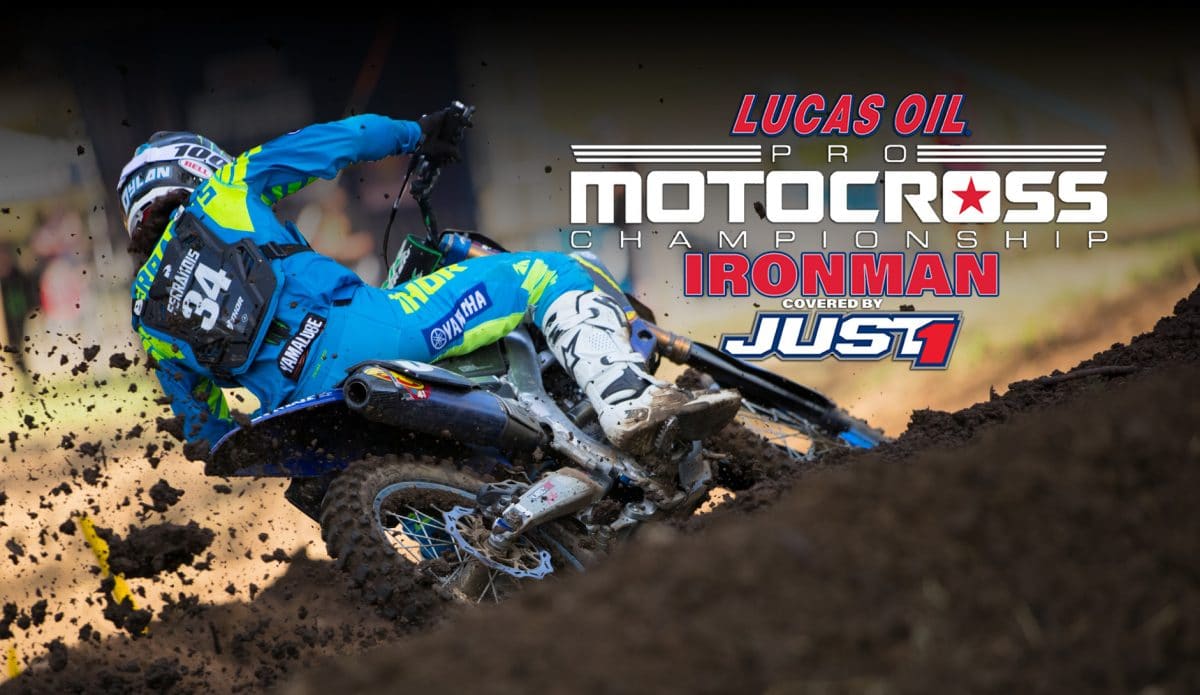 Kyle Peters grabbed the holeshot of the 23rd 250 class moto of the year and led for a bit, while dealing with pressure from Dylan Ferrandis and Justin Cooper. Both Ferrandis and Cooper found their way by, bringing Adam Cianciarulo along with them, as well. Mitchell Falk ran out front for a good while, too, but just couldn’t match the pace of the other front runners. Cooper made his way around his teammate for a couple of laps, but both Ferrandis and Cianciarulo would pass him later in the moto. Dylan crossed the line in first, doing all he needed to do to try and take the championship to the last moto, but Cianciarulo’s second in moto one locked up the title for him. Justin Cooper held on for third in the first moto. Here’s how the rest of the 250 riders finished in moto one: (for extended coverage of the 2019 Ironman National MX, click here.)