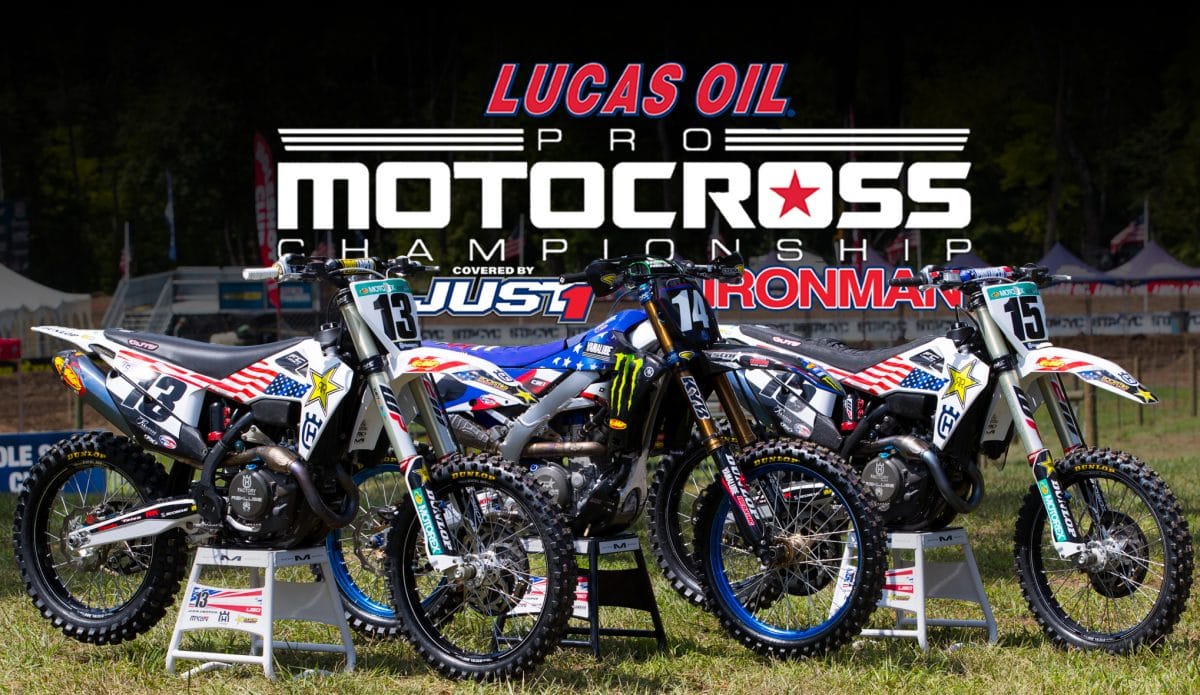 The twelfth and final round of the 2019 Lucas Oil Pro Motocross Championship is all set and ready to go tomorrow morning here at Ironman Raceway in Crawfordsville, Indiana. With Eli Tomac winning the 450 class championship last weekend and a round early, all eyes are on the fight between Adam Cianciarulo and Dylan Ferrandis for the 250 championship. With a 30-point gap between the two, Cianciarulo has the chance to wrap up the championship after just the first moto, as long as everything goes smoothly, otherwise we could see the title come down to the final laps of the season. With the 250 championship on the line, there’s no telling what might happen tomorrow. Here’s what you should be looking out for: (for extended coverage of the 2019 Ironman National MX, click here.)

Like it was said above, the 250 class title is still up for grabs. Dylan Ferrandis and Adam Cianciarulo have both proven themselves the elite members of the smaller bore class and thus have found their seasons coming down to the final two motos. Cianciarulo currently sits ahead in the points with 479 while Ferrandis is back at 449 points.

For Cianciarulo to win the championship, he could DNF the first moto tomorrow and finish second in the second moto, a highly unlikely situation, though. There was a moment last weekend that had people talking, when Ferrandis ran it in on Cianciarulo in a corner, creating speculation as to whether we were going to see the title chase turn physical and have Adam retaliate this weekend at Ironman. The smartest thing for Adam to do at this point is to just finish. He has a solid thirty point cushion that he doesn’t need to throw away to “get back at” Dylan.

Regardless of tomorrow’s outcome, the 2019 Ironman National MX is still a pretty significant day in Adam Cianciarulo’s racing career, as it’s his last day on a Monster Energy/Pro Circuit/Kawasaki and on a 250 four-stroke. It seems like yesterday the Florida native was just jumping up from his supermini to the full size bike, now with plenty of ups and downs behind him in the “Lites” class, he is set to tackle the 450s come the 2019 Monster Energy Cup and beyond.

Now that the 450 class championship has already been wrapped up, there are a few ways tomorrow could go. Eli Tomac, the now three-time reigning champion, has no pressure to lay it all out on the line now, but a race win bonus is pretty nice. He could already be on Monster Energy Cup and Supercross mode, too, or he could be ready for a vacation. There are all sorts of possibilities, but no matter which Eli Tomac we see tomorrow, he’ll still be bringing that number one plate back with him for the start of the 2020 Lucas Oil Pro Motocross Championship.

Red Bull/KTM Factory Racing’s Marvin Musquin fell just one point short last weekend from carrying his championship hopes into the final round, as well, but even if he had, the task would have been near impossible. Strange bursts of speed out of the Frenchman kept him in the game, but it never seemed to be enough to get ahold of the point lead throughout the summer. With only five points separating he and Ken Roczen, there could definitely be a battle between those two tomorrow afternoon.

Ken Roczen jump started his 2019 Lucas Oil Pro Motocross Championship hunt off by grabbing the early points lead, trading on and off with Eli Tomac for several rounds. A few races in, though, and it almost seemed like he had hit a wall, unable to obtain the speed he had during the weekends before and falling back in the points chase. Now at the end of the championship, he has rebounded a little bit and has ran back towards the front again, but too little too late. The distance between Roczen and Musquin in the points is something Kenny is sure to want to close by the end of tomorrow to makeup for a disappointing season.

Last weekend, the 2019 MXoN USA was announced, consisting of Rockstar Energy/Husqvarna’s Zach Osborne competing in MX1, Star Racing/Yamaha’s Justin Cooper in MX2, and Rockstar Energy/Husqvarna’s Jason Anderson riding in the MX Open class. Today we got a first look at the team’s patriotic get-ups for the international competition being held on September 29 in Assen, Netherlands. Here are a few photos of the team:

History of the Ironman National