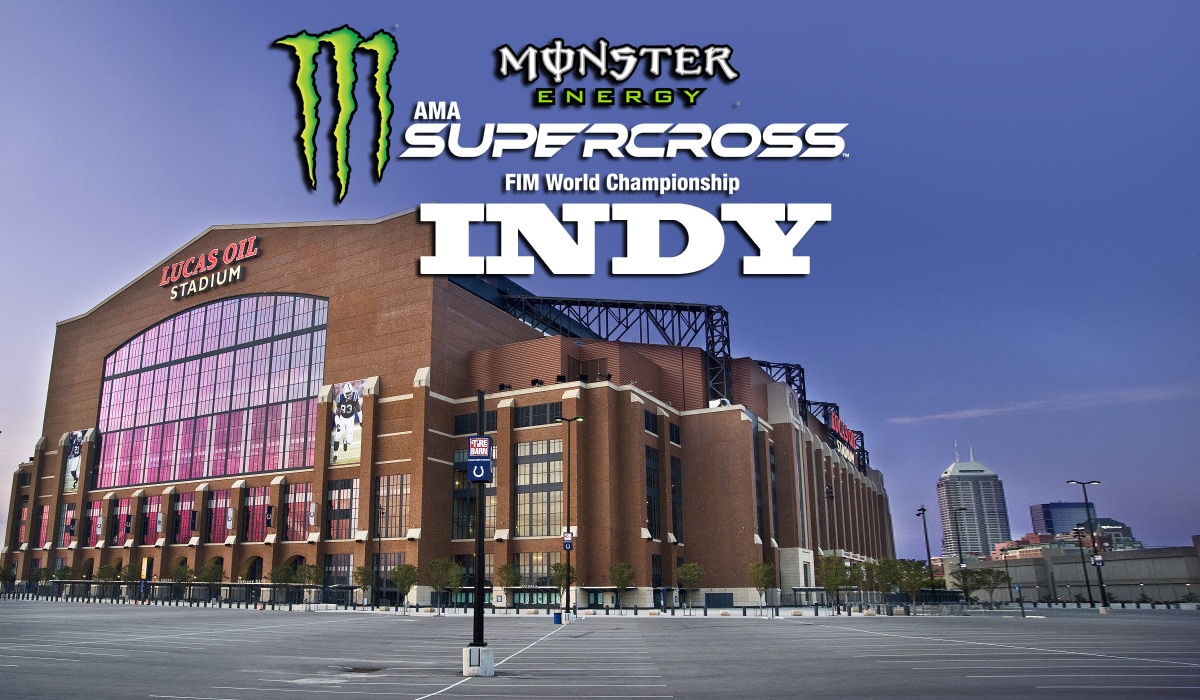 After the sandy chaos of Daytona, Indianapolis’ Lucas Oil Stadium will probably make the riders feel more comfortable.  Cooper Webb has slowly established dominance over the field and his competitors seem to feel it.  Tomac is the wildcard and now sits in second, tied with Marvin Musquin and well within striking distance. Ken Roczen is also in the game, but everyone knows now that Cooper is the man to beat. 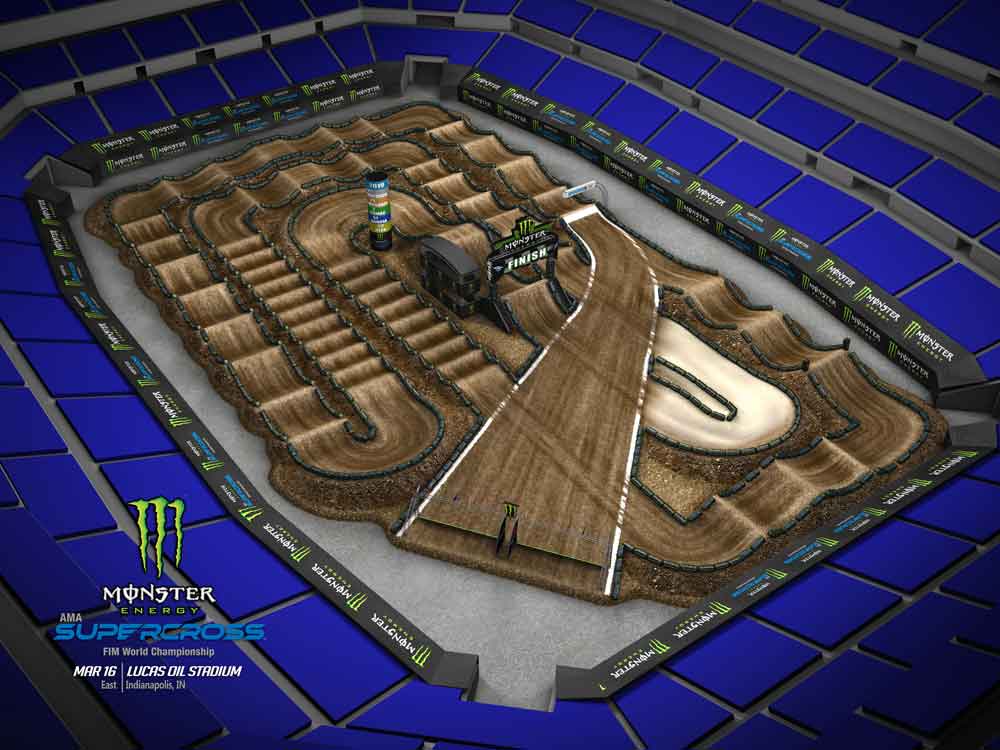 The Indy track is expected to have more solid dirt than previous rounds from the snow belt. Marvin Musquin won here last year, with Tomac winning in 2017. Prior to that, you have to go back a long, long way to find someone other than a “Ryan” on top. Dungey was three in a row and Villopoto won four in a row. But in ’09 and ’08 it was Chad Reed on  top and he’s back for 2019.

If Tomac wins each of the remaining rounds and current points leader Cooper Webb finishes runner up in each, that means Tomac will claim the 450SX title by a scant two points. While not unheard of and certainly not impossible, it does seem a bit unlikely. 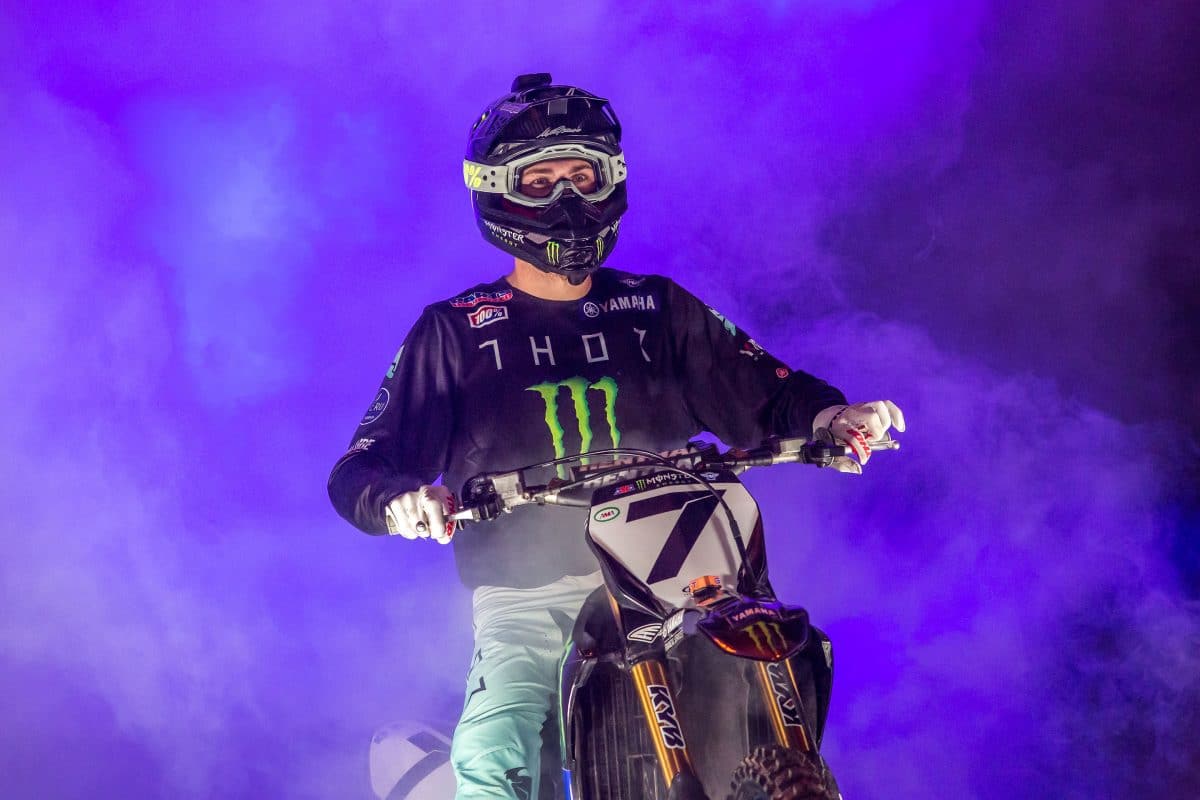 The injury report continues to grow. Aaron Plessinger won’t line up at Indy after his heel injury from Daytona. He’s in 10th right now in the points, just ahead of his teammate Justin Barcia, who is expected to line up at Indy, returning from a concussion. Vince Friese is still out with Mike Alessi riding for him at Indy. Jason Anderson won’t be coming back this Supercross season, so there will be no number one plate. Malcolm Stewart suffered a broken femur earlier in the season.

There’s no question about who’s the main man in the 250 East class.  Austin Forkner hasn’t been beaten by any other eastern rider yet, although both Adam Cianciarulo and Dylan Ferrandis of the West beat him in the first East/West shootout of the year. His job is even easier now that Troy Lee KTM rider Jordon Smith is out with a wrist injury. Smith’s teammate Mitchel Falk, however, should be back for Indy.

“It feels amazing to win at a place like Daytona,” said Forkner last week. “I’ve always loved coming here even from the amateur days. The track had some really tricky parts and it broke down a bit so I just tried to maintain a good pace and try to not make any mistakes. It’s great to give another win to the team. They’ve worked so hard to get us all where we need to be.”