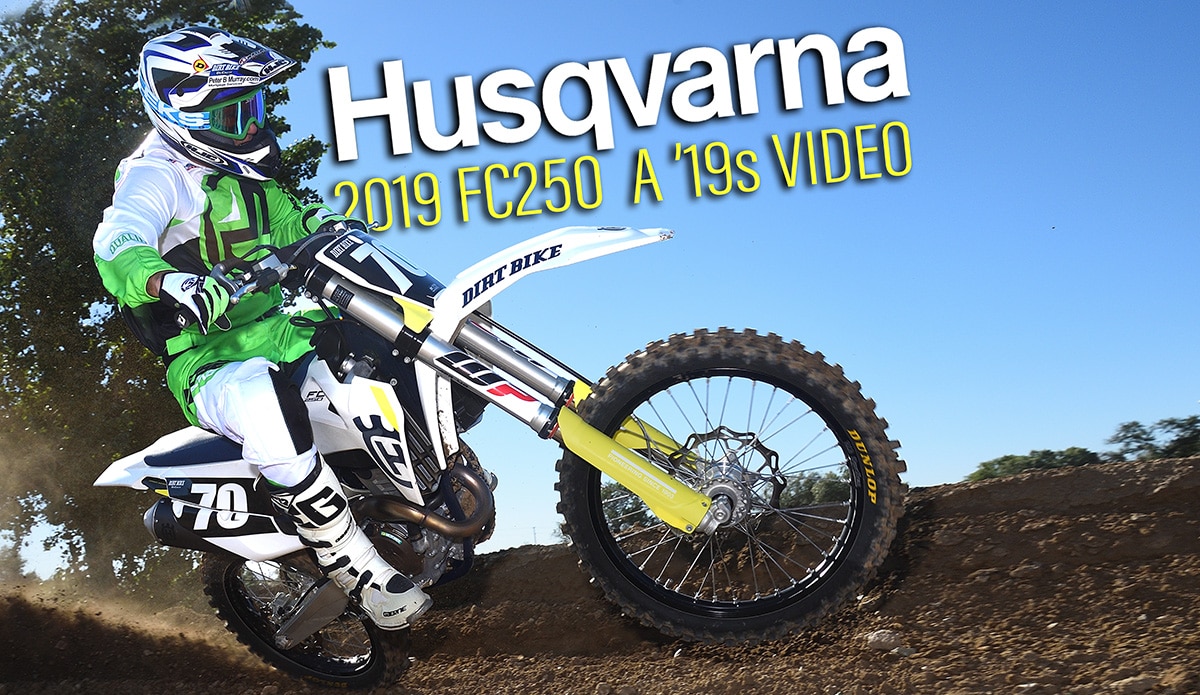 As most people know by now, Husqvarna motorcycles are manufactured in Mattighofen, Austria at the KTM factory. It’s been that way since 2013. From the start, the parent company made it a high priority to give Husqvarna its own look, even if the major hardware was shared with KTM out of economic necessity. The 2019 FC250 has about the same degree of separation: it has different bodywork, an airbox that is integrated with the subframe, and a number of different component suppliers. The Husky’s rims are DID Dirt Stars, the hydraulic components for the clutch are made by Magura and the handlebar is a ProTaper. The engine, frame and suspension components are the same as KTM’s. On the track, the Husky has a distinctive personality all its own. Here’s what we’ve learned so far.