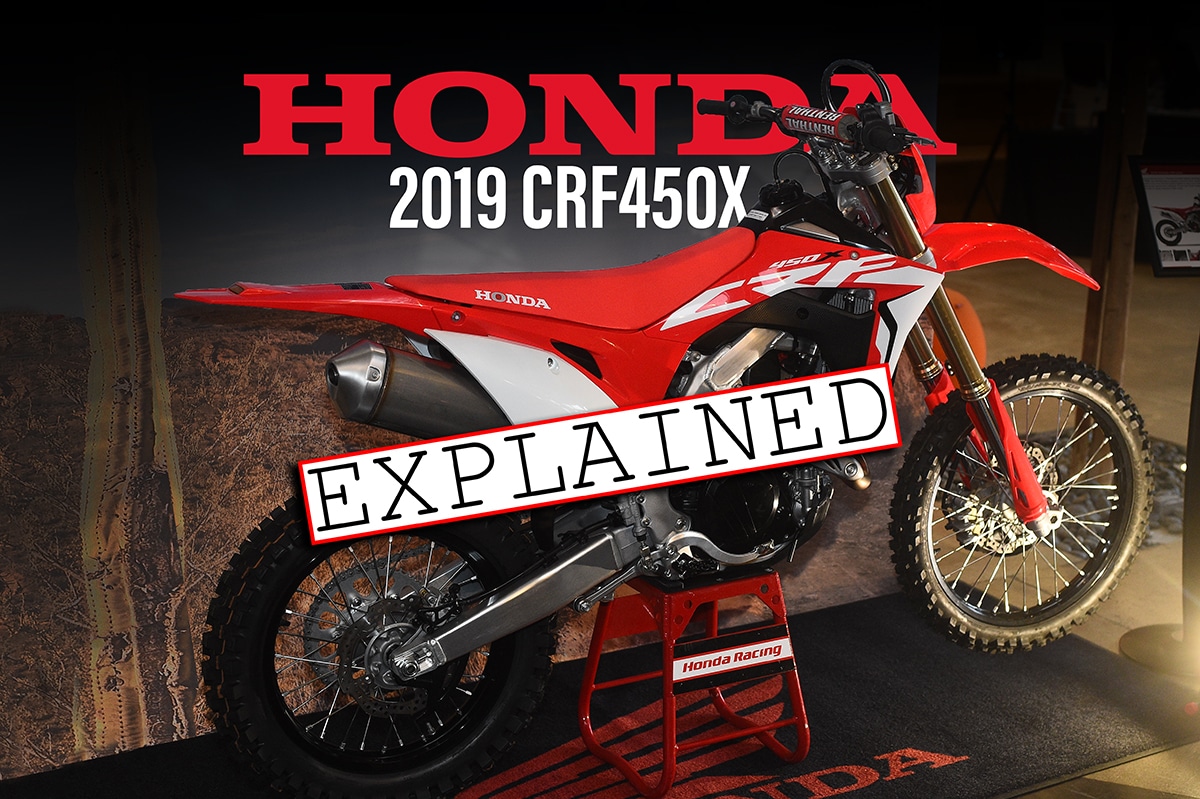 The Honda CRF450X was originally introduced in 2005, almost 14 years ago. In that time, it’s become a favorite among Baja racers and still wins. Now Honda has a new CRF450X, with a fuel-injected engine and a chassis based on the current 450R motocrosser. It also has a six-speed transmission and is fully green sticker legal in California. Honda’s Jason Abbott explains the bike in this Dirt Bike Magazine video production.