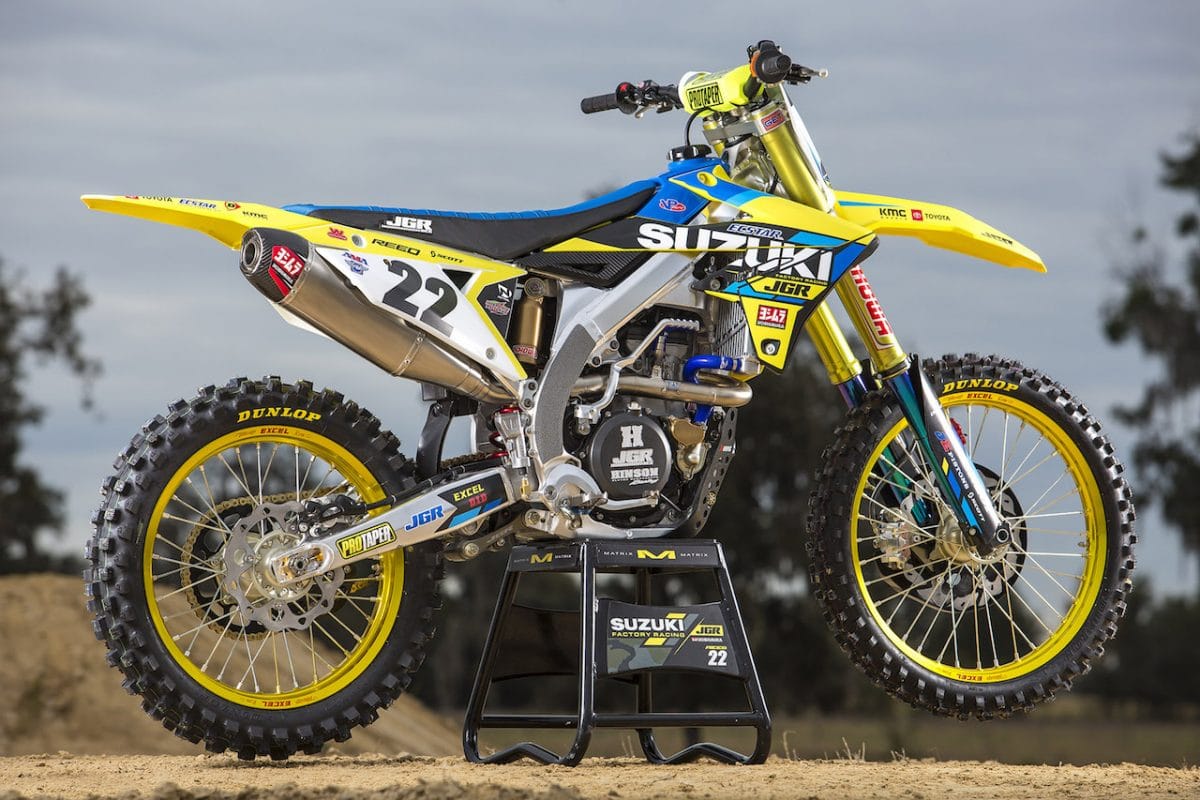 JGRMX/Yoshimura/Suzuki Factory Racing is excited to announce its race teams for the 2019 Monster Energy Supercross series. Geared up for the 450 class is two-time 450 Supercross Champion Chad Reed and Justin Hill. In addition, Alex Martin will join Jimmy Decotis, Kyle Peters, and Enzo Lopes in the 250 class. The four-rider 250 program will race with the all-new 2019 Suzuki RM-Z250. 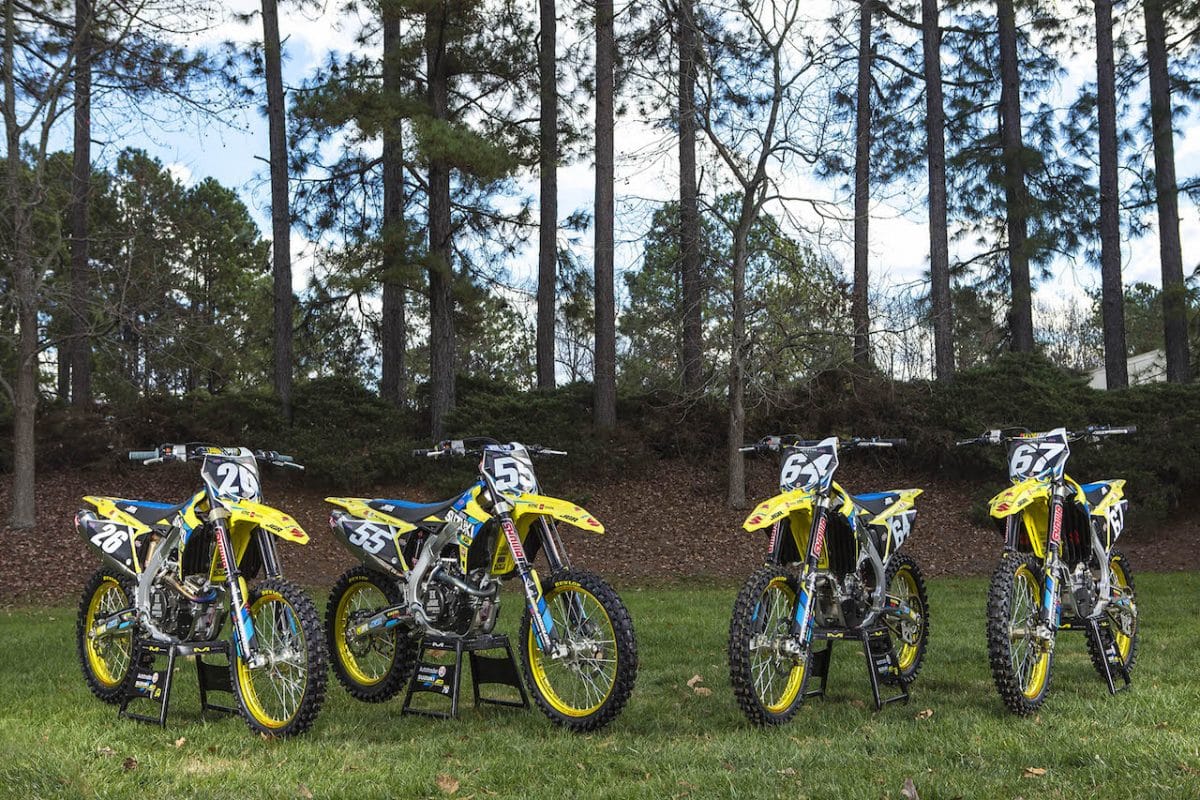 Weston Peick, a 450 class favorite, will also return to the JGRMX/Yoshimura/Suzuki Factory Racing Team for his fifth year. However, due to a serious injury at the Paris Supercross in November where he suffered multiple facial injuries, Peick will not be competing until he is healthy and ready. Peick is hopeful to return to the track this season. Until then, he will be signing autographs and meeting fans at various Supercross races.

Fourth on the all-time Supercross win list, with 44 main event victories, Chad Reed is easily one of the most popular riders in the paddock, and will contest the 17-round 450 Supercross series on a Suzuki RM-Z450. The 36-year-old had a busy off-season, sweeping the S-X Open in New Zealand and capturing the International FIM Oceania Championship. He looks to carry that success into 2019. 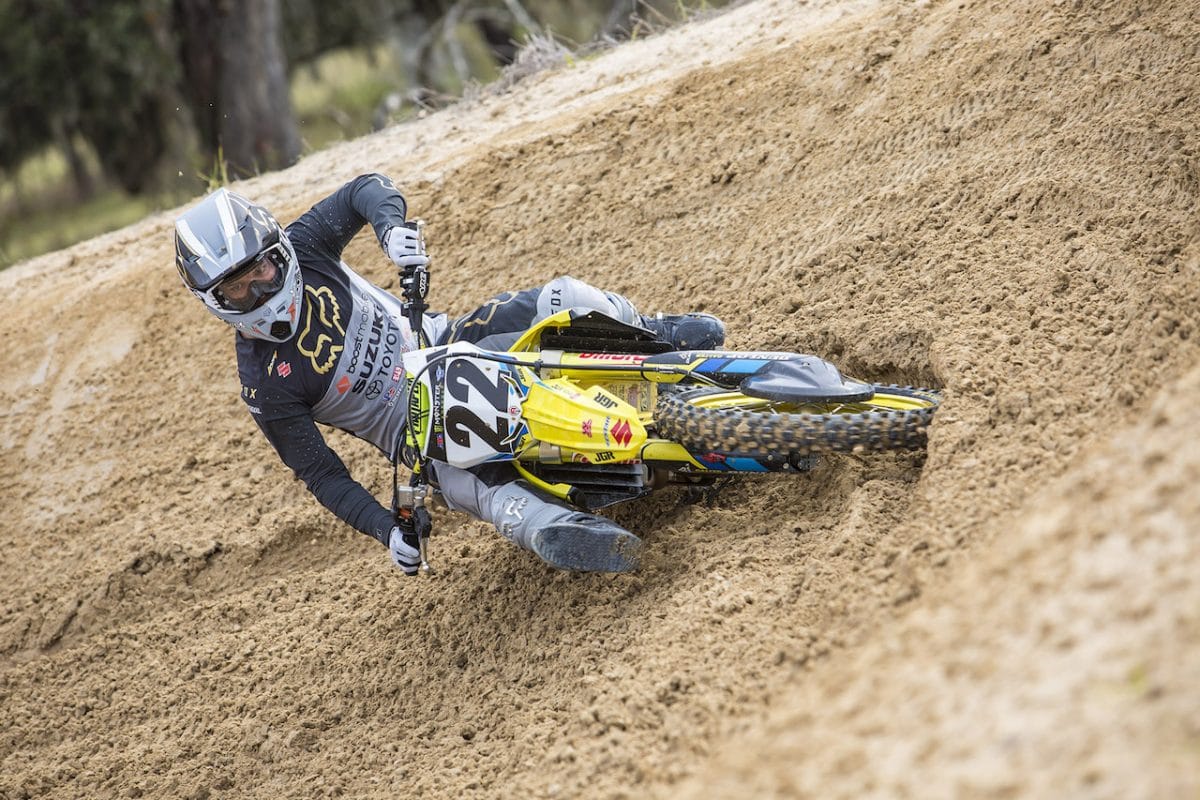 Justin Hill, the 2017 Western Regional 250 Supercross Champion, is moving up to the 450 class full-time in 2019. The Yoncalla, Oregon native contested several 450 Supercross rounds in 2018 and served notice by logging fast qualifying times and running up front. The 23-year-old is poised and confident heading into Anaheim 1 on January 5th. 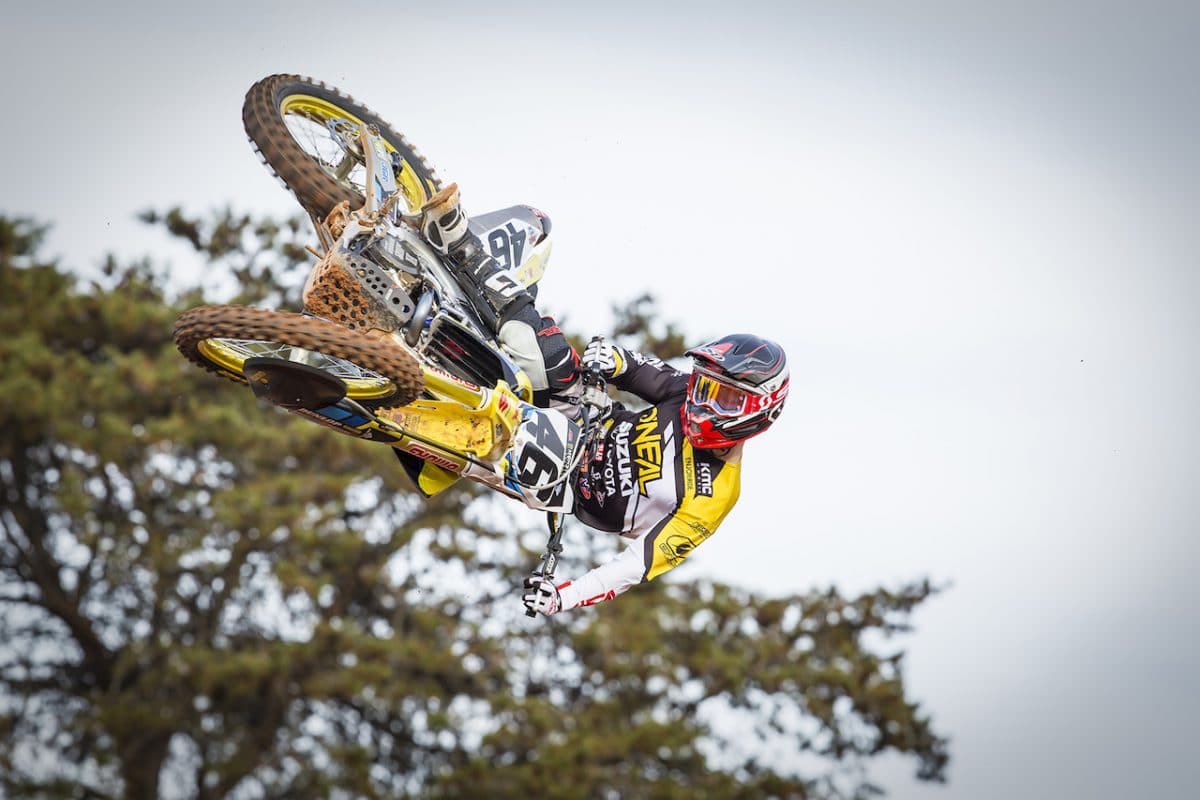 Jimmy Decotis returns to the team for his second year. The Peabody, Massachusetts native earned a podium at the Dallas Supercross and positioned himself as a title contender, before sustaining a back injury midway through the series. Decotis is focused and ready for a great 250 West Supercross campaign. 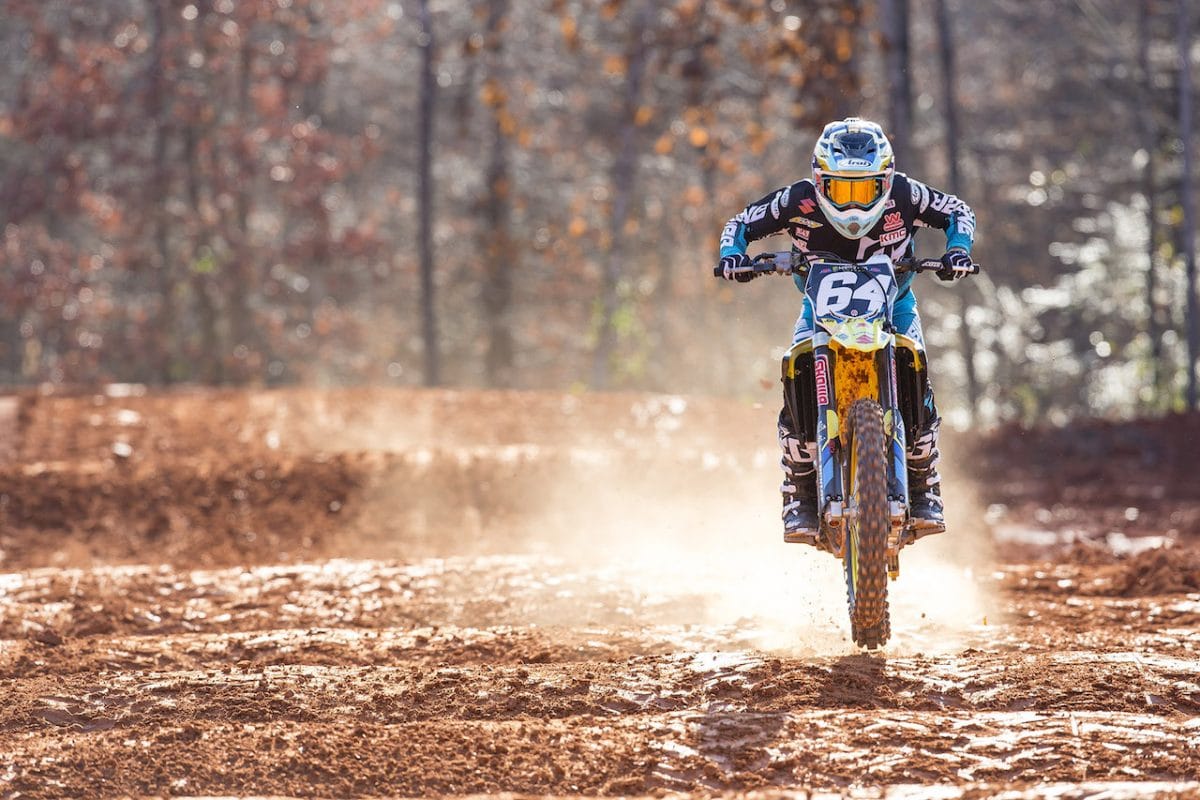 Brazil’s Enzo Lopes raced the 2018 Lucas Oil Pro Motocross Championship under the JGRMX/Suzuki umbrella. The 19-year-old is excited to contest his rookie season of Supercross on the Suzuki RM-Z250. Lopes will join Decotis in the 250 West series. 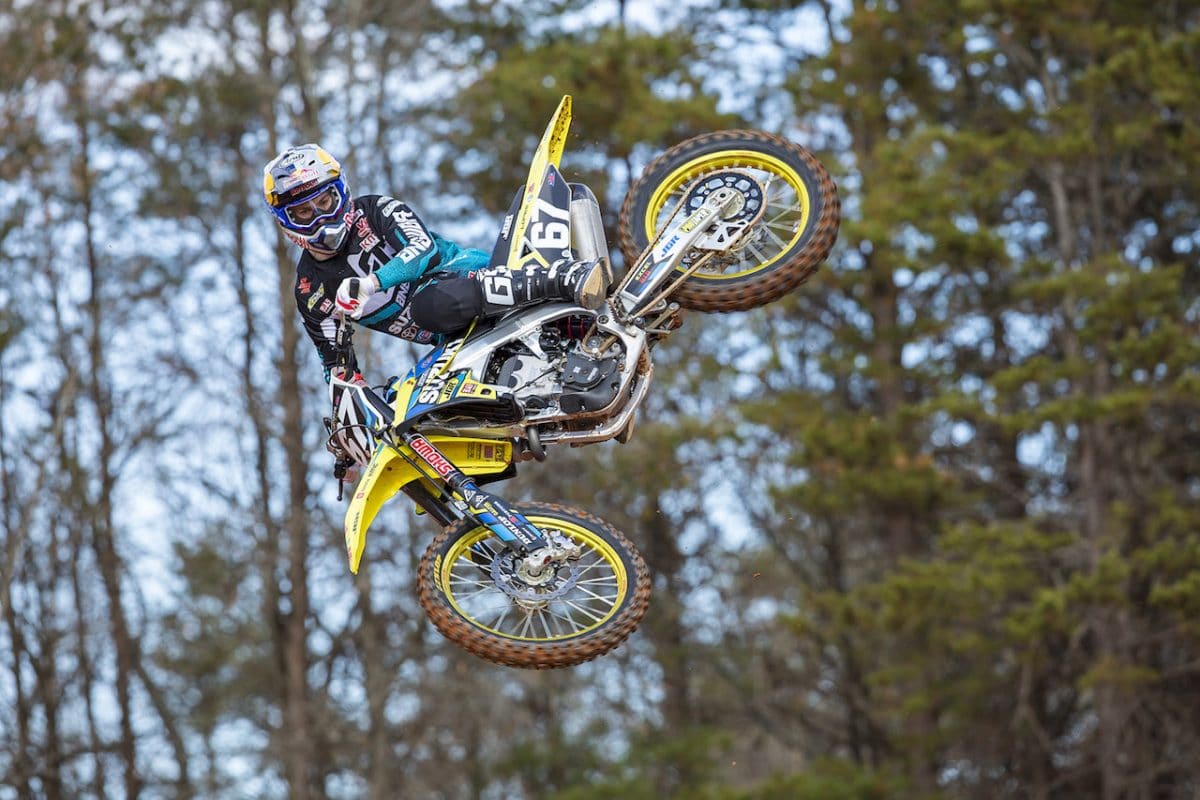 Alex Martin, out of Millville, Minnesota, has three podiums and eight top-five finishes in his Supercross career. The 29-year-old has enjoyed a successful off-season with the JGRMX/Yoshimura/Suzuki Factory Racing Team and is gunning for the 250 East series crown, which begins on February 9th in Minneapolis. 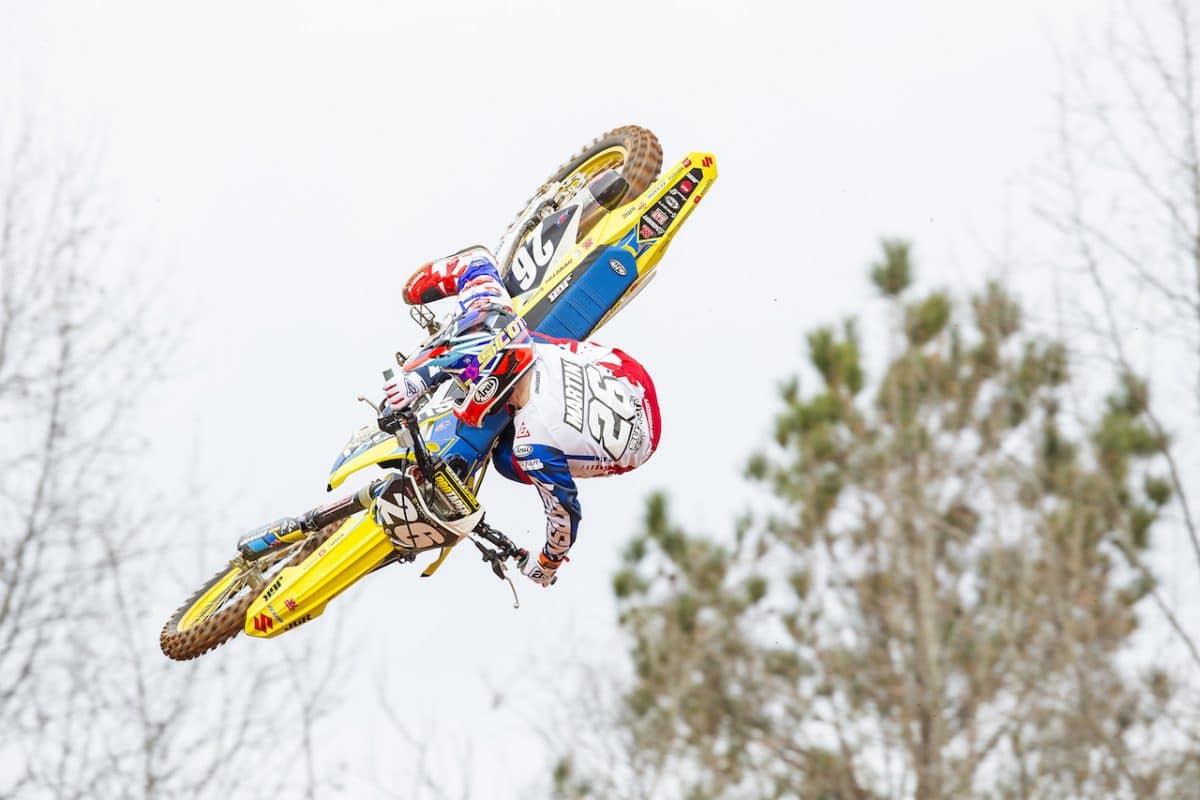 Kyle Peters was the feel-good story of the 2018 Supercross series. The Greensboro, North Carolina resident showed determination and resilience by finishing third at the Foxborough Supercross, while racing with multiple torn ligaments in his knee. Peters underwent surgery and is eager to get back on the Supercross podium. He will join Martin in the 250 East series. 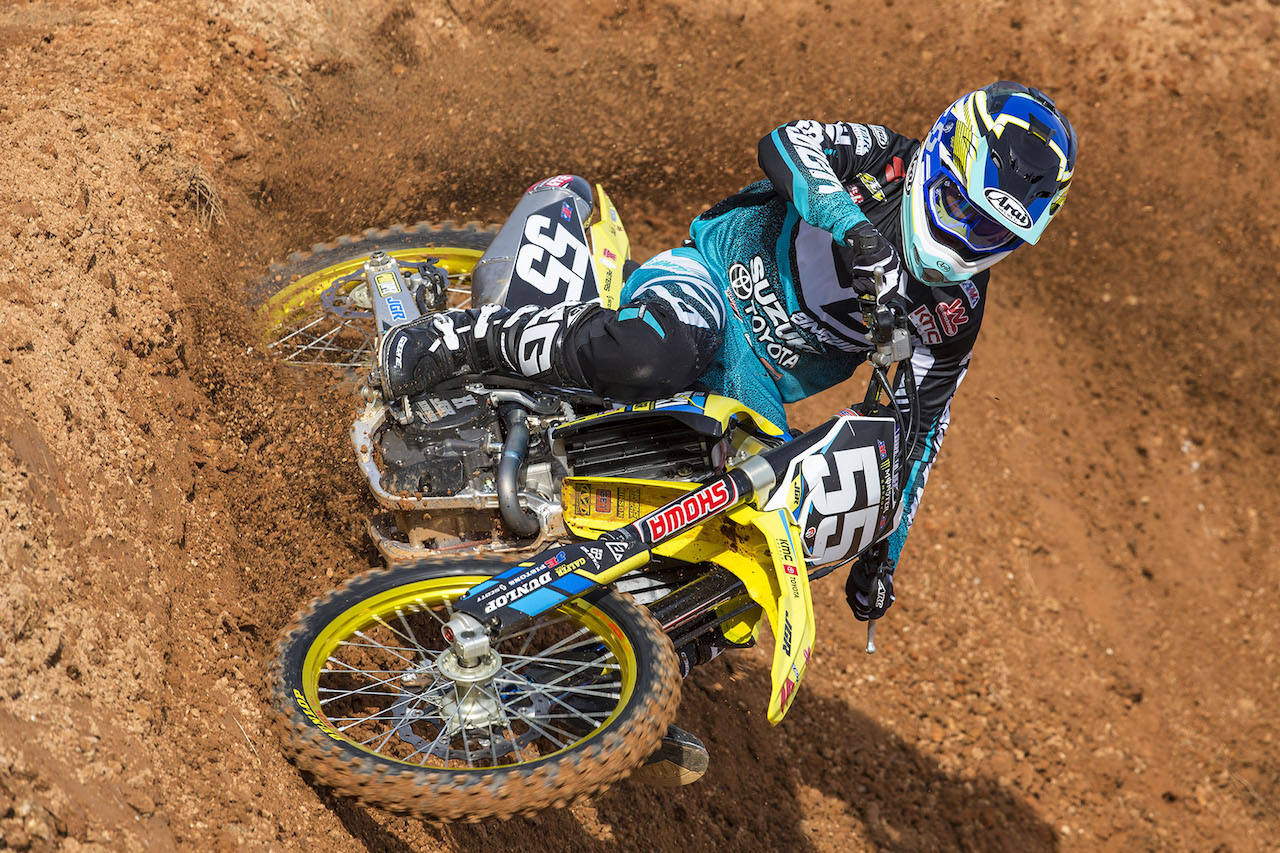 “Chad Reed is a consummate professional, and I see that he has that hunger to win,” said Jeremy Albrecht, JGRMX/Yoshimura/Suzuki Factory Racing team manager. “I’m also eager to see Justin Hill race in the 450 class. The kid is an incredible talent. He has really ramped up his training program this off-season. I am looking forward to Weston Peick lining up to the gate when he’s healthy. Peick is a tough person and fierce competitor.”

Albrecht continued, “In the 250 class, we scored a win and three podiums with three different riders in our first year as Suzuki’s 250 factory effort in 2018. With Decotis and Peters returning to the team, Lopes making his Supercross debut, and proven veteran Martin on the team, I expect bigger things in 2019. 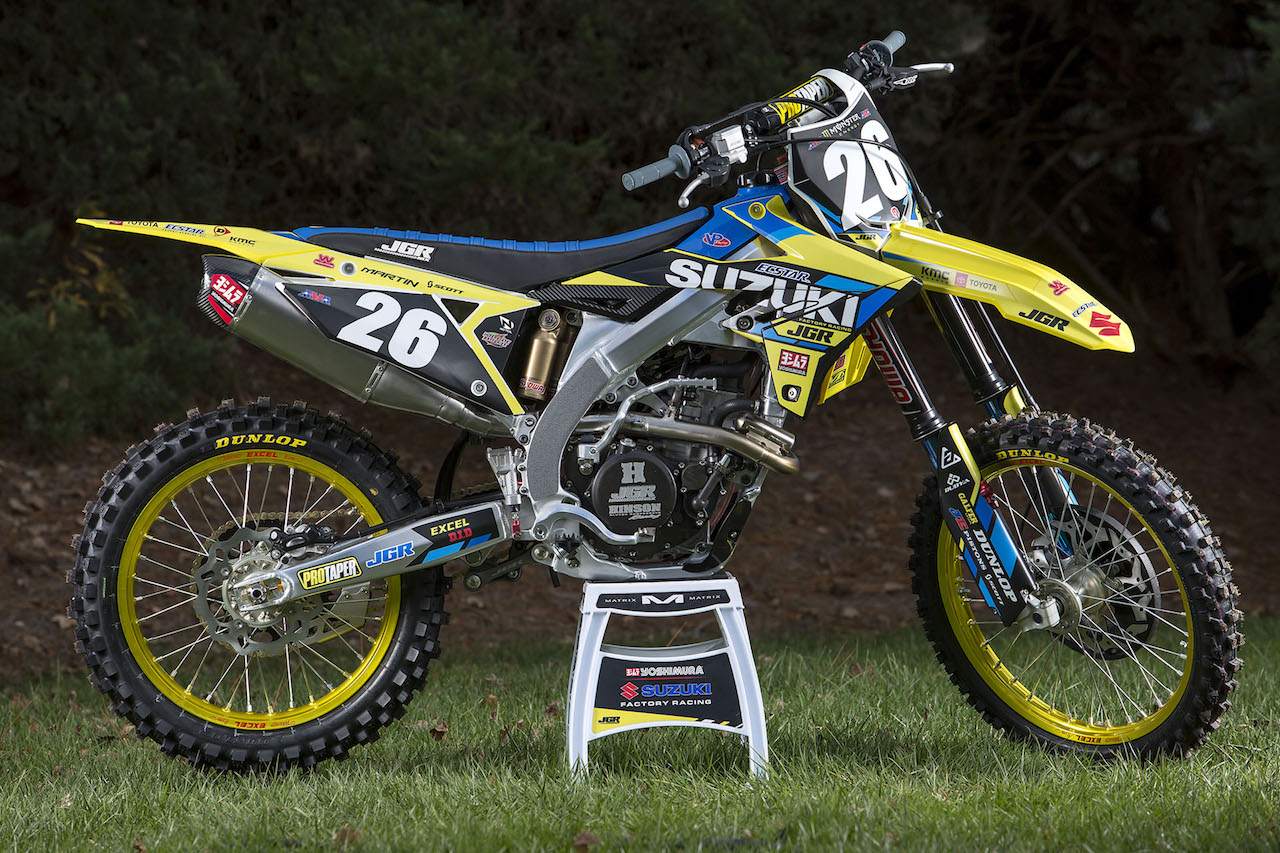