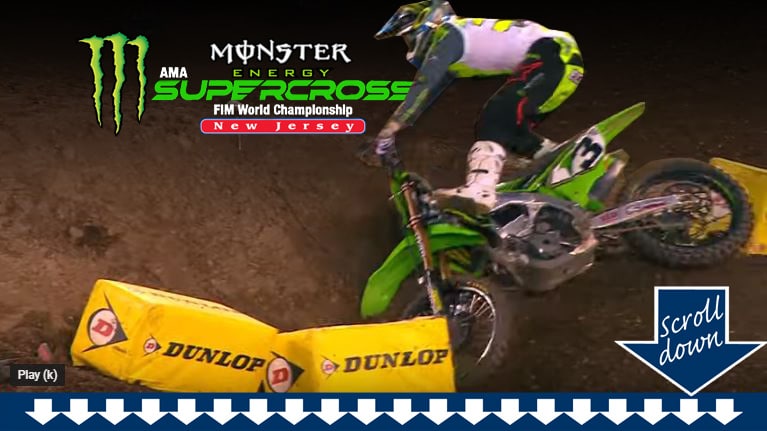 Cooper Webb continued his nearly  flawless run to the 2019 AMA Supercross Championship despite a wild weekend at Metlife Stadium in East Rutherford, New Jersey. Marvin Musquin crashed early in the race ,then the battle for first was between Eli Tomac, Webb and Zach Osborne. There were some crazy moments that took place before Webb finally took the win and extended his lead to 23 points. For more coverage of the 2019 New Jersey Supercross, click here.