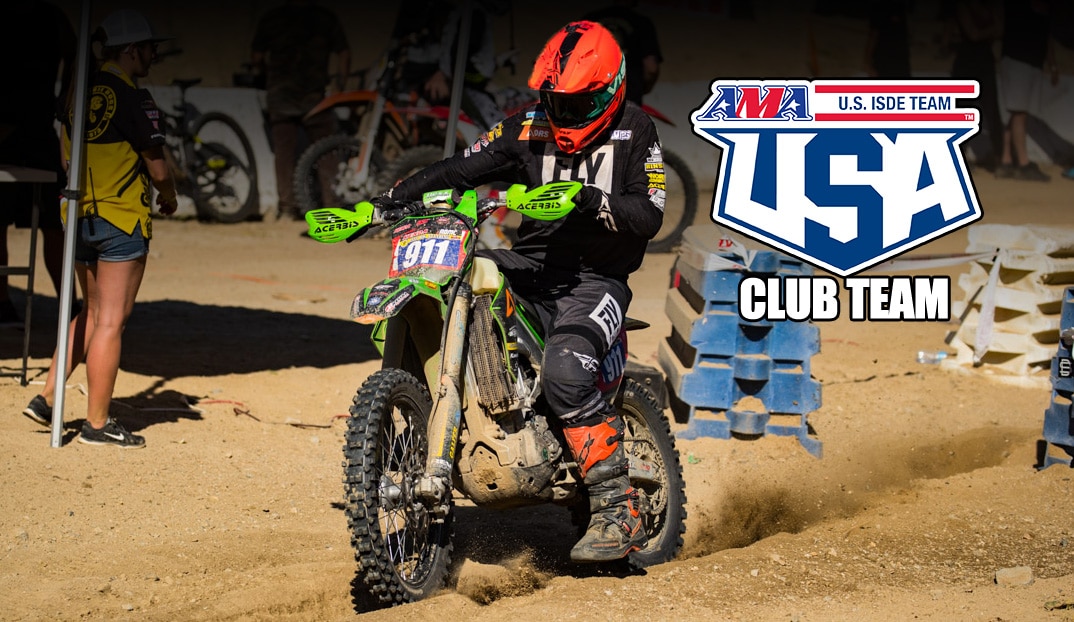 Qualifying for the Club teams involved two, three-round series, with western events in California, Idaho and Nevada and eastern events in Mississippi, Michigan and West Virginia.

The top seven riders, plus one senior rider, in each series qualified for the ISDE Club team rosters. Additional Club team riders were chosen by the U.S. ISDE Committee, based on series participation and individual event results.

“The AMA congratulates the riders who qualified or were selected to the 2019 U.S. ISDE Club teams,” AMA Off-Road Racing Manager Erek Kudla said. “The riders represent the nation’s best amateur off-road racing talent, and we expect our club teams to be very competitive at this year’s ISDE. The event takes place at the Autodromo Internacional do Algarve in southern Portugal for the first time, and our Club team riders’ experience racing on a wide range of terrain is sure to help them succeed there.”

The qualifying riders will be organized into teams, which will be announced as the event draws closer.

About the American Motorcyclist Association
Founded in 1924, the AMA is a not-for-profit member-based association whose mission is to promote the motorcycle lifestyle and protect the future of motorcycling. As the world’s largest motorcycling rights and event sanctioning organization, the AMA advocates for riders’ interests at all levels of government and sanctions thousands of competition and recreational events every year. The AMA also provides money-saving discounts on products and services for its members. Through the AMA Motorcycle Hall of Fame in Pickerington, Ohio, the AMA honors the heroes and heritage of motorcycling. For more information, visit www.americanmotorcyclist.com.