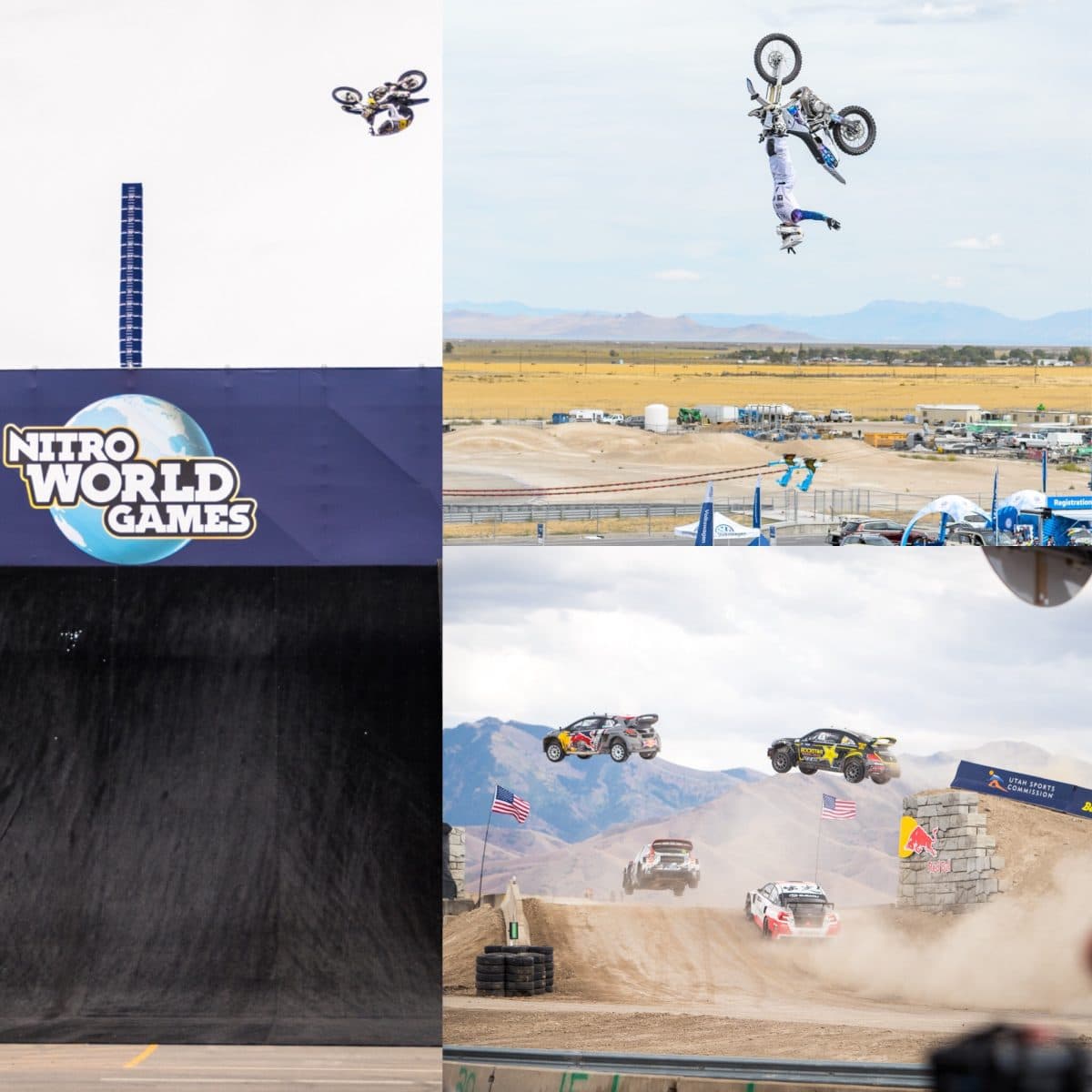 FMX Quarterpipe
The world’s largest mechanical FMX Quarterpipe did not disappoint. The competition began with riders finding their footing on the massive behemoth, but it quickly escalated to them sending it to the moon. In the final round it was down to Colby Raha and Axell Hodges continuously one-upping each other until Raha landed an unprecedented 45.2’ jump off the Nitro World Games Quarterpipe earning him the title of champion and taking home gold.

Nitro Rallycross
An absolutely insane, exhilarating, action packed day of racing left fans and drivers filled with adrenaline and with smiles on their faces. The innovative course design delivered the most exciting racing seen at any rally race, ever. In the words of Timmy Hansen describing the event in one word, “Unreal”.
During Semifinal 1, Timmy Hansen successfully fought off the likes of Steve Arpin, , and Chris Atkinson while in Semifinal 2, Scott Speed took the top spot with Mattias Ekstrom, Travis Pastrana, and Patrik Sandell close behind. Then heading into the Final where already intense racing only increased, eight drivers lined up on the grid ready for combat. Timmy Hansen held his own keeping Mattias Ekstrom at bay with Tanner Foust close in behind.

FMX Best Trick
Sunday’s competitions kicked off with the world’s best riders getting technical for FMX Best Trick. Adam Jones came out swinging throwing down a massive cliffhanger flip earning him a high score and giving him an early lead. Pat Bowden, two-time Nitro World Games FMX Best Trick podium finisher stepped it up with a flawless Look Back Christ Air Flip that shot him into first place. Last up was Josh Sheehan. Sheehan, the one they call the Unicorn, had his sights on first with his Kiss of Death Double Flip but he over rotated and got caught up in his rear wheel (the tire even tore his jersey off). With just one chance left, Sheehan was able to battle fear and wind to land his KOD Double Flip, but it wasn’t quite clean enough to secure him first place.