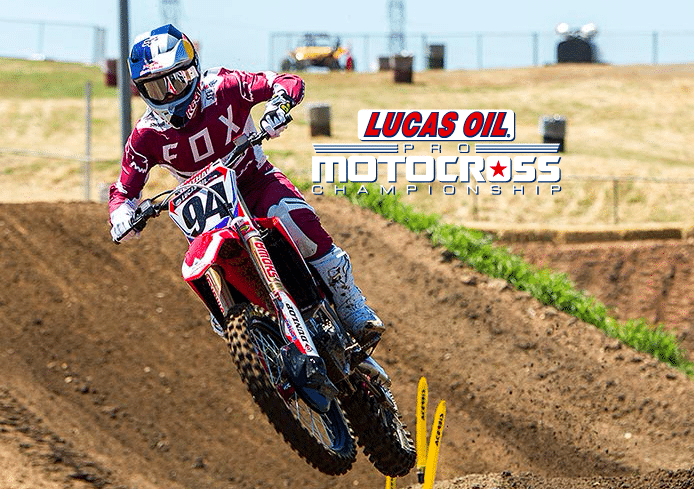 The 2017 Lucas Oil Pro Motocross season was one for the history books, with a number of different winners in the 450 Class and a great championship battle that came down to the final round.

Now a new season is upon us. Twelve rounds of grueling outdoor motocross start this Saturday with the Red Bull Hangtown Motocross Classic. Here’s a look at the season ahead in the premier class. 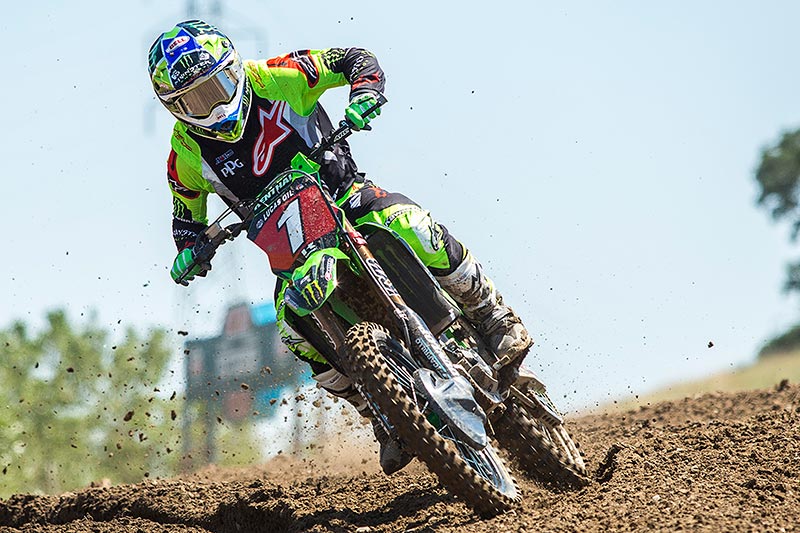 Eli Tomac: The reigning Pro Motocross champion in the 450 Class. He won 9 of 24 motos last year en route to his first premier class title. An early-season injury cost him a shot at a supercross championship this year, but he came back to win eight of the 15 races thereafter, giving him a lot of momentum heading into the outdoor series.

Marvin Musquin: Finished second in 450MX points last summer. The Frenchman topped the 450 Class in holeshots (5), average starting position (5.8) and laps led (120). He also tied Tomac for most overall wins (4). Musquin is coming off a strong supercross campaign in which he finished just nine points behind title winner Jason Anderson.

Blake Baggett: He won a pair of races and was shaping up as a title contender last summer until an untimely thumb injury caused his second-half results to trend downward. Despite that, Baggett still finished third in 450MX points (only two points shy of Musquin). Any time he’s healthy, his speed makes him a huge threat outdoors.

Jason Anderson: Fresh off his first 450 Class supercross title, the Rockstar Energy Husqvarna rider will try to carry that success over to the Pro Motocross season. He won two motos (but no overalls) last summer and was in the title chase until the injuries compounded in the second half of the season.

Ken Roczen: The two-time (2014, 2016) 450MX champion is back. Unfortunately race fans haven’t seen much of Roczen over the last 18 months due to a variety of significant injuries. He last raced Pro Motocross in August 2016, so Hangtown will actually be his first outdoor race on a Honda. The question is, how ready will Roczen be? He’s been sidelined since February but has only recently started getting quality time on the bike. (His first full-length motos came just last weekend.) If healthy and fit, we know the German import can contend for a championship, but a slow start would not be surprising. 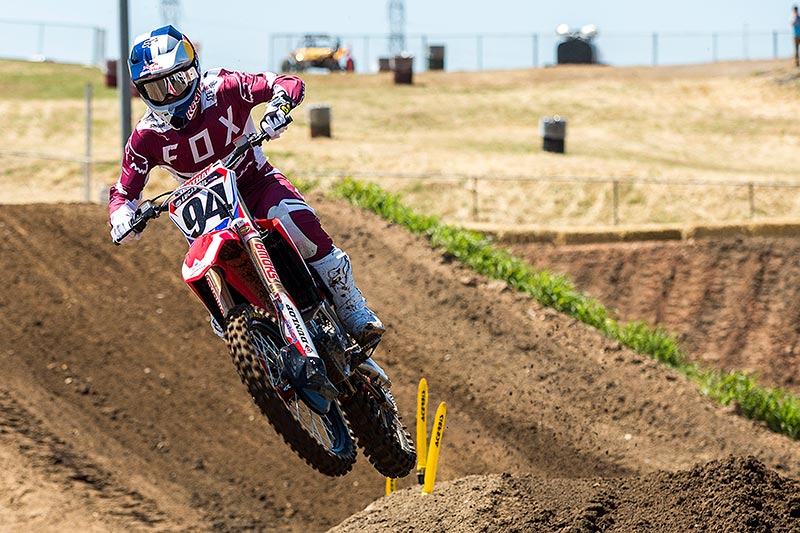 Will we see Ken Roczen return to his old form this summer? (Photo: Chris Ortiz)

Cooper Webb: Out for at least the first four rounds due to a fractured tibia and fibula suffered in April. Monster Energy/Yamaha Factory Racing says it will be a “week-by-week assessment” after that to determine when he’s able to return. Alex Ray will fill-in starting with Round 2 at Glen Helen.

Justin Bogle: Will miss the start of the season due to a broken humerus and an L2 vertebrae fracture sustained in February. Bogle, who won his first career 450MX race last year, got back on the bike a few weeks ago but isn’t ready to return to racing yet. Phil Nicoletti will fill-in in the meantime.

Josh Grant: Still recovering from a fractured leg he suffered in February. Grant had hoped to return for the start of the Pro Motocross season, but the doctors re-evaluated him early this week and decided that the injury needs more time to heal. An exact timetable is unknown.

Dean Wilson: Appears likely to miss the entire Pro Motocross season after suffering his third ACL tear since 2015. The injury occurred while Wilson was testing at Glen Helen last week.

Cole Seely: It’s been a long road to recovery since Seely fractured his pelvis and sacrum in February. He was finally able to start walking again last month, but he won’t be racing this summer. Christian Craig has been called up from the GEICO Honda squad to replace him.

Broc Tickle: His racing future remains uncertain after being suspended by the FIM due to an anti-doping violation. (He tested positive for methylhexanamine after a February supercross race.) Tickle is currently fighting the allegations, but a solution does not appear to be imminent, and Red Bull KTM has already terminated its contract with him. It doesn’t appear likely that the team will hire a replacement rider this summer. 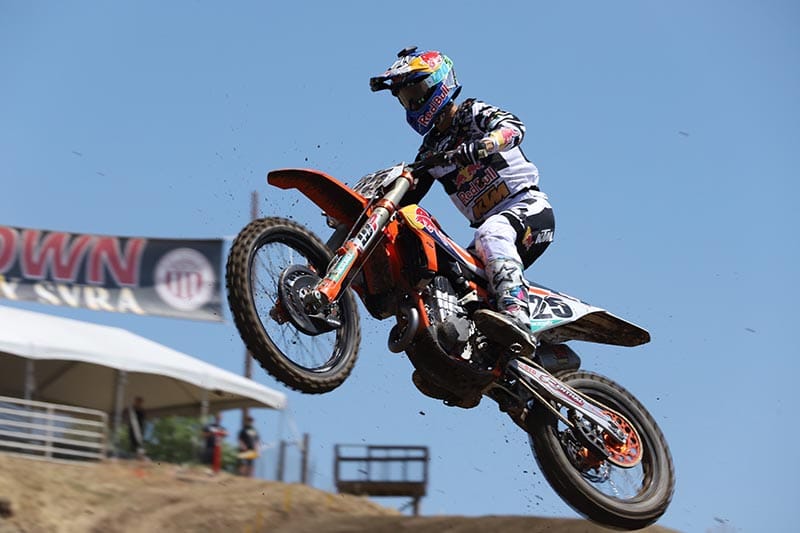 Tomac vs. Musquin
Last year, these two riders combined to win 16 motos and eight overalls, and lead 234 laps. The title fight centered on these two for the majority of the season, and that might be the case again this year. That already makes for a strong rivalry, but given the way events unfolded during the supercross season — Musquin made a controversial last-lap block pass on Tomac to grab a main event win in Foxborough, and Tomac didn’t take too kindly to it — there could be a little bad blood added to the mix this summer.

Ken Roczen’s return
As discussed above, Roczen’s readiness will be a major factor in determining the direction of this championship fight. Although he should only get better as the summer progresses, it sounds like he’s tempering expectations for at least the first three rounds. There’s a wide range of outcomes that are possible here, but if Roczen minimizes the damage early in the season as he gets up to speed (or if he exceeds his own expectations), that could spell trouble for the rest of the field.

What to expect from Justin Barcia?
Another rider with a pretty wide range of outcomes is Barcia. Ever since his deal with JGR ended last year, he’s gone from privateer, to fill-in, to full-time factory rider with Yamaha. The 2017 Pro Motocross season wasn’t one to remember for Barcia, who missed four rounds and finished 13th in points, but if he can return to the form we’ve seen in previous years, he could be up there battling for podiums and possibly even wins.

How many different winners?
Last season, the 450 Class saw six different motos winners (Tomac, Musquin, Baggett, Anderson, Bogle, Jeffrey Herlings) and five different overall winners (all of the above except Anderson). Could those numbers be reached — or maybe even surpassed — again this season?

Auditioning for 2019
All of the major teams have at least one contract that is up at the end of the summer, so expect some shuffling in the offseason. Justin Barcia, Cooper Webb, Weston Peick, Justin Bogle, Josh Grant and Dean Wilson are among the riders approaching the end of their contracts, but unfortunately several of them are currently dealing with injuries. For those who are able to race at least a few rounds this summer, it’ll be a good chance to audition for a new contract. With Zach Osborne and Justin Hill on their way up to the 450 Class next year and already under contract for 2019, a few big names could end up getting squeezed out.

Alex Ray gets the chance of a lifetime
Injuries are an unfortunate part of motocross, but they do have a silver lining — sometimes they provide incredible opportunities for other athletes. Such is the case at factory Yamaha, where Alex Ray has been called upon to fill-in for Cooper Webb. Ray, 25, rode for Cycle Trader/Rock River Yamaha during the 2018 supercross season but did not have a ride for outdoors. He has appeared in 13 Pro Motocross races since 2014, including two last year. His best overall finish so far is 25th, which he earned last season at Washougal with 22-28 moto finishes. 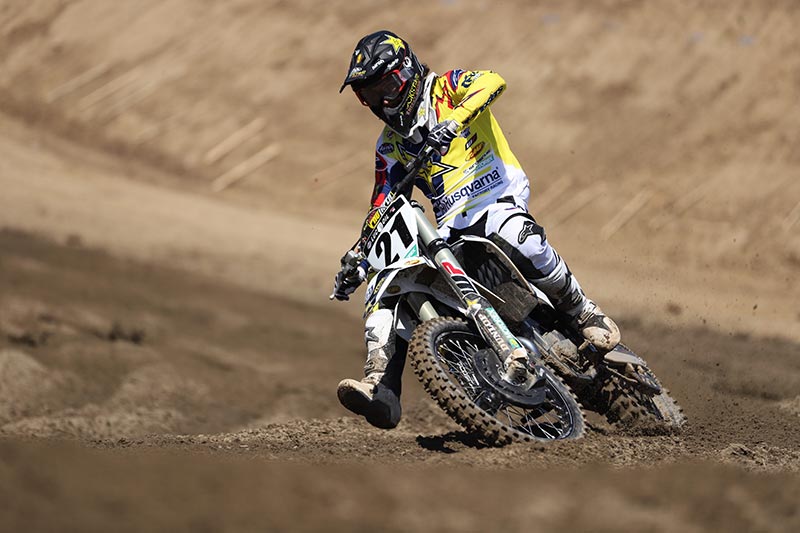