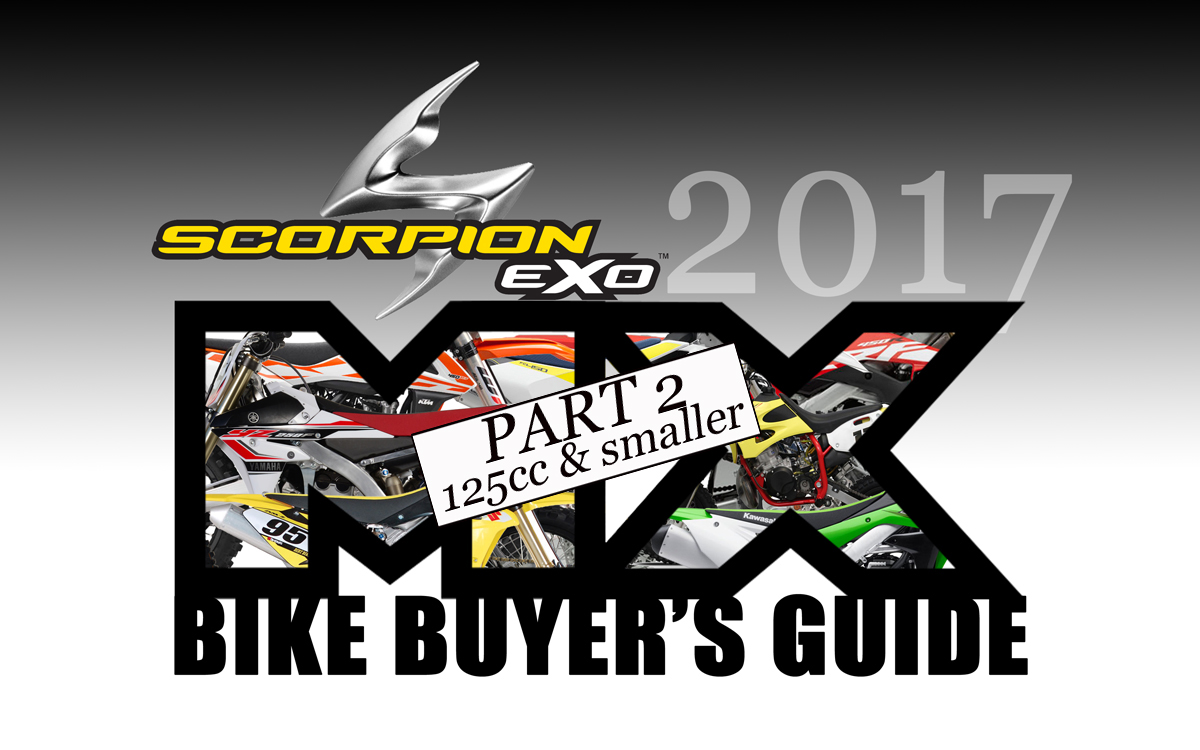 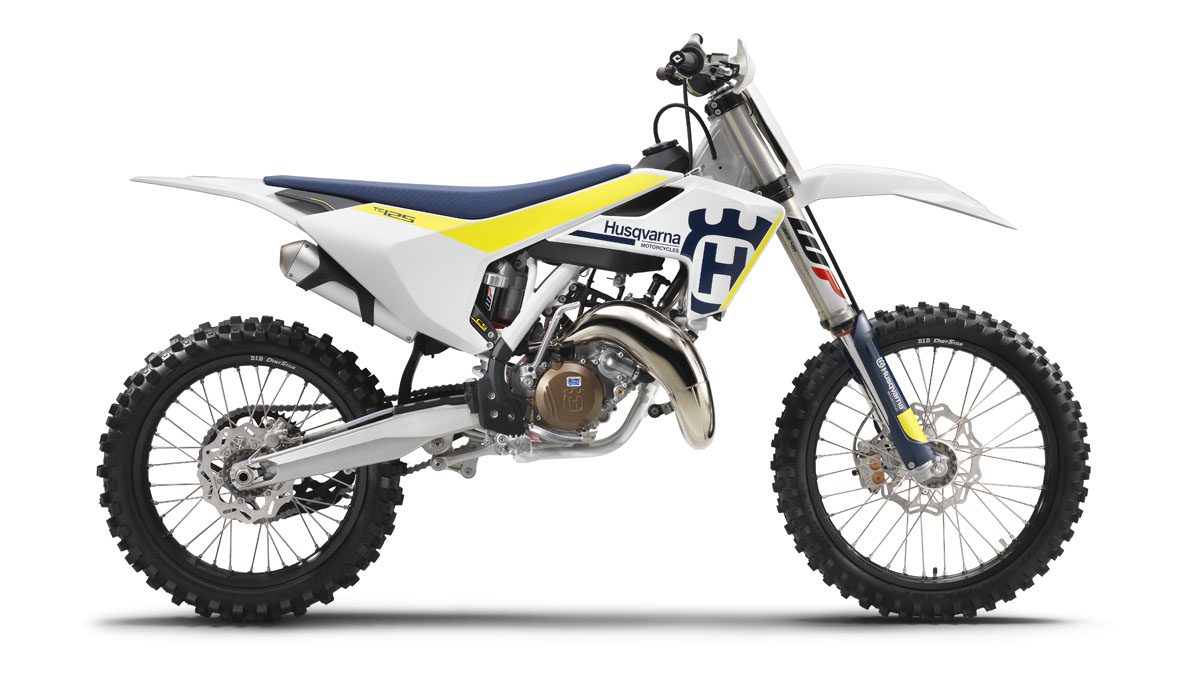 This two-stroke was completely new in 2016, which was the first indicator that Husqvarna was reinvesting the the concept of two-stroke dirt bikes. For 2017, the bike is further refined and it gets a new Mikuni carburetor and the WP AER 48 air fork. It still has a Magura hydraulic clutch, a six-speed gearbox and DID Dirt Star rims. 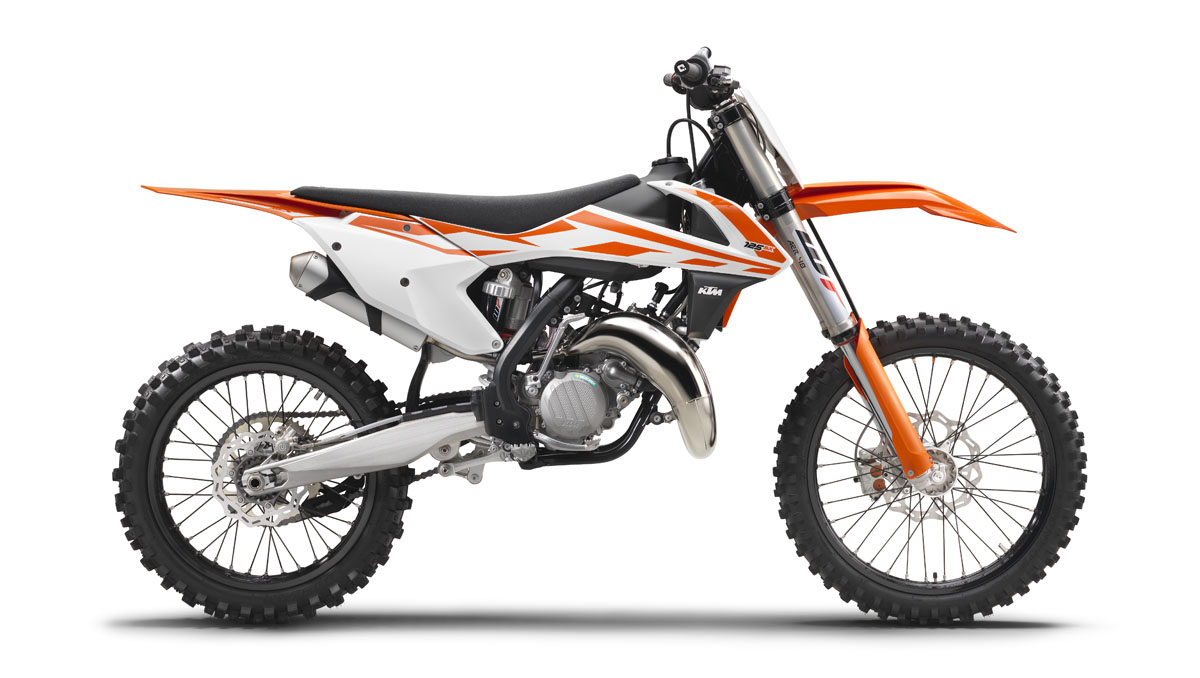 When KTM redesigned this bike in 2016, it revitalized the 125 two-stroke world. We wouldn’t be surprised if even Yamaha saw an increase in sales, thanks to the commitment KTM made to the two-stroke engine platform. For 2017, the new motor gets a Mikuni carb and the new WP AER 48 airfork. It also gets a number of updates as you might expect in a second-year model. 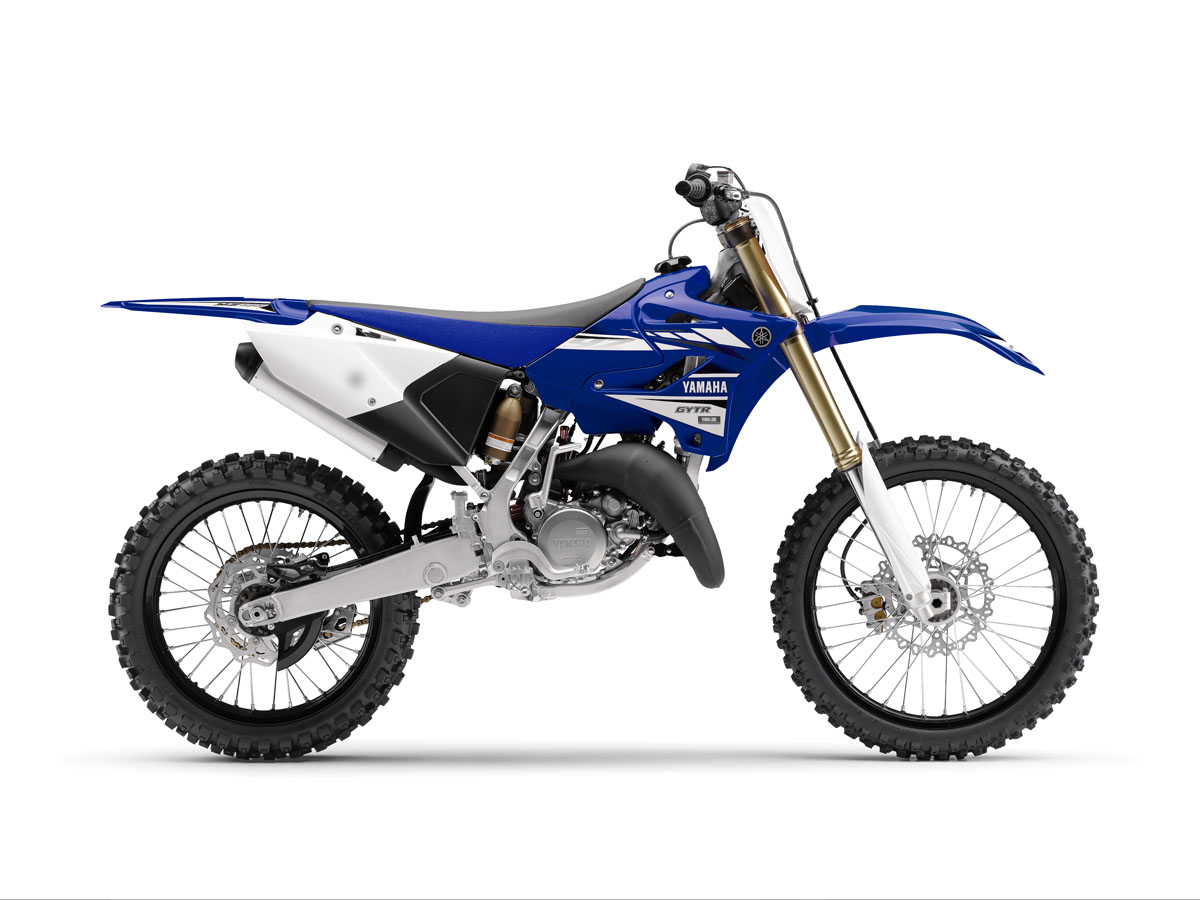 The YZ125 two-stroke motor hasn’t changed much in 12 years, but it makes good power and the suspension is the best in the industry. The bike handles flawlessly and makes you wonder why everyone doesn’t ride one. In 2015 it got new bodywork, and while it still doesn’t look like a modern four-stroke, it doesn’t look quite as old fashion as it did. 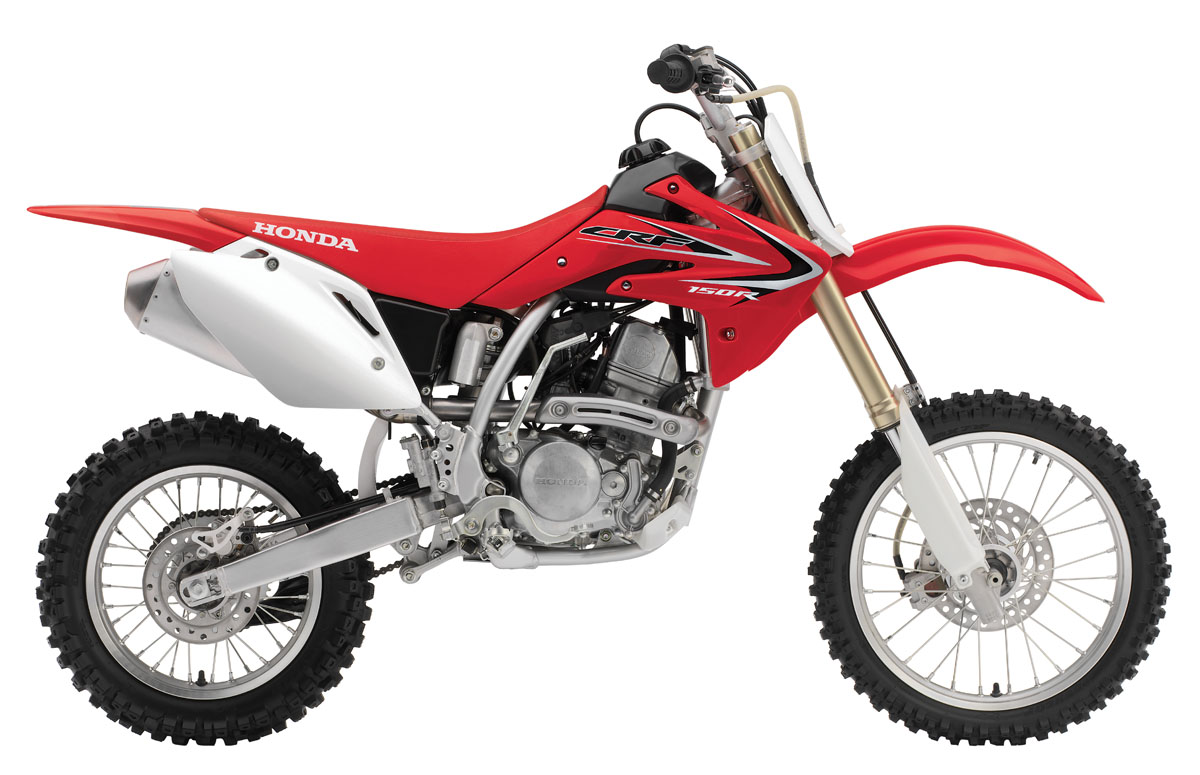 Ten years ago, Honda decided it was going to be an all-four-stroke company, and created a 150cc four-stroke mini racer to compete with 85cc two-strokes. Unfortunately, the market crashed before anyone else joined the club. The CRF150R is slightly faster than most 85s, but heavier and harder to start. Not to be confused with the CRF150F, which is an electric-start trailbike. 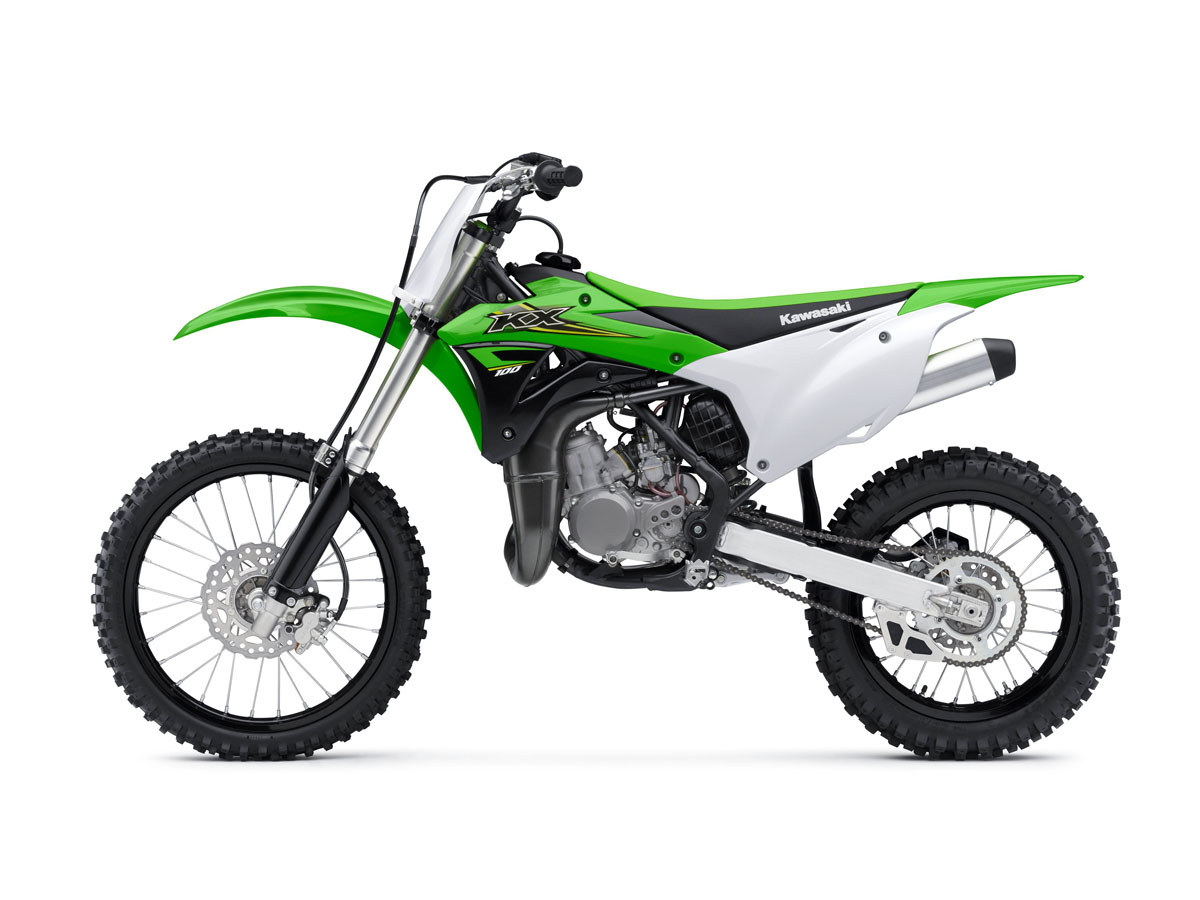 Riders who are a little too big for an 85 can look to the Kawasaki KX100. It has a larger bore, bringing the displacement to 99cc. The wheels are larger, with a 16-incher in the rear and a 19 in front, replacing the 14/17 combo on the 85. Racing rules vary, but the 100 is usually legal in the Supermini class, though it might be at a disadvantage in stock form. 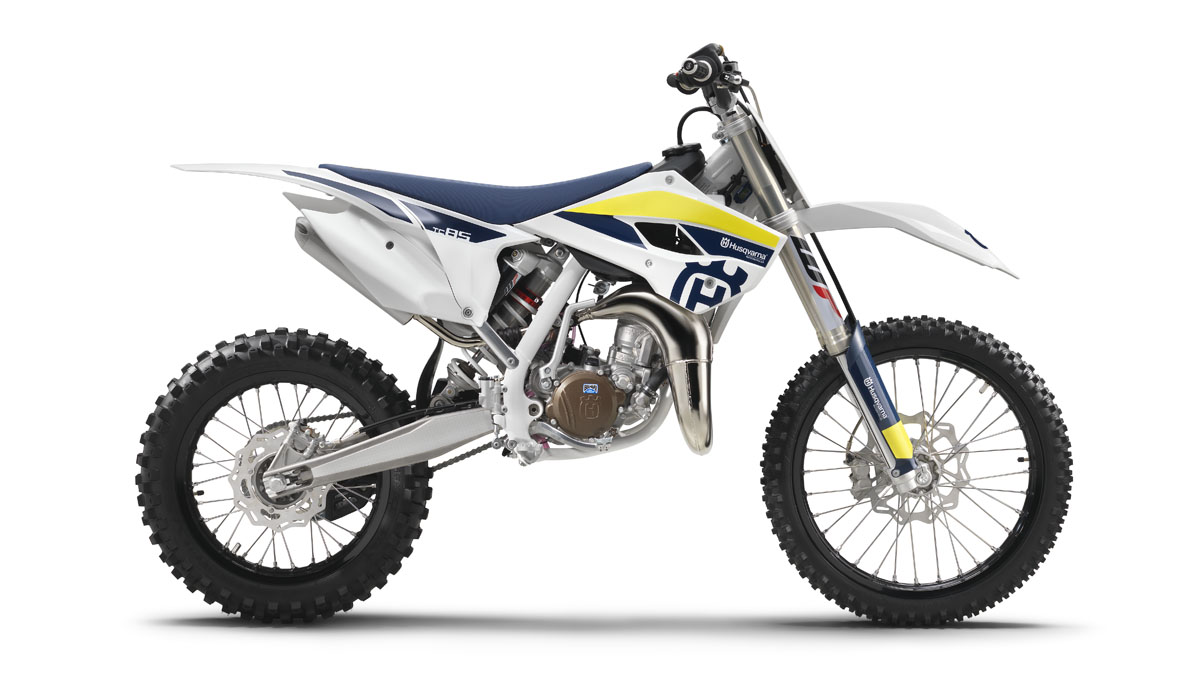 Husqvarna is rapidly becoming a full-line motorcycle maker with all the bases covered. The Husky TC85 currently shares the position of most-coveted 85 with its blood brother, the KTM 85SX. The TC has a powervalve and WP suspension, just like larger Huskys, and it has features that some Japanese 450s don’t, like a hydraulic clutch and oversize bars. There’s a big wheel version for $5799. 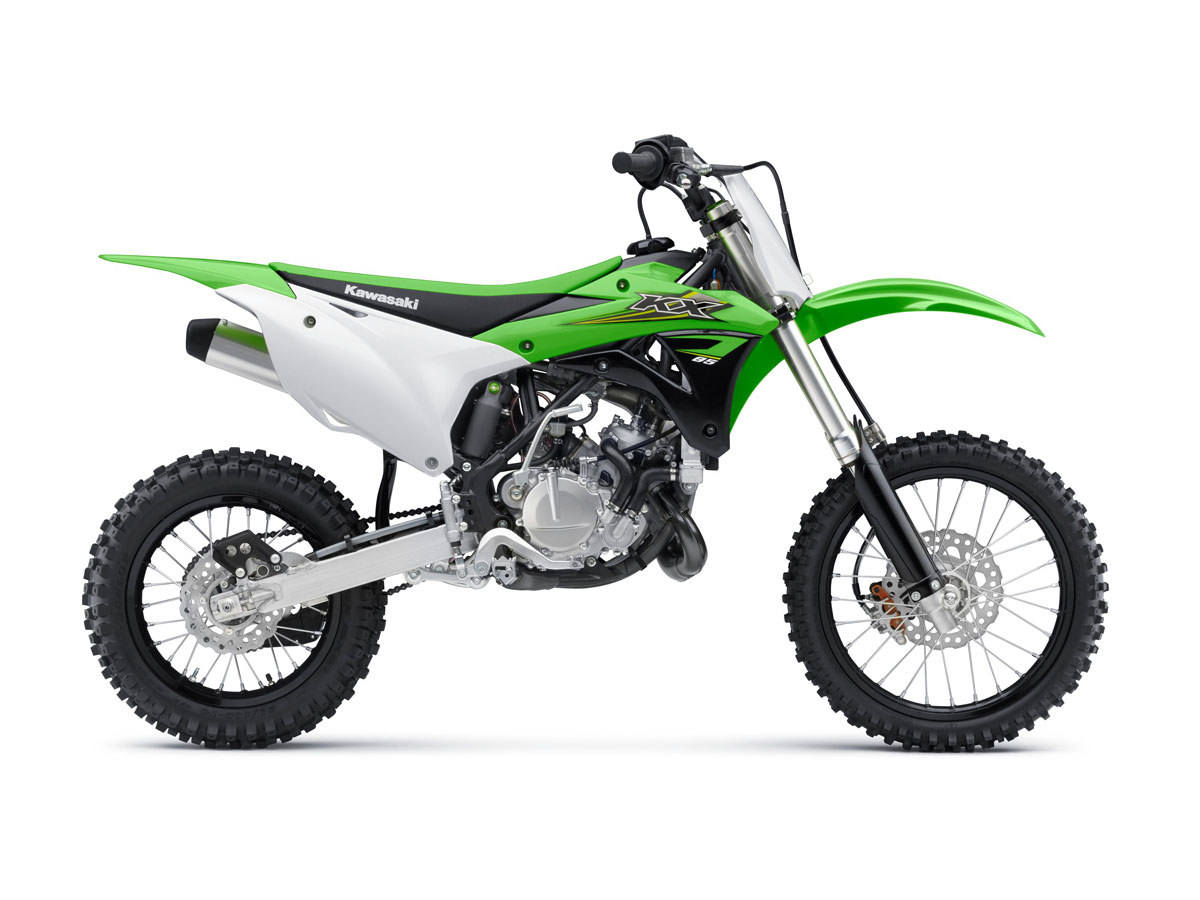 Back in 2014 the KX85 was recrafted and brought up to date with a new top end, new suspension and new bodywork. Now the bike is enjoying a rebirth of sorts on the amateur racing scene. The KX85 returned from the 2016 Amateur Nationals with wins in many of the 85 classes, slowing the KTM tide somewhat. 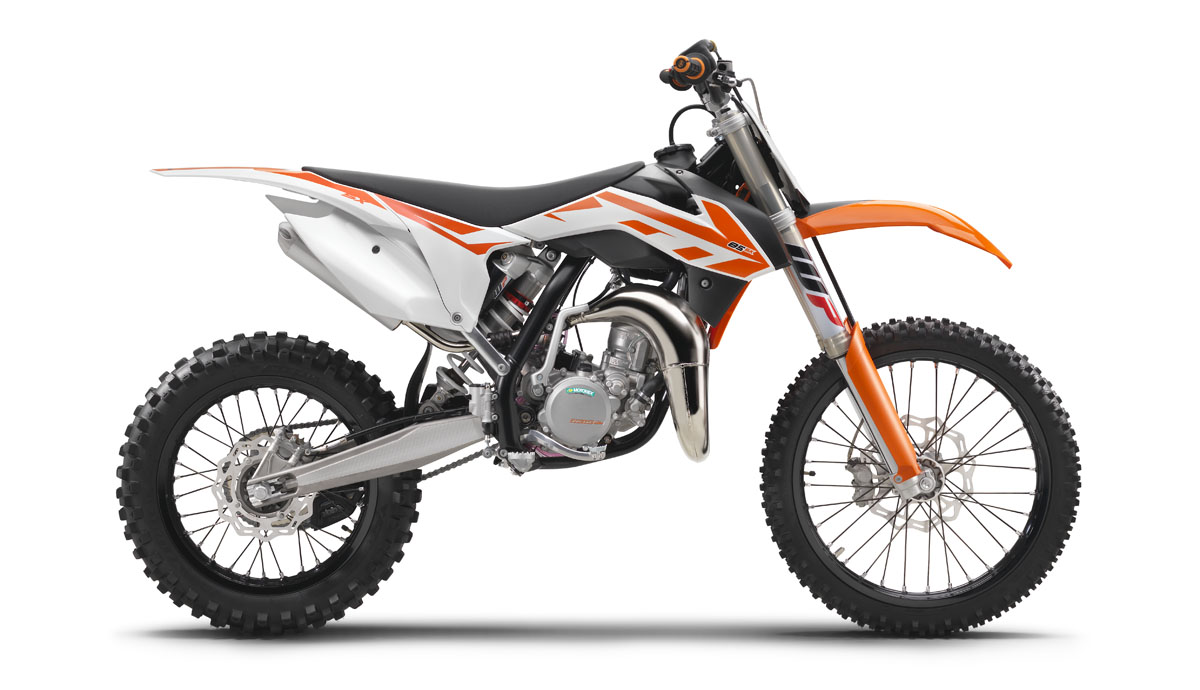 KTM has a fairly large horsepower advantage in the 85 class against Japanese 85s. It’s also the most sophisticated, with a hydraulic clutch, WP suspension (with coil spring forks), Formula hydraulic disc brakes and an oversize handlebar. The KTM is the most expensive 85, but holds its value amazing well on the used market. 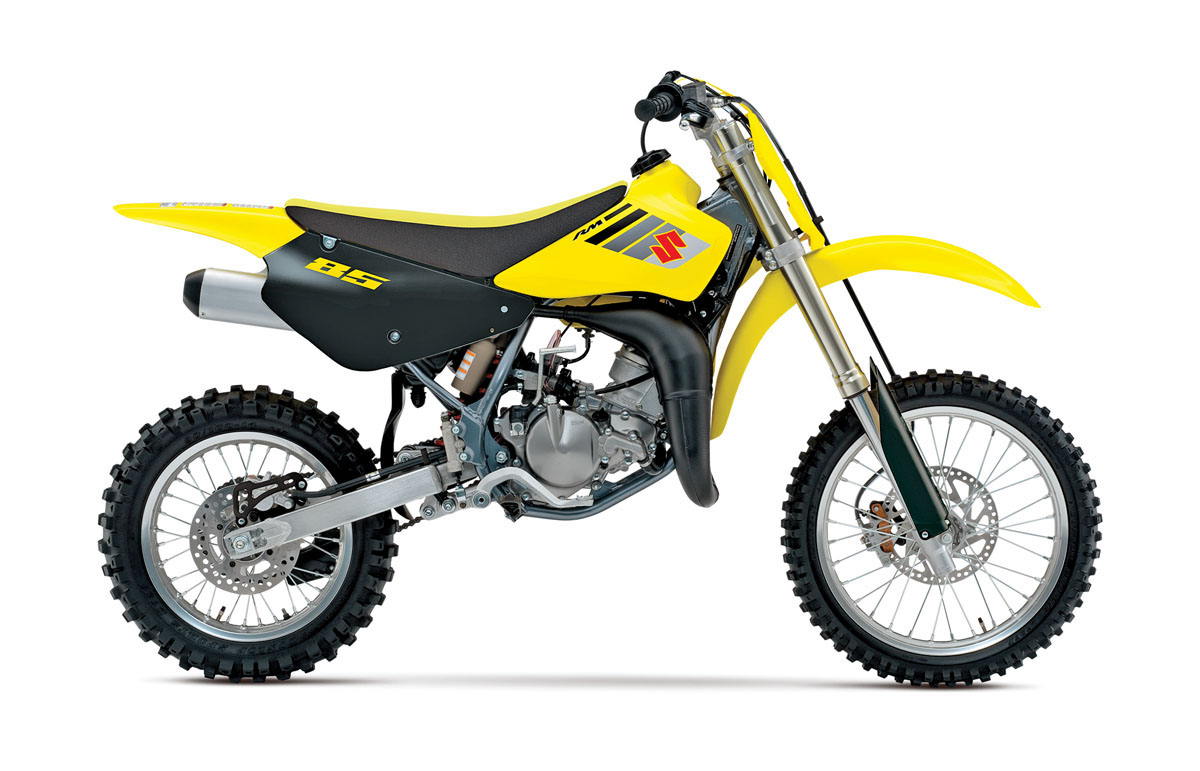 The Suzuki RM85 has the distinction of having gone unchanged longer than any other bike in the motocross world. It’s been around for years, but still is the most beginner-friendly of the 85s with a torquey motor and a low seat height. This year there are some cosmetic updates, but the price is unchanged and remains one of the lowest in the MX world.

Yamaha’s YZ85 was reworked a little over 10 years ago and has gone unchanged since then. As a result, it’s tied with the Suzuki for least expensive of the class. The Yamaha is slightly larger and suited for older riders than the RM85. It’s the only 85 that doesn’t have a power valve, but still is competitive in the horsepower department. 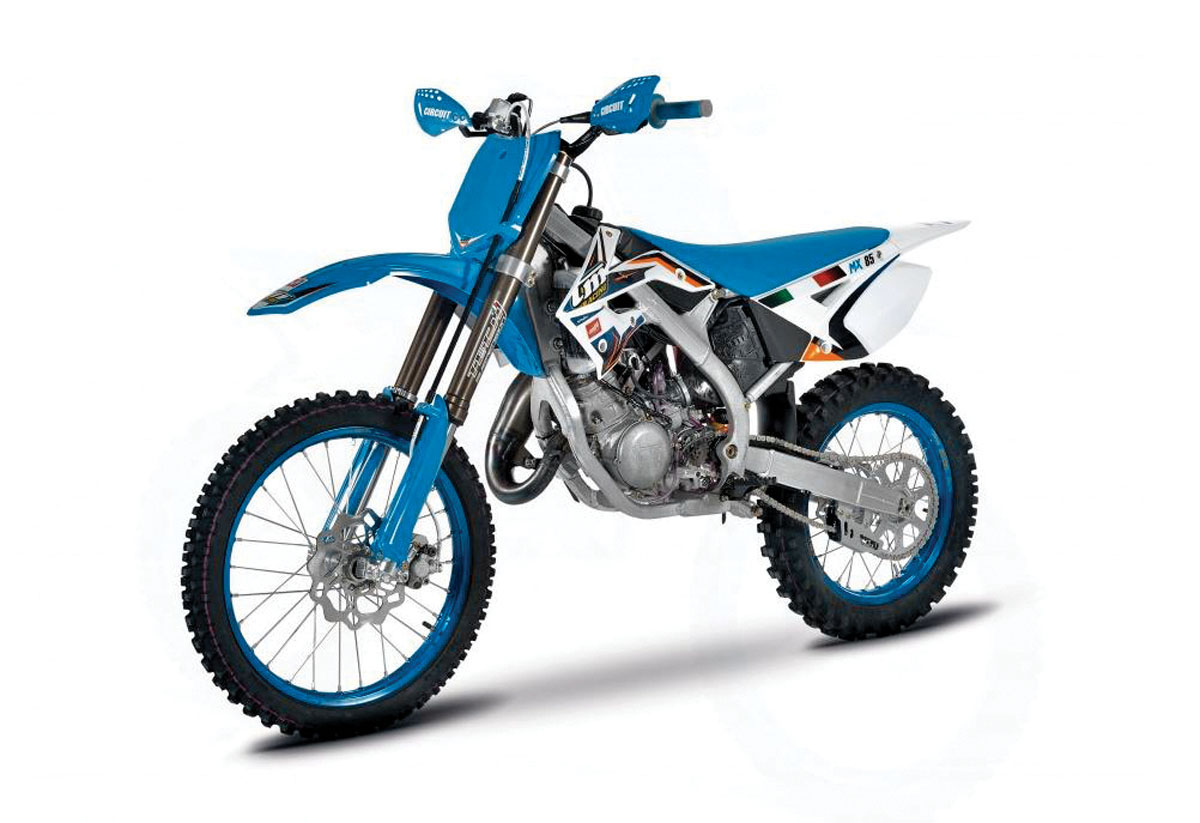 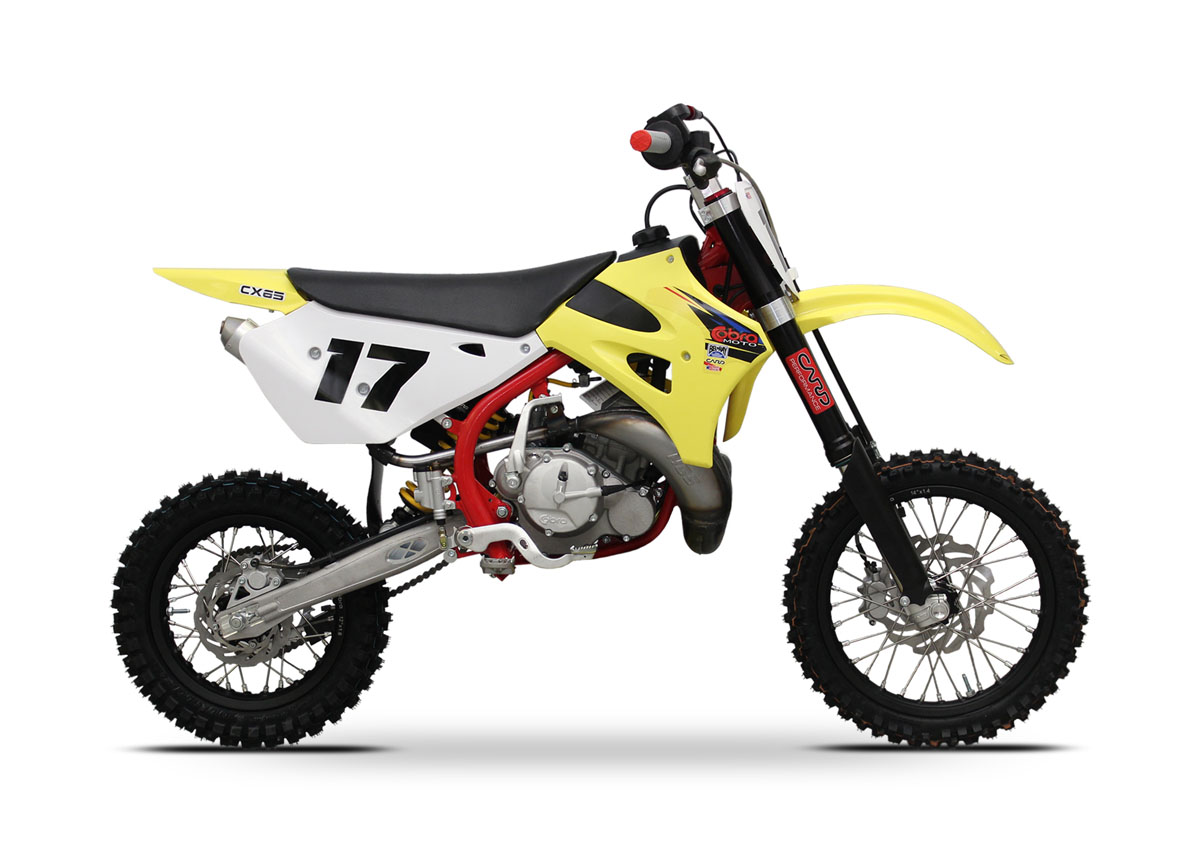 Cobra has won over 300 National titles in the last 10 years. The 65 has been around for a few years now, but has recently come into its own as the only legitimate challenger to KTM in that class. The bikes are hand-made in low quantity with parts mostly made in the U.S. This year the 65 gets the most extensive upgrades since its introduction. 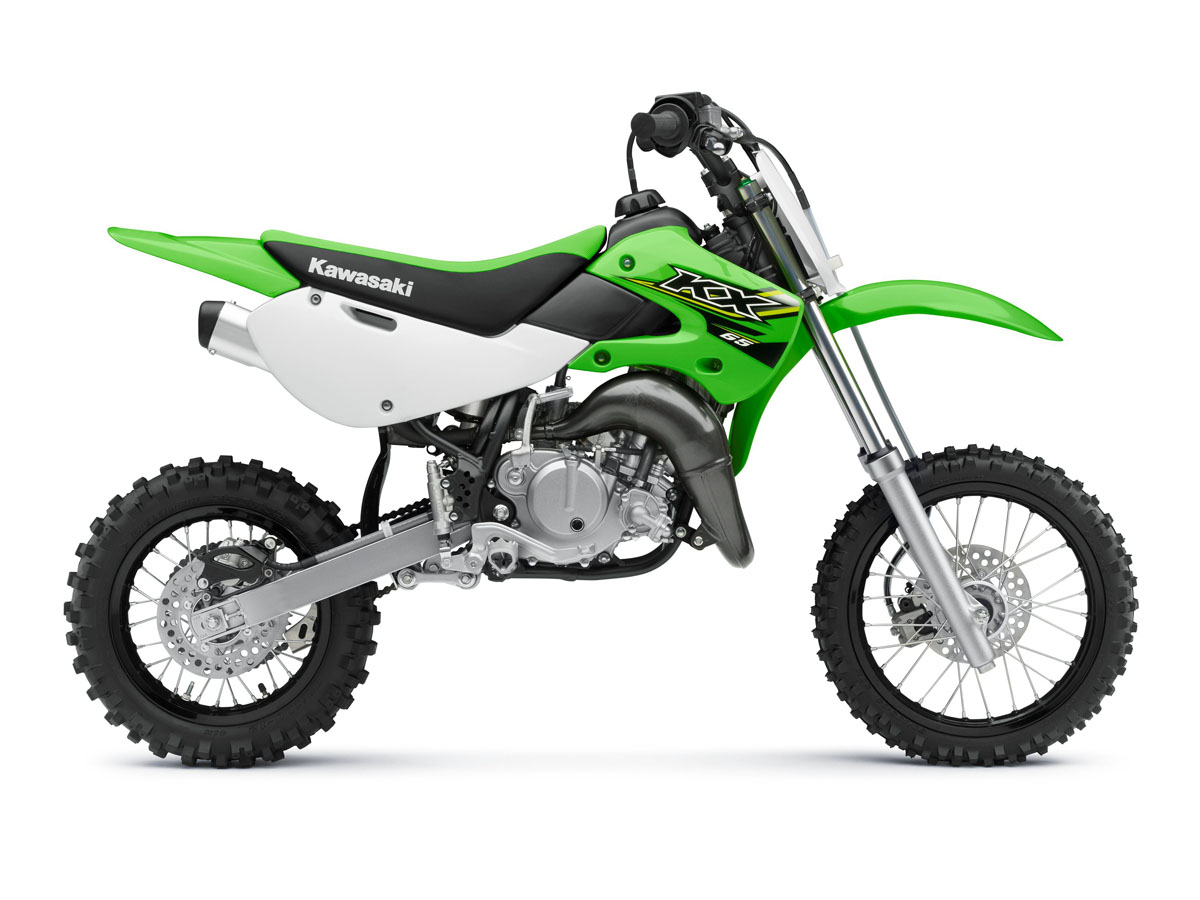 This bike virtually started the class back when it was a 60. It got a serious remake in 2000 and morphed into a 65, but has changed very little since then. It’s one of the smallest bikes that has a manual clutch and is perfect for a transition into racing. At the highest levels, the Kawasaki struggles to keep up with the newest 65s from KTM and Cobra, but sells for much less. 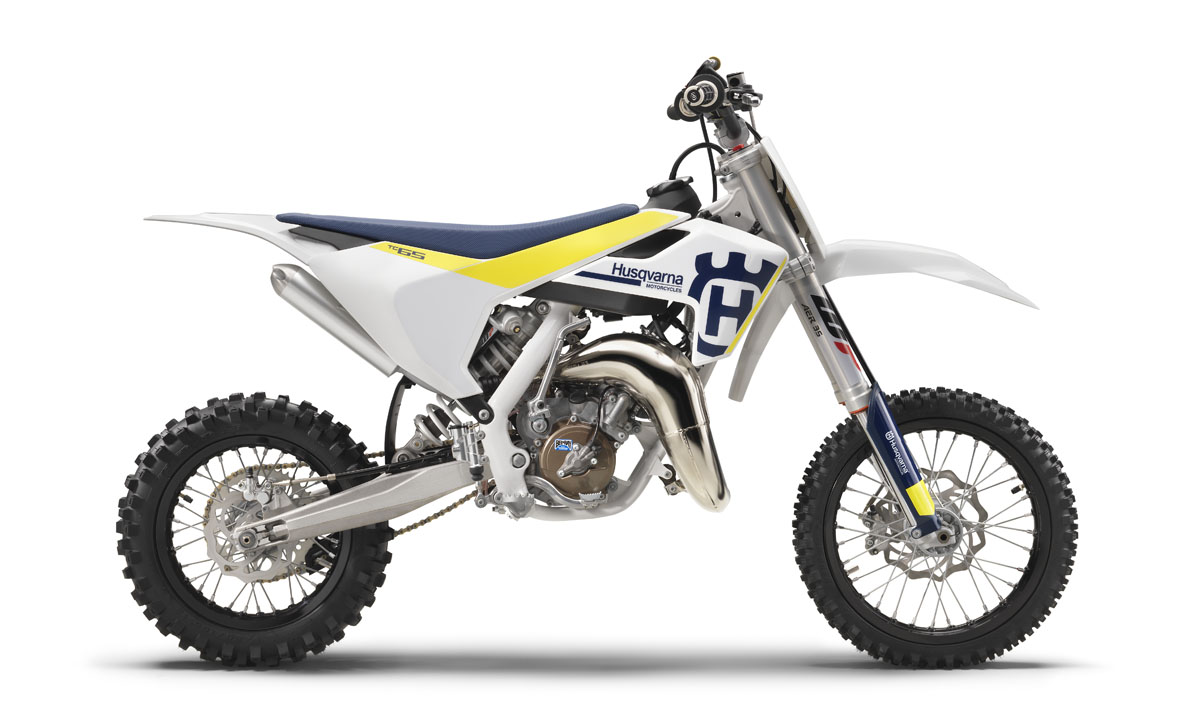 Just when we thought the 65 class in amateur racing had turned into a one-brand parade, Husky announced that it was joining the show. The newly announced Husky TC65 should be similar, to the KTM 65SX in performance, but has different styling, ergonomics and bodywork. It has the WP AER 35 air fork, a six-speed gearbox and hydraulic clutch. 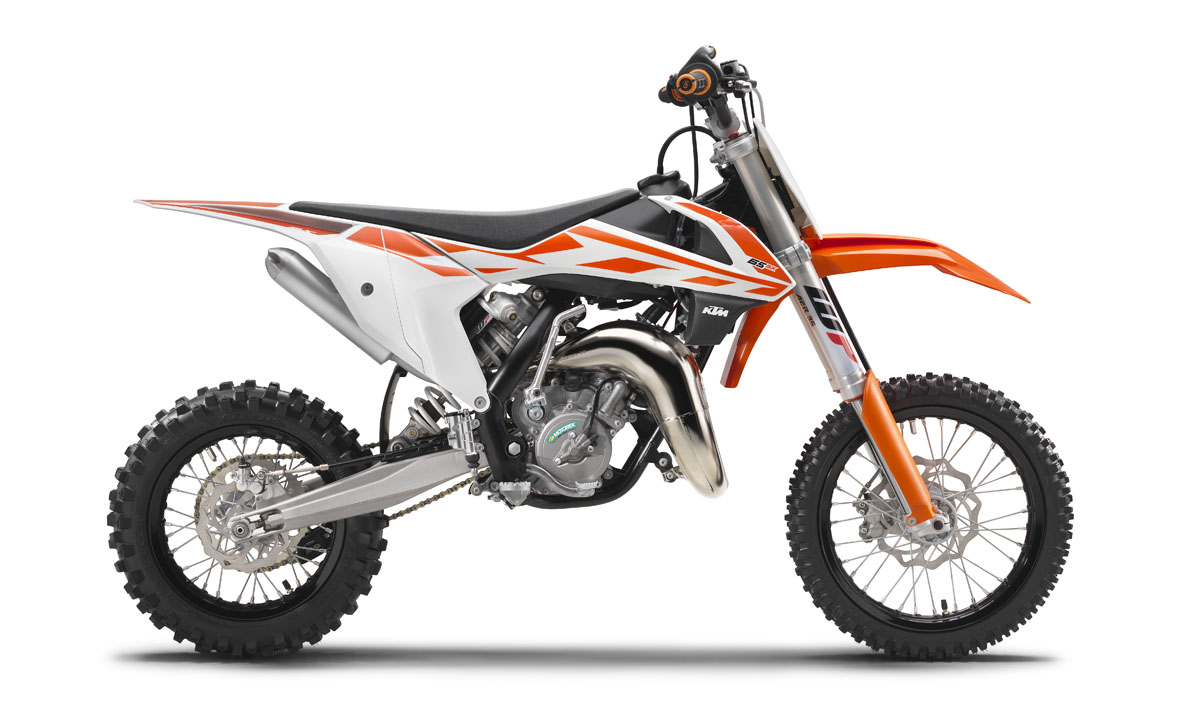 At big amateur races like Loretta Lynn’s, it’s not uncommon for the start gate to be completely filled with KTMs. It’s been that way for years because the little orange bike is fast, reliable and easily available. This year the KTM  has a new WP AER 35 fork and updated rear shock. The clutch is hydraulic, the brakes are discs and the tires are Maxxis 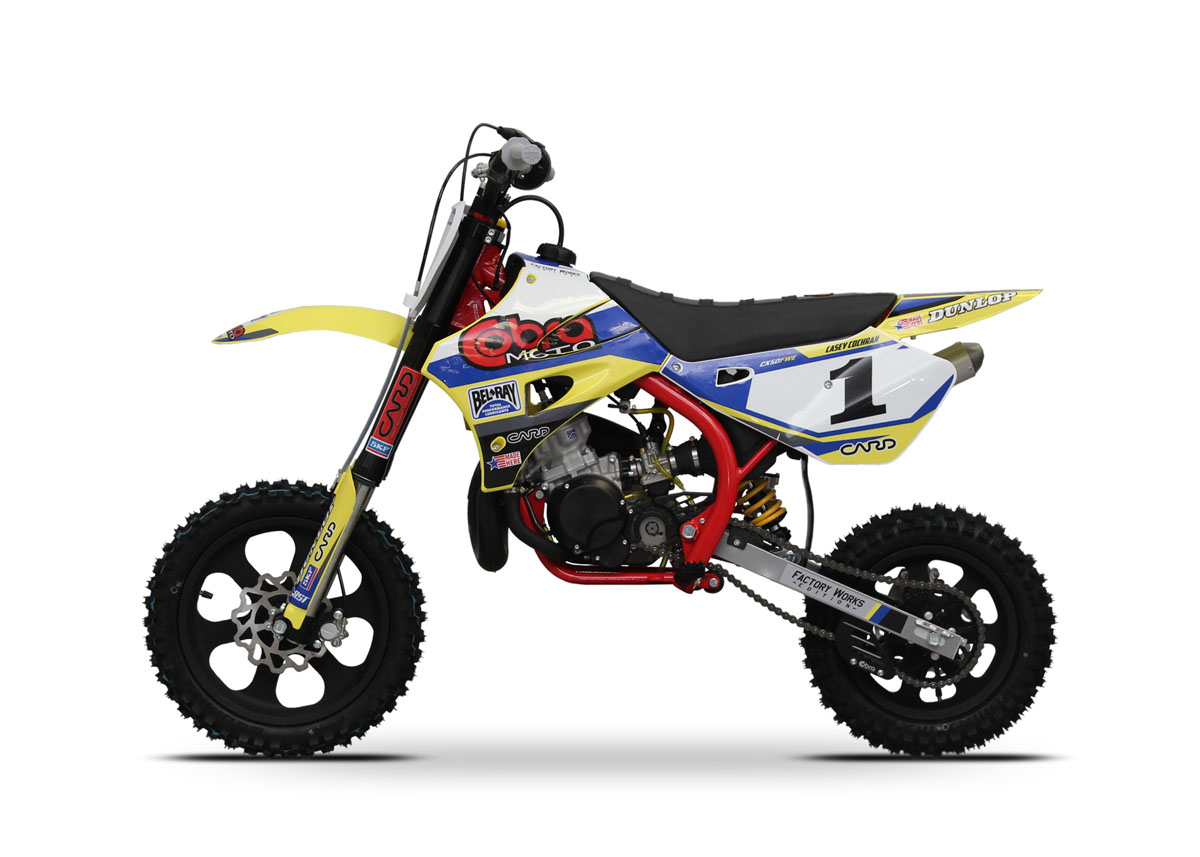 Last year a limited edition Cobra called the Factory Works Edition was introduced to instant success in the mini racing world. Now the CX50SR gets many of the same upgrades, while the new FWE is updated further with a new cylinder, lighter wheels and a coated exhaust system. All Cobras have the new Pro Taper Micro Handlebar with a reduced diameter in the grip area. 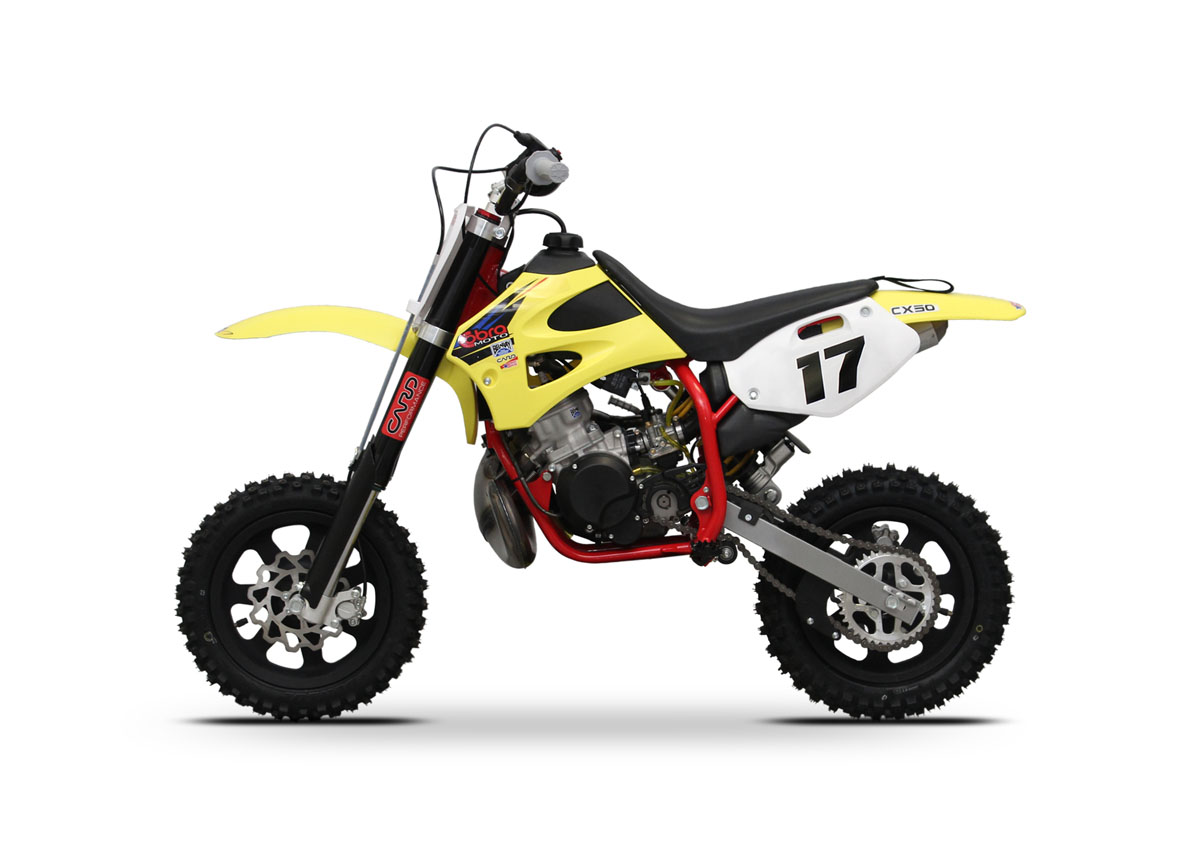 Cobra is a legitimate American motorcycle manufacturer, and since 1993 it’s been the bike to beat in the 50cc racing world. Now there are four different CX50s for different levels of riders. The Jr and the P3 have 10-inch wheels with a new frame for 2017. The big news is that the two little bikes have been upgraded to the new “Venom” series motor. 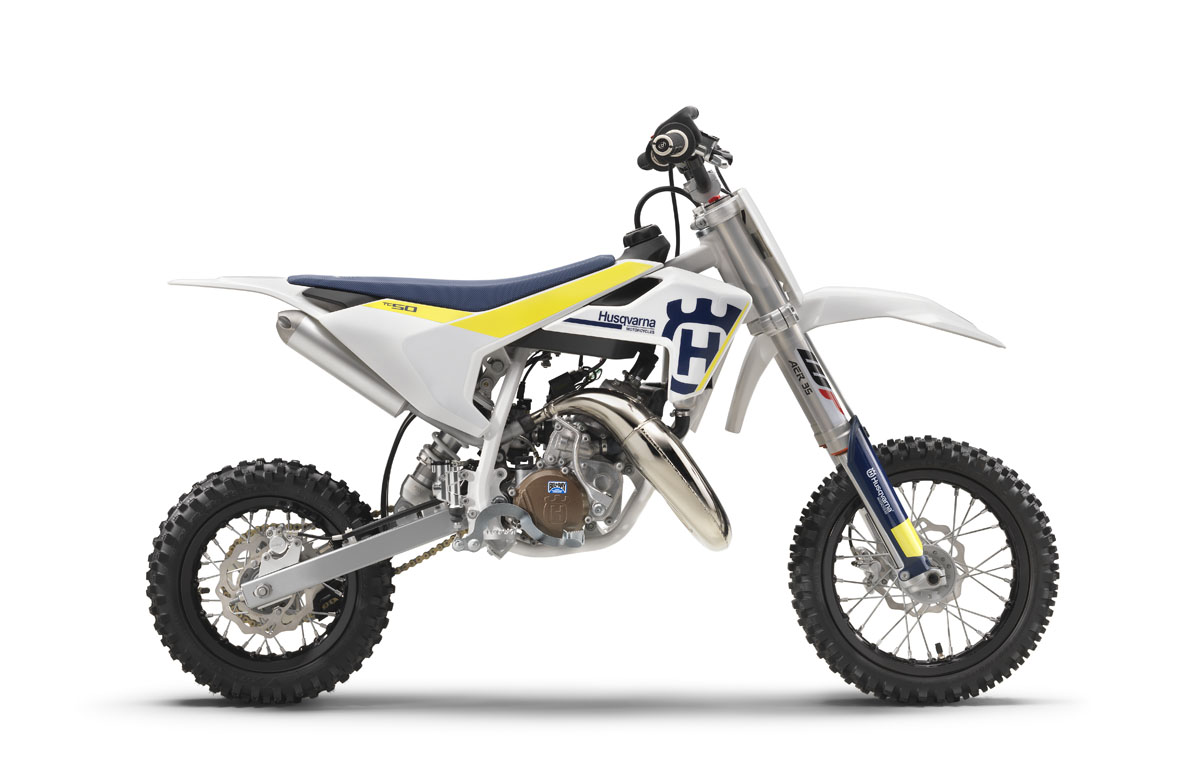 Husqvarna just announced its new 50cc racer. This is a serious racing motorcycle with the same three-shaft motor that comes in the KTM 50SX. The fork is the WP AER 35 and the shock is a WP, mounted directly to the swingarm. Both brakes are hydraulic discs. Even though it’s similar to the KTM, the little Husky has a different feel and layout. 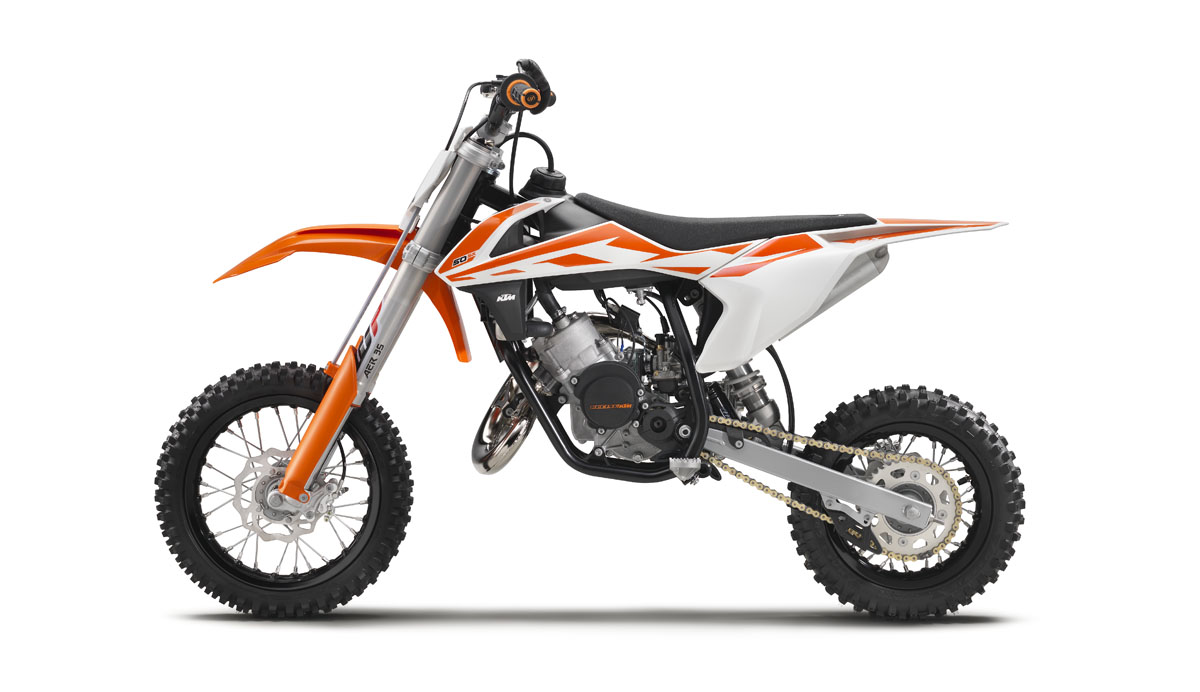 If you look at the picture of the 50SX without any size references, it could easily be mistaken for a full-size motorcycle. It has all the same features, like hydraulic disc brakes and styling like that of the bike Ryan Dungey rides. For 2017, it gets an air fork, more adjustments on the rear shock and a new pipe. KTM recommends the 50 for riders up to 4’3” tall. 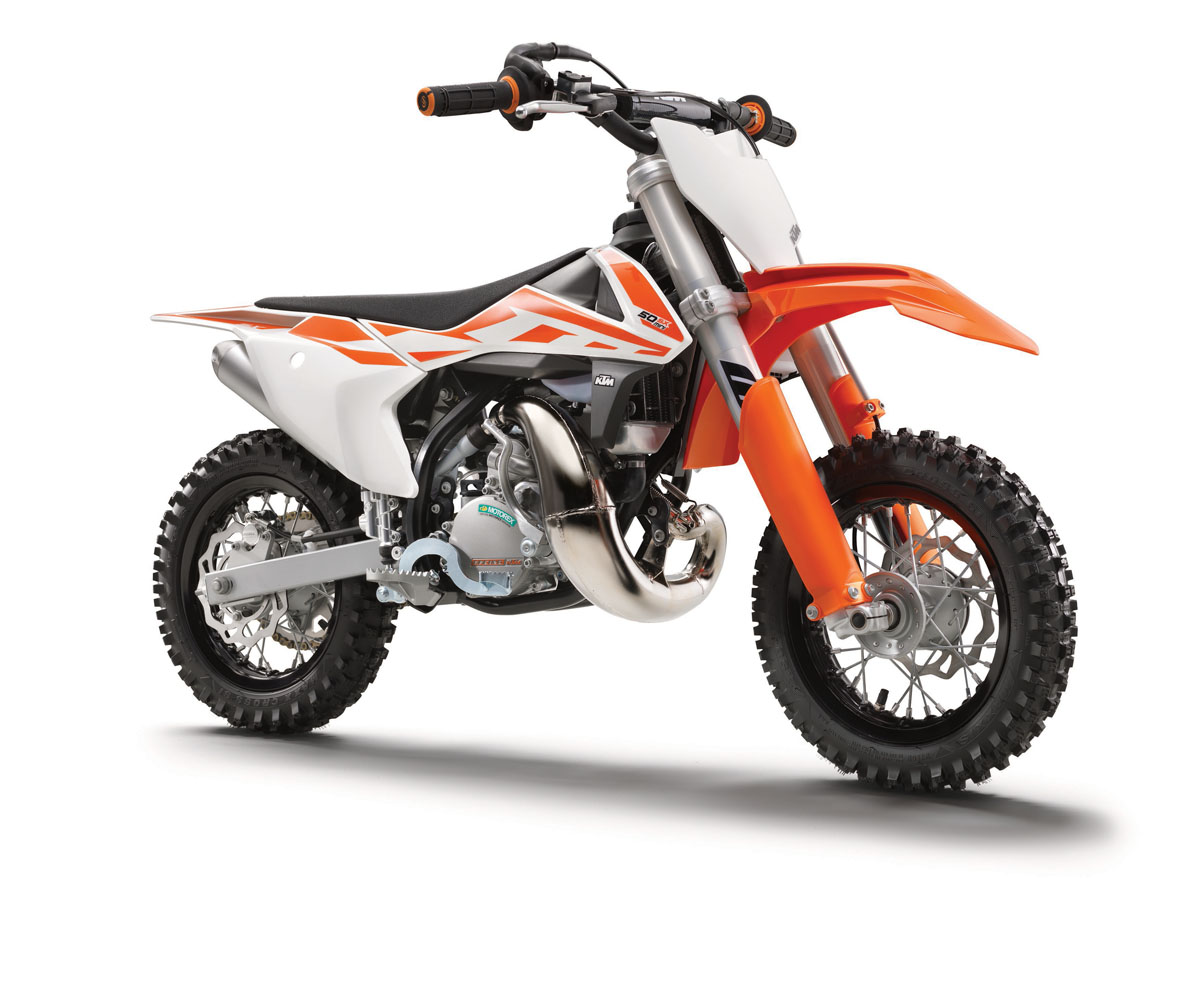 This is the most humble gateway into KTM’s massive offering of dirt bikes. The 50SX Mini is a milder version of the 50SX aimed at riders around four, five or six years old. It has an automatic clutch that engages at low rpm and 10-inch wheels as opposed to the 12-inchers on the standard SX. It has a coil-spring 35mm fork and hydraulic disc brakes.