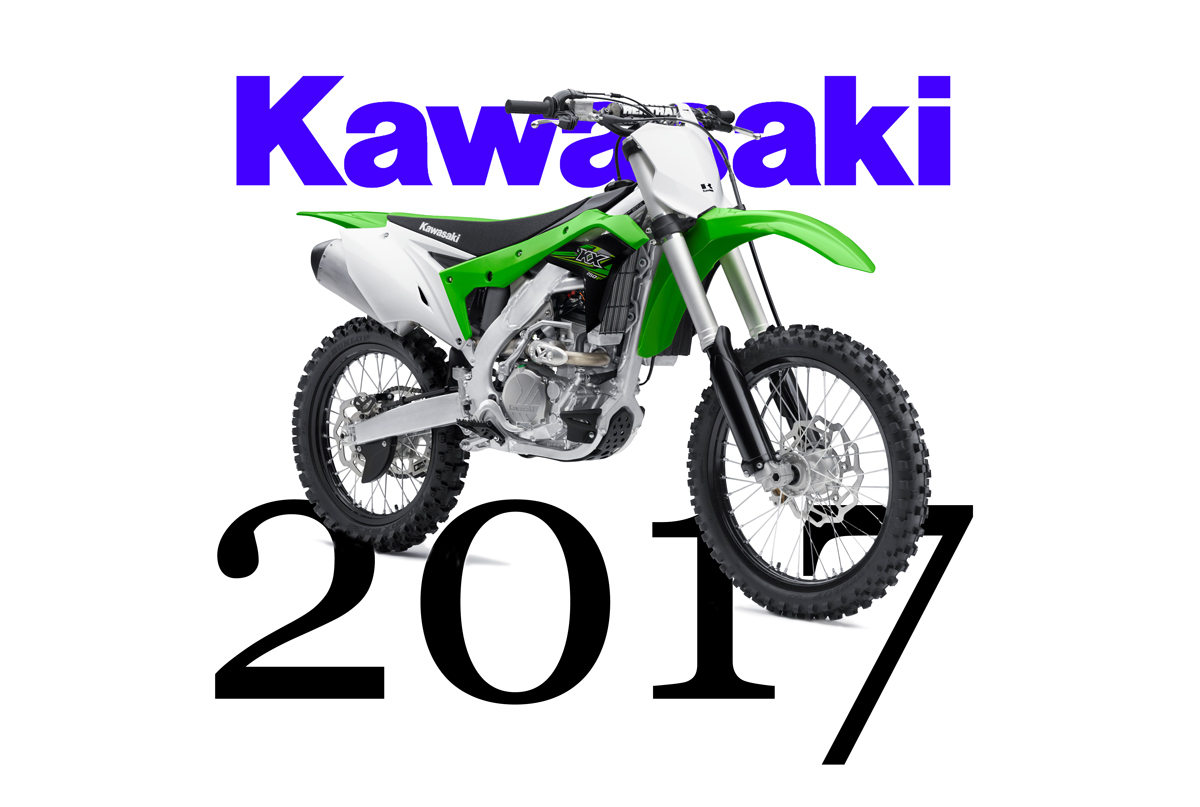 Kawasaki announced its 2017 motocross line today, and it included an all-new KX250F. Here’s the information provided from the company so far: 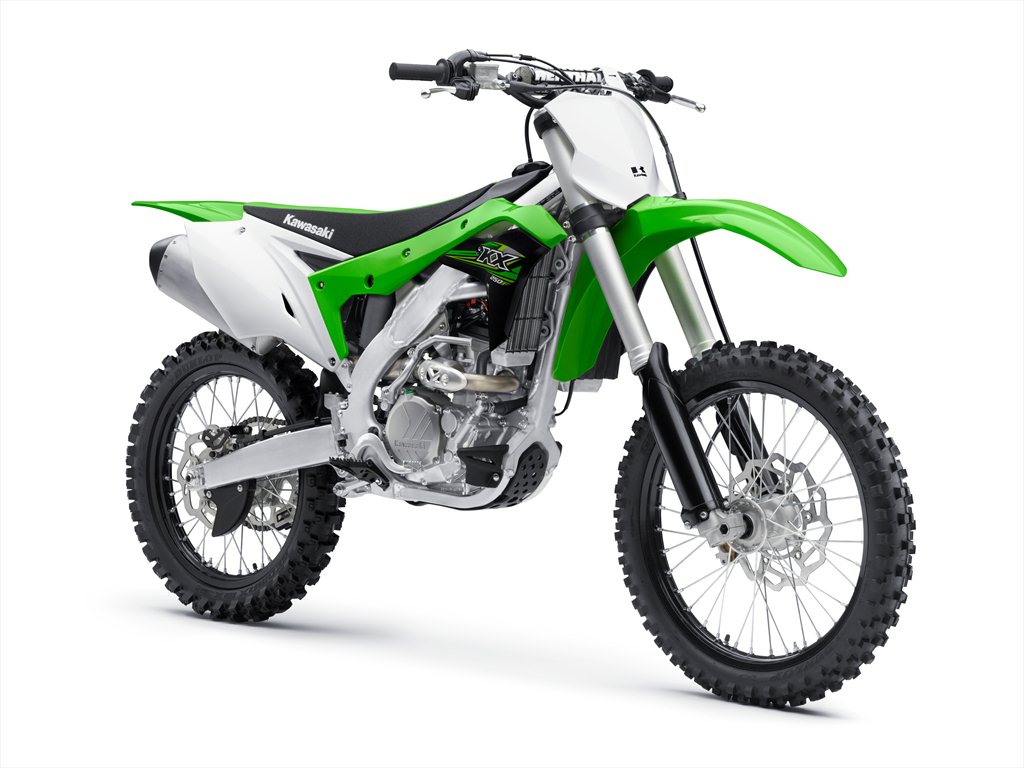 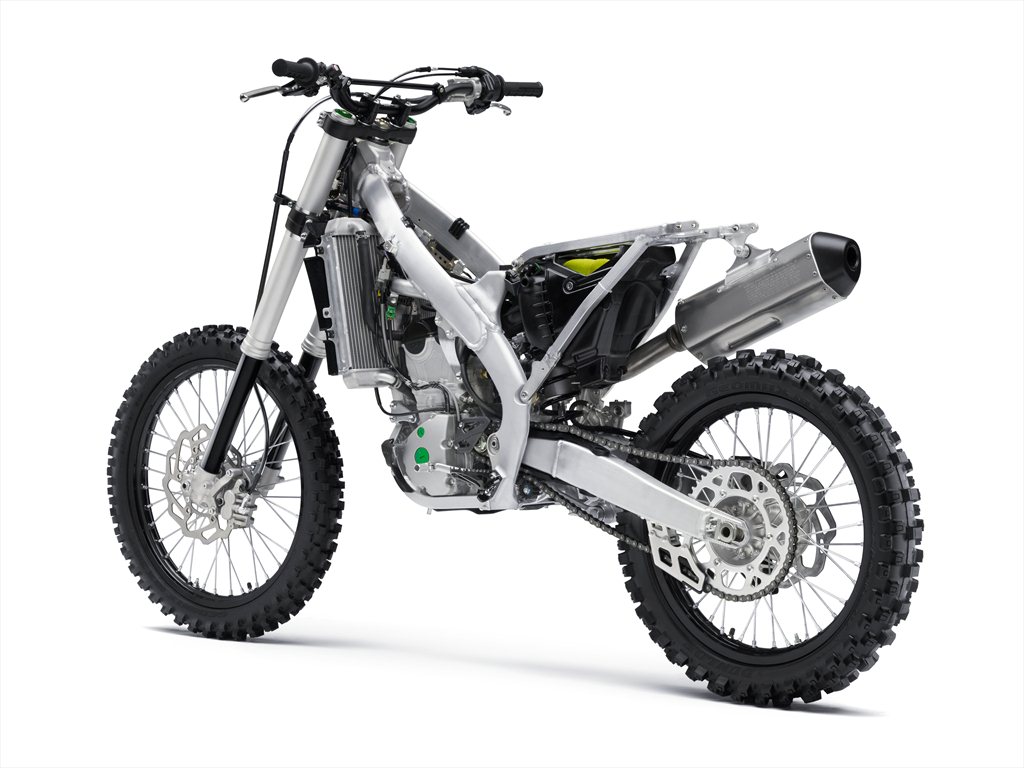 Tuned to best suit race-experienced riders, the 249cc liquid-cooled, 4-stroke single’s wide power-band focuses on high-rpm performance that extends way into the over-rev. Highly acclaimed for its high output and smooth power delivery, the 2017 model KX250F has race-inspired tuning and parts like the high-performance bridged-box bottom piston and down draft-style intake routing.Mechanical friction is reduced thanks to things like an offset cylinder—with increased forward lean angle—and plateau honing, resulting in a stronger low end as well as an increase in maximum peak power. The connecting rod now features a journal bearing in lieu of a needle bearing and items like the camshaft sprockets and chain have been revised along with a newly revised exhaust camshaft, all factors resulting in more efficient power.

As rpm and throttle position increase, primary operation switches from the downstream injector to the upstream injector, depending on whether in a low (1st, 2nd) or high (3rd, 4th, 5th) gear, the transition is gradual or almost instantaneous. The upstream injector’s greater distance from the combustion chamber gives the fuel particles and intake air more time to mix, as well as allowing the mixture to cool before entering the combustion chamber, both of which contribute to more efficient filling, and ultimately more power.

The 2017 model also features revised ECU settings, along with a new exhaust system. The exhaust header pipe is skinnier and shorter, resulting in improved performance.

Changes for the KX250F start at the frame, with a newly redesigned, lighter aluminum perimeter with a new front downtube and 3mm narrower main beams, for an overall reduction width of 6 mm. The frame rigidity has been optimized to obtain improved front end feel.

Up front you’ll find Showa 48mm Separate Function Front Forks (SFF Type 2) with works-style internal construction thatlocates its damping assembly in the left fork tube and a spring in the right. The Separate Function Front Fork construction contributes to a planted feel at the front, superb damping performance and ride comfort with greater bottoming resistance. It also has excellentstability when on the brakes or when landing jumps. For 2017, revised settings contribute to greater stability over braking bumps and through corners.

The all-new minimalist bodywork includes slimmer shrouds, thanks to the revised radiators and their new orientation. The KX250F now features a new flatter and larger capacity fuel tank, along with a new flatter seat with reinforcing ribs. The combination of the new tank and seat aid in a more seamless design, which also makes it easy for riders to move around on top of the bike.

Returning this year are ERGO-FIT™ adjustable handlebars and footpegs to better suit riding styles and different rider statures. The handlebars have four position options and the footpegs have two placements available. 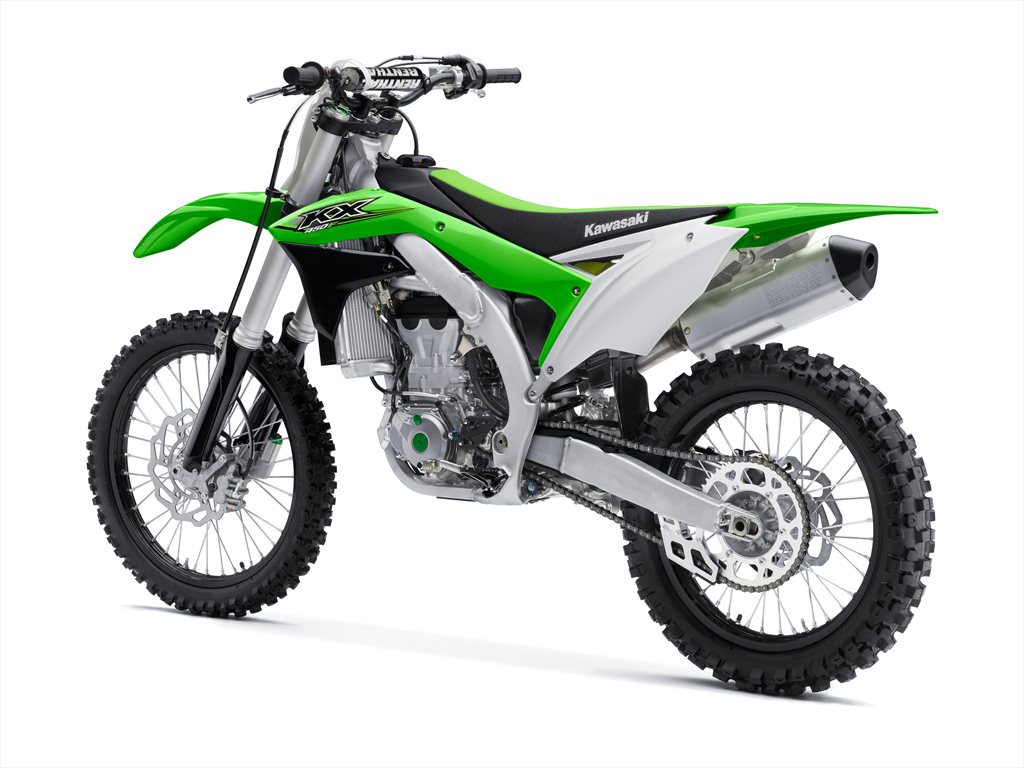 Kawasaki is determined to produce the best performing 450cc motocross bike, featuring a factory-race inspired engine, state of the art aluminum perimeter frame, and lightweight, razor-thin chassis. New for 2017 are redesigned upper and lower triple clamps inspired by the Monster Energy® Kawasaki racing team and in-mold graphics. Riders will reap the benefits of rider adjustability and innovative electronic upgrades, which target maximizing performance for a variety of riding levels and racing conditions.