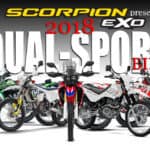 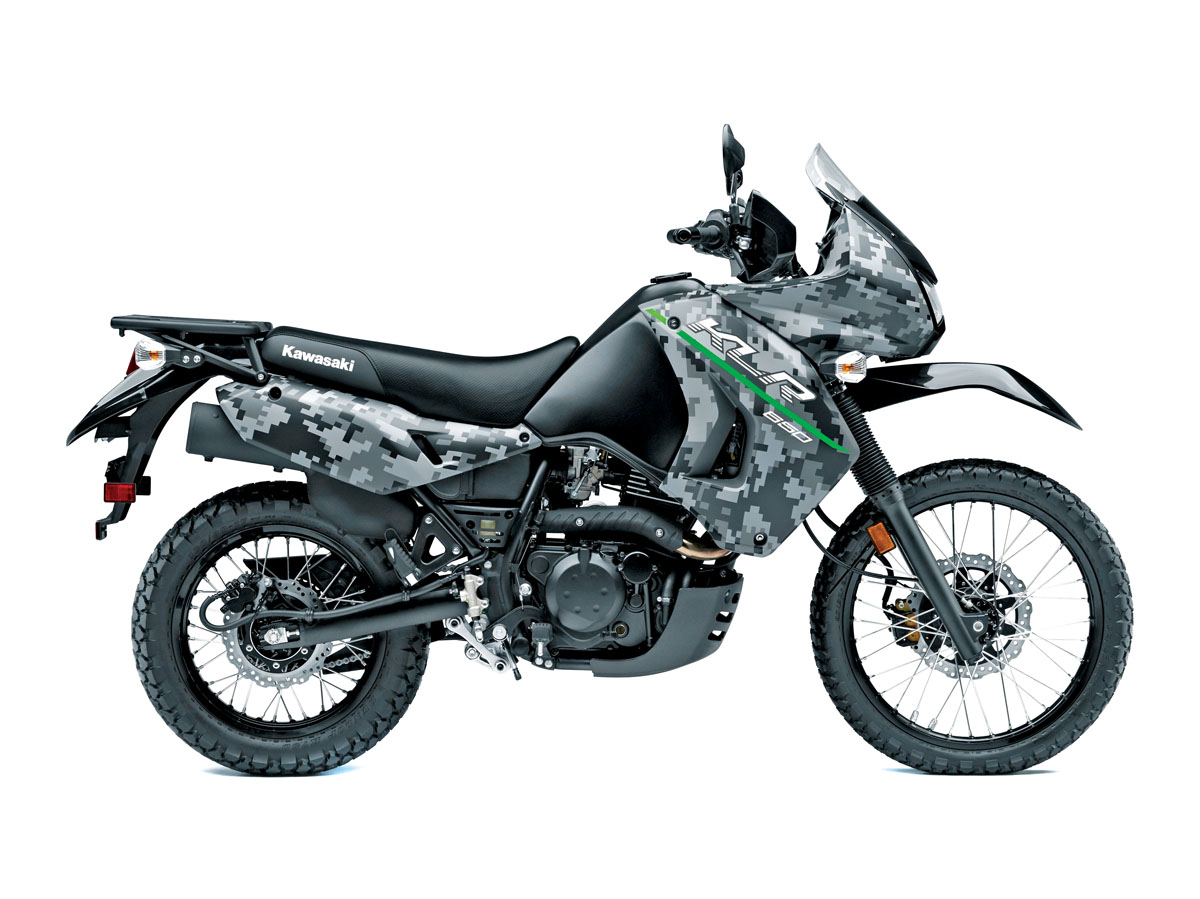 KAWASAKI KLR650: $6690
The truth is, the KLR650 is a whole lotta ADV-oriented and very little hard-core dirt. It has a frame-mount fairing, and it earned an official identity as a superb best-budget adventurer. The tank holds 6.1 gallons. The bike has a huge luggage rack, and this year there’s a camo model available.
For a test of the Kawasaki KLR650, click here. 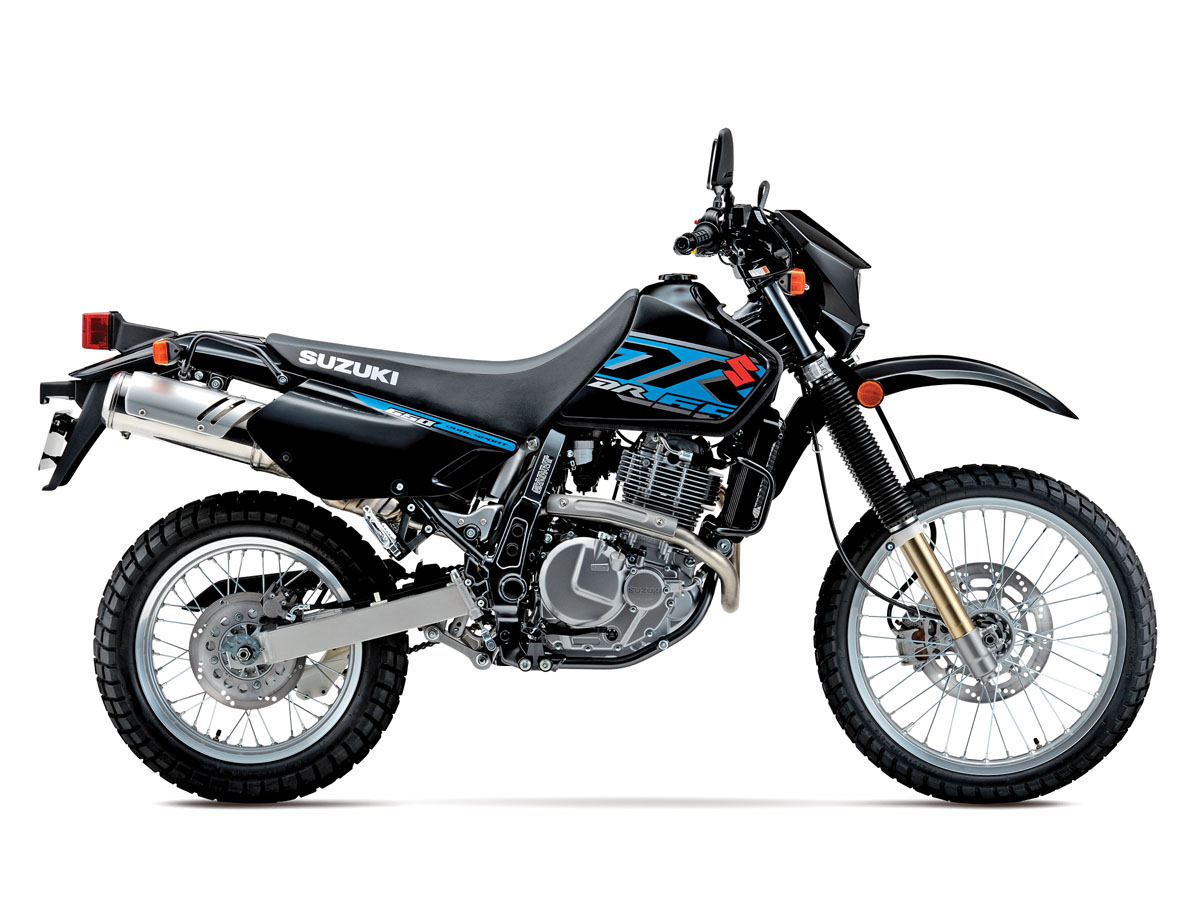 SUZUKI DR650S: $6499
In the dual-sport world, the Suzuki is in between the dirt-oriented Honda XR650L and the tarmac-happy Kawasaki KLR650. It has more motor than the Honda, but the suspension isn’t as dirt-friendly. As a street-savvy dirt machine, it rates above the Kawasaki via the engine, but lacks the goods to make the long haul. 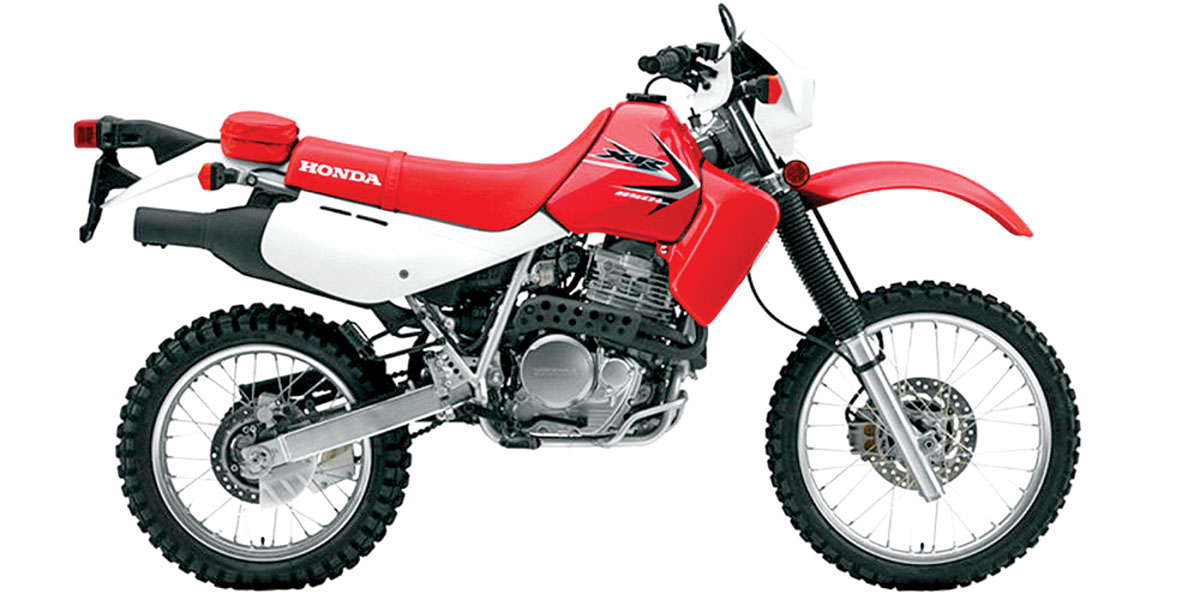 HONDA XR650L: $6690
While there have been very few updates to the XR, it has come to define the 650 dual-sport bike with a torquey, air-cooled motor. The suspension is still surprisingly good on the trail. The bike is wide and old-feeling, but it works well and has electric start. It’s still a viable dual-sport machine. 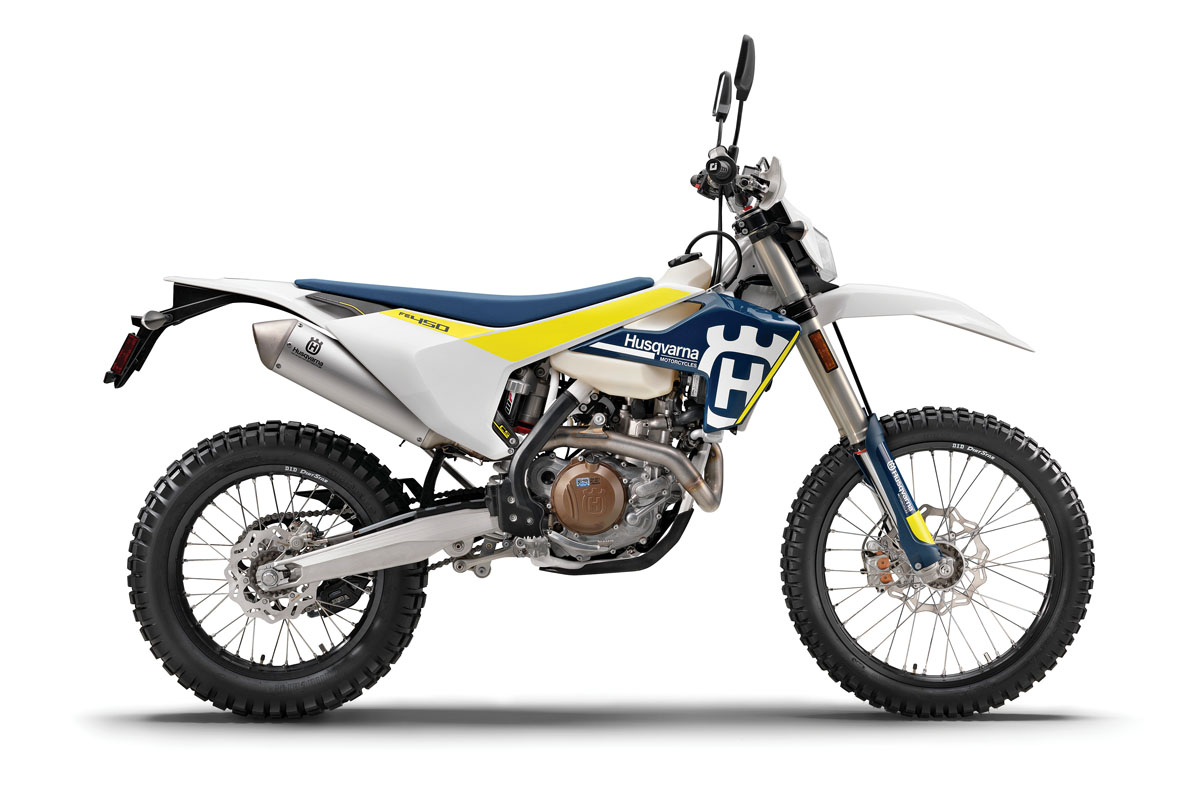 HUSQVARNA FE501: $10,799
Already highly touted, this machine has received an all-new engine, frame, bodywork and the new WP USD Xplor fork. They have shaved nearly 15 pounds off last year’s 501s via the lighter engine and frame. It features Metzeler 6 Days Extreme rubber, weighs in at 244 pounds without fuel and is a ready-to-ride street-legal dirt bike. 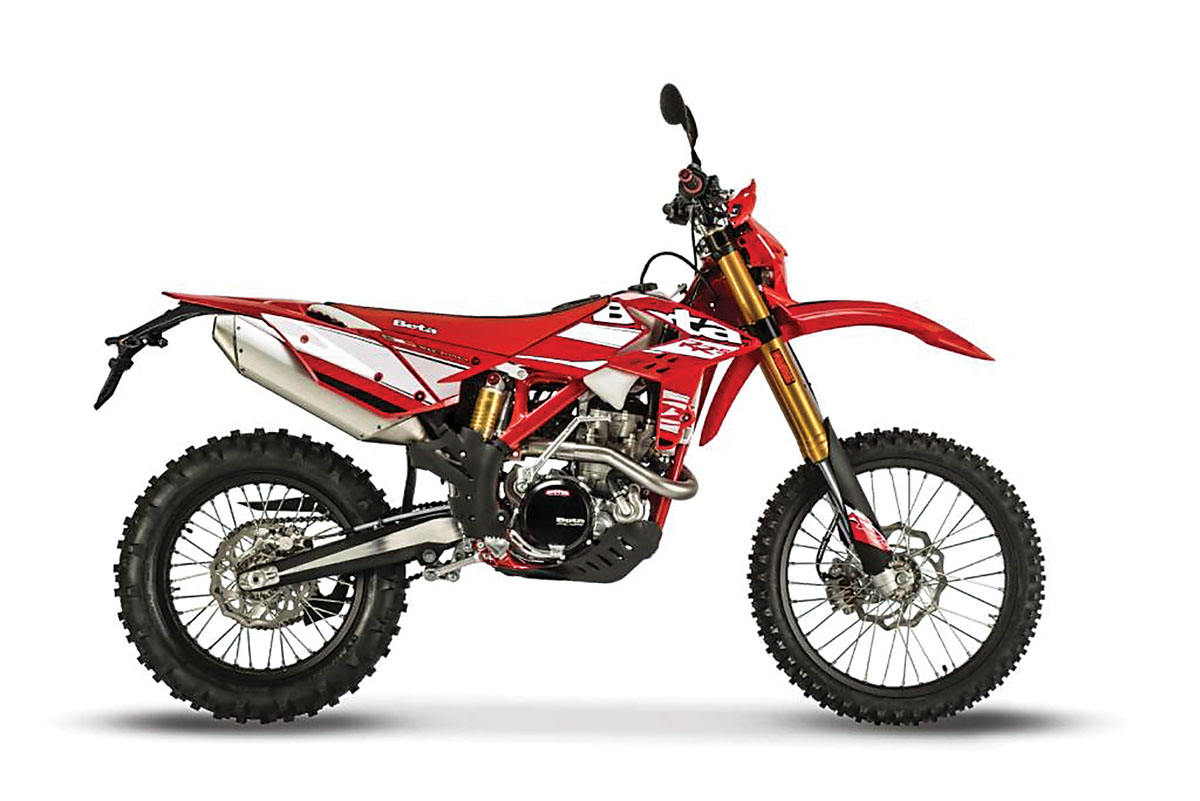 BETA 500RR-S: $9999
The Beta brand is quietly edging its way into the upper strata of serious off-road machines, and their dual-sport line is bristling with hard-core off-road attributes. The six-speed 500RS is fit with fuel injection, and Synerject makes the EFI system. It complies with all the EPA requirements without much compromise, making this bike a legitimate alternative to Austrian hardware. 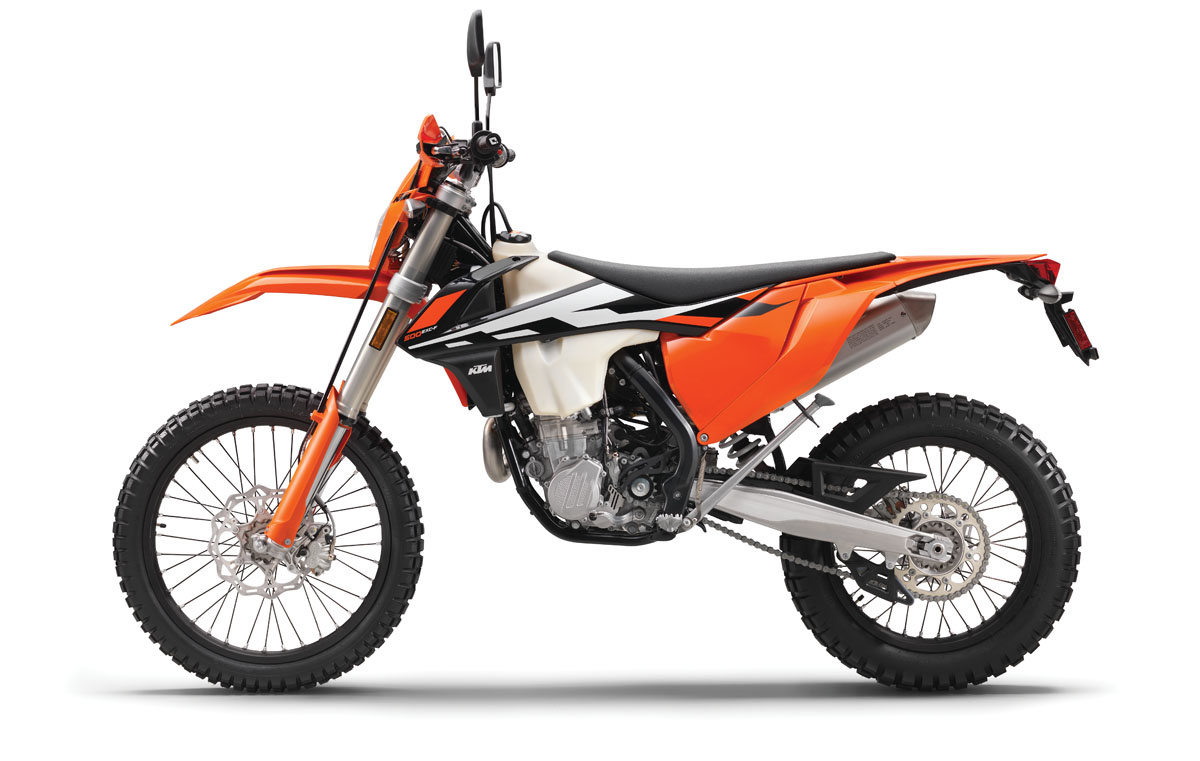 KTM 500EXC-F: $10,699
KTM fully scratched their old lineup, and the new EXCs come fit with a more compact Dungey-style SOHC motor, Dungey frame, all-new suspension and a huge weight savings. The single-overhead-cam motor makes broad and strong power, has the new WP Xplor fork and it retains the link-less PDS rear suspension, albeit fit with a new WP Xplor damper. For a comparison of the KTM 500, 350 and 250 EXC, click here.
For more on the 2017 KTM dual-sport line, click here. 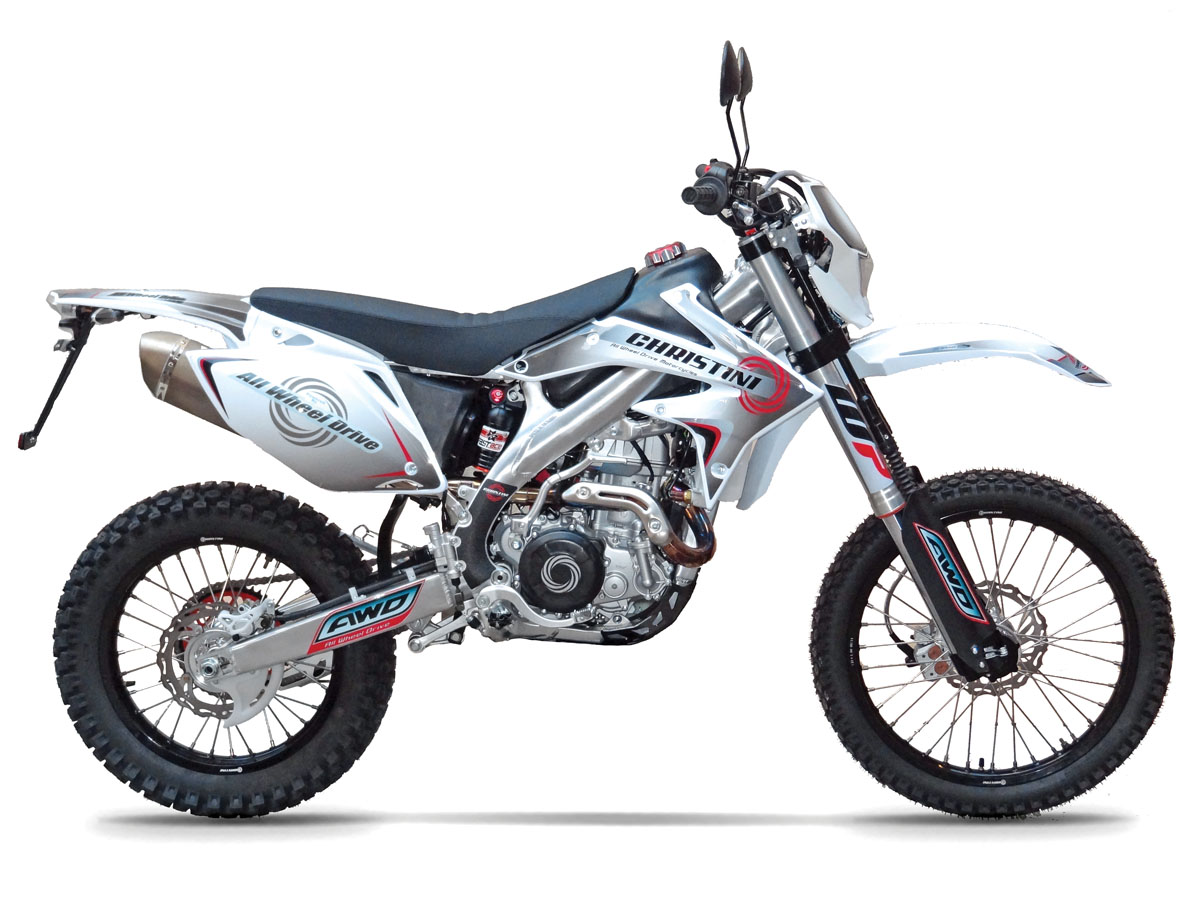 CHRISTINI AWD 450 DS: $8995
The AWD 450 Dual Sport is an EPA- and CARB-approved street-legal version of the off-road 450 and comes equipped with DOT tires, lights, turn signals and mirrors. It uses the same motor and suspension as their off-road machine, is geared towards adventure riding and is all-wheel drive. 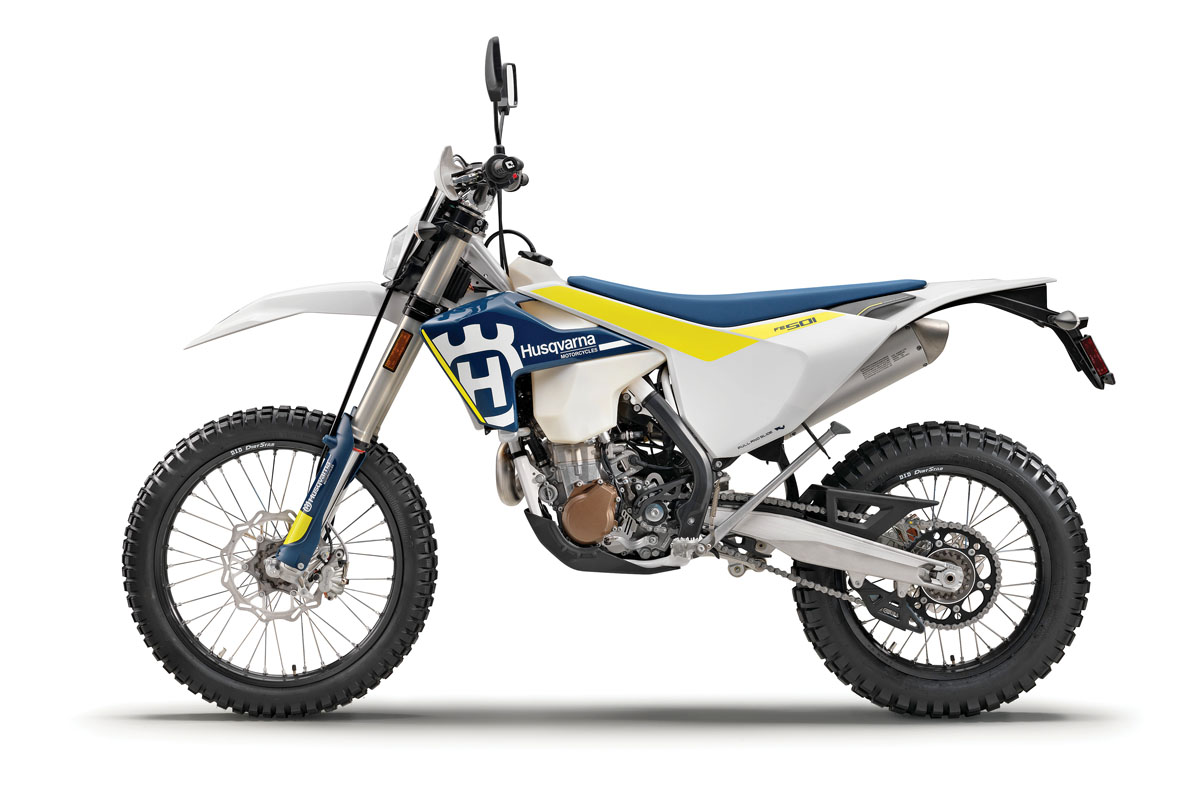 HUSQVARNA FE450: $10,599
The 450 is new to the dual sport lineup and just might be the strongest bike in the class. Equipped with a brand new SOHC engine, the 6-speeder is fit with a bar mounted map switch, an all new lighter frame and the electric start fired by a super lightweight Li-Ion battery. The linkage rear suspension mates to the brand-new WP Xplor fork. 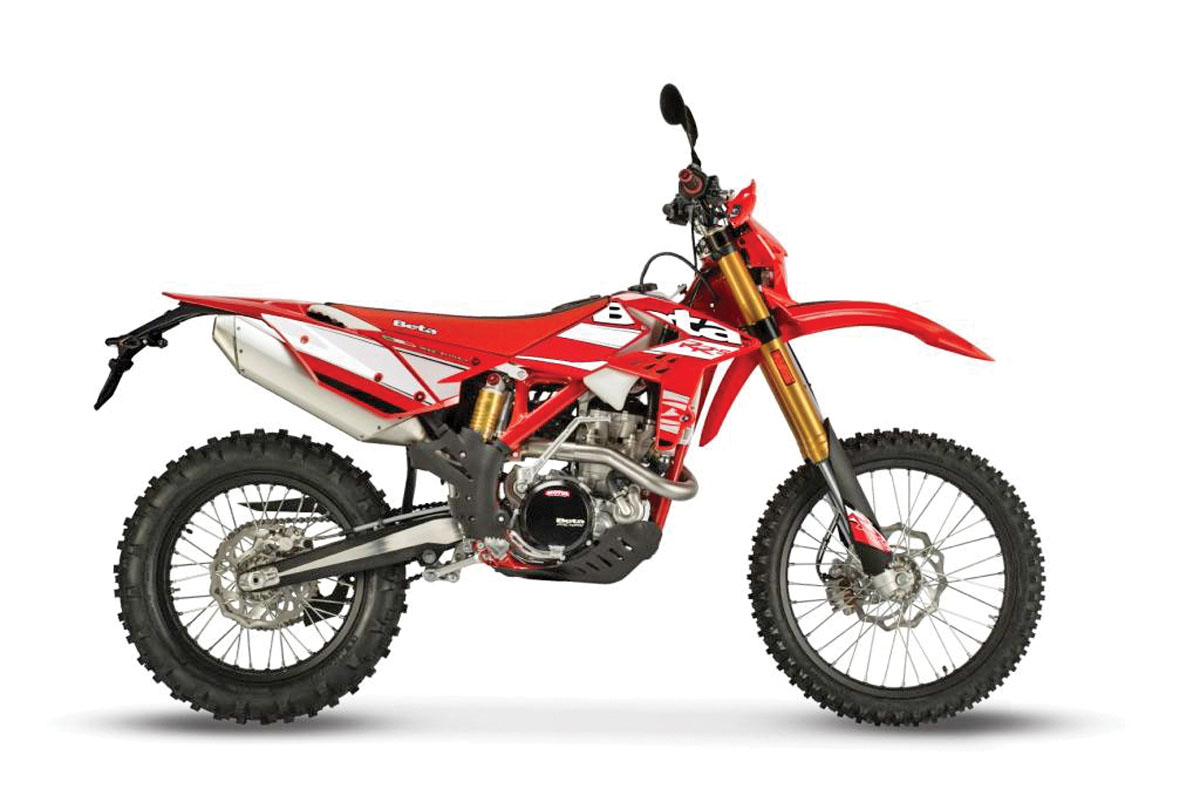 BETA 430RR-S: $9899
A 5mm decrease in bore makes the 430 feel very different from the Beta 500. It still features 42mm Synerject EFI, which was new last year. The bike is loaded with high-end standard features, like the Trail Tech Voyager GPS, folding mirrors and handguards. More parts are available in the Build Your Own Beta program. 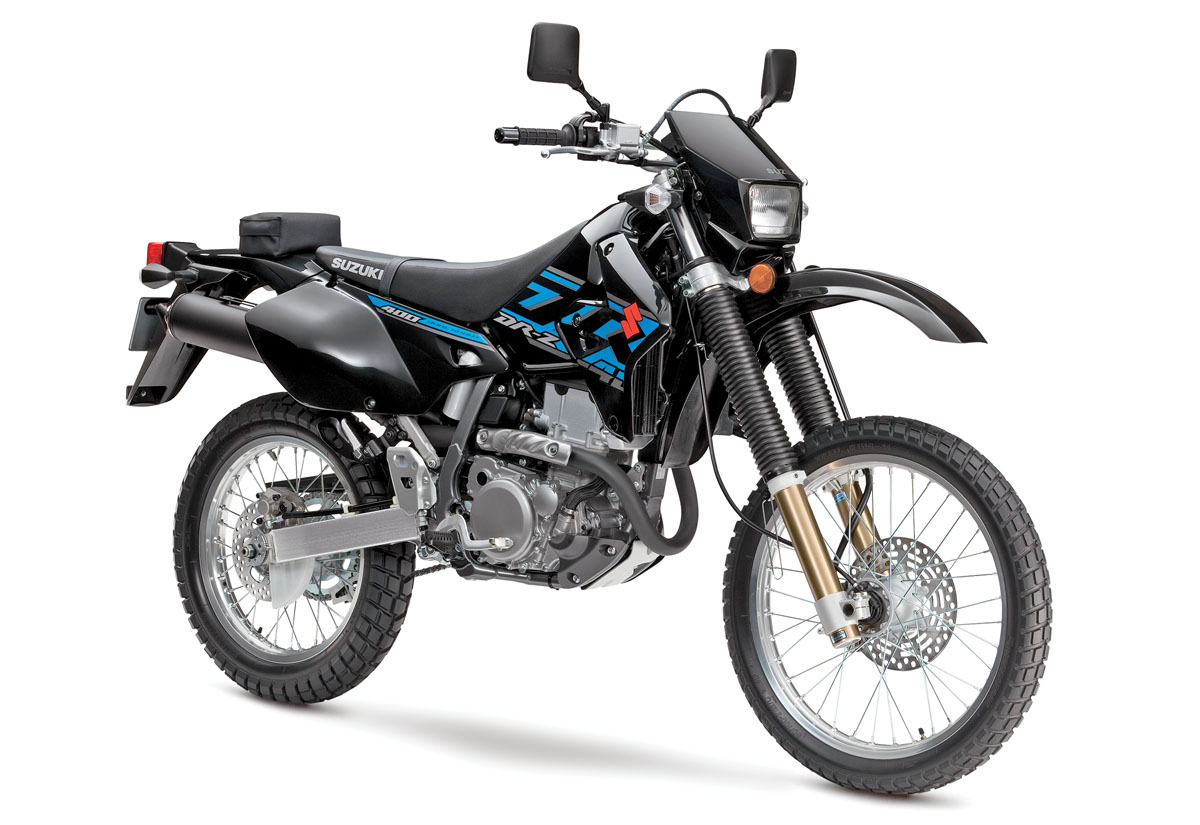 SUZUKI DR-Z400S: $6599
This machine came out when Bill Clinton was in office and has held up quite well. It has electric start and a smooth, reliable, DOHC, liquid-cooled motor with a CV carburetor. It works well in the dirt, but struggles in comparison to the newer, more expensive 350s from Europe. There’s a Supermoto version called the DRZ400SM. 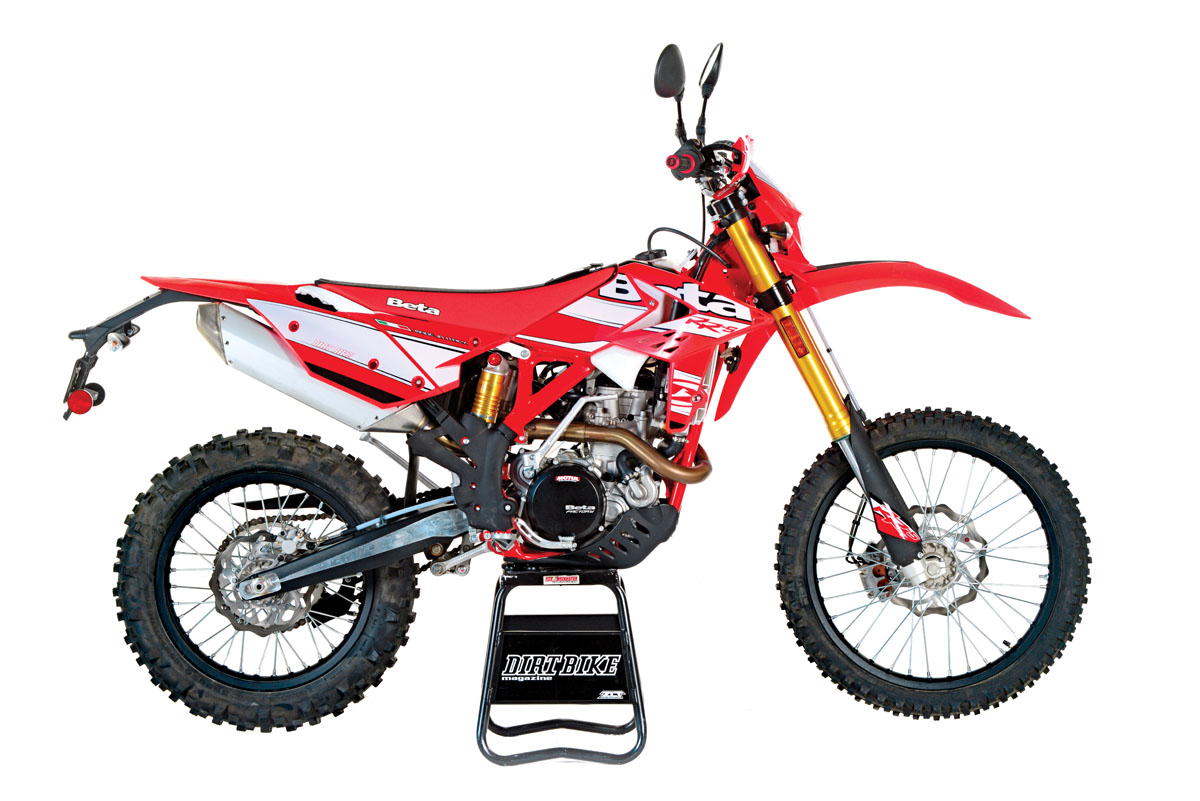 BETA 350RR-S: $9699
Beat has a bevy of machines that fit into the Open-class dual-sport realm. The 350 is their most serious machine by virtue of its agility, suspension compliance and a motor that is focused towards dirt nirvana rather than street exploration. It has a push-button removable saddle, Trail Tech Voyager GPS unit and Metzeler DOT rubber. 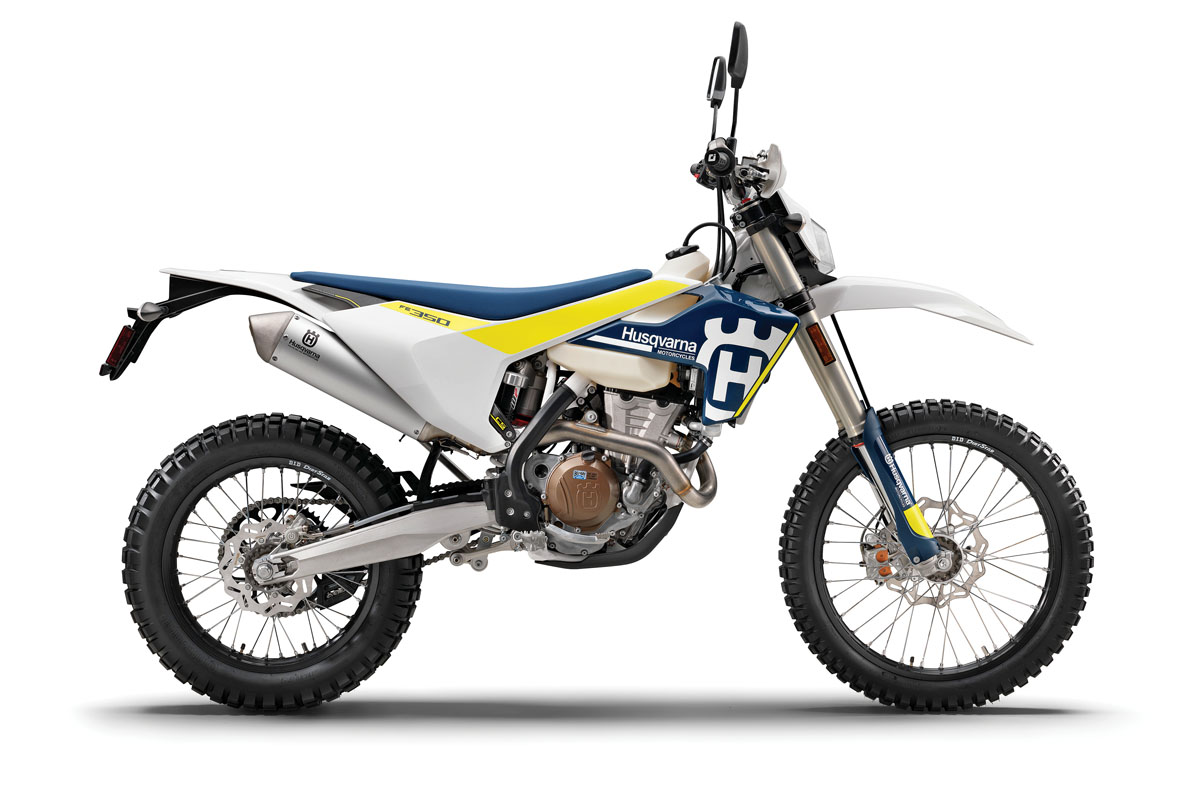 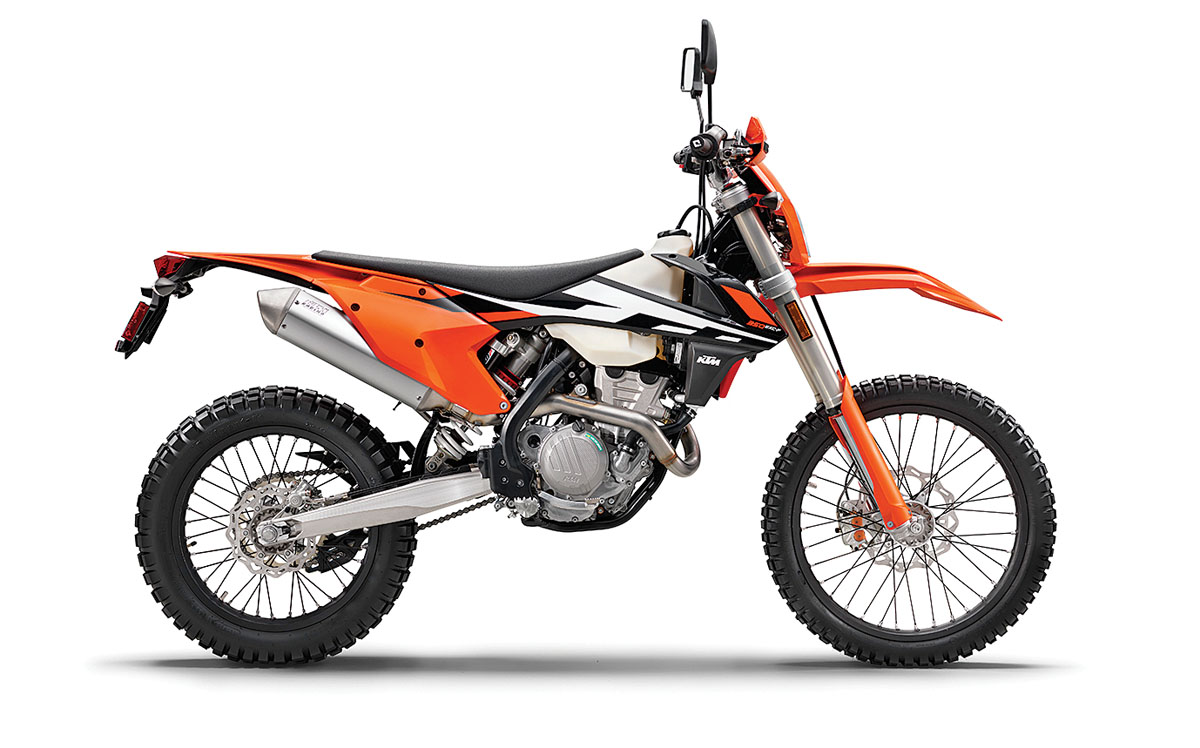 KTM 350EXC-F: $10,399
KTM’s 350EXC-F targets a broad range of riders. It has a new engine that is more compact and a lighter frame and geometry that comes from the motocross team. All-new Xplor WP suspension highlights the Austrian company’s only mid-sized off-road machine. It’s totally street-legal and very a very serious off-road machine. For a comparison of the KTM 500, 350 and 250 EXC, click here.
For more on the 2017 KTM dual-sport line, click here. 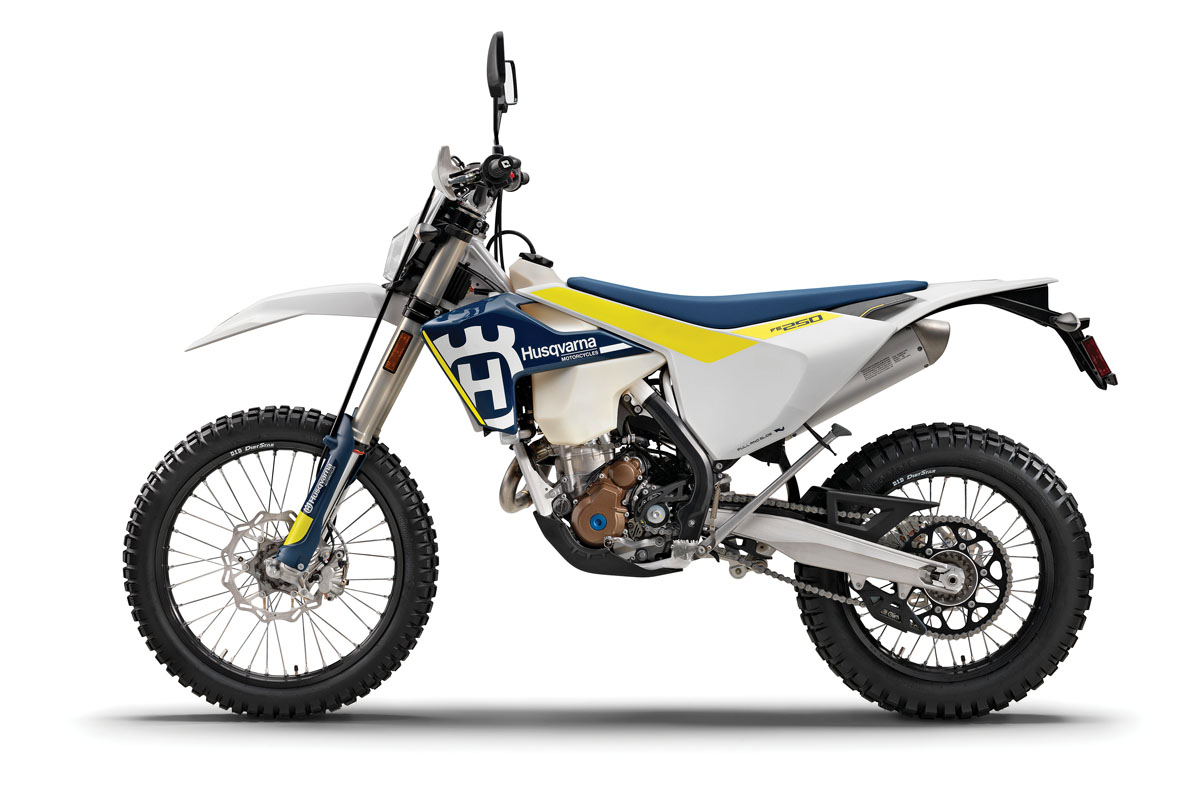 HUSQVARNA FE250:
This is Husky’s smallest and most agile dual-sport machine. Fit with the lighter frame, new engine, revised exhaust, ODI lock-on grips, plus the newest WP Xplor fork and a new lighter WP rear damper. It makes power all the way to 12,800 rpm and has a map switch that activates a new traction-control feature. 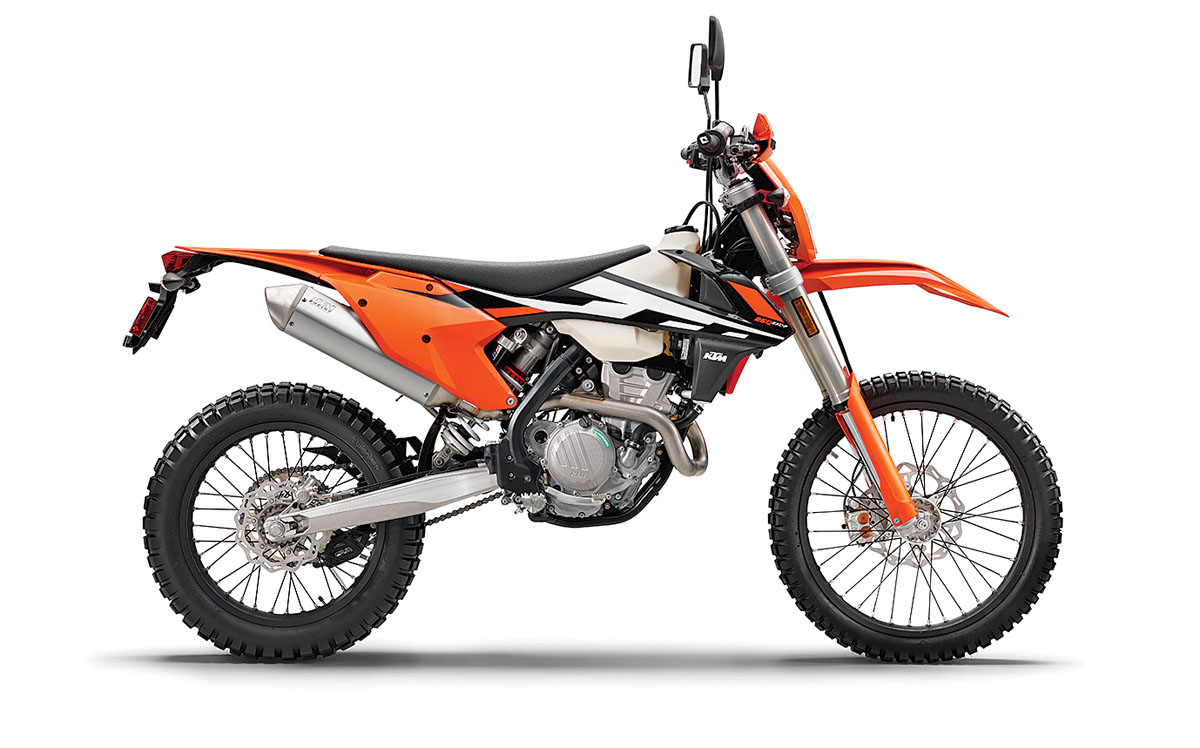 KTM 250EXC-F: $9399
The 250EXC-F mirrors the entire dual-sport line from KTM, which also happens to take over the reins as their off-road-legal machines. The 250 engine is lighter, more compact and has a power increase over last year. KTM has fit it with their new Xplor fork, an all-new Xplor shock and it retains the link-less format. For a comparison of the KTM 500, 350 and 250 EXC, click here.
For more on the 2017 KTM dual-sport line, click here. 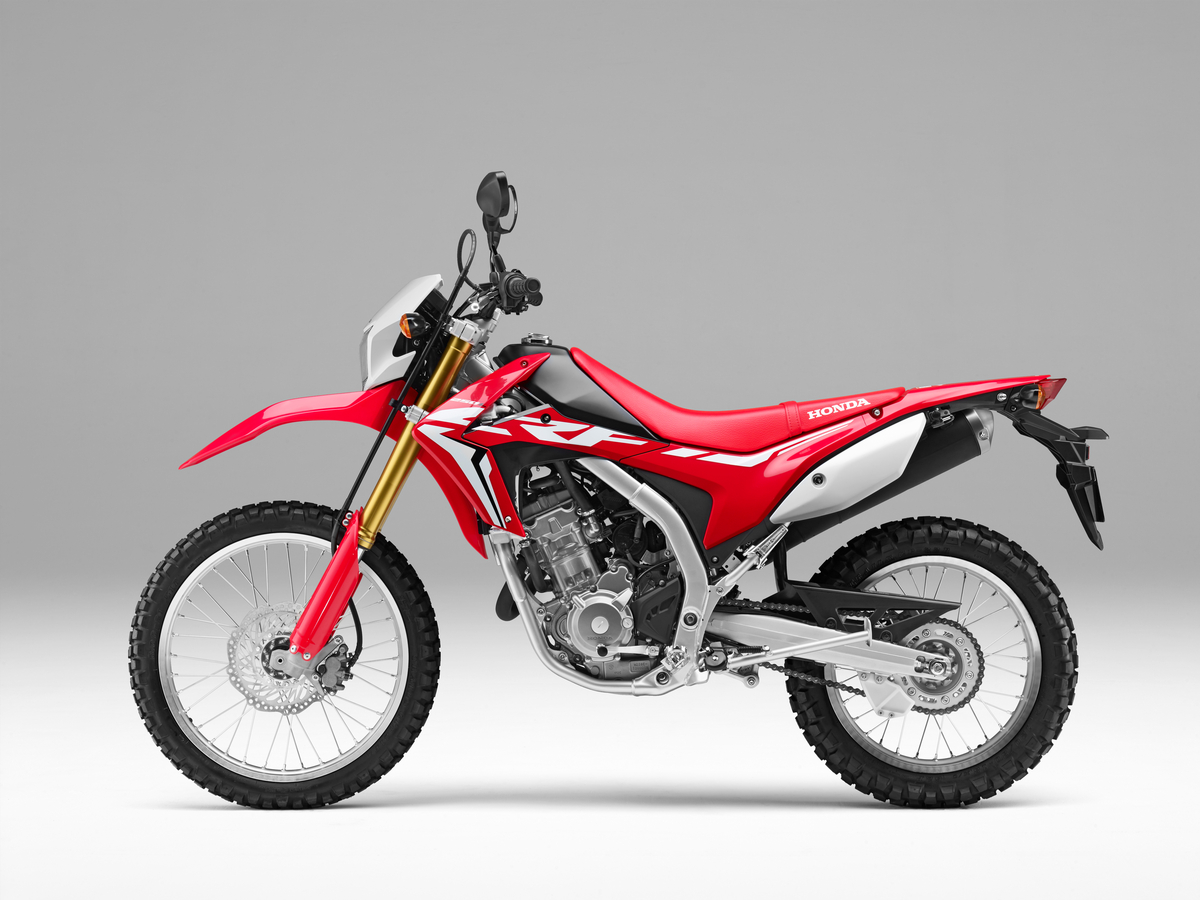 HONDA CRF250L: $4999
The price of the Honda CRF250L is still amazing. No other dual-sport bike gives you such modern technology, including fuel injection, for so little. The motor is liquid-cooled with double overhead cams, four valves and a six-speed gearbox. Compared to real dirt bikes, the Honda is very mild and somewhat heavy, but it remains a great value. 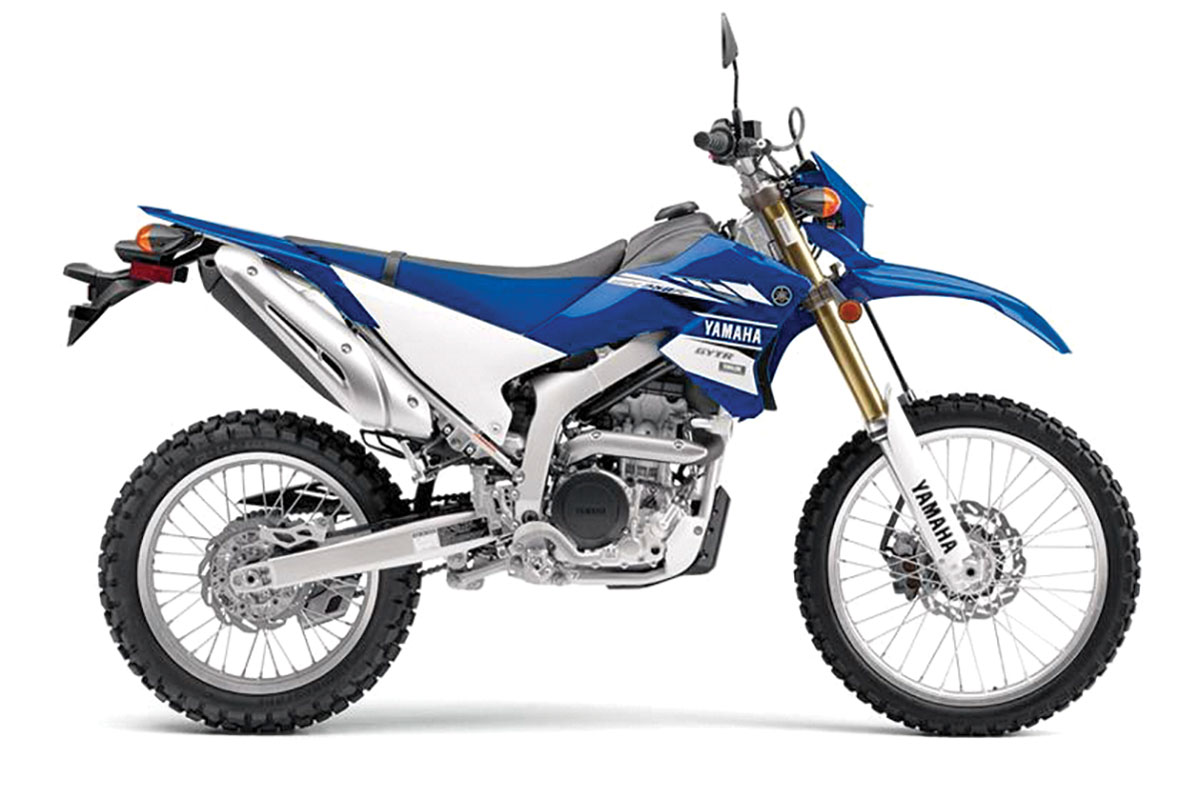 YAMAHA WR250R: $6699
Yamaha’s WR250R model has no relationship to the WR250F, which is a pure dirt bike, or to the XT250, which is more street-oriented. The WR250R sits right in the middle and is fit with a modern, DOHC, fuel-injected motor in an aluminum frame. 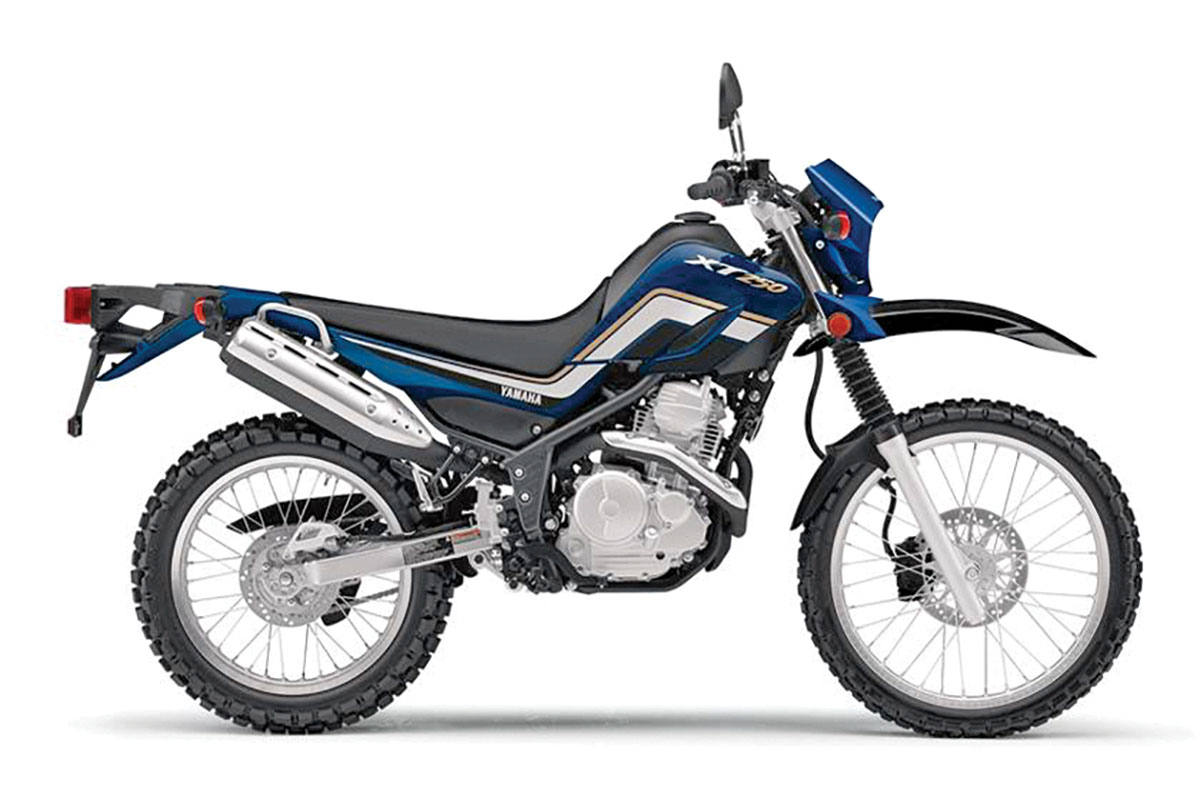 YAMAHA XT250: $5199
Yamaha’s XT250 is a low-priced alternative to the WR250R. The motor is a mix of old and new technology. It has a very basic, single-overhead-cam, two-valve, air-cooled motor, but it also offers fuel injection and electric start. A low seat height is a high priority, and suspension travel is around 9 inches in the front and 7 inches in the rear. 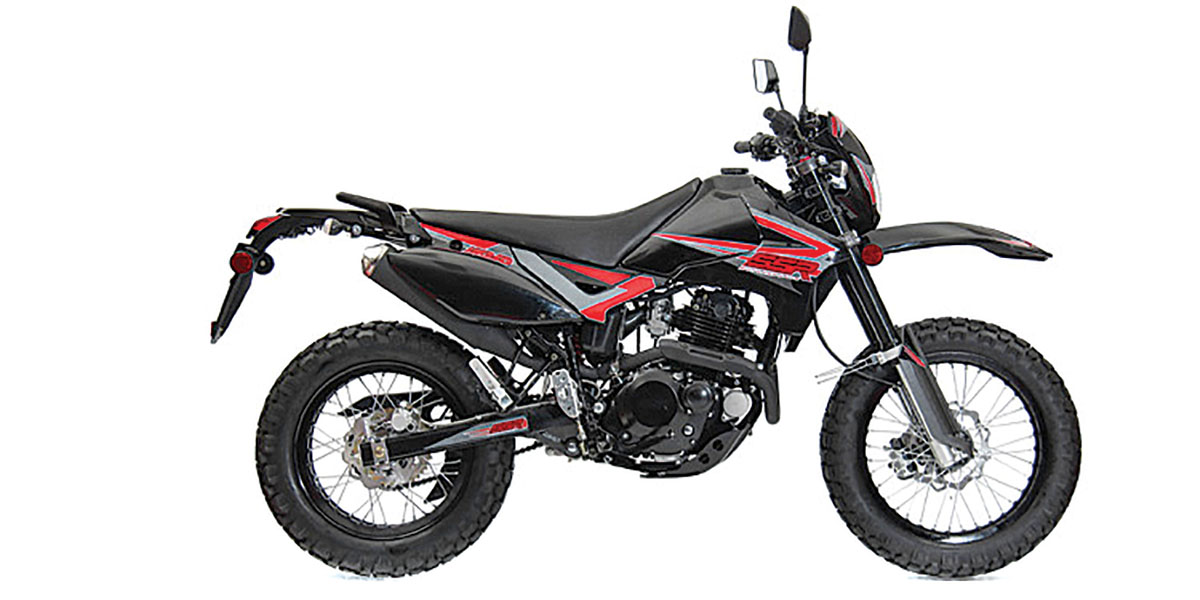 SSR XF250: $3059
SSR is an up-and-coming manufacturer from Asia who offers a 250cc, street-legal, dual-sport bike. The XF250 is a fat-tired machine in the same style as the Yamaha TW200. It has a basic electric-start, air-cooled motor, but the seat height and the price are both very low. SSR offers a 12-month warranty on this model. 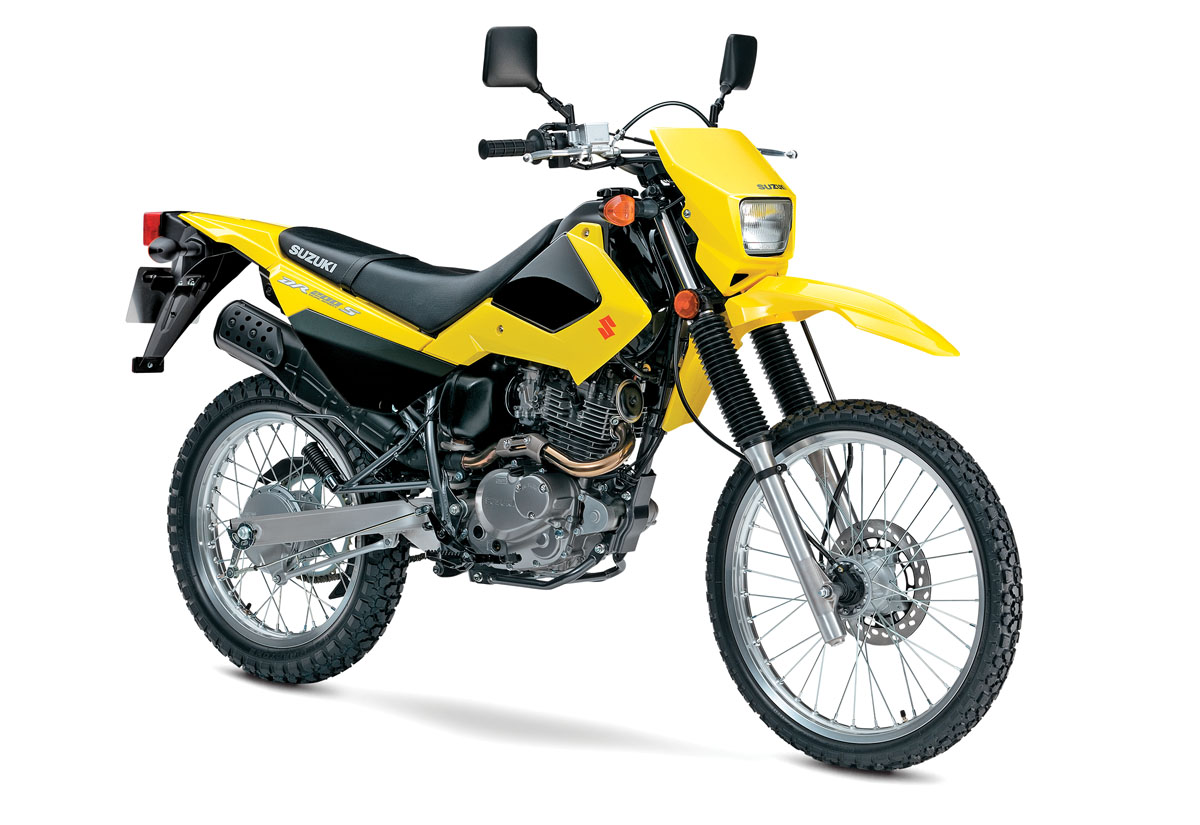 SUZUKI DR200S: $4999
Suzuki offers a low price and high reliability in the DR200S. The bike has been around for a very, very long time and has electric start. The DR200S targets new riders and has a nice rideable motor that makes broad power. The rear brake is a drum and the front is a disc. Carburetion is via an old-fashioned Mikuni carb, and with a 3.3-gallon tank, it can go on forever. 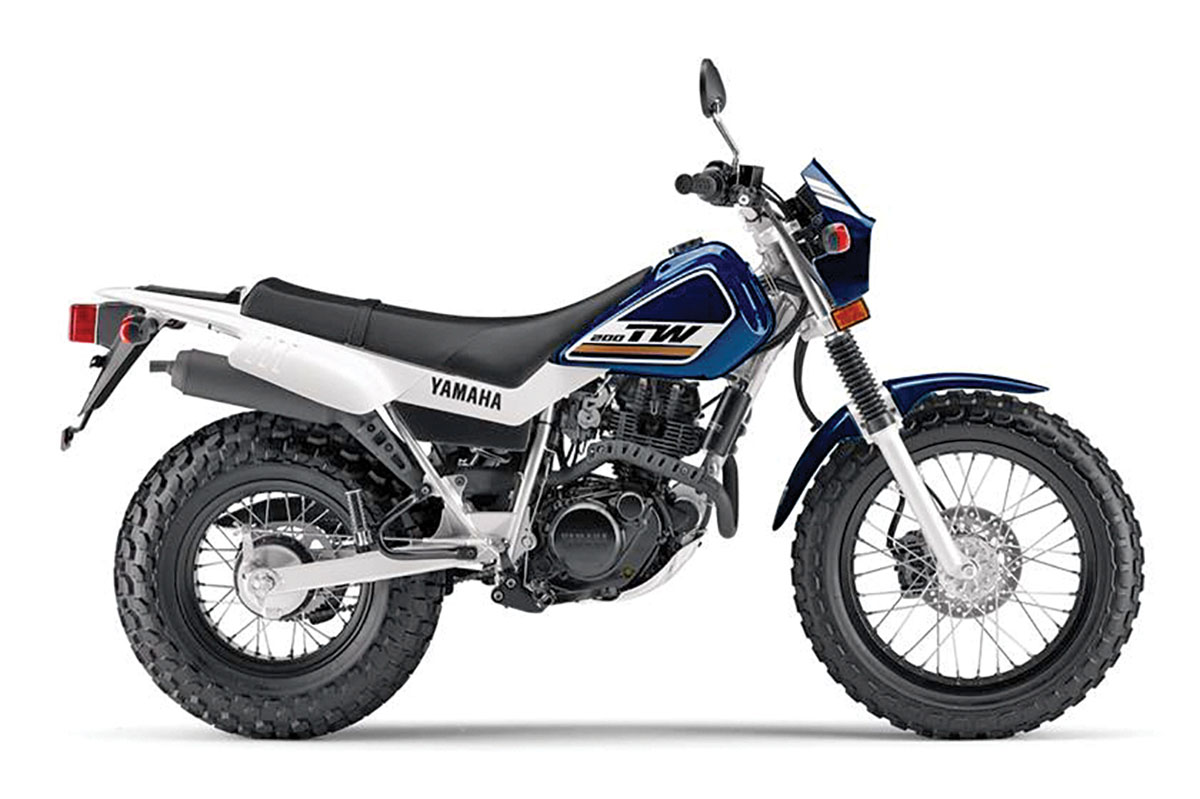 YAMAHA TW200: $4599
Yamaha brainstormed the fat-tire formula over two decades ago, and it proved to be a big hit for new riders to the sport. The low seat height on the TW200 is critical, as is a powerband that focuses on rideability. It also fits on the bumper of a motorhome without trouble, making it a great camping bike, but it’s a little too small for the highway. 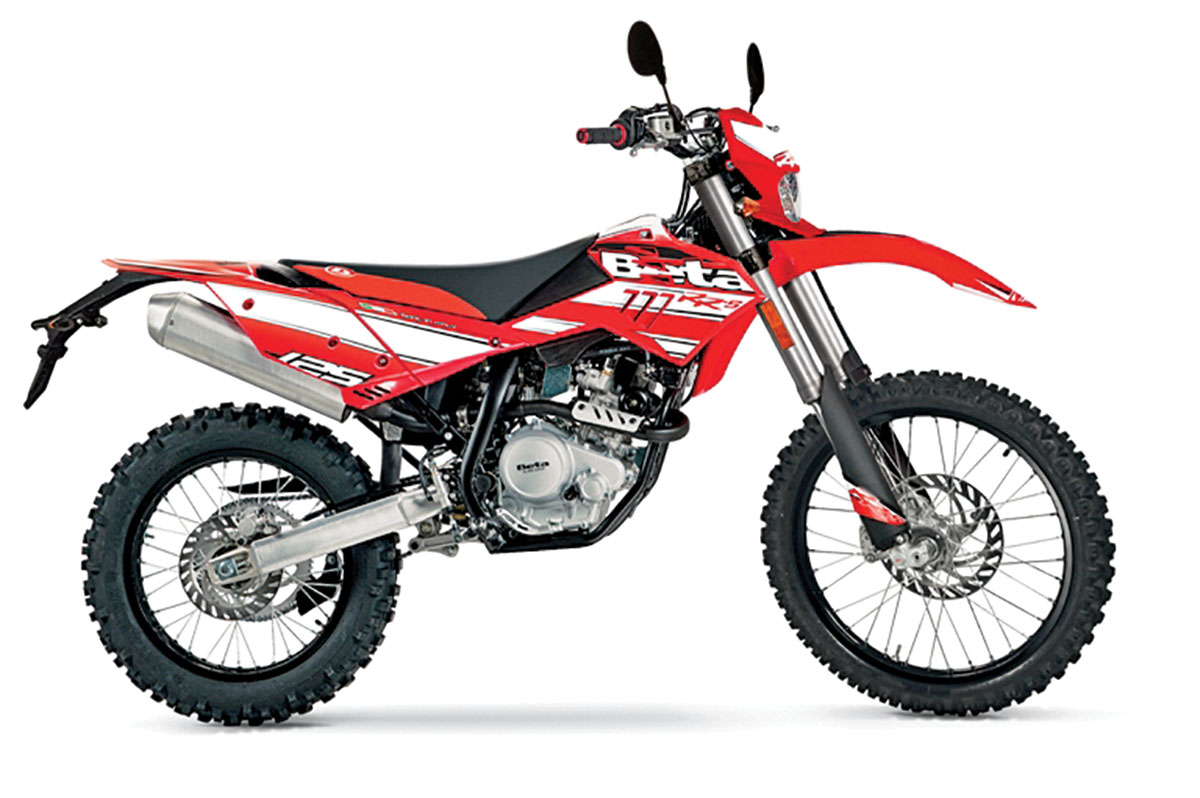 BETA 125RR-S: $4999
This is the smallest-displacement machine in the buyer’s guide, but the Beta 125RR-S is definitely no slouch. The 124cc liquid-cooled motor is carbureted by a 26mm Mikuni, a six-speed gearbox, Sachs suspension and large double disc brakes. The tank is a smallish 1.6 gallons, and it hits the scales at 219 pounds.
Continue Reading
2017 buyer's guidebetaBuyer's guideDual sport buyer's guideHondaKawasakiKTMSuzukiYamaha
Share FacebookTwitterGoogle+ReddItWhatsAppPinterestEmail