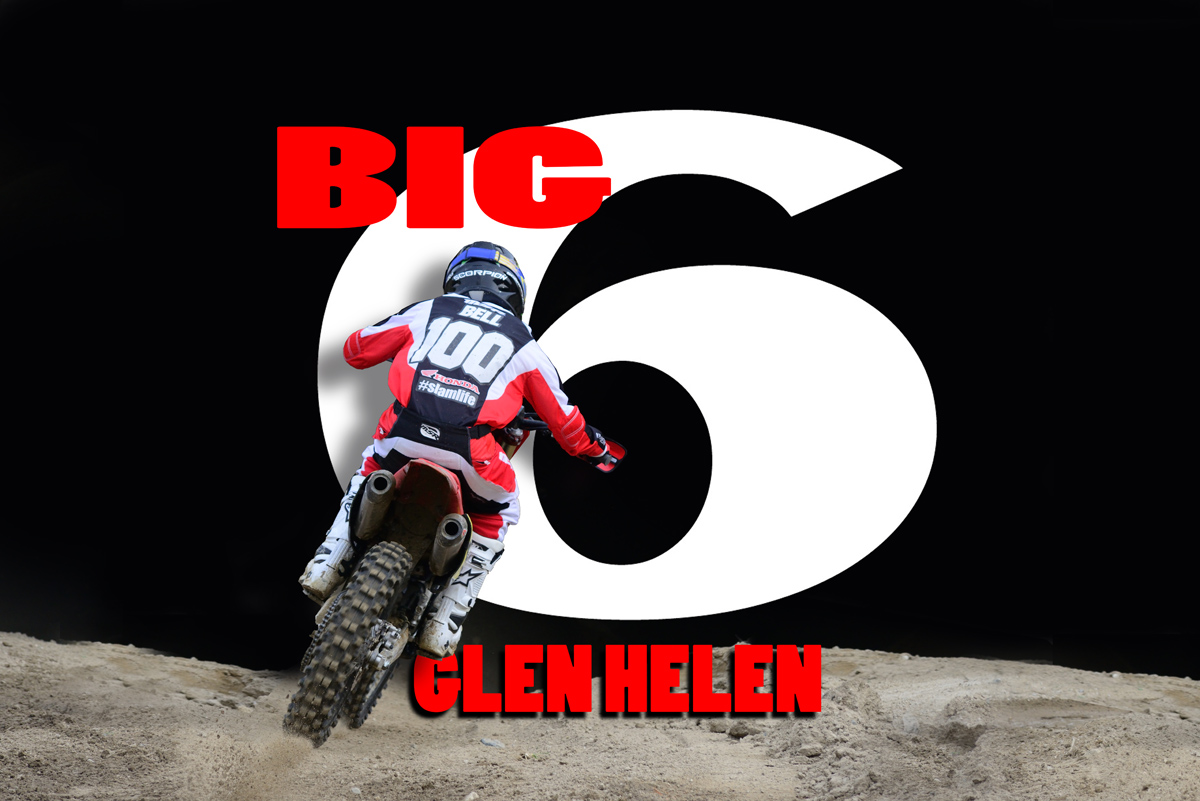 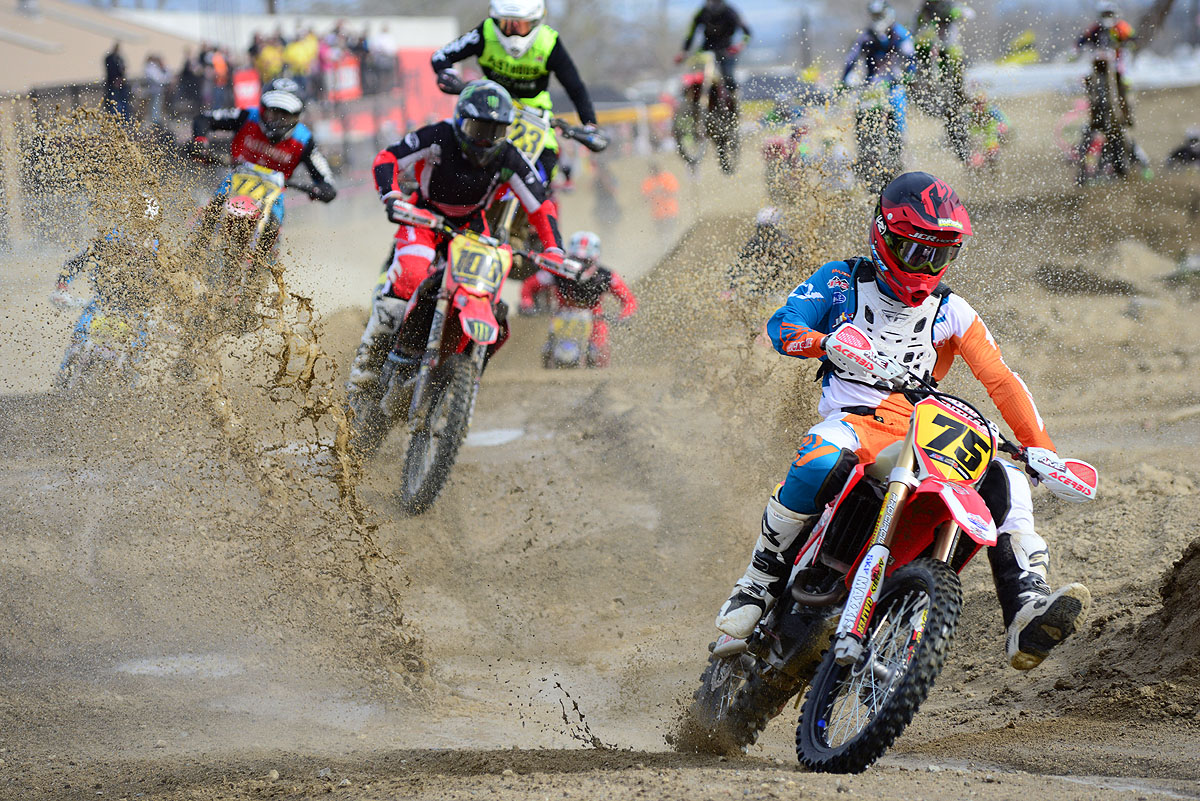 Another huge turnout of District 37 riders attended the Maxxis Big 6 GP series this weekend. It was the Glen Helen round, which is the local track for many of the Pro riders and the pace was intense. Ox Motorsports fill-in rider Zach Bell was the fastest of them all, just as he was at the last round in Taft. Bell is riding for injured Colton Udall and learning the ways of off-road riding very quickly. 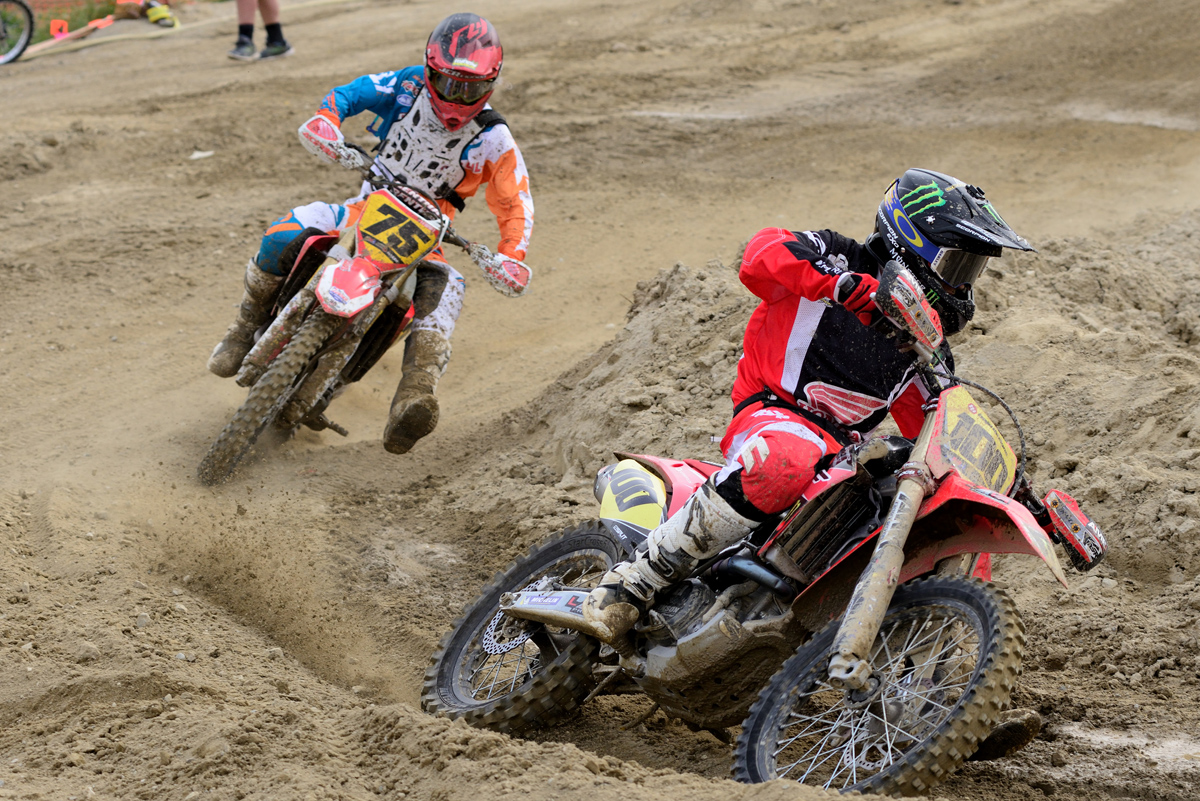 JCR rider Trevor Stewart was the only rider to hang with Bell throughout the 90-minute West Coast GP. Stewart got the start and held off Bell for a quarter lap, then managed to keep Bell in sight for much of the race. Defending Big 6 number one Eric Yorba finally had a good race after suffering through a series of mechanical problems in earlier events this season. He held third throughout the race.

WORCS champion Robby Bell had a miserable start along with his teammate Justin Seeds. The two of them had to work through the pack. With the large turnout, they were also dealing with heavy lapped traffic from the second lap on. On the last lap, Robby managed to pass Blayne Thompson for  fourth. Seeds managed to climb to seventh behind Jeff Loop. In the Pro 2 class it was none other than ATV and Side-by-side champion Beau Baron who took the win, proving once again he can race anything with wheels. He chased down Mitch Anderson, who then picked up the pace and stayed with Baron to the end.

JBC’s Gordon Ward was the ironman of the weekend. He won the 30 Expert, the 40 Expert and the 50 Expert classes. He’s done that in the past, but this time he had tougher competition than ever in the 30 class. JCR’s Benny Breck led almost the whole race before the old man got by. Dirt Bike’s Mark Tilley was third and Sean Collier rode the mighty KX500 Beast to fourth. Collier also rode the Beast in the Pro ranks. He held down 12th through most of the race, but wasn’t credited with completing the final lap.