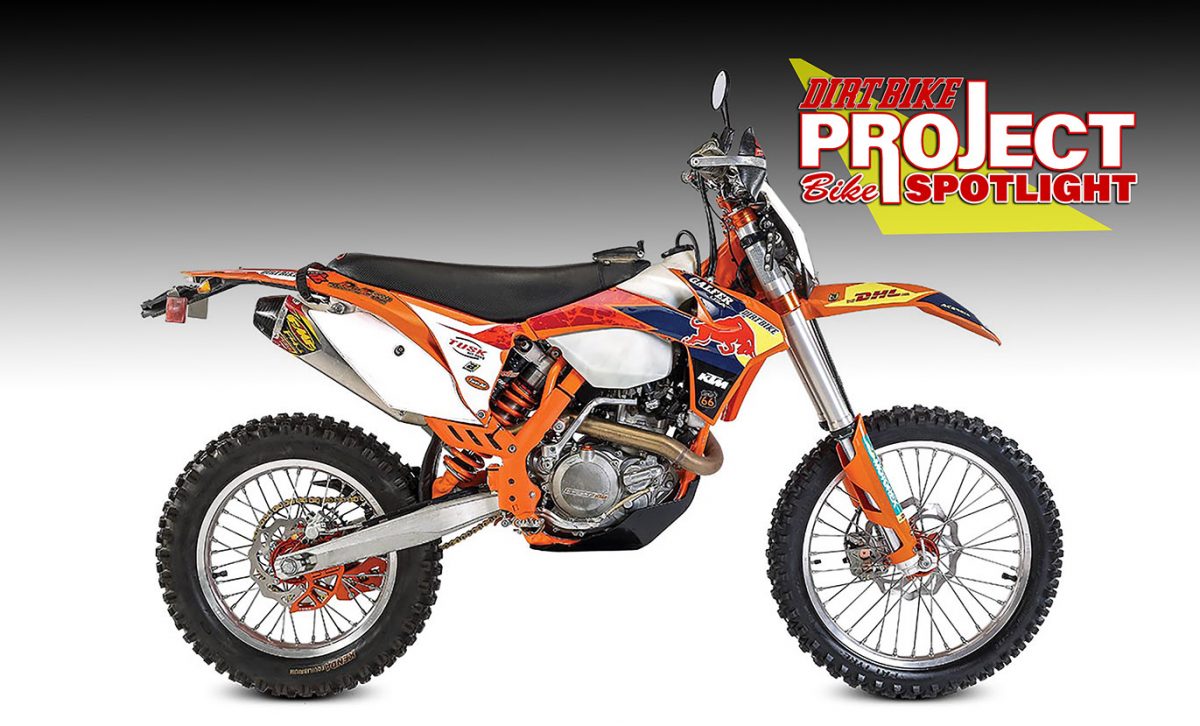 One of Tom Webb’s riding buddies for way too many decades is the infamous Mark “Mental” Mangold. Tom has written about their escapades for years, and he has touted Mental as being one of the hardest of hardcore dirt bike addicts he has ever known. Back in 2012 Mental was already the owner of a 2010 KTM 530EXC, along with a KTM 450SXF, a BMW 1200 and a Sherco trials bike. We happened to be riding up in St. George, Utah, and we let him take a spin on a brand-new 2012 500 EXC. It was a game-changer back then—lighter, more nimble, less vibration, fuel-injected and really good power. He went home, sold his 530 and bought a 500EXC. 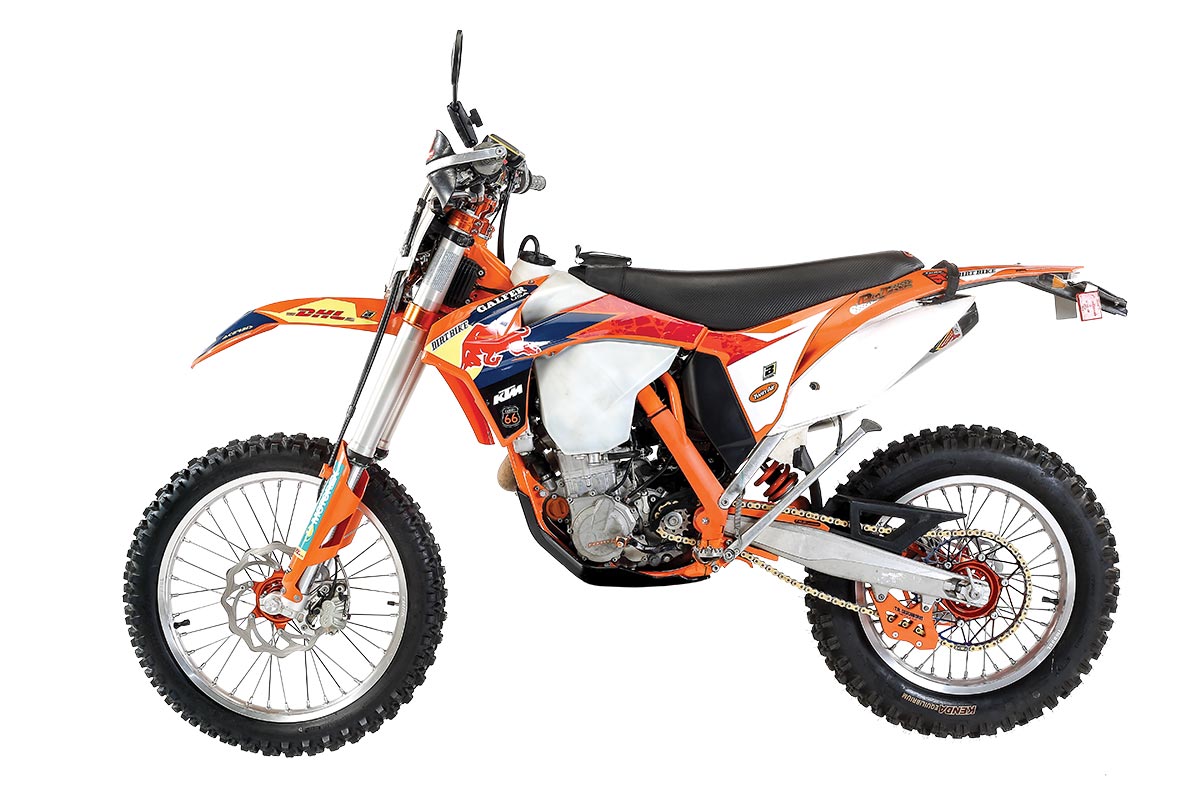 That was eight years ago. The machine has not been hammered, as Mental has enough equipment to ride that none of his bikes get overworked. The 500EXC has about 150 hours on it but has been maintained well. He had Precision Concepts valve and spring the suspension for his robust build. The only motor mods were the FMF muffler and a gearing change to target off-road riding, not MotoGP.

His goals with the rebuild were to freshen the looks, fit it with some new wheels (since the stockers were a bit mottled), give it all-new plastic, new graphics, a new drivetrain (the chain and sprockets were slammed), new DOT-legal tires, and some odds and ends to complement the build.

Money was an issue, though, to be honest, Mental isn’t starving. He said he could have gotten a new 500EXC, but for the $1,500 he put into his machine (planning to make the changes himself), he honestly believed his bike would have an appetite pretty close to that of a new $11,000 machine. Here’s a look at his mods, updates and bolt-ons. He’s smiling and still squeezing the life out of his Enduro Engineering seat foam! 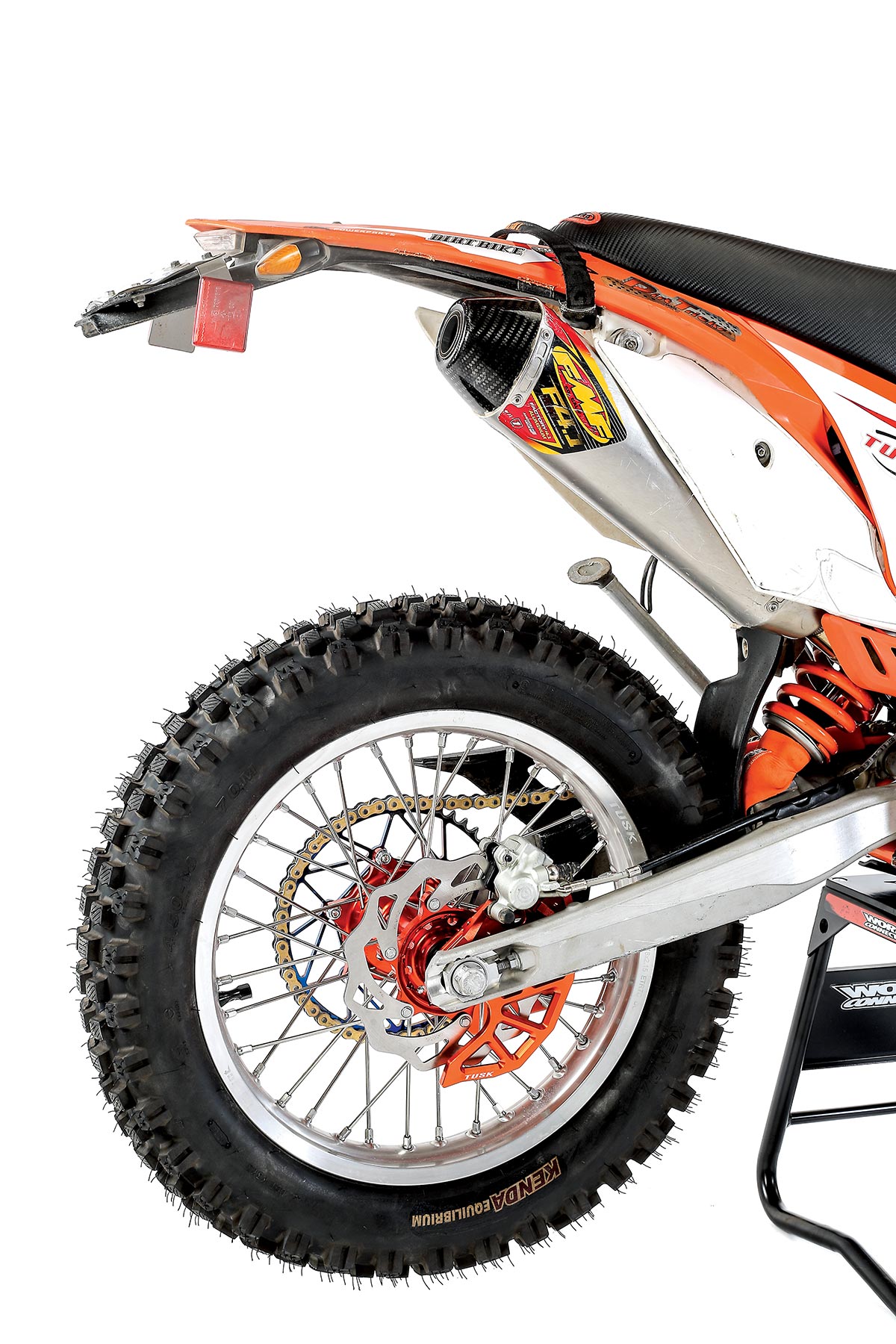 2020 SALT LAKE CITY SUPERCROSS ROUND 13 PRE-RACE: RAIN IN THE FORECEAST