On this week’s Two-Stroke Tuesday we give you an exclusive first look at our 2006 Kawasaki KX250 build with Jared Thomas.  Our goal was to keep the old-school flair but give it some modern day updates. Our 2-Stroke History section is all about the overused and underestimated KDX200 and don’t miss the link to our complete story on Tyler Bowers KX500 project. “THE UNIT” is a must see! 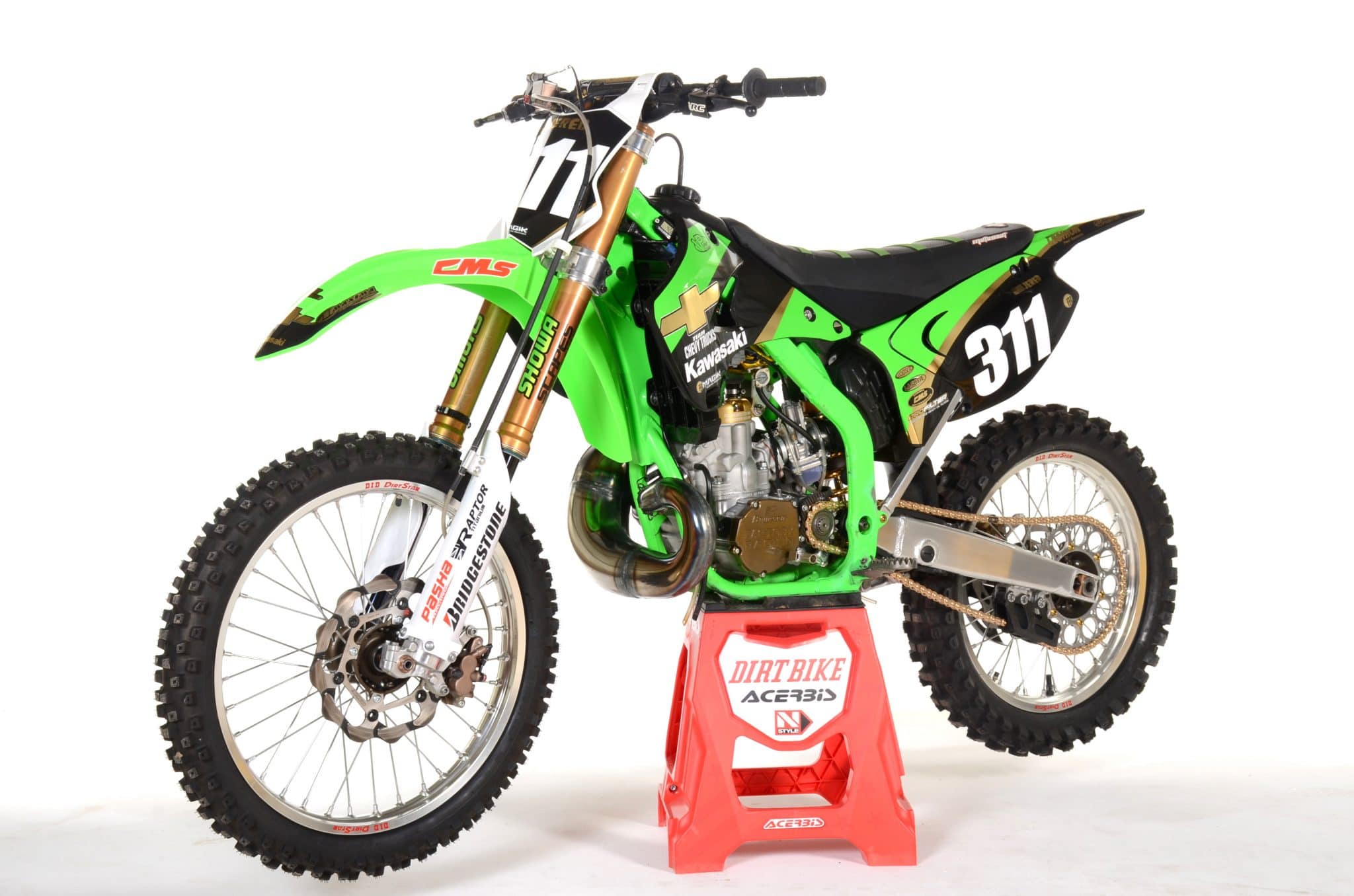 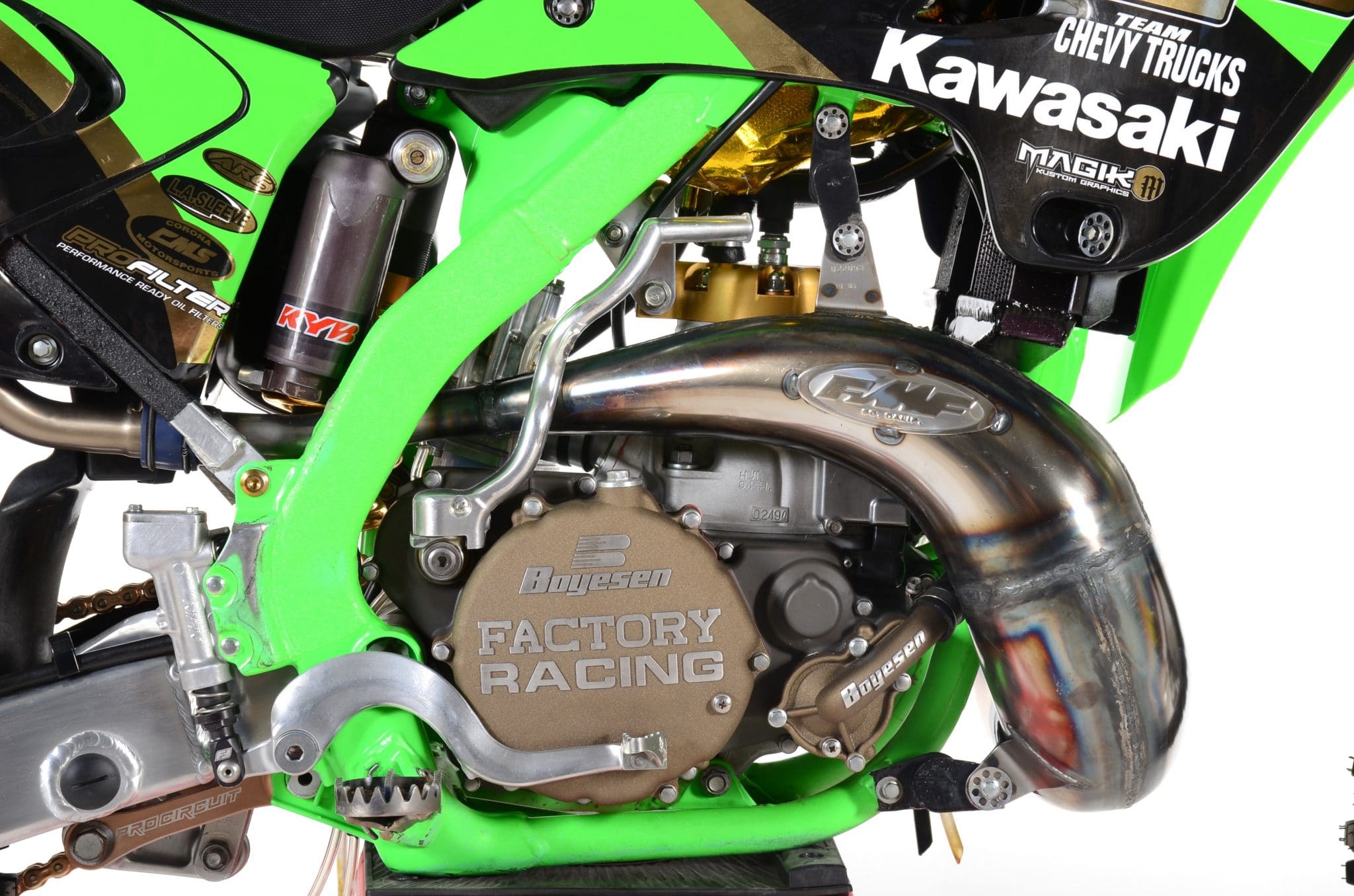 Boyesen clutch covers and Supercoolers can make just about any two-stroke engine look cool. This KX also features some Cerakote finishes in certain places like the hubs, braking components and engine cases. Check out those black radiators! 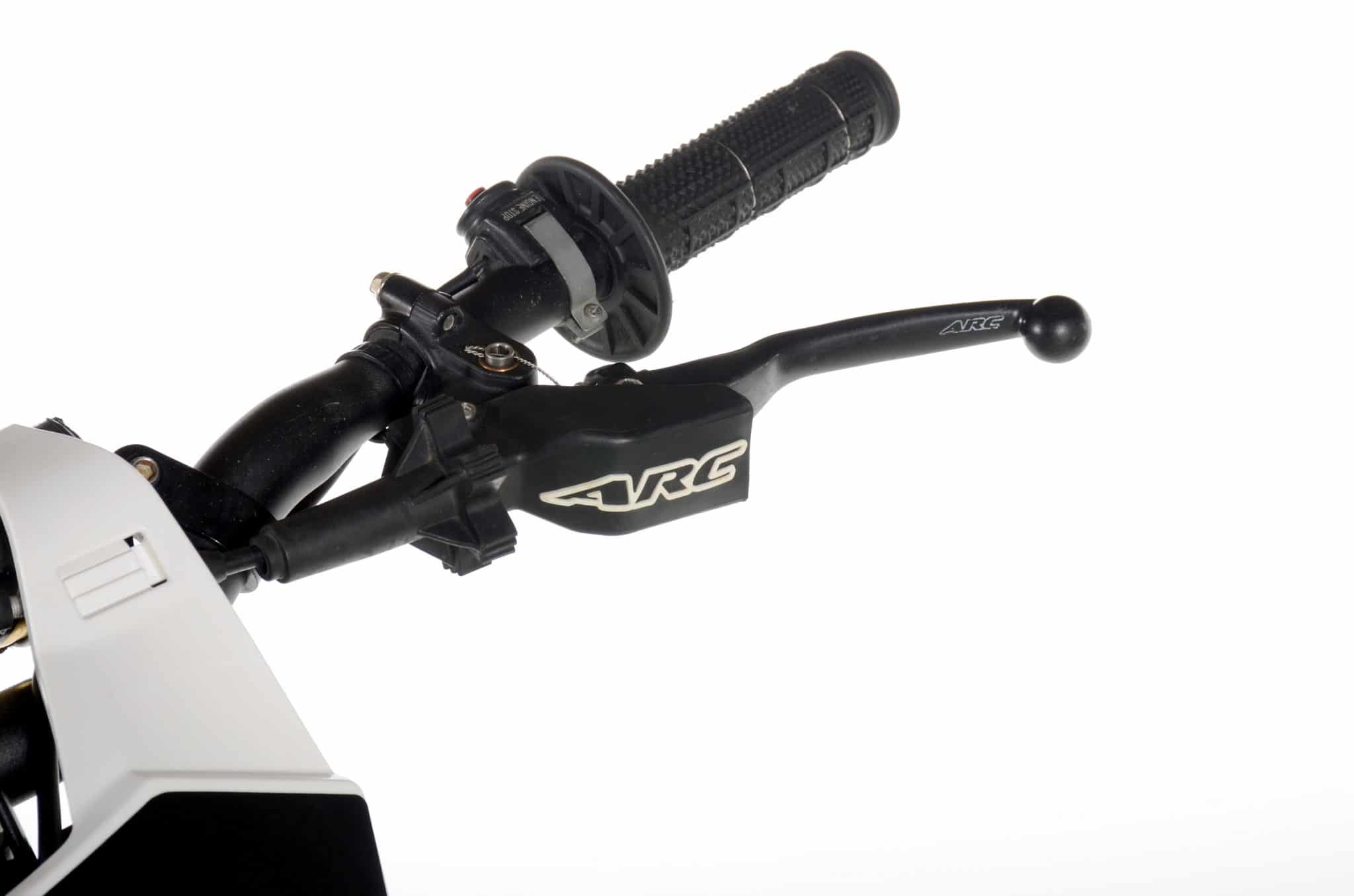 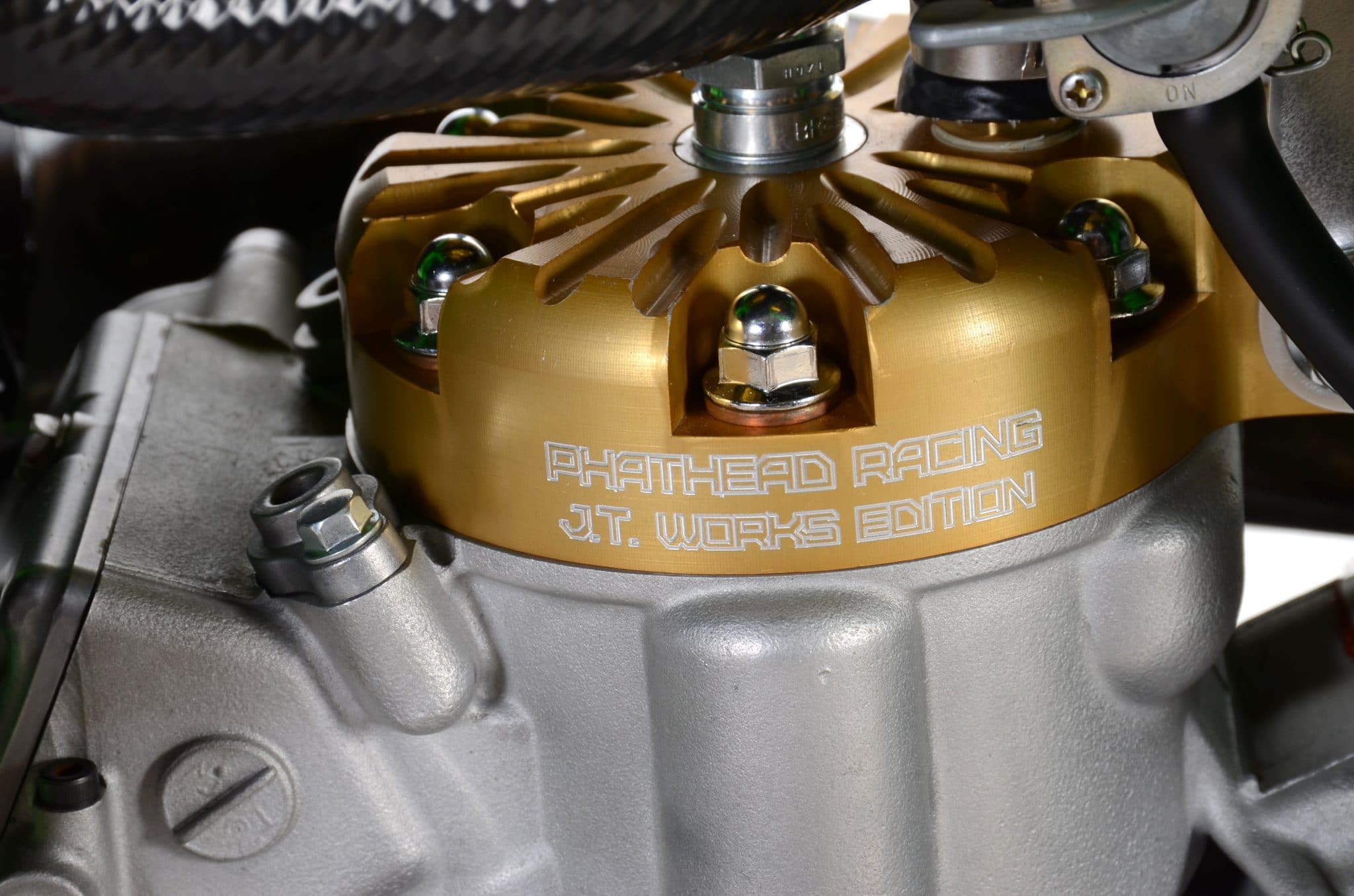 Phathead Racing makes a variety of heads for older and newer two-stroke models that are CNC machined out of billet aluminum . Check them out! 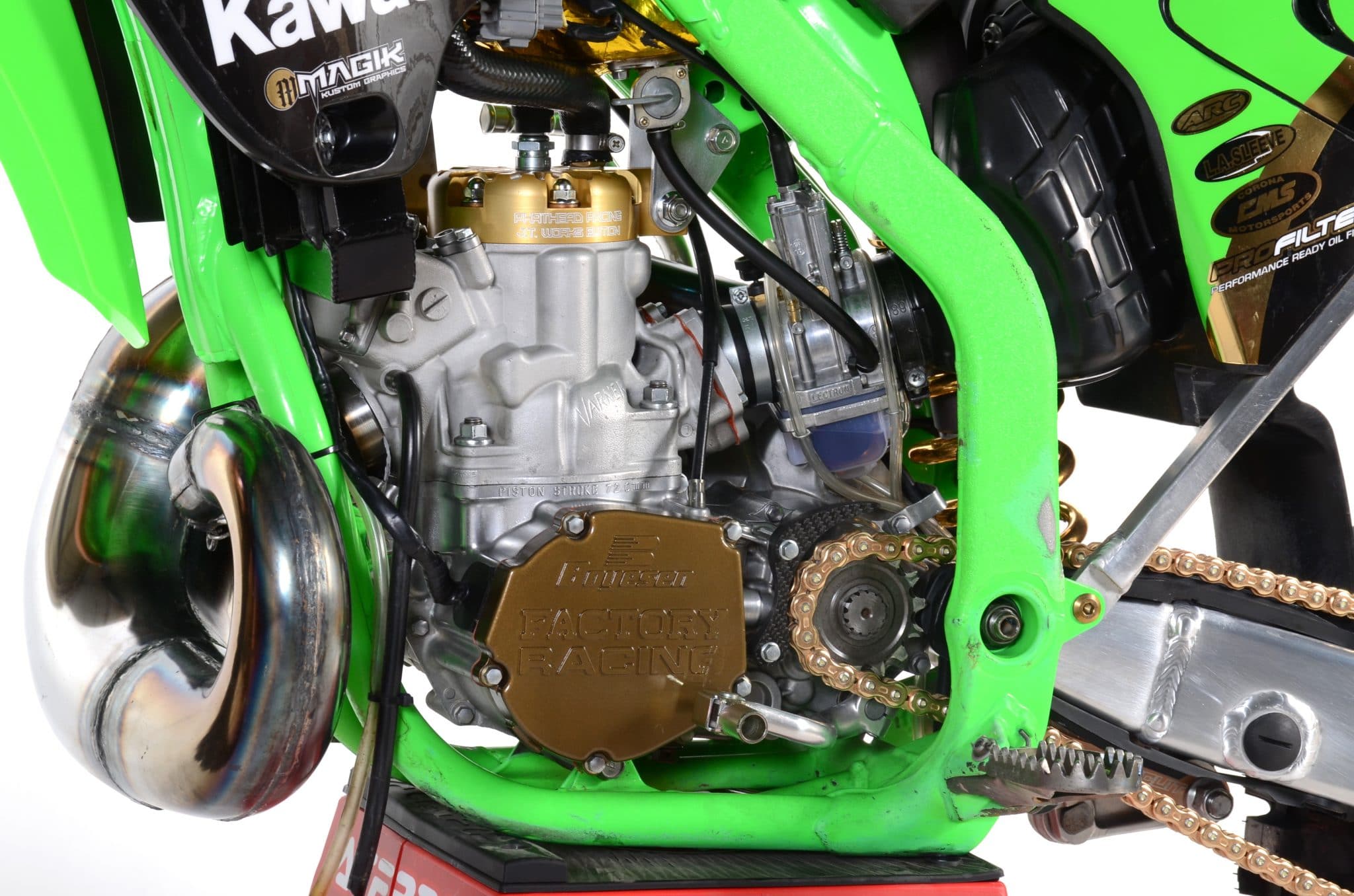 Legendary two-stroke engine builder Terry Varner worked his magic on this KX project. His engine work was teamed with a Boyesen RAD Valve, Lectron Carb and Phathead all tuned on Varner’s dyno . 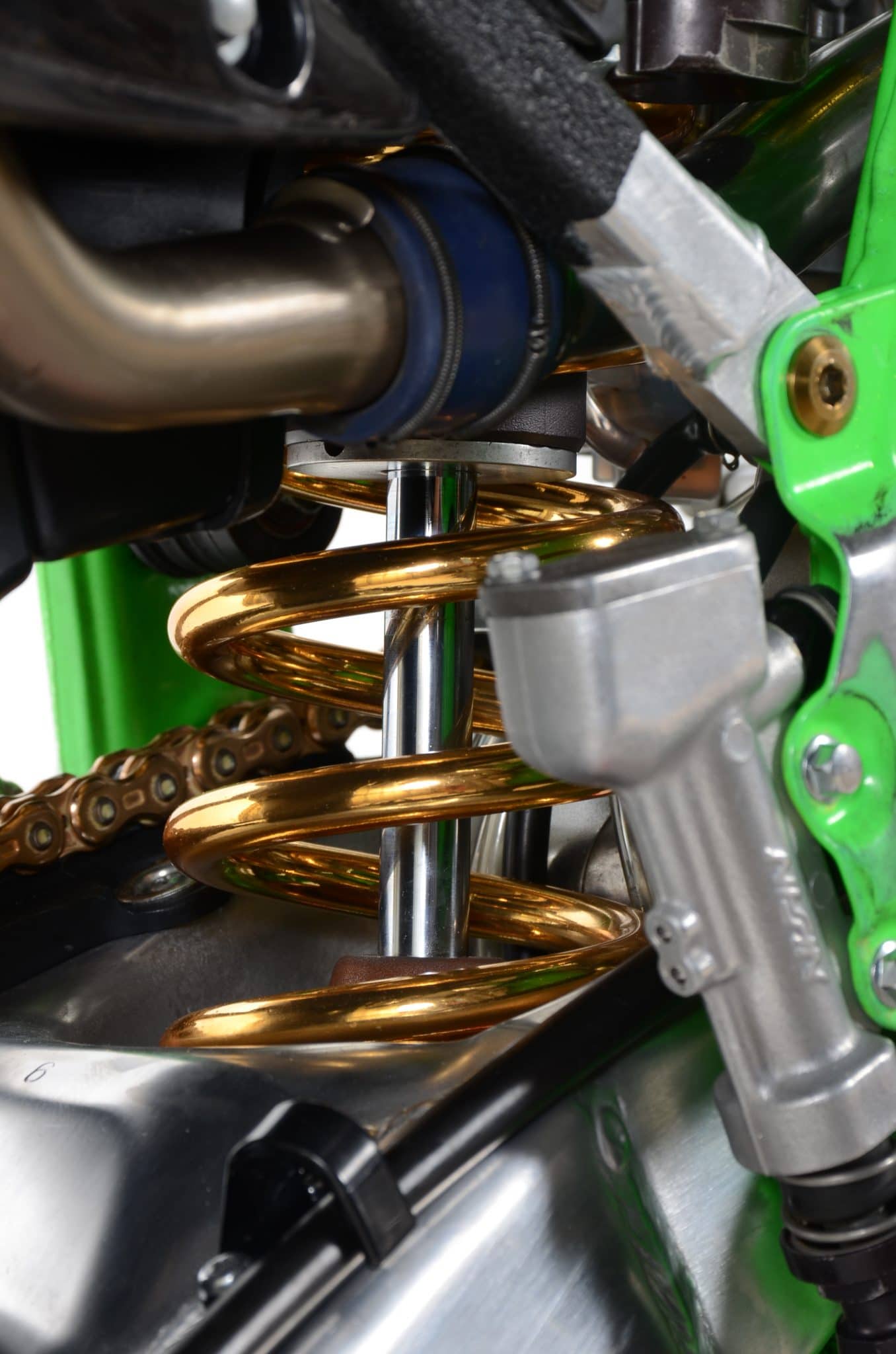 Check this shock spring and it’s available to the public from Technical Touch! 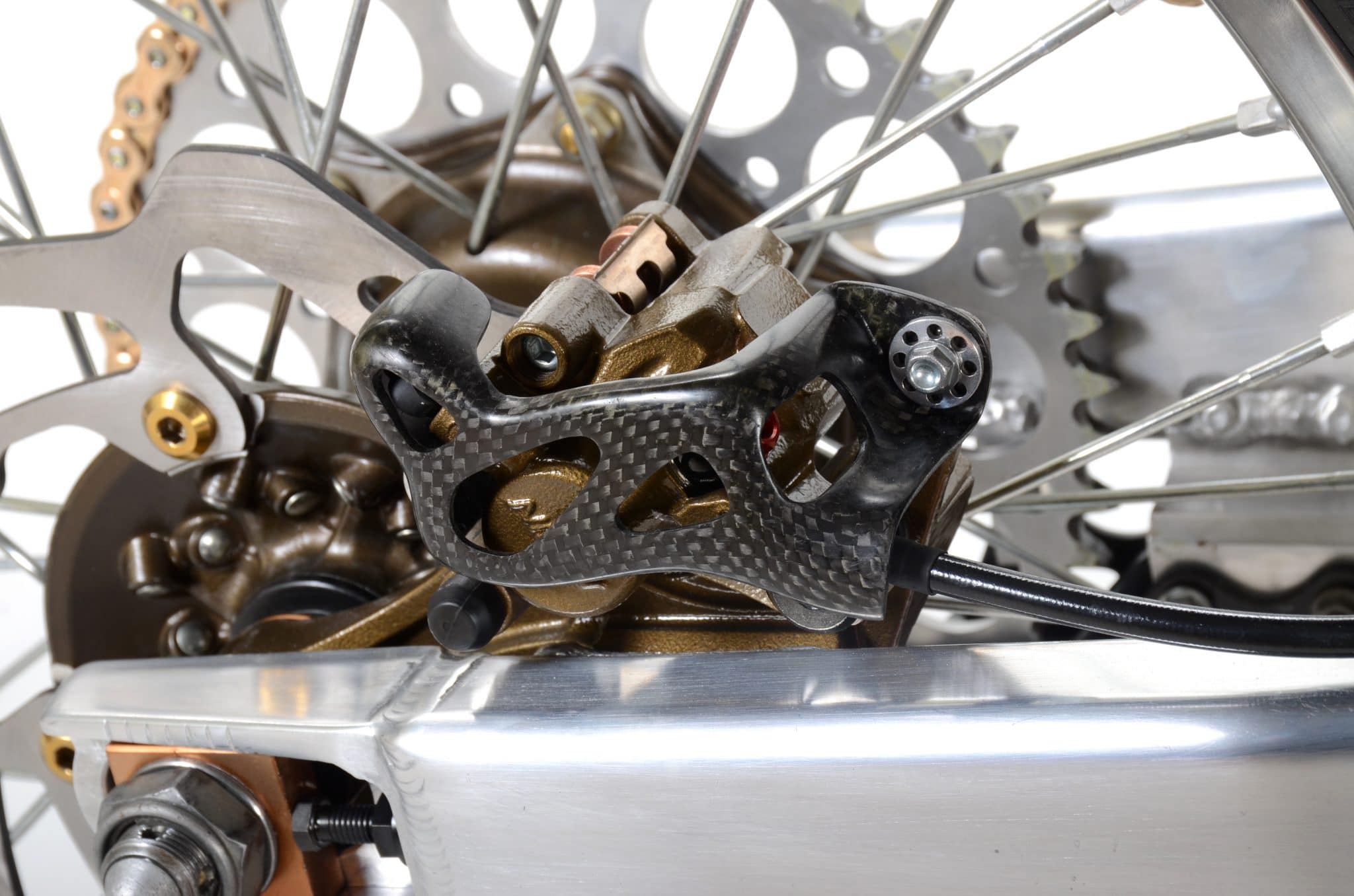 Lightspeed Carbon Fiber made a ton of items for this machine when it was brand new and they are still making some items in limited runs. 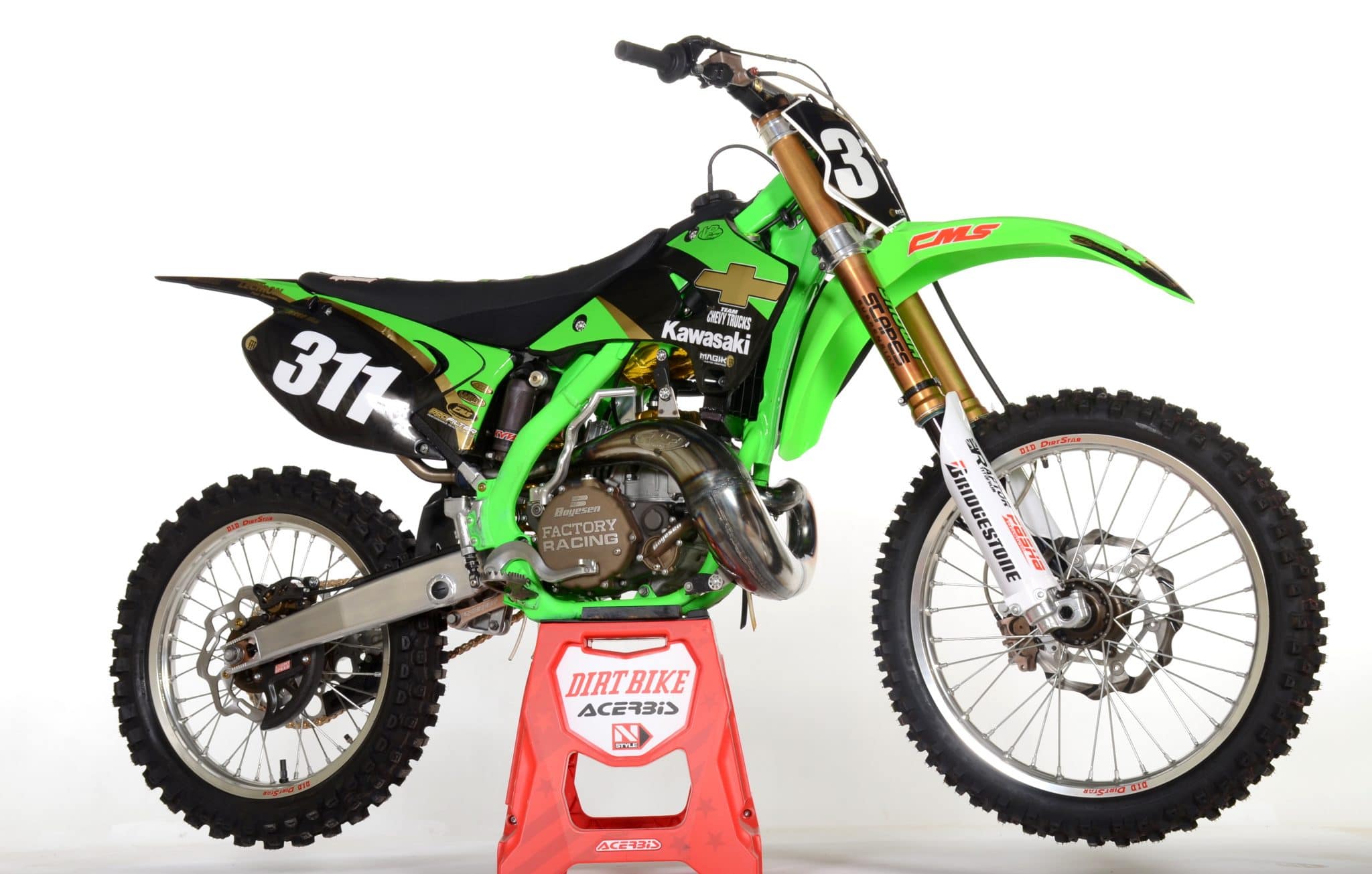 To this day, no one can clearly define the Kawasaki KDX200. Was it a beginner bike designed to teach wives and kids the fine art of off-road riding? Or was it a Navy SEAL of a bike built for the toughest enduros and the most grizzled riders? Clearly it was used as both. In its official lifespan from 1983 to 2006, the KDX was an evolutionary alligator, remaining mostly unchanged as eras passed and other bikes became extinct. CLICK THE IMAGE BELOW FOR THE COMPLETE STORY.

The Kawasaki KX500 is one of the most iconic two-stroke machines ever produced. On the professional racing level, this bike dominated off-road and outdoor motocross championships but was never a winner in the confined spaces of Supercross. Okay, to be fair, there was never a class the KX500 was eligible to participate in. With Red Bull making this year’s Straight Rhythm open to big-bore two-strokes, Tyler Bowers decided to build himself a KX500 with some Supercross credentials. He appropriately named it “the Unit.” CLICK THE IMAGE BELOW FOR MORE NOW!