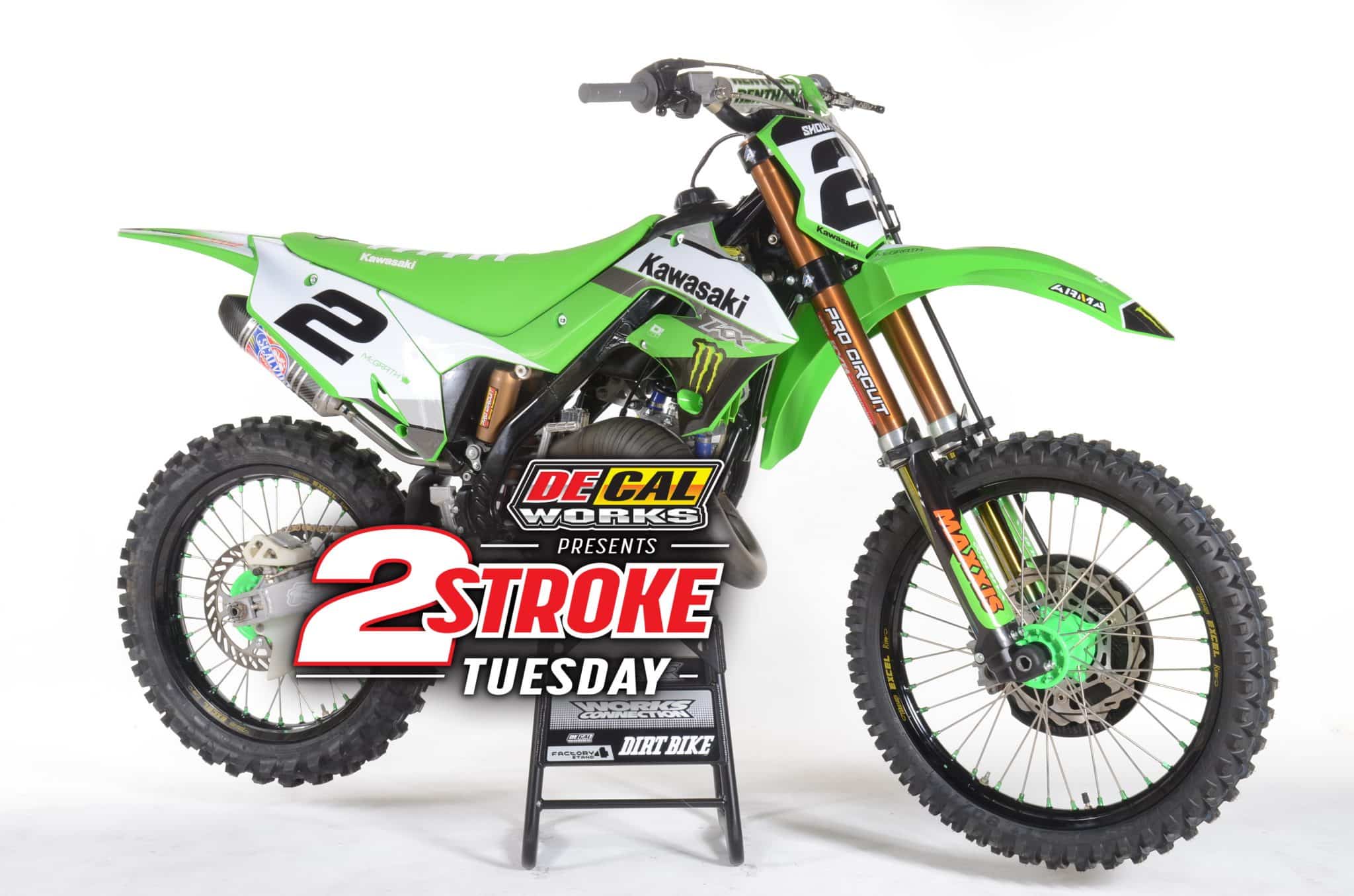 The “King Of Supercross” Jeremy McGrath returned to his roots of racing this past weekend at Glen Helen aboard a very trick 2006 Kawasaki KX125 . Dirt Bike managing editor Mark Tilley got the chance to shoot the bike in the studio prior to the event. McGrath was also awarded the Edison Dye Lifetime Achievement Award at this years Dubya World Vet Championship, if you haven’t seen the great video Travis Fant put together scroll to the bottom of this post to see it. You won’t be disappointed ! 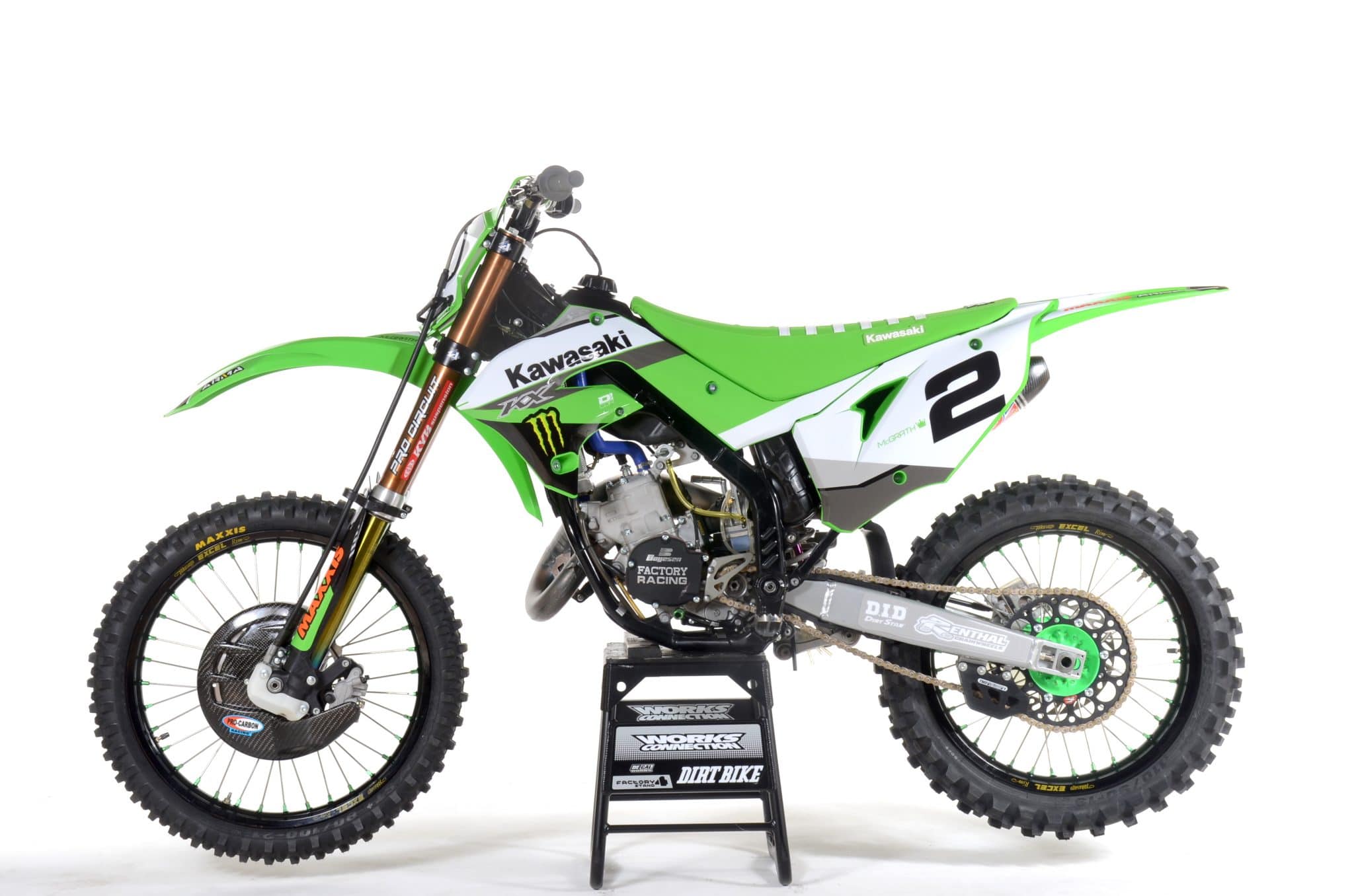 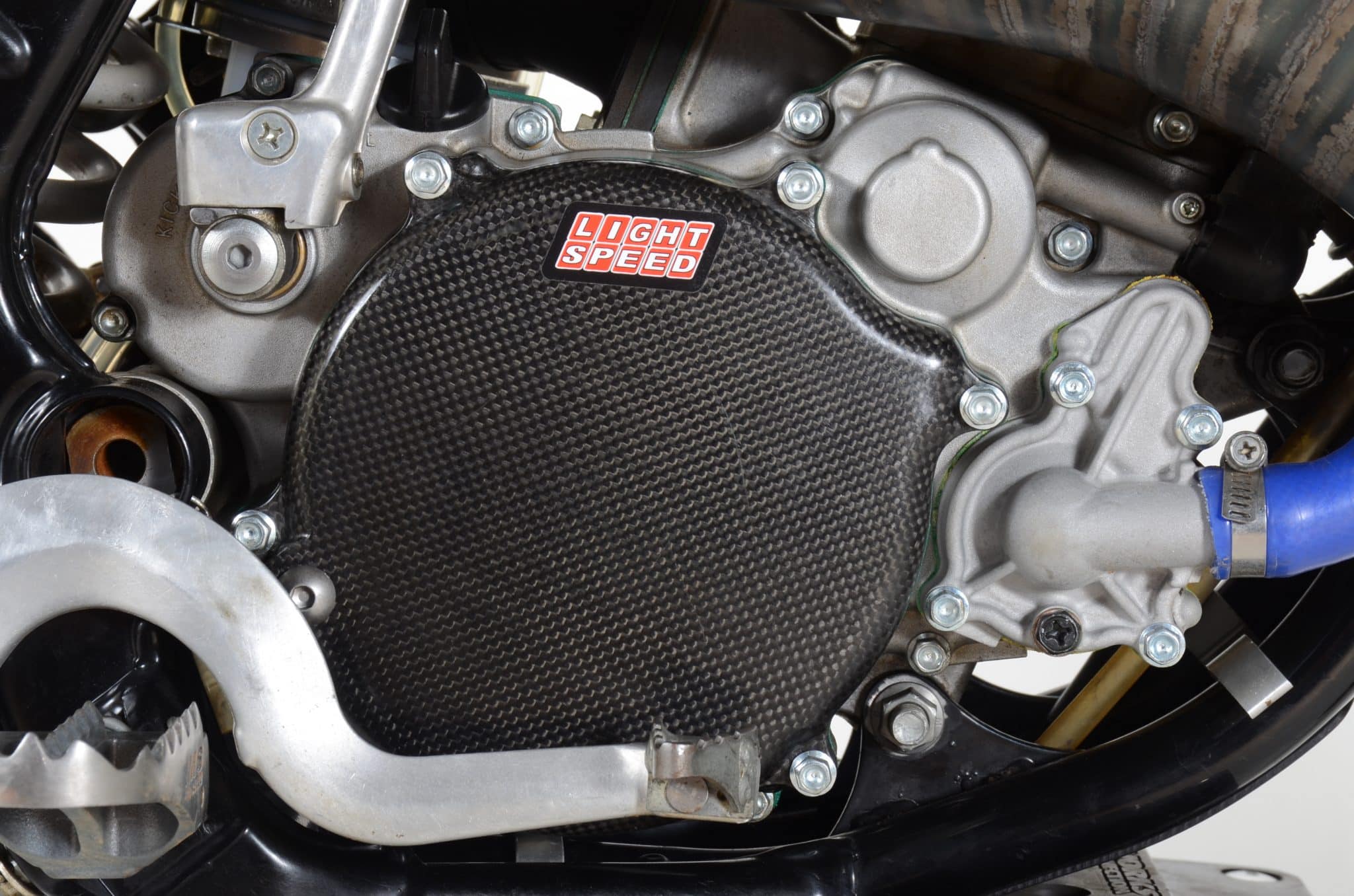 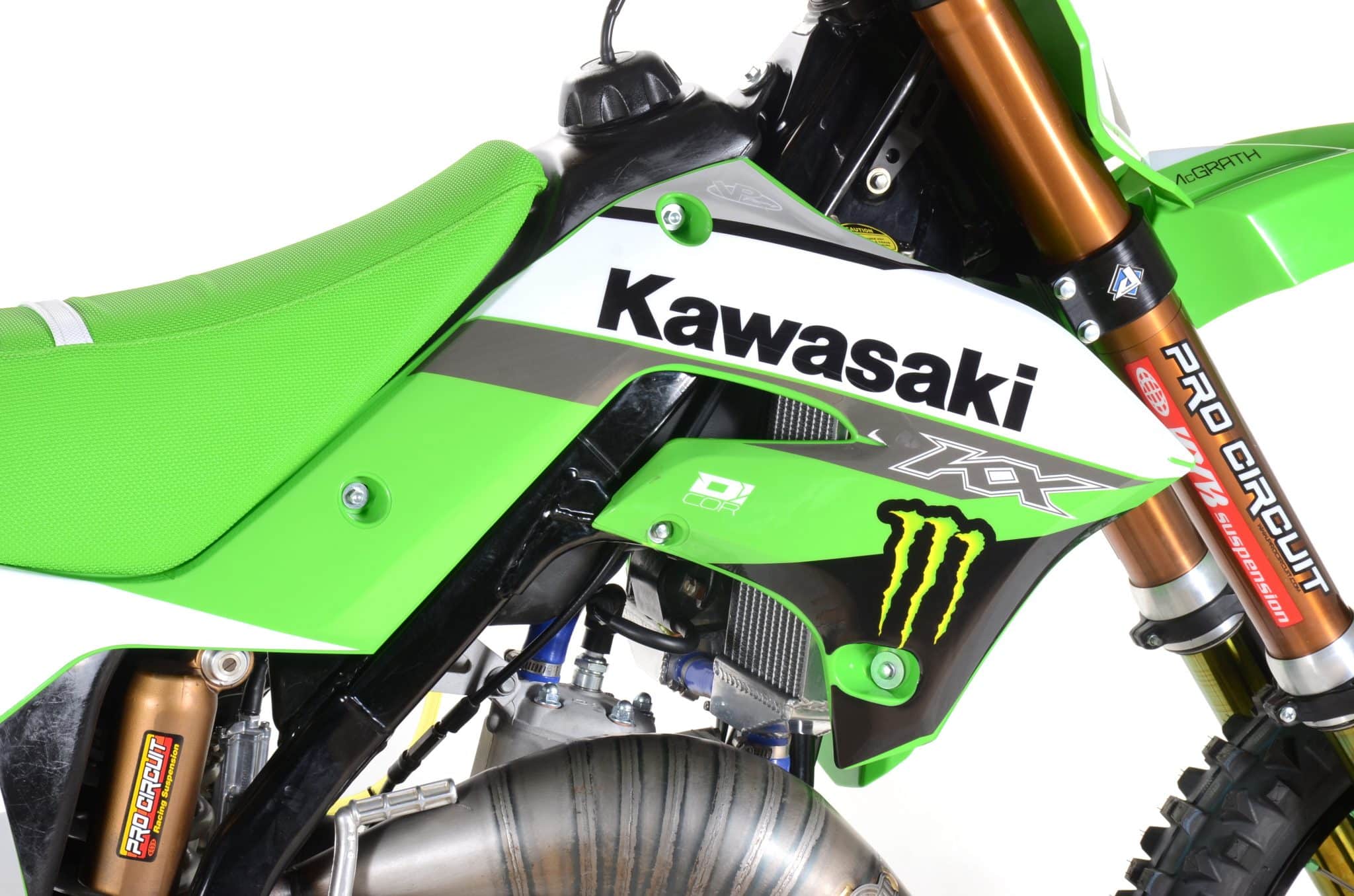 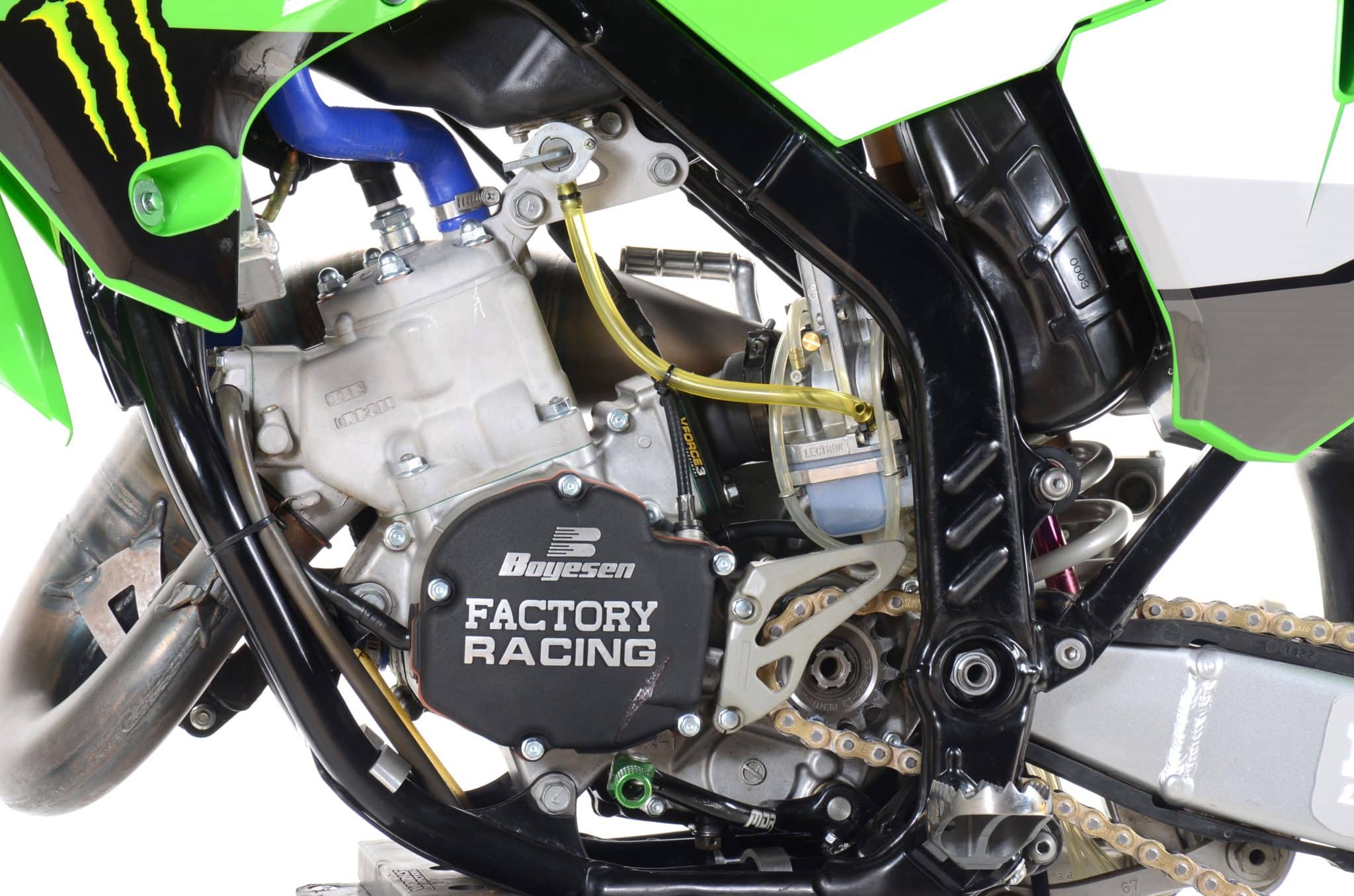 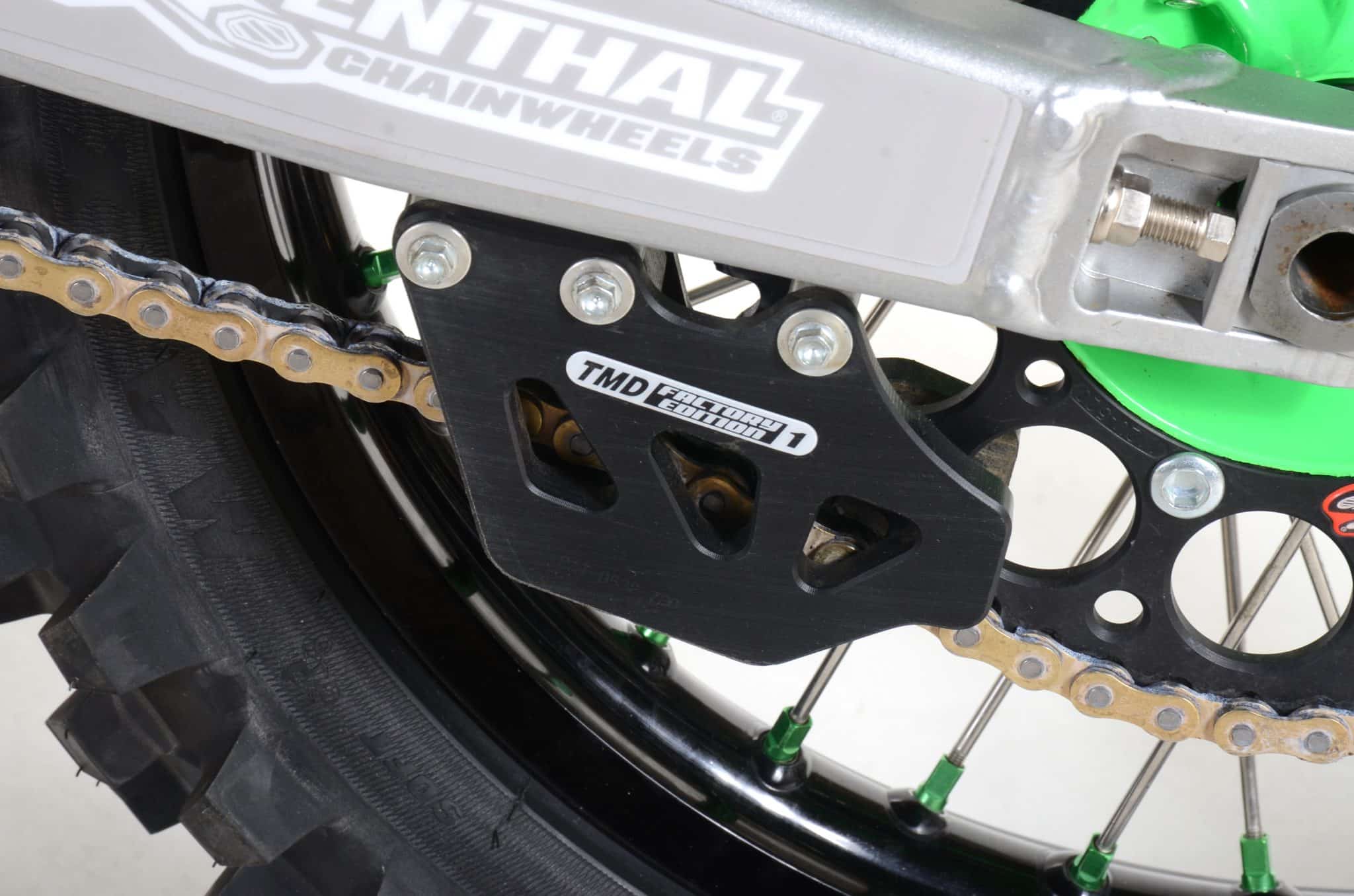 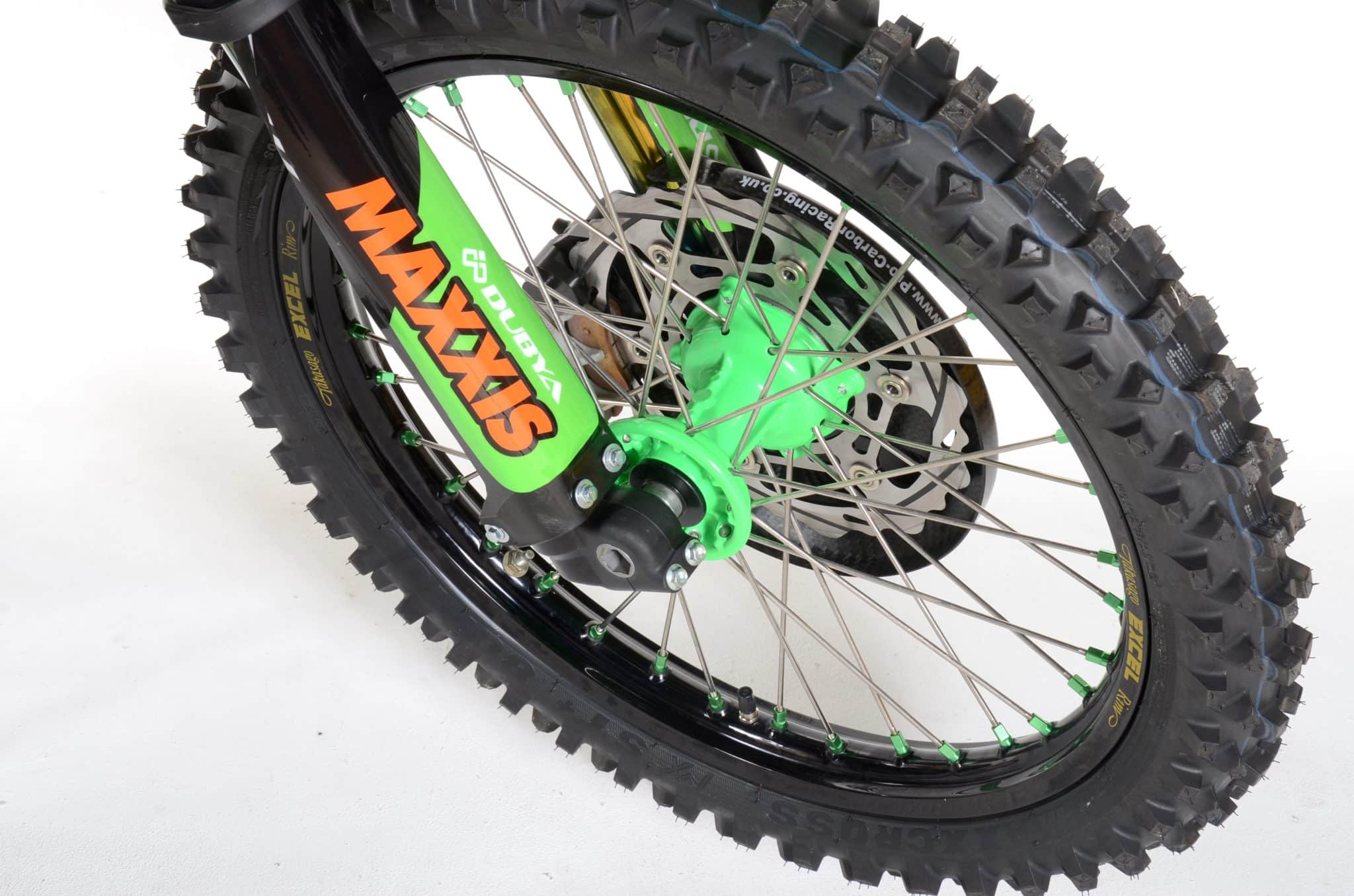 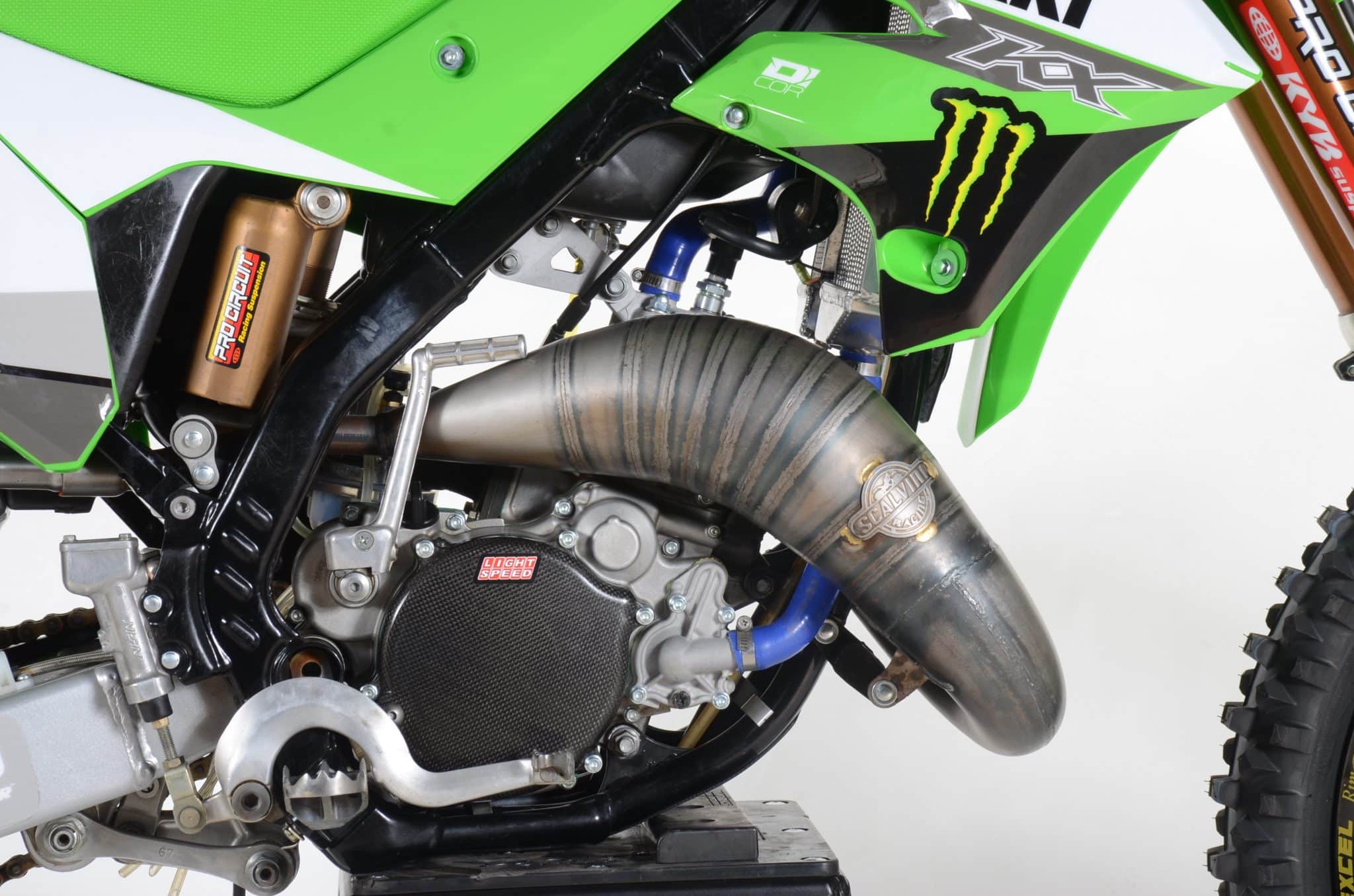 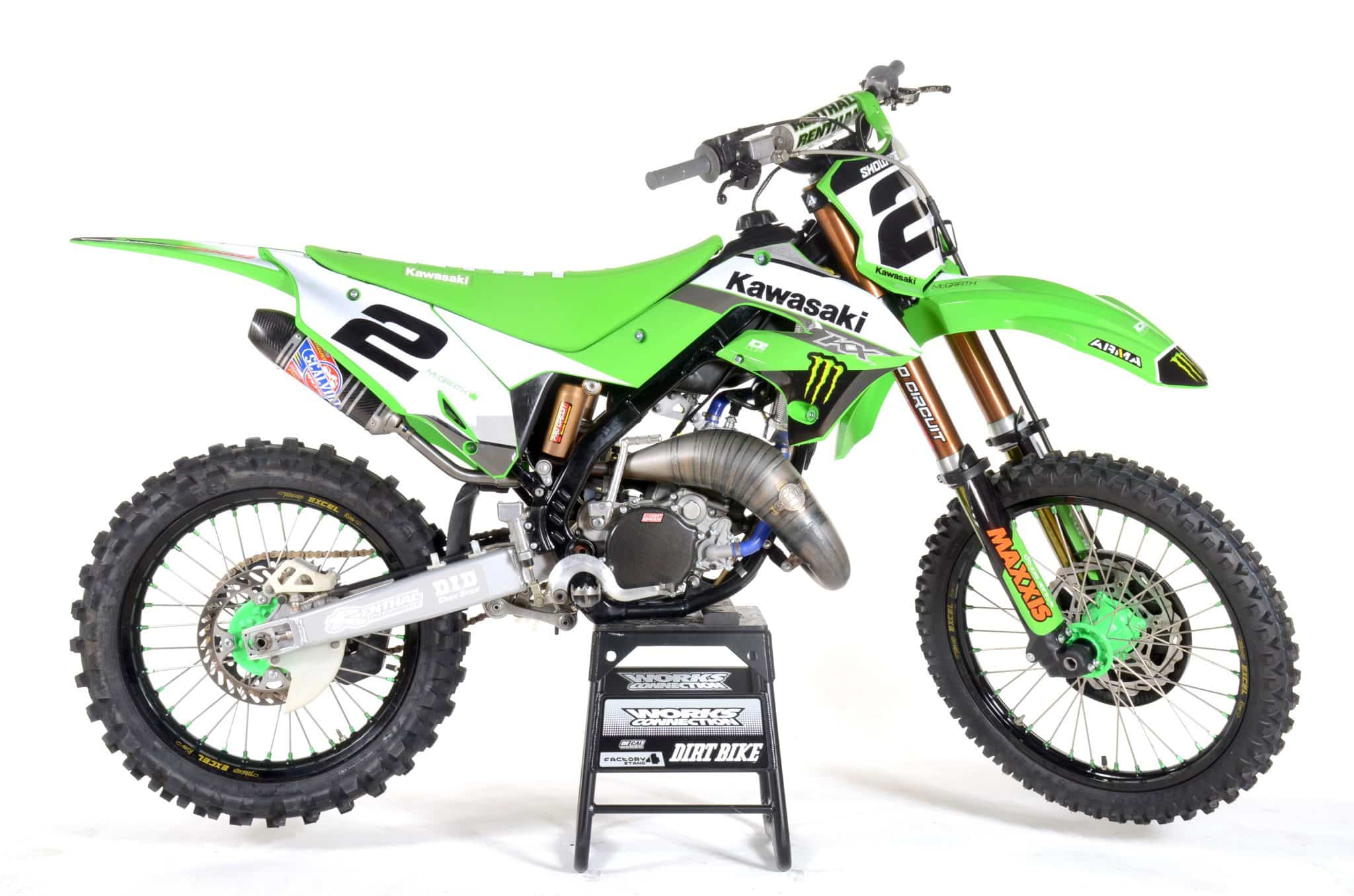 Glen Helen Raceway and Dubya are very excited to announce the 2022 recipient of the 26th Annual Edison Dye Motocross Lifetime Achievement Award will be Jeremy McGrath, the most popular motorcycle racer of the 1990s. This seven-time AMA Supercross and AMA 250 National Motocross champion transcends motocross.

Born in San Fransisco on November 19, 1971 and later moved to Southern California. After just three years of riding as an amateur, McGrath made his AMA debut in 1989. He finished his first Supercross season ranked eighth in the 125 West Region Series. In 1990, he rode for the Kawasaki’s support squad and began to make his an impact on the sport. That year, he won his first 125 West Region Supercross race in Las Vegas and finished the season ranked second overall in the series. While McGrath was becoming known as primarily a Supercross specialist even at this early point of his career, he proved he had skills on the outdoor circuits as well. In total McGrath won 17 AMA Motocross Nationals. In 1991, he was ranked fifth in AMA 125 motocross and eighth in the class in 1992. McGrath also won the Tokyo Supercross in 1992.

After winning his first AMA Supercross race, McGrath went on to dominate the 1993 AMA Supercross Series, winning 10 races and earning the championship.During his career, McGrath rode for Kawasaki, Honda, Suzuki and Yamaha. He was the first rider to own and ride for his own factory-backed team. He announced his retirement before the opening round of the 2003 AMA Supercross Series in Anaheim. Though retired from full-time Supercross and motocross competition, McGrath continued his racing career after being inducted into the Motorcycle Hall of Fame. McGrath’s legacy in the sport of motorcycle racing will be felt for generations to come.