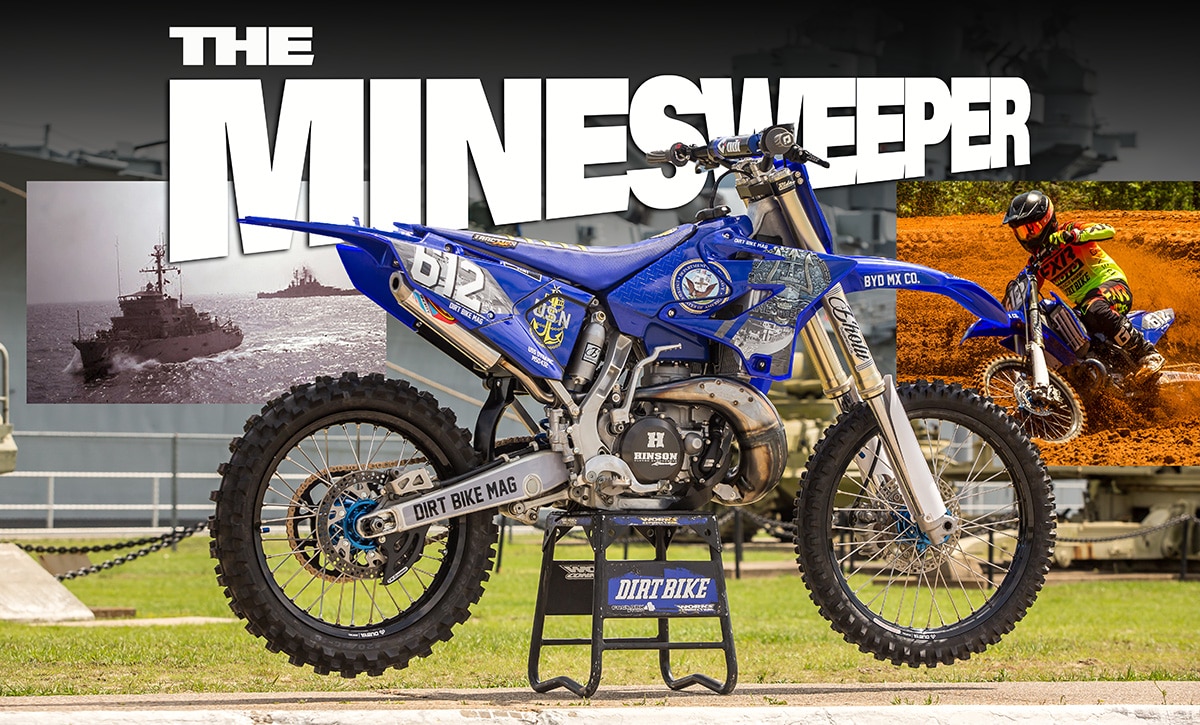 The Dirt Bike Magazine Video Editor Travis Fant’s intentions were to ride his 2005 Yamaha YZ250 until it blew up. After a year of hammering it in the hills of Southern California the YZ finally met its fate. Travis has always had a soft spot for the Military, American history, and his dad’s stories from his time in the Navy. This is where the MINESWEEPER theme came from. A bike built with a story behind it and a tribute to those who sacrificed their lives so our freedoms would be protected. Enjoy our latest addition to the Dirt Bike Magazine “Premix” video series where its all two-strokes all the time!