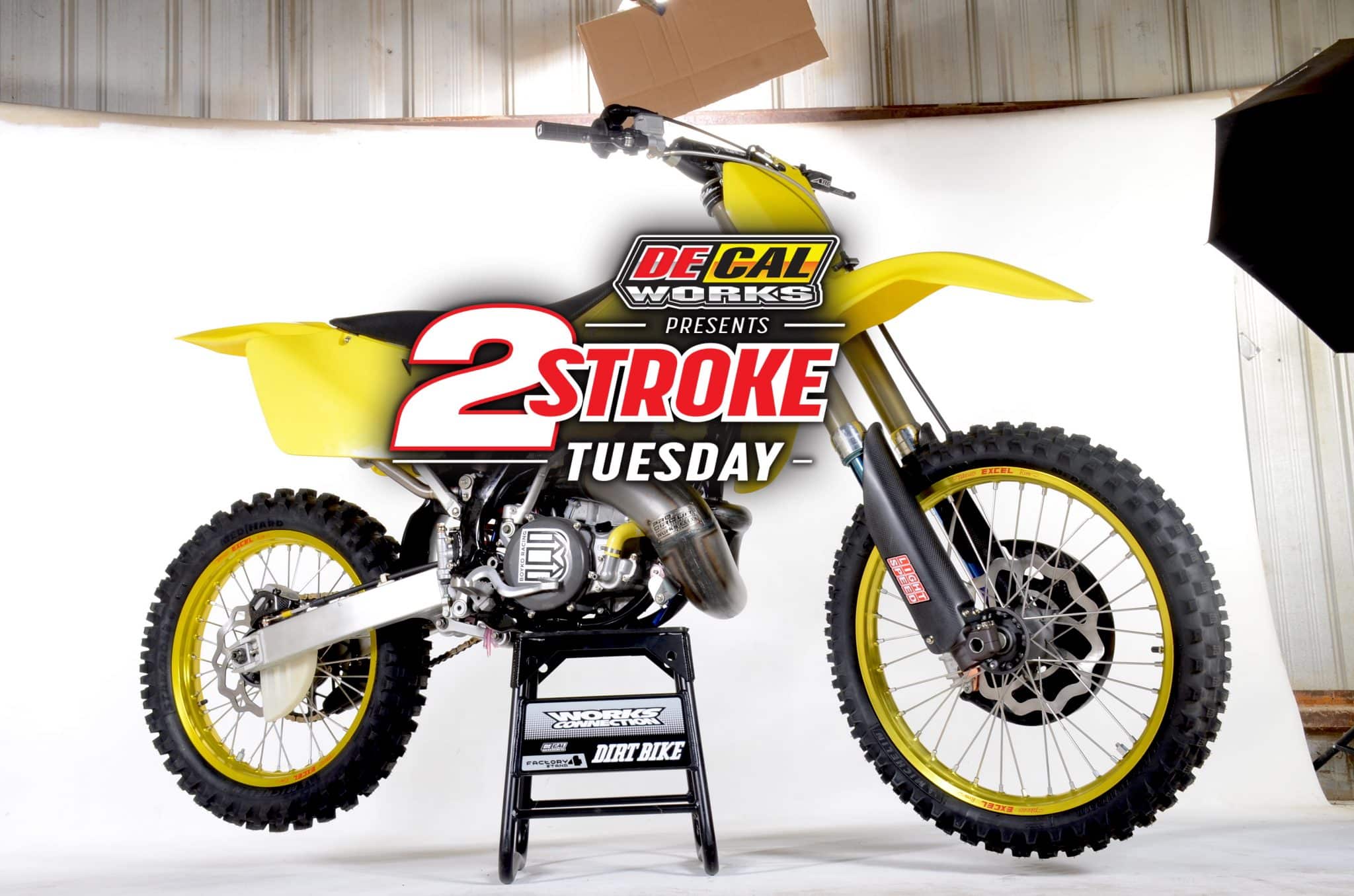 Suzuki’s RM250s in the early ‘2000s were great motorcycles and on the professional level in 2001 Kevin Windham was the head of their 250 effort. K-Dubs factory bike is the inspiration for this 2001 RM250 project. The graphics are being designed by Ryan and Brandon at Throttle Syndicate right now  and along with a few other items finished up and hopefully the project will be completed early next year. It could possibly make an appearance at A1! 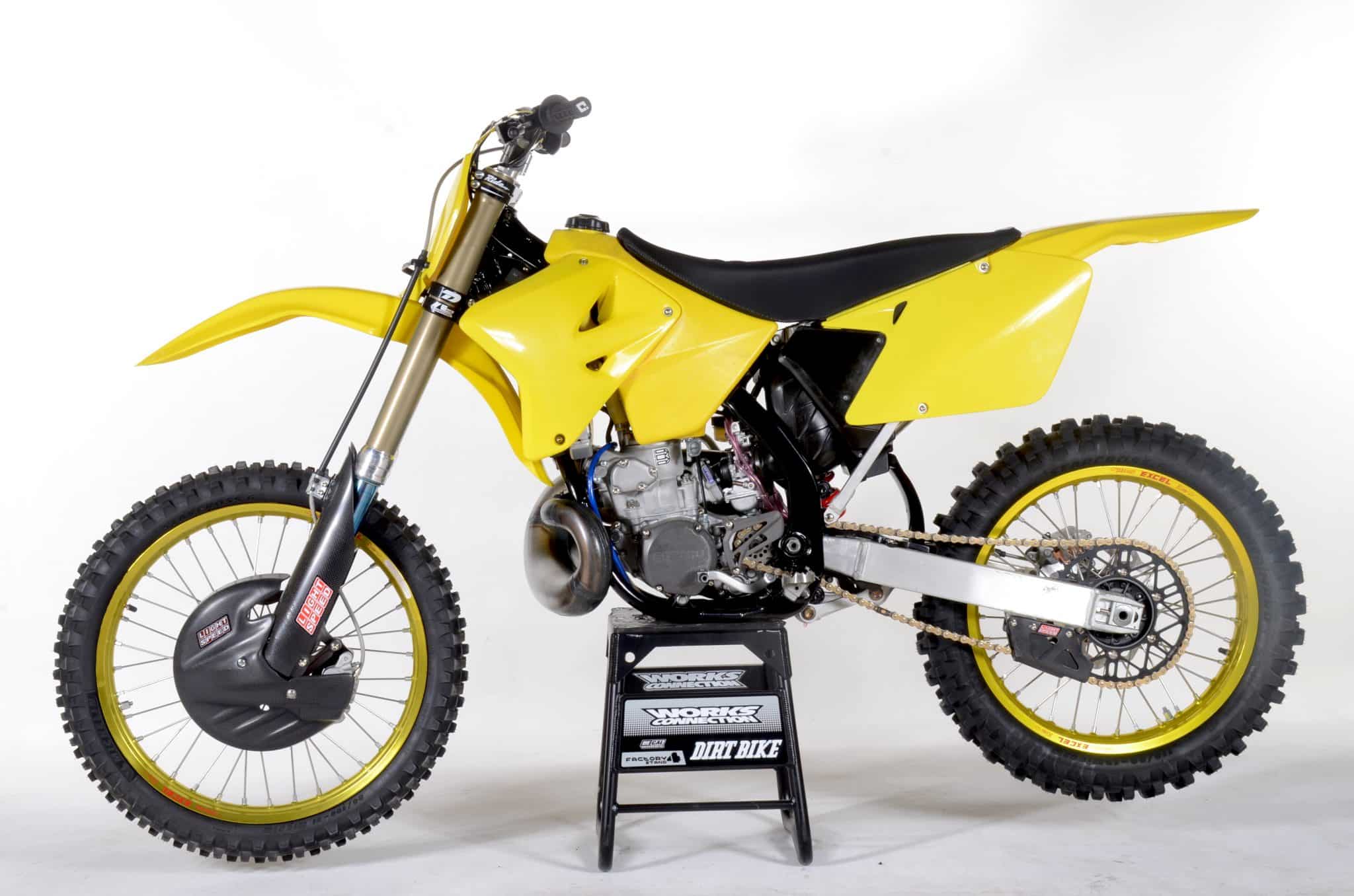 As you can tell this is not a Windham replica build with factory backdoor parts and all the team sponsors at that time. This is more of a tribute to his bike and the team in that era. We used some team sponsors like Michelin, Lightspeed Carbon Fiber (DSP), DID, Galfer, Excel, Acerbis, Motul, Twin Air and Pro Circuit but then brought other companies like Boyco Racing, Superlite Sprockets, Pro X, AHM Factory Services Suspension, ODI, Specbolt, Take Off Adhesive Remover and Ride Engineering along for the ride. 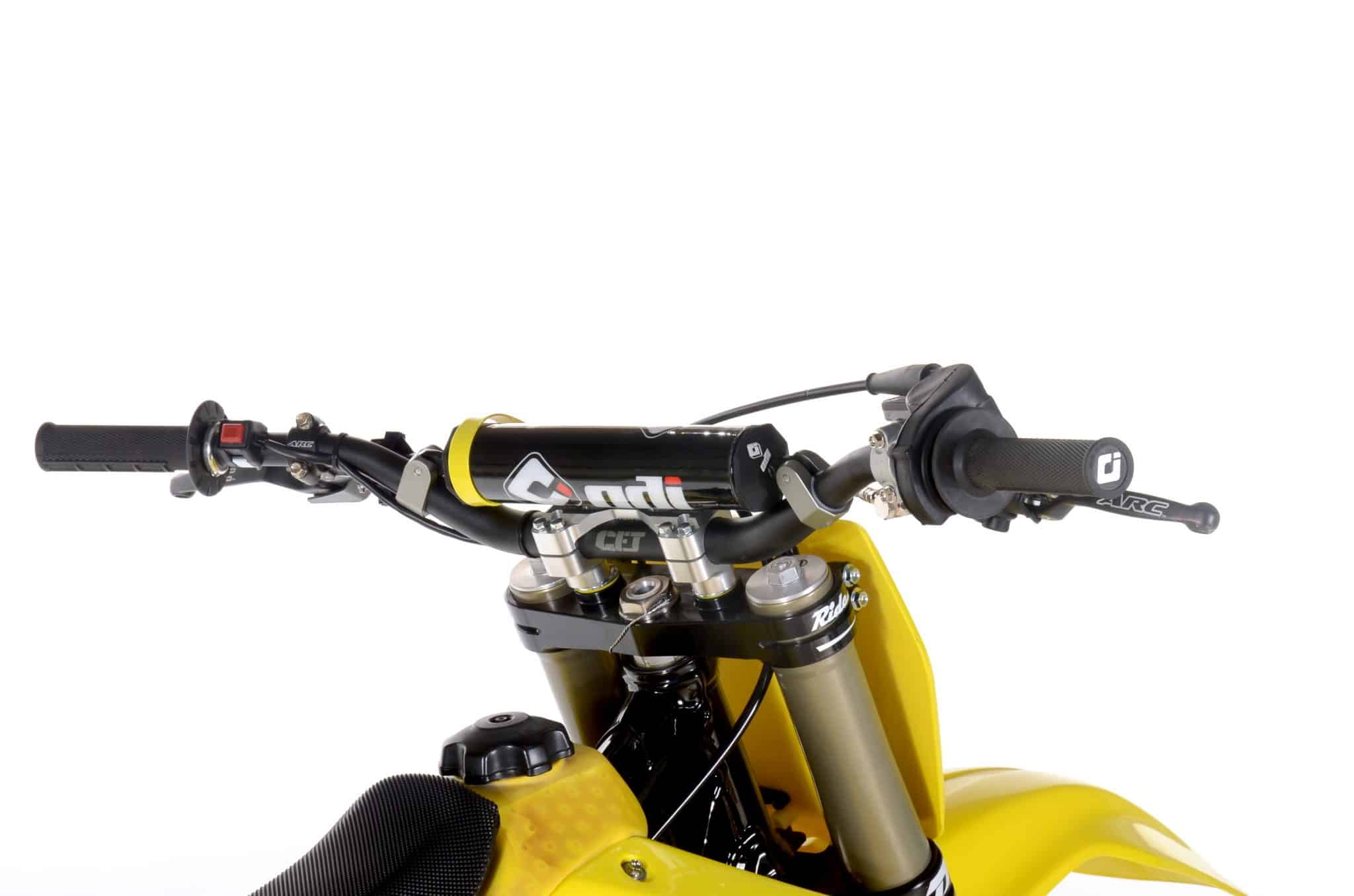 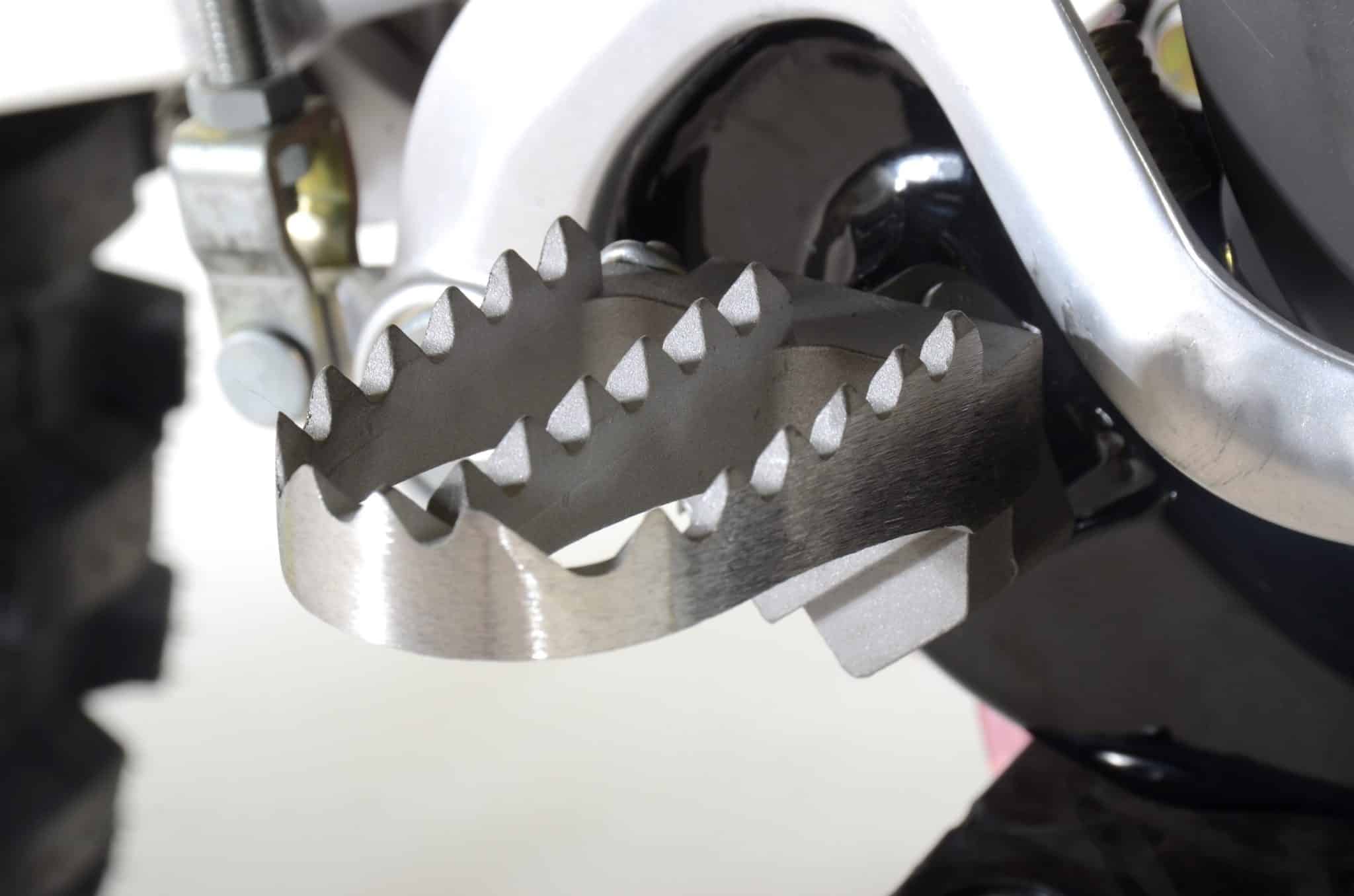 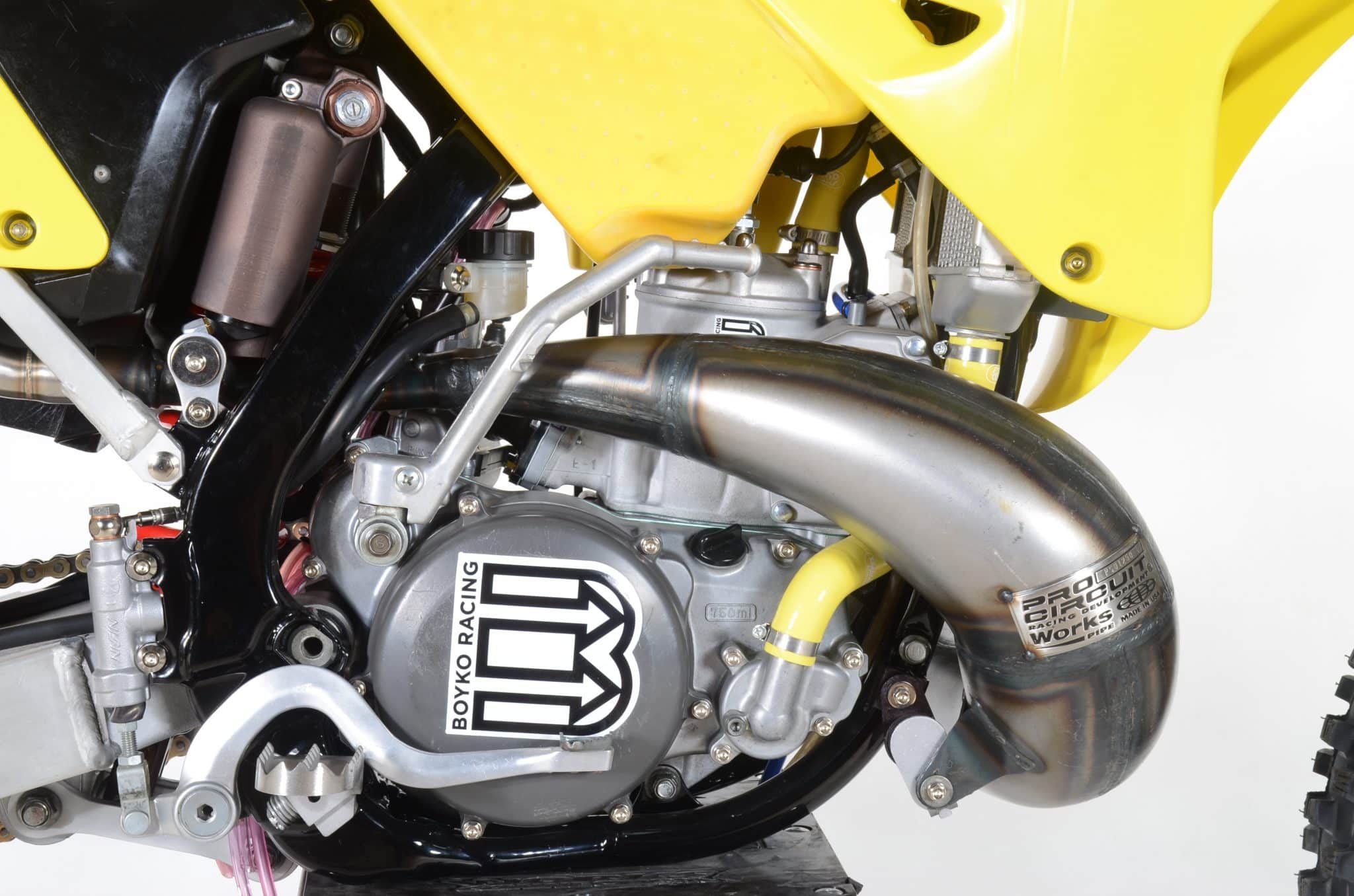 Teddy Boyco from Boyco Racing handled all our internal engine and carb modifications. An assortment of Pro X parts were used and we bolted on a Pro Circuit exhaust for some added performance. 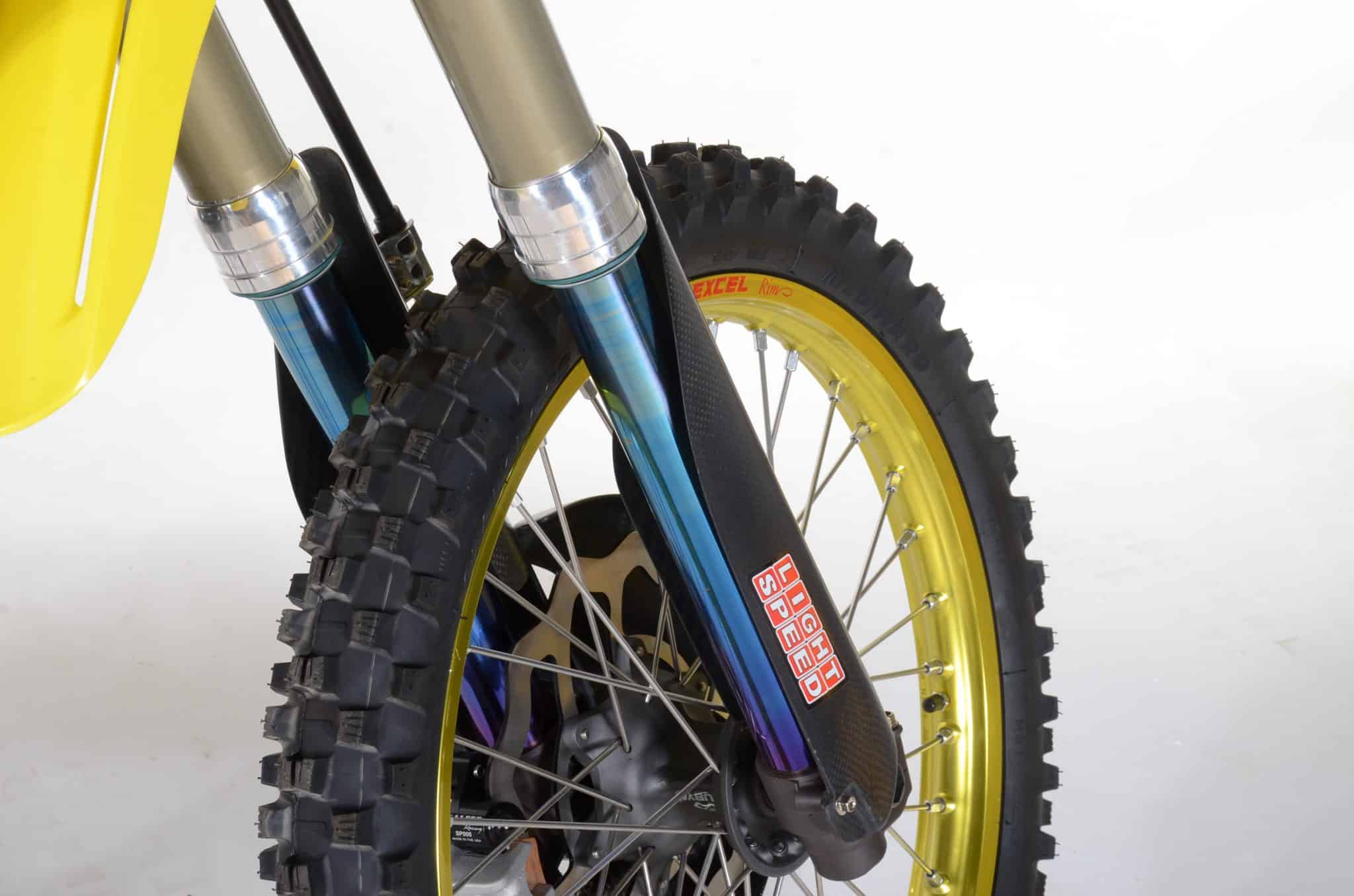 Brandon and his crew at AHM Factory Services handled our suspension rebuild. The coating turned out amazing ! 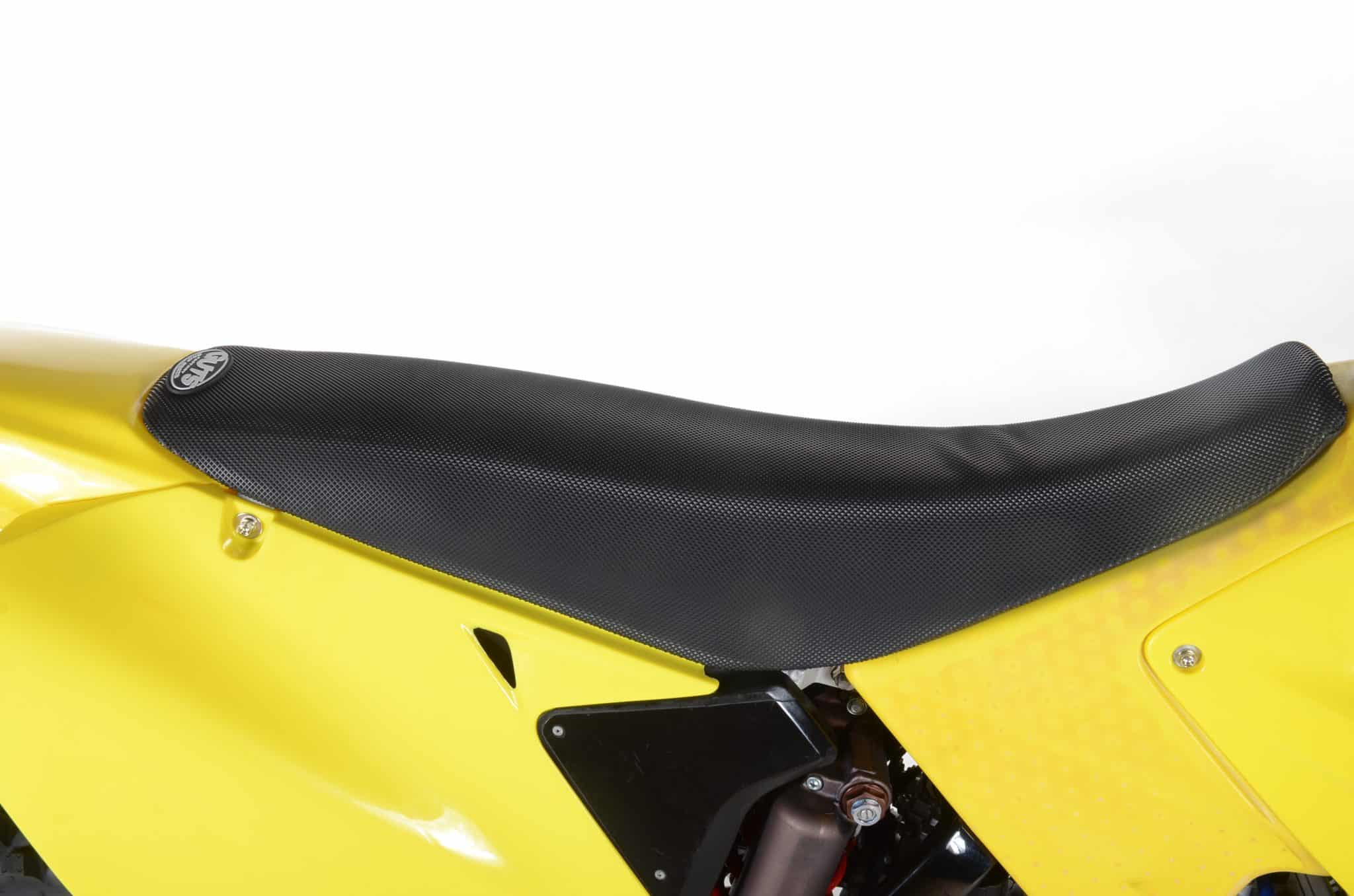 Guts Racing makes seat covers and lightweight foam for a ton of older bike applications. We went with an all black gripper style because that is what the factory team ran in 2001. 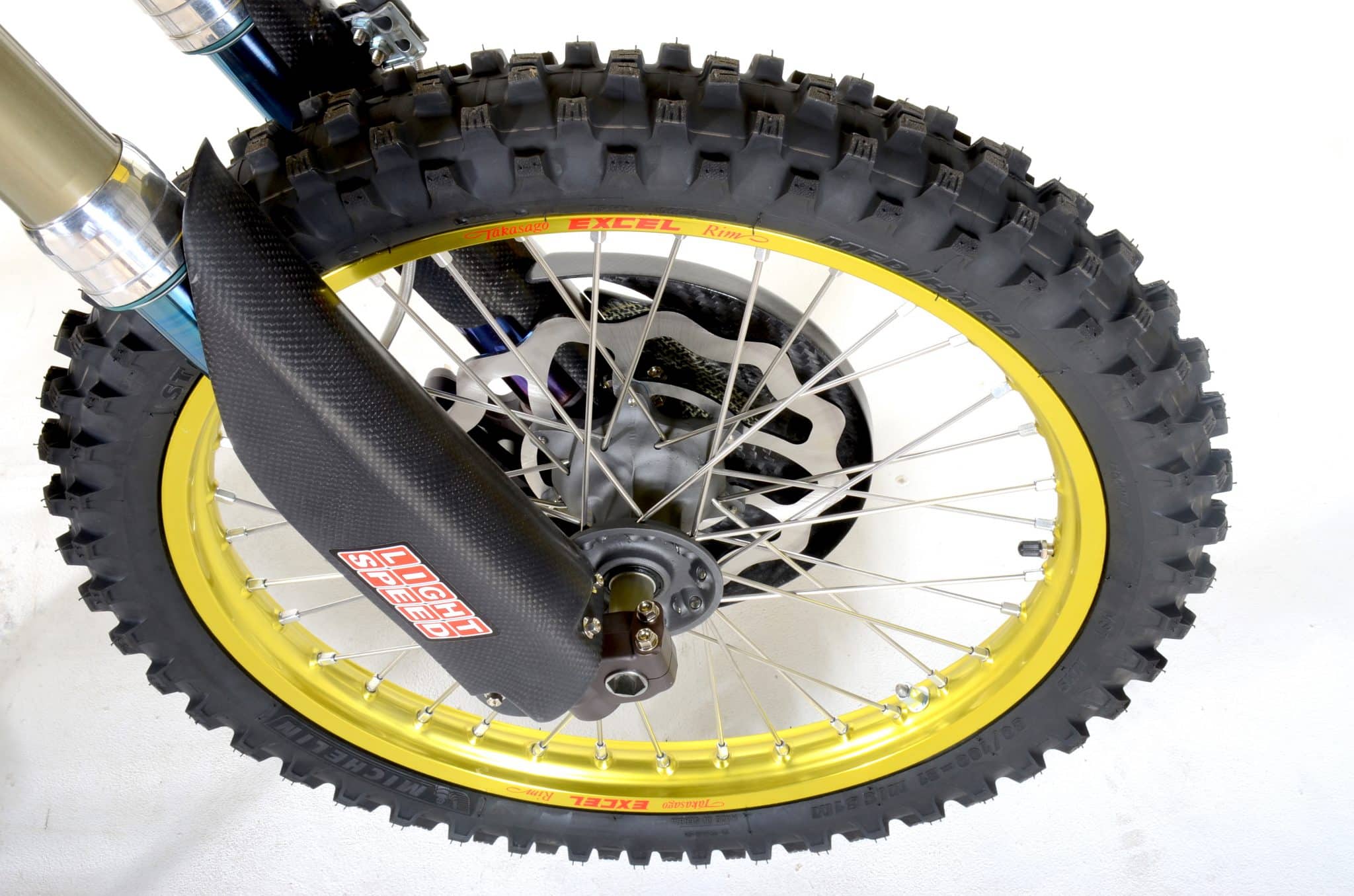 The wheels were rebuilt by Dubya. We went with a grey Cerakote on the stock hubs, silver spokes and the gold Excel rims to give it that factory look and we topped them off with Michelin Starcross tires . Dubya also replaces the wheel bearings during this service. The new Specbolt hardware pops next to the carbon fiber and lower fork lug coating. 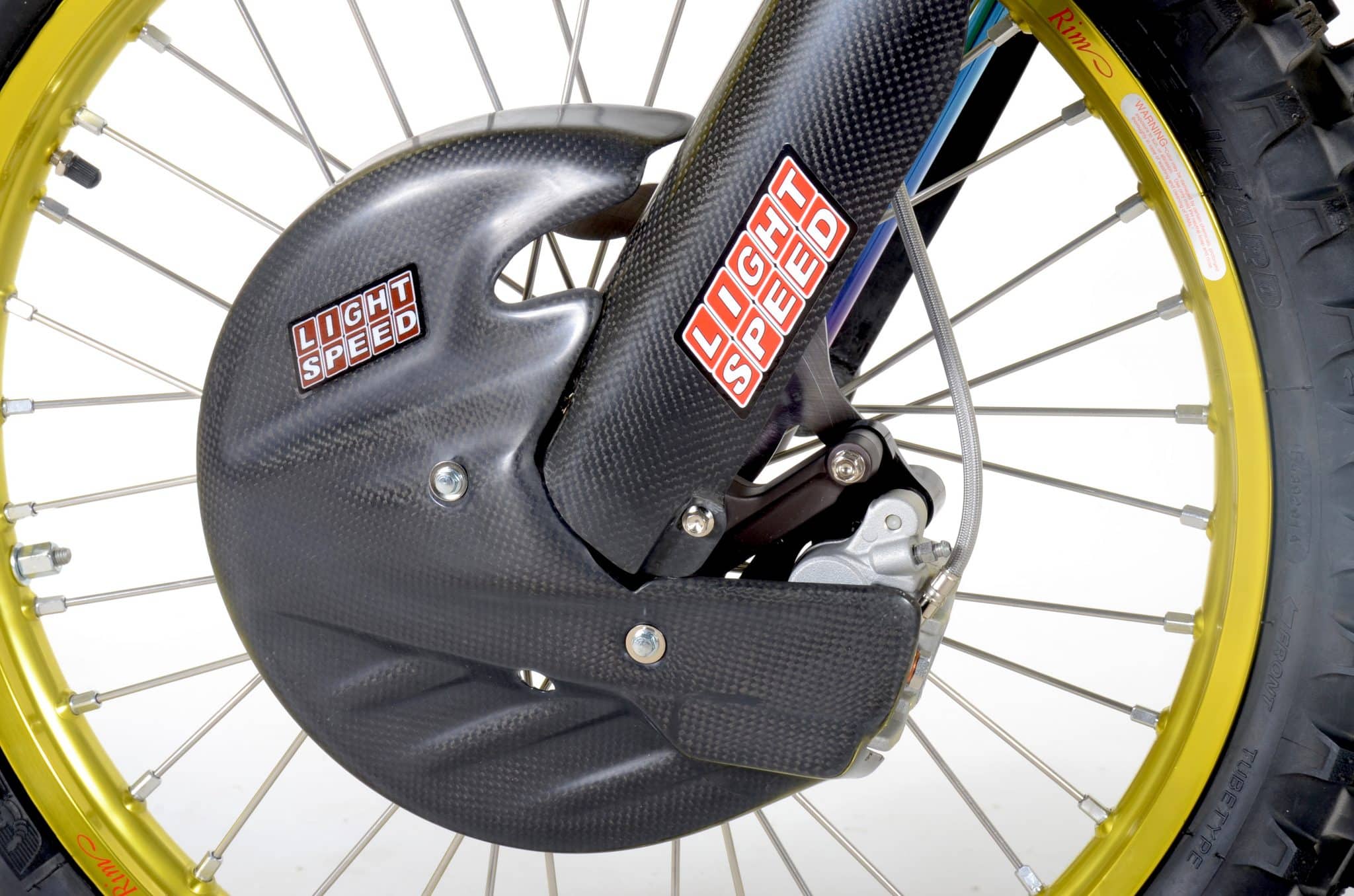 Lightspeed Carbon Fiber was used on the factory bikes back in 2001 but at that time it was called DSP. 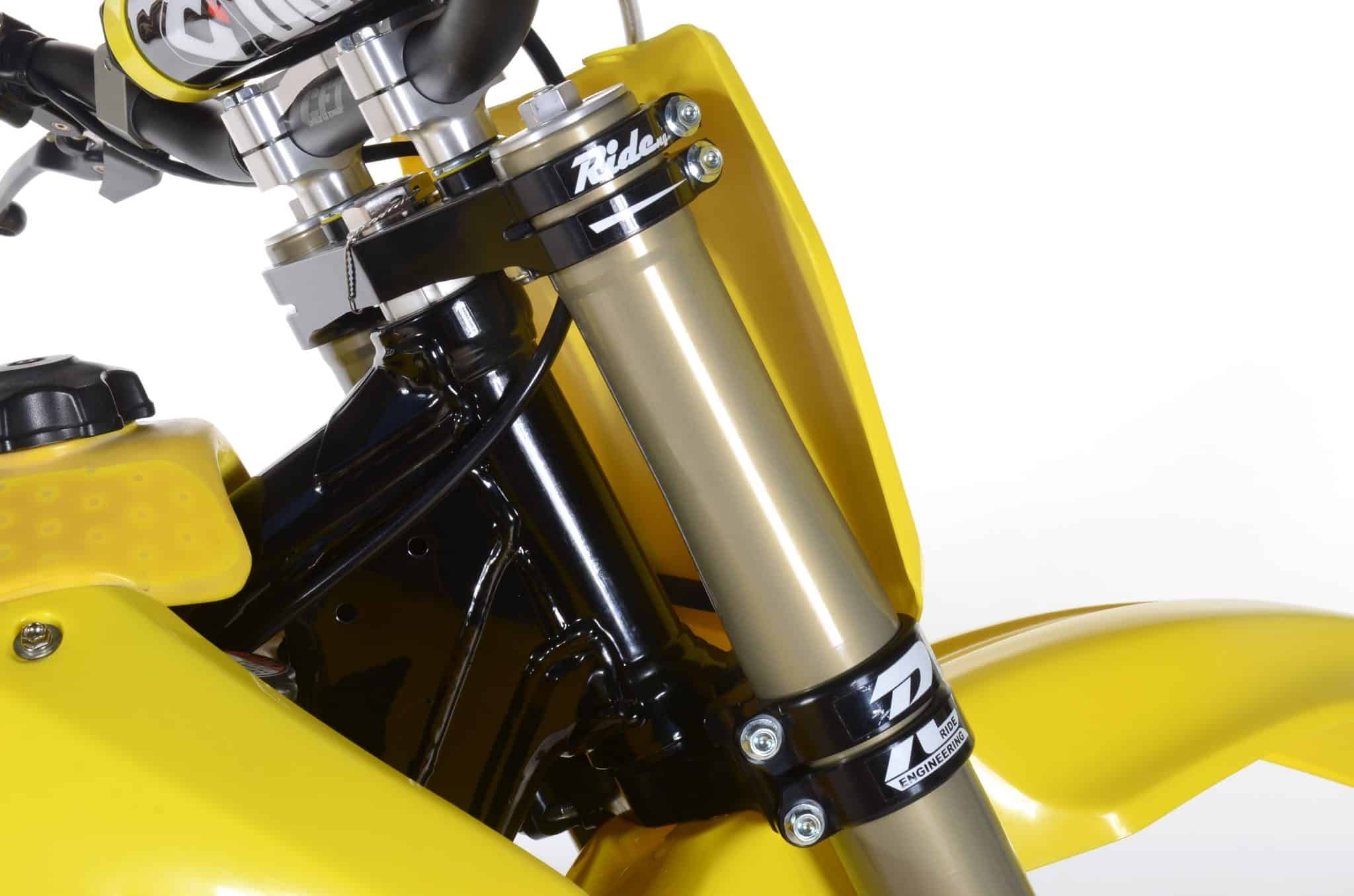 Here is another look at the new Ride Engineering split design triple clamp. This set up looks amazing and we can’t wait to test it out.

Superlite sprockets and a DID chain make up the drivetrain and mounted using new Specbolt hardware. 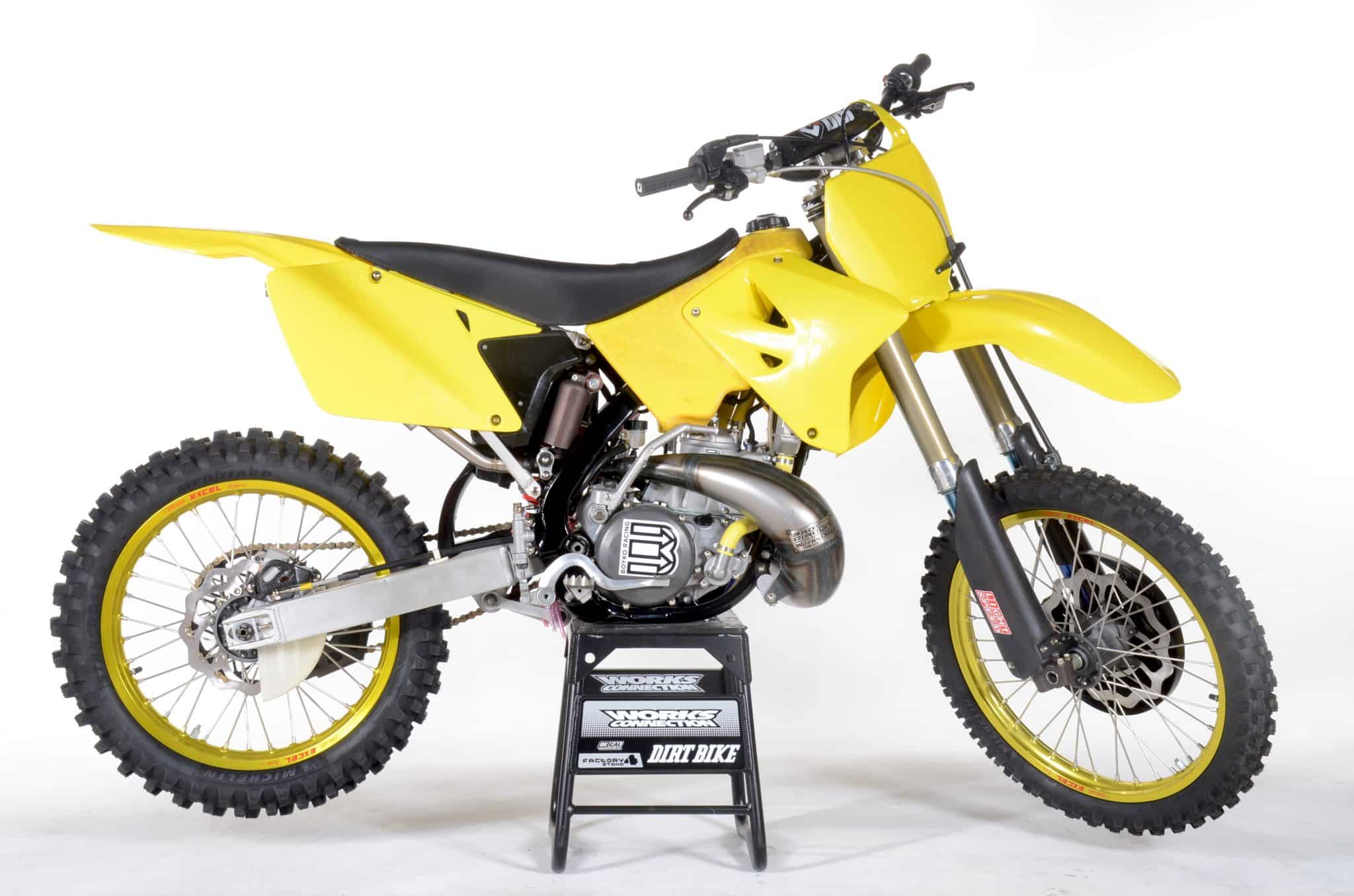 Like we mentioned before there are a few more things to be completed and we hope to have everything done early next year. Stay tuned for more.