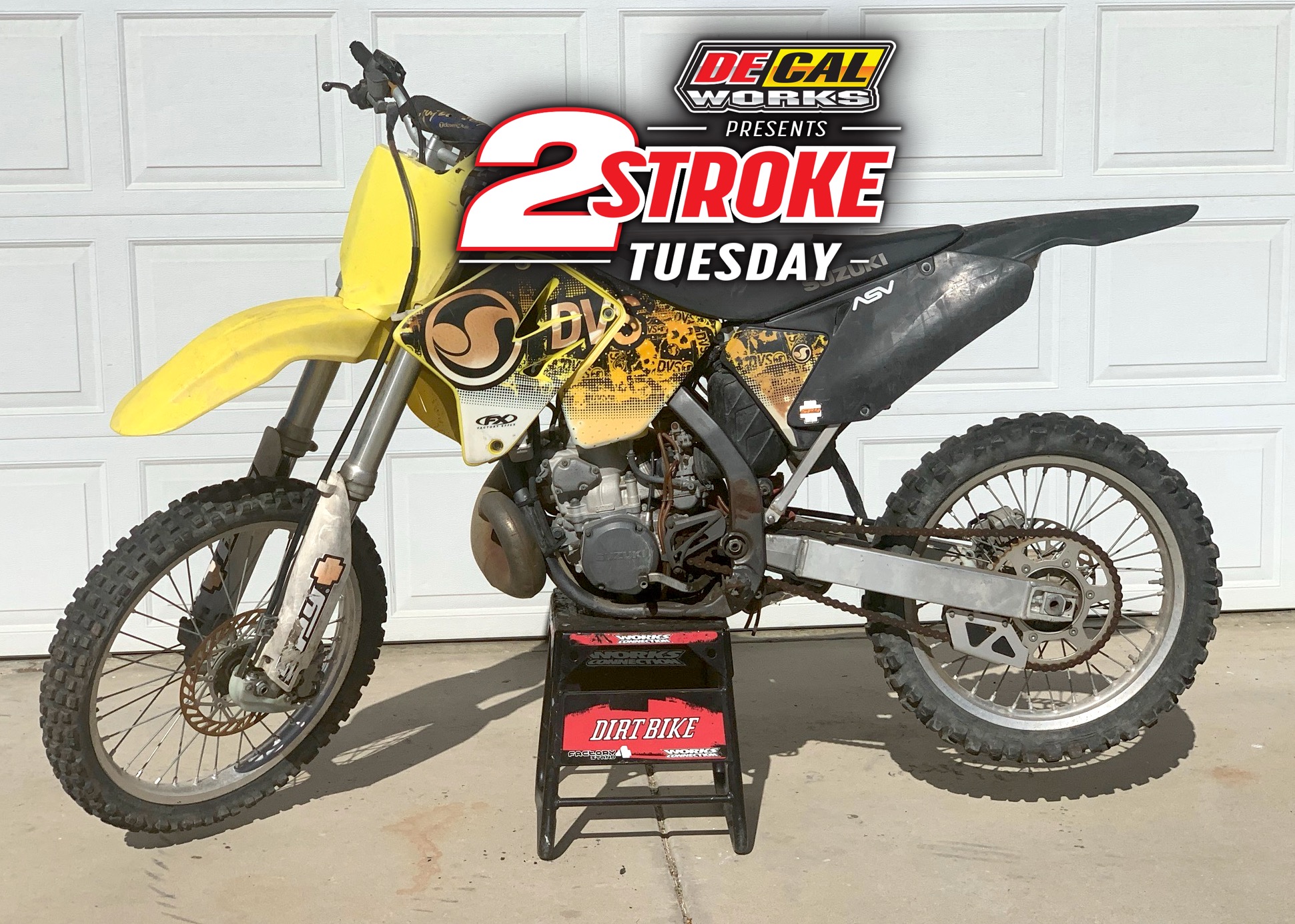 With the overwhelming response to our MX Revival T1000 Honda CR250 project we have decided to give you guys full access to our next two-stroke restoration . On this week’s Two-Stroke Tuesday brought to you by Decal Works we give you the exclusive first look at our 2001 Suzuki RM250. The bike is definitely rough but everything is there and has lots of original parts still on it. What should we name this build? At the bottom of this post is a link to another Suzuki RM250 project we did a couple years back. 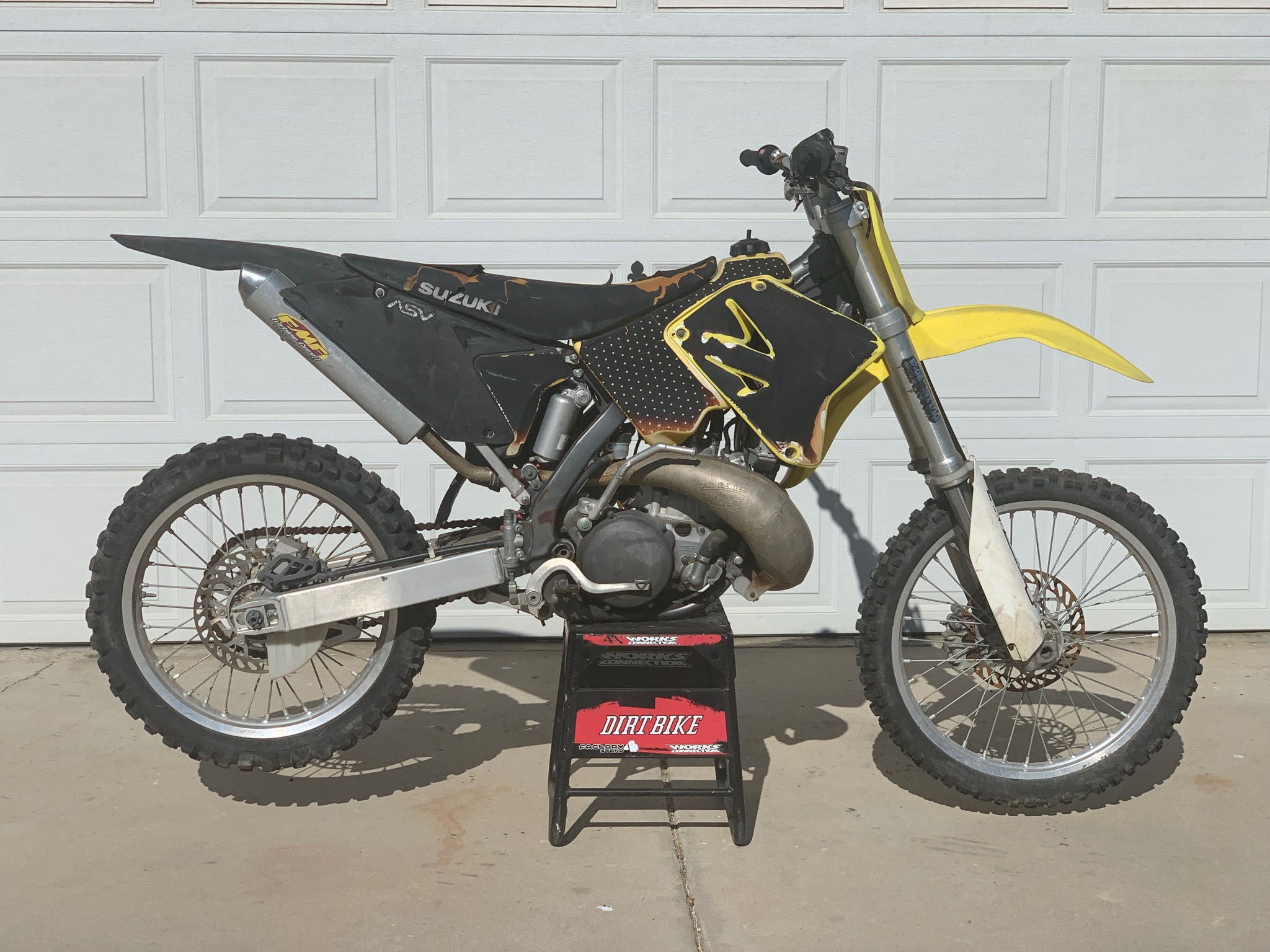 Surprisingly there are a lot of original items on this 2001 RM250 and it still has pretty good compression. We might throw a new spark plug in it and a splash of gas to see if it fires up before we tear it down. Tim Sharp will be doing all the major mechanic teardown and assembly on this project. 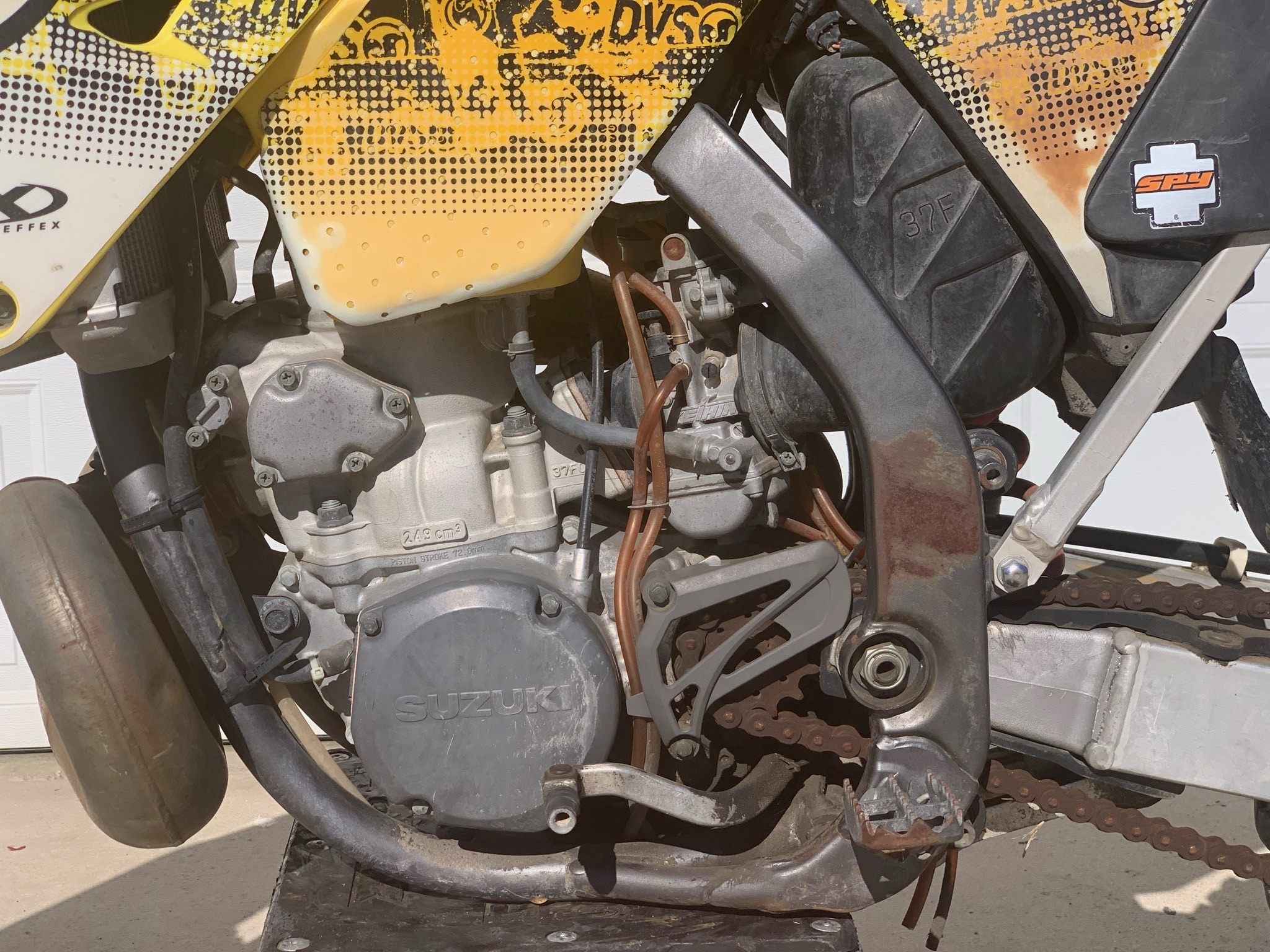 Cant wait to see the transformation of this engine. Some blasting in our Vapor Honing Technologies VH800 planned and maybe some specialty coatings for the outside. On the inside it will be a complete rebuild by the crew at Boyko Racing . 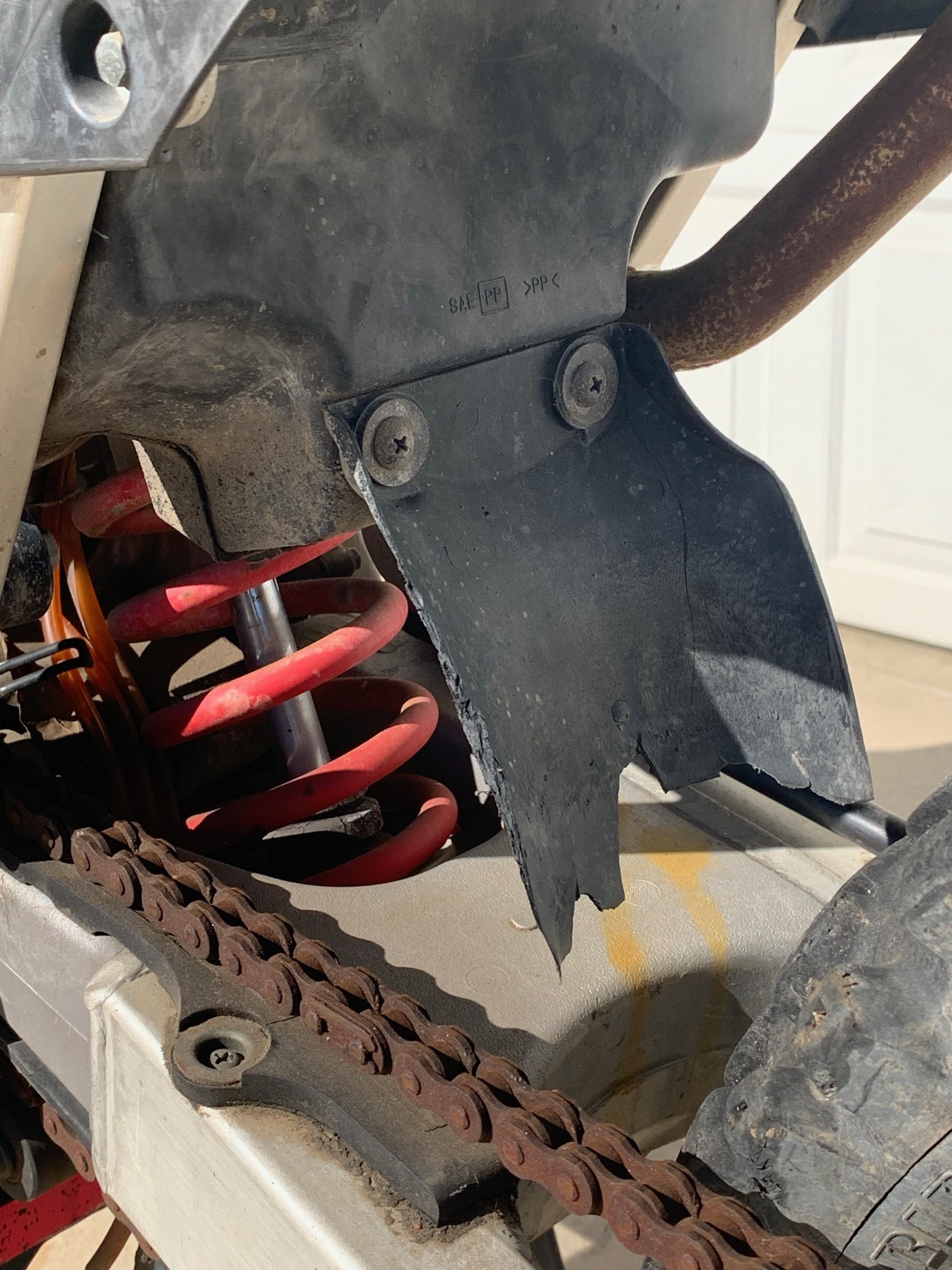 We think that is the stock chain from 2001 ! The airbox can also be cleaned up in our VH800 and as you can see that shock will need to be fully rebuilt as well. 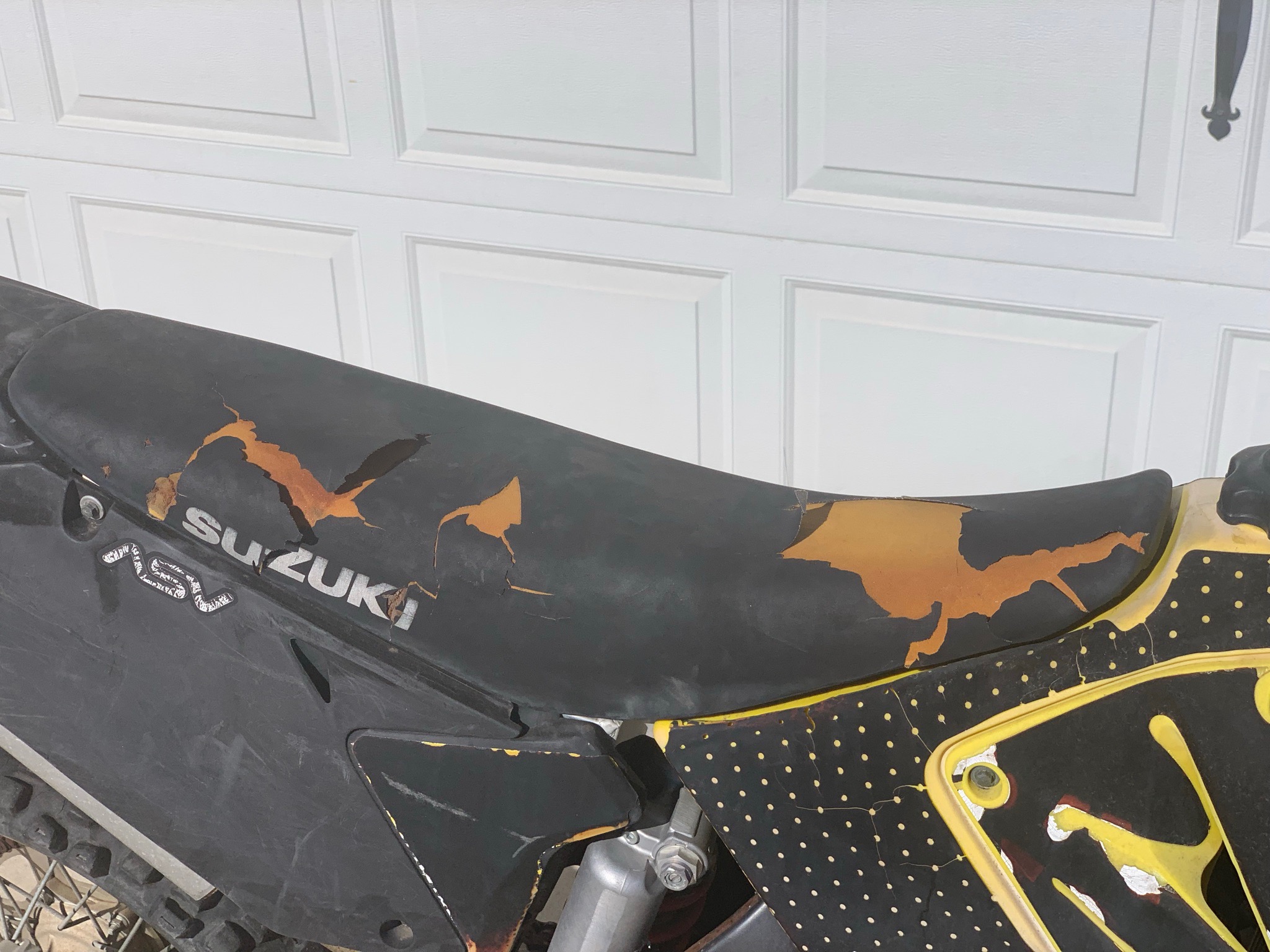 The seat might need some attention, the bike sit outside for at least three years. The cover and foam is hard as a rock! 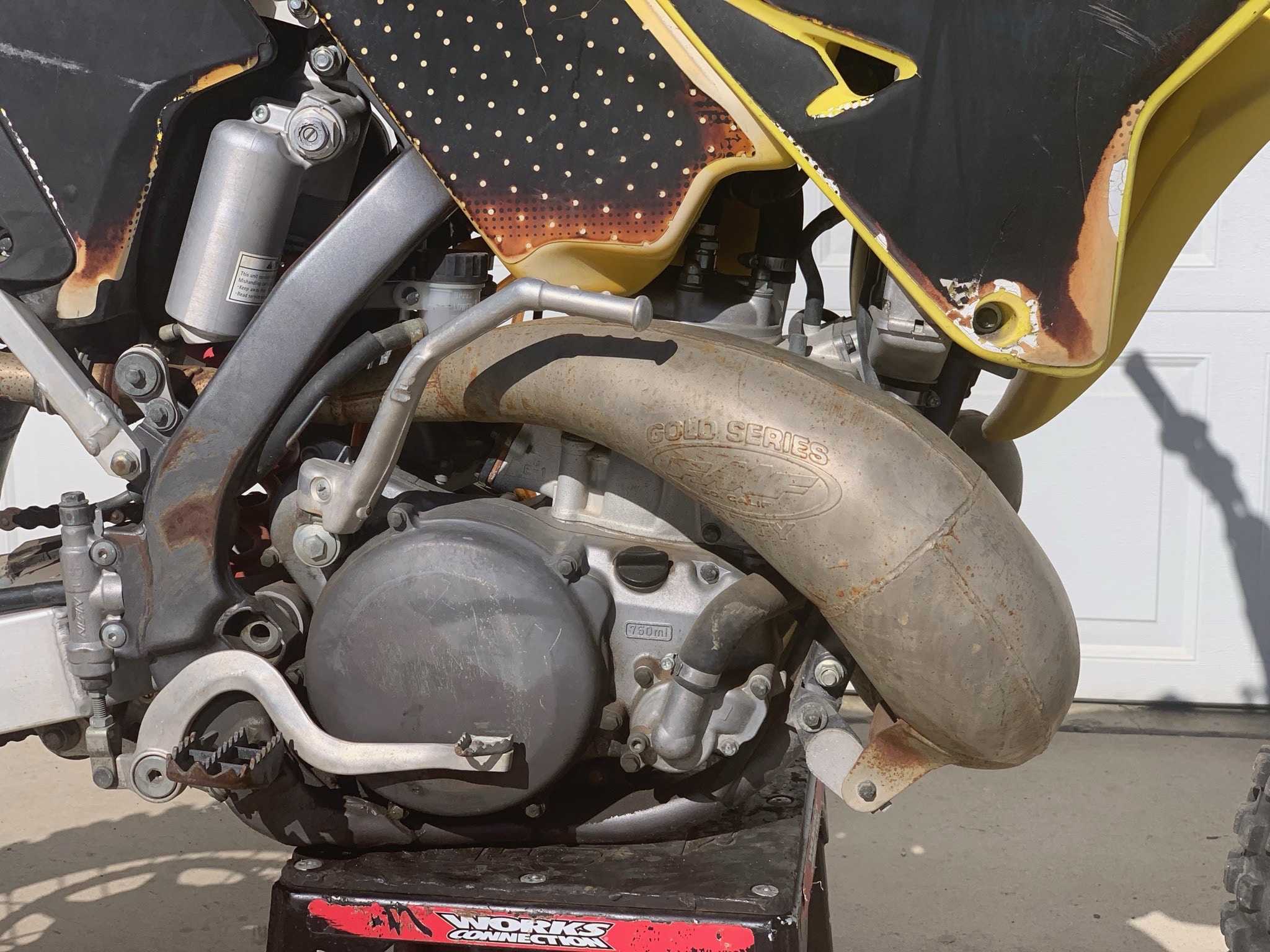 The FMF exhaust is one of only a few aftermarket upgrades on the bike. Like we said before the engine will be completely rebuilt by Boyko Racing in SoCal. 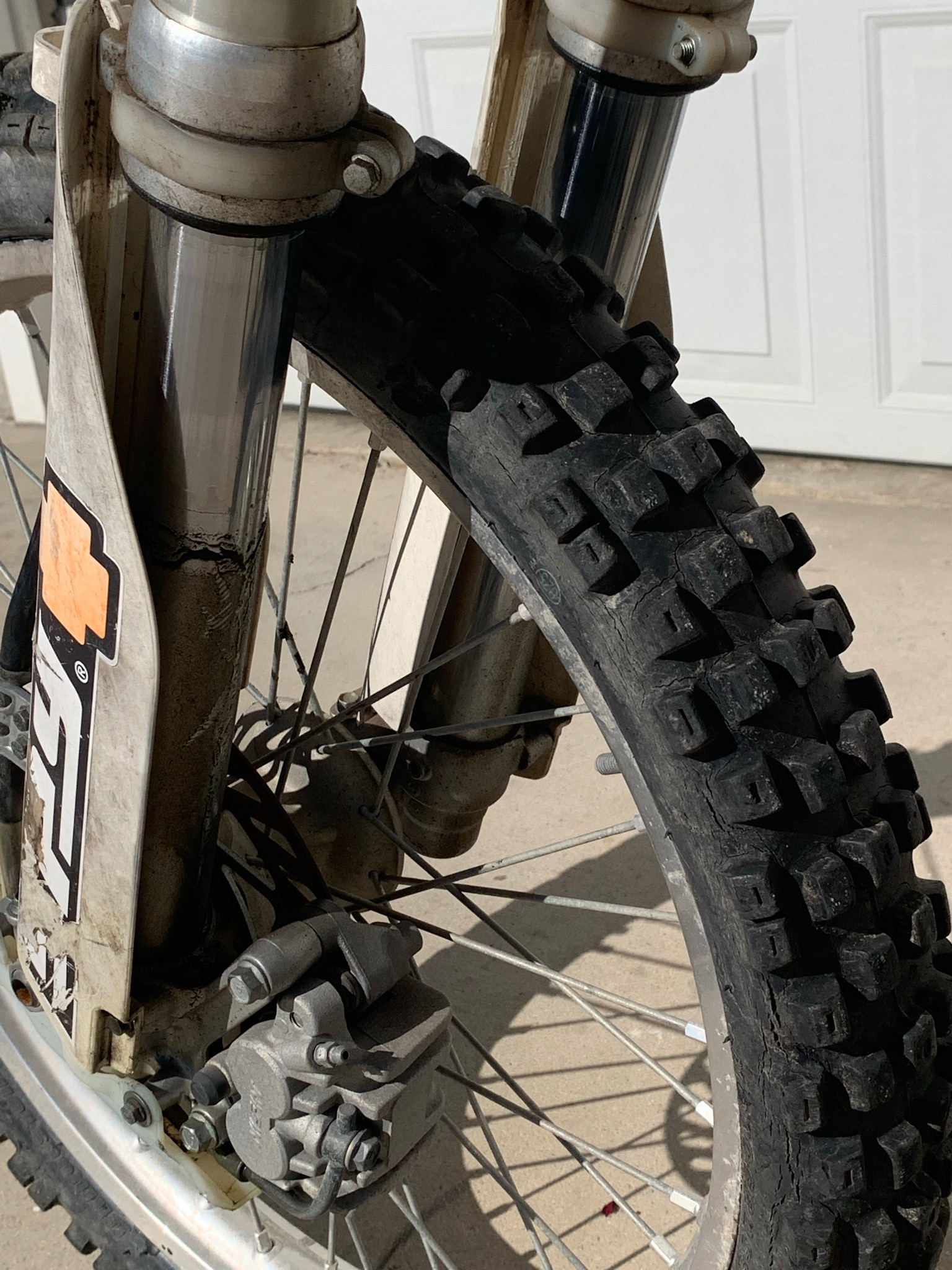 Just like the shock the forks are in need of some major TLC internally and the outside has been faded bad by the sun. We don’t think the wheels have ever been off this bike, that is the stock Bridgestone M77 front tire. 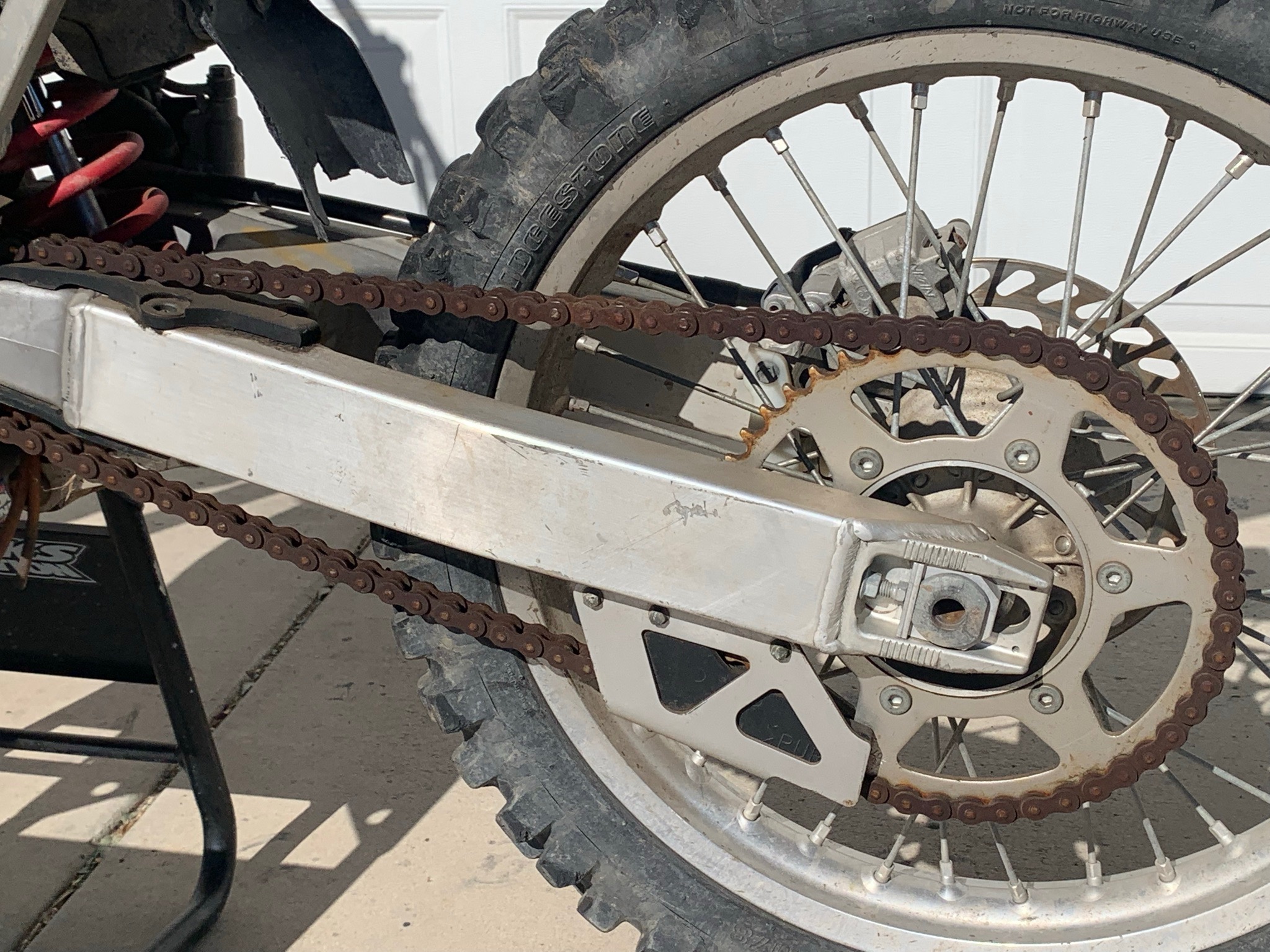 More stock items that look like they didn’t get much use. Everything in this image rolled off the assembly line on this motorcycle twenty years ago ! Let that sink in for a minute. Chain, sprocket, Tires, wheels, chin sliders and all the hardware is over twenty years old. 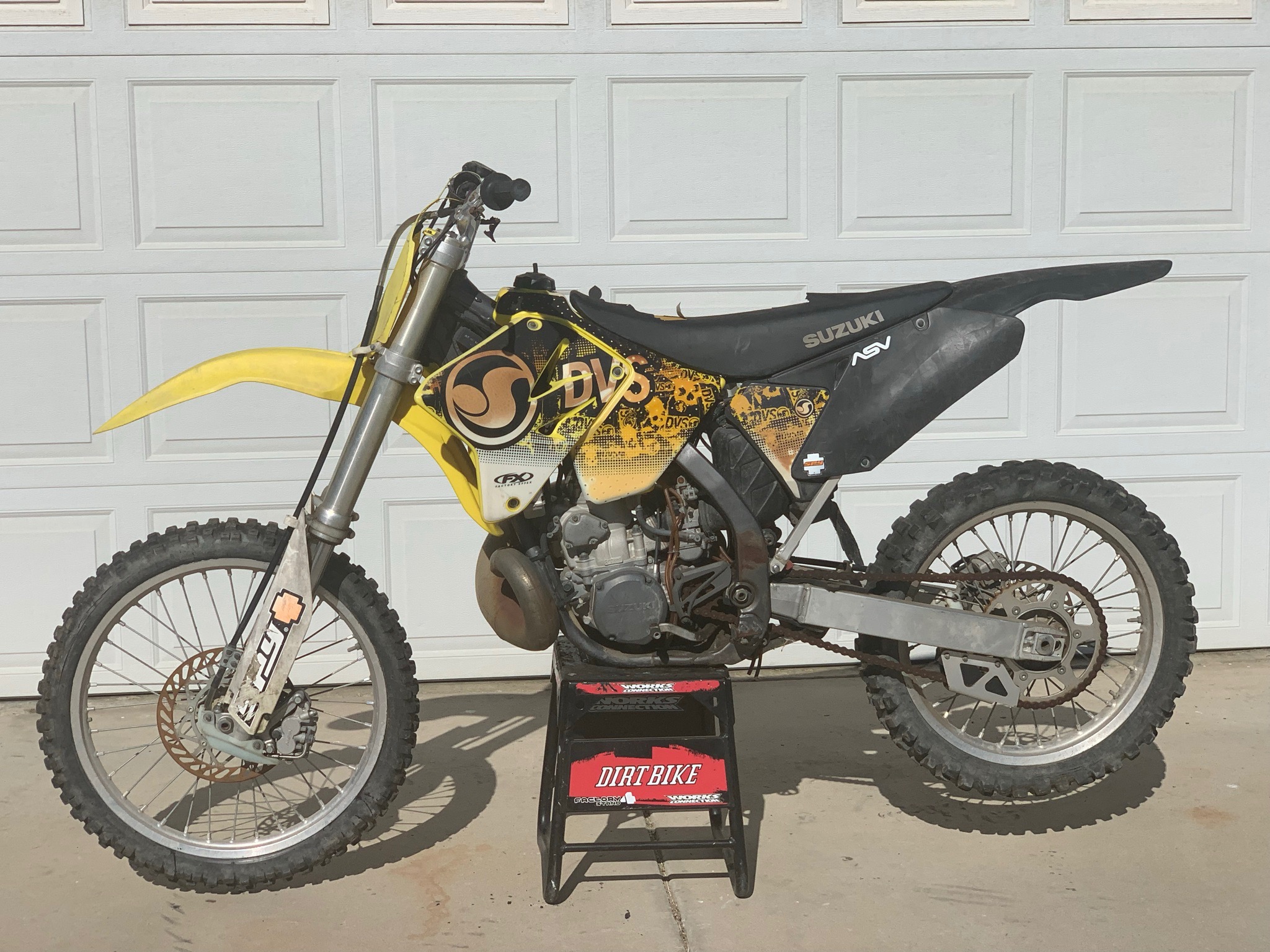 This side of the machine was protected from the sun as you can see but is still in pretty bad shape. Stage 2 of this build will be the teardown, stay tuned.

The late ’90s to mid-2000s Suzuki RM250 two-strokes might just be the best used motorcycles out there. They feature a strong engine and a great handling package that makes the bikes fun to ride. This is probably why we don’t come across many for sale; the people who have them want to keep them. Thankfully, we met Ross Summers, a farmer from Tremonton, Utah, who had been able to purchase a 2004 Suzuki RM250 and was interested in doing a rebuild. 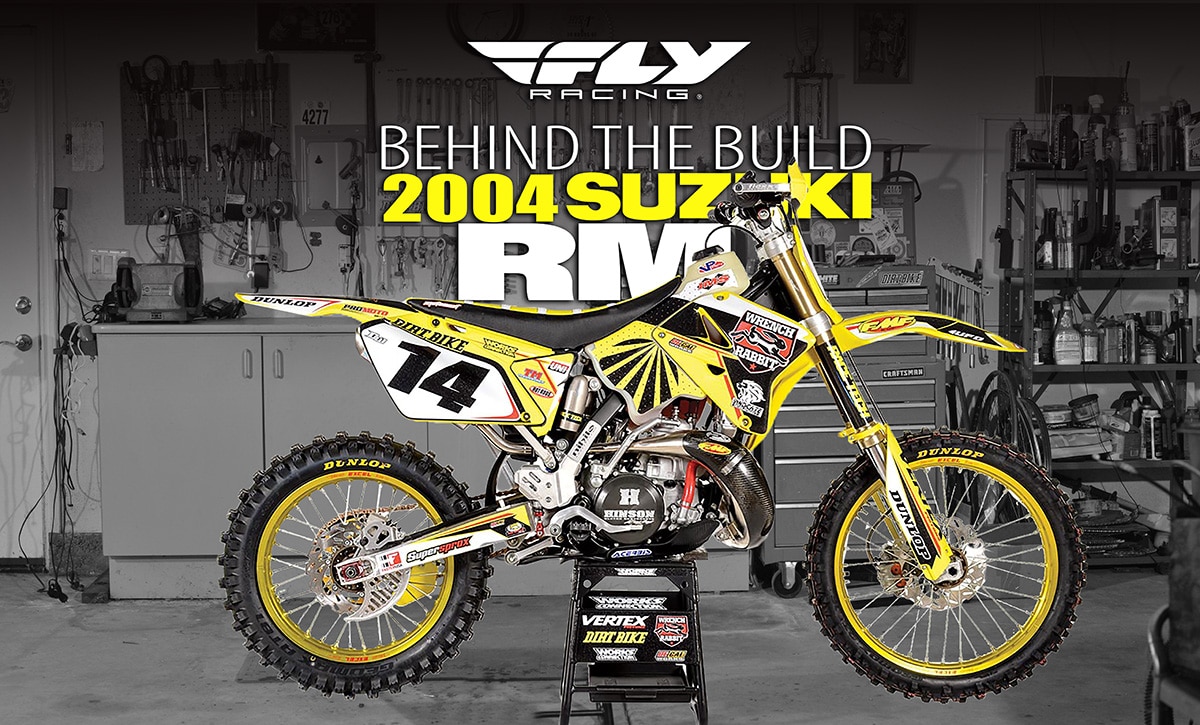