In 1998, Roger DeCoster was still trying to rebuild Team Suzuki. The previous year had been difficult as he tried to accommodate Jeremy McGrath without the resources that he truly needed.  In his January, 1998 column for Dirt Bike Magazine, he shared his outlook for the season to come.

In a perfect world, a race team manager would have an endless budget to hire the best rider for each type of race and each class. You would have a set of supercross specialists, mud riders, fast starters and good finishers for the 250 class, and two sets of 125 riders for East and West. In the world we live in, there’s a scramble every fall for managers trying to put together a team that doesn’t have big gaps and weaknesses. Right now it seems there are more teams than riders to go around. But the ’98 teams have more or less been inked as of this writing, and each team has its own strategy for the next season. This is how they look in the 250 class.

Team Kawasaki: There are few changes over there. On a 250, Kawasaki has the hottest rider of ’97, Jeff Emig, who will carry the #1 plate in Supercross and outdoor Nationals.

There’s no doubt that Emig is the man to have right now, but he’s not invincible. He’s traditionally a slow starter, and he will have to stay close in the early rounds in order to have a shot at the title later in the season. Now Damon Huffman will be exclusively on a 250 as well. We haven’t seen much of him in ’97 because of injuries. This year will be important for his career because he needs to establish himself as a full-time 250 rider. Also, his contract will be up at the end of ’98.

Then there’s dark-horse Ryan Hughes. He always wins practices, but to be fair, he’s also been very fast in some races. Maybe he’s guilty of trying too hard, but he needs to become more consistent and eliminate his costly mistakes. Also, Frenchman Sebastian Tortelli is planning to ride the first five or six supercrosses in the U.S. for Kawasaki. There’s no telling what he will do, but I imagine he will have a learning curve like most Europeans who try American stadium racing. 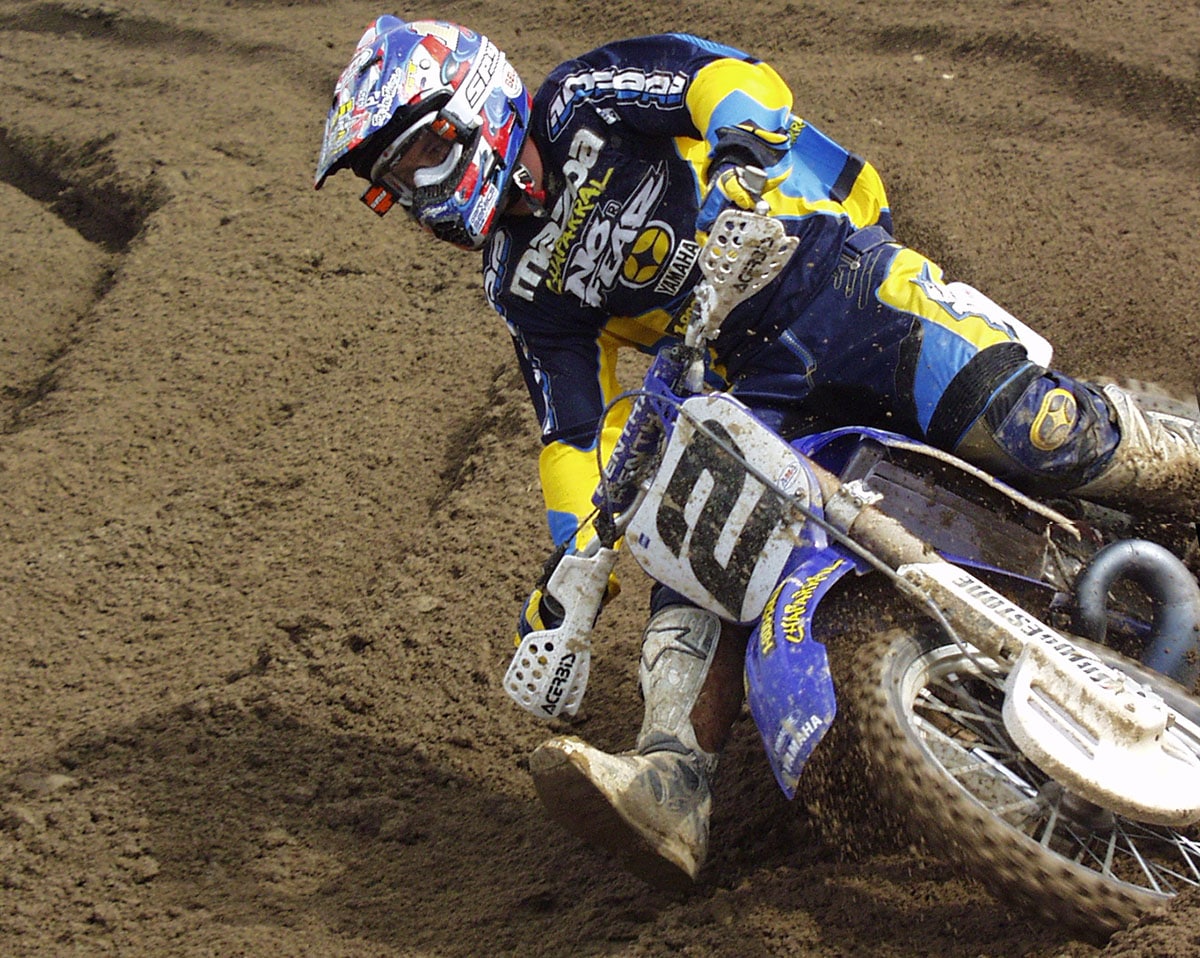 Team Yamaha: Although it lost Ezra Lusk to Honda, Yamaha still has a strong and diverse team for ’98. It looks like Kevin Windham will be the main man in the 250 class. Doug Henry will ride the production-based four-stroke in the Nationals as well as in supercross, and Yamaha is counting on big things from Jeremy McGrath on the Chaparral team.

Ninety-seven was a great year for the Yamaha guys. Every one of their riders won a race, both in the 125 and the 250 classes. In ’98, it looks like they will be capable of doing at least as well, if not better. At Charlotte, Windham already showed he could win in the 250 class, so he’s not just a 125 guy. He’s a fast starter and he rides smoothly; he could be a spoiler in the 250 class. As for Henry, who knows how he will do? He will be on a four-stroke from the start of the season-not the works bike, but a production-based bike. The machine might be 20 pounds heavier than what he’s used to, but more reliable. Knowing Henry, he’ll make up for any shortcomings with sheer determination.

McGrath remains the most talented supercross rider in the country. Even after a disastrous start in ’97, he closed to within two points of the series lead toward the end of the season. If he’s still serious about winning, he can still do it. Team Honda: Ezra Lusk and Steve Lamson are Honda’s key players in the 250 class. Honda still is rebuilding its team after a dismal season in ’97. It will rest most of its hope on Lusk-everything will be done to make him happy. This brings a lot of pressure. Ezra should be able to handle that, though. He’s used to getting a lot of pressure from his dad, so Honda’s spotlight might not be as bad for him as it was for Lamson in ’97. Also, now that Honda has two riders to look after, that should lessen the pressure on Lamson. If he’s healthy, he’s as fast as anyone. Honda also has the strongest support team in motocross with Honda of Troy riders Mike Craig and Mike Brown, plus Manchester Honda rider Damon Bradshaw. 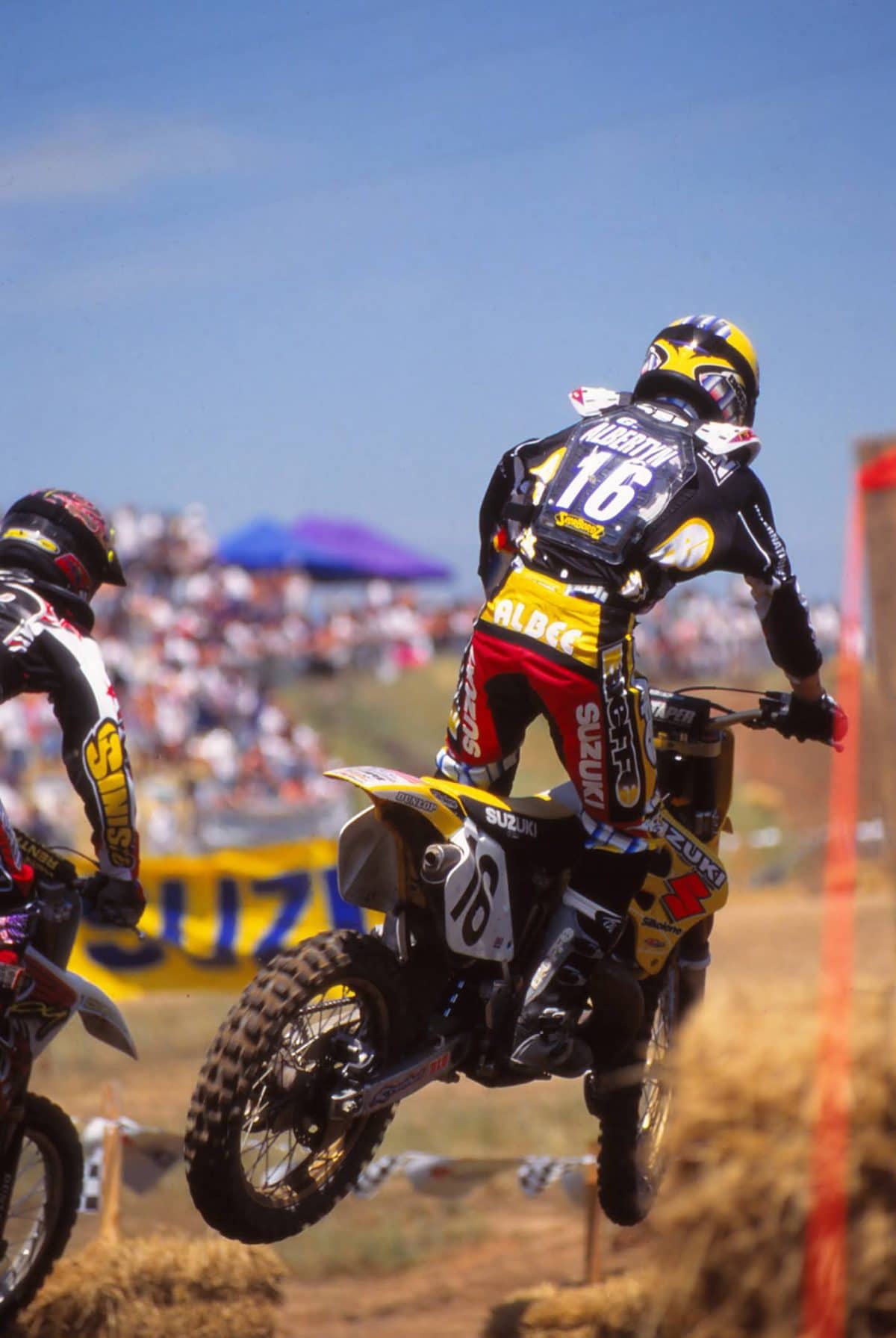 Team Suzuki: I finally got my team together just before writing this column. Greg Albertyn and Mickael Pichon will be back. But as everyone probably knows by now, I wasn’t able to keep McGrath on the team. We worked very hard together for a short period, and I am disappointed that we couldn’t work things out. At least I believe we parted on good terms. It will be Larry Ward’s job to fill McGrath’s spot on our 250 squad. This actually is Larry’s second go with Team Suzuki. He was on an RM when he won his first supercross in front of a home crowd at Seattle in ’90. Since then, he has spent several years on semi-private teams like Noleen and Honda of Troy. In that time, he’s matured into a smooth, consistently fast rider. If he’s ever going to be ready to win, it should be now, especially in supercross.

My #1 priority for these guys is to keep them healthy. But how can you predict injuries? I still remember the sting of watching Pichon break his leg in the first qualifier of the first race of ’97. As for Greg–well, at least he’s learning to bounce. Seriously, last year he proved he can win in supercross as well as outdoors. But I still see him more as a great outdoors rider, and I just have to keep my fingers crossed, hoping he gets through the supercross season unhurt. He sure surprised a lot of people (including me) by winning the supercross opener last year, and this fall he’s looking even faster and more comfortable than he did then. To be honest, Greg used to scare me at least once every two laps in supercross. Now I can watch him for an entire main event and my heart rate only jumps once or twice. Maybe he has more surprises left in him. Ward was fairly healthy all last year, and if his results improve at all, that will mean he finishes on the podium.

Those are the main players in the 250 class, although Mike LaRocco and a few other riders still haven’t signed with anyone as of this writing. I can’t say that anyone team is truly dominant, so I’m sure it will be another good season. If it’s anything like last year, I don’t know if I can take it. 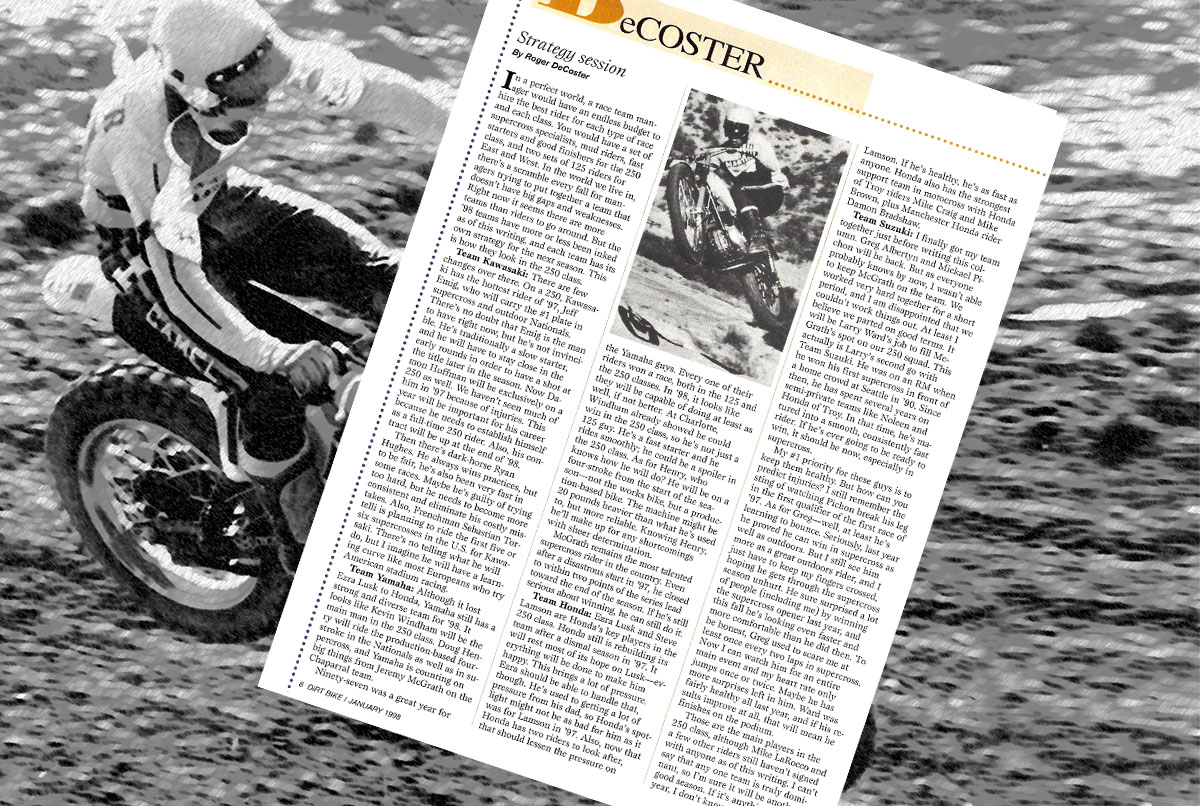