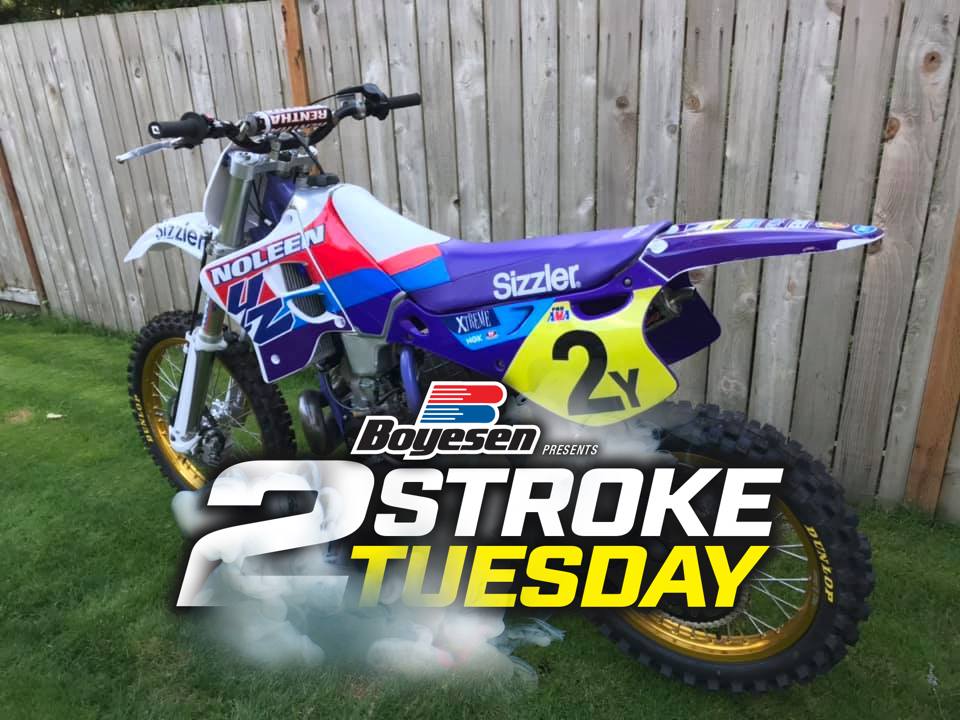 On this week’s Two-Stroke Tuesday we get up close and personal with an Ohlins Yamaha YZ360 build done by friend of the magazine Dallas Nyblod. This thing is sweet and hasn’t seen dirt since the complete restoration! Below are some words directly from Dallas about the build. Products from Dubya USA and ARC Levers are featured in 2-Stroke Hardware and we have a host of 250cc two-stroke machines in 2-Stroke Theater this week thanks to our video department head honcho Travis Fant. If you are a fan of Yamaha 2-Strokes don’t miss the exclusive link at the bottom of this post to an insane YZ345! 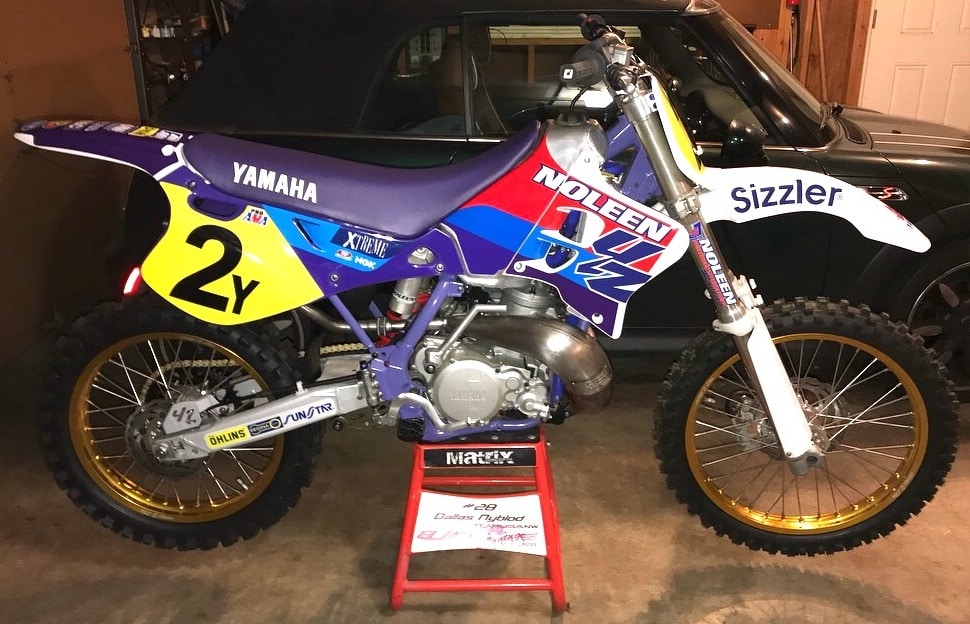 When first purchased, my initial plan was to have the bike finished for the Washougal NW Challenge vintage race in August of 2016. his bike wasn’t built to be a replica of any sorts. The intent was to build a racer that was set up for me to race here in the PNW. But after completion I’m not so sure I’ll ever ride it. The bike has been started but never ridden.

Being your typical vintage bike build (one step forward, two steps back) it took longer than I thought it would to complete and my budget for the build was totally blown up!  The only parts that were used, that were on the bike as purchased, were the motor (crank was replaced), ignition other than the stator,  frame, sub frame, swingarm, Pro Circuit pipe and silencer,  rear shock, Noleen shock linkage and a few of the fasteners and bolts that have been discontinued and no longer available from Yamaha. 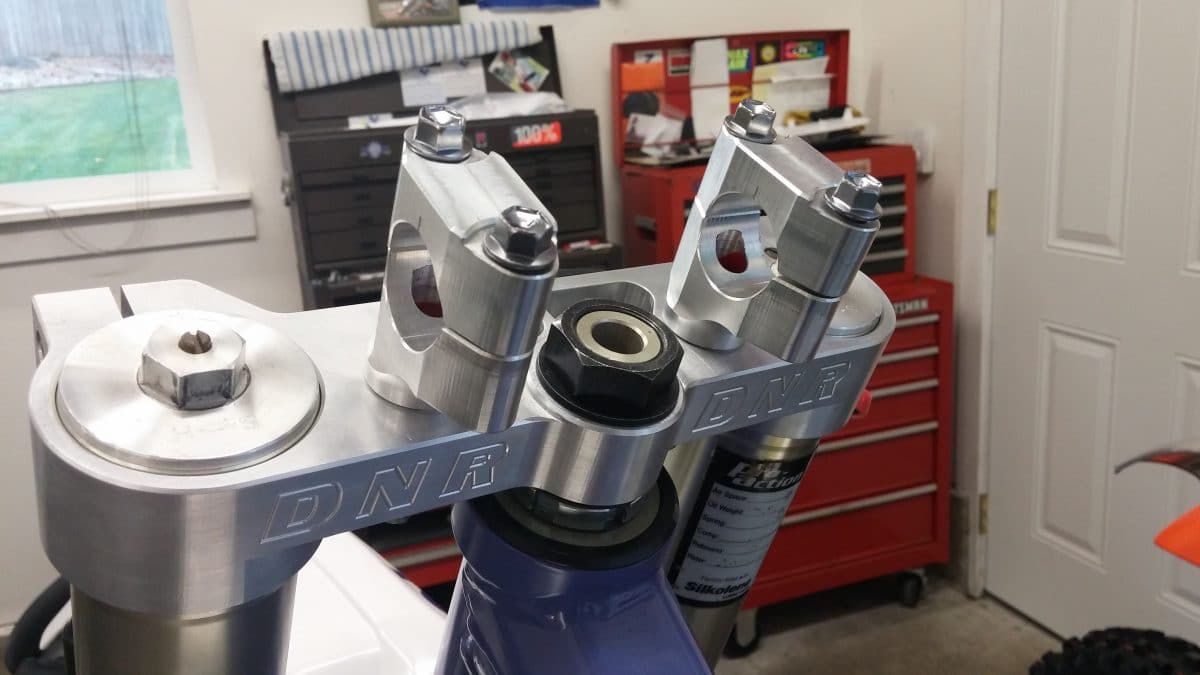 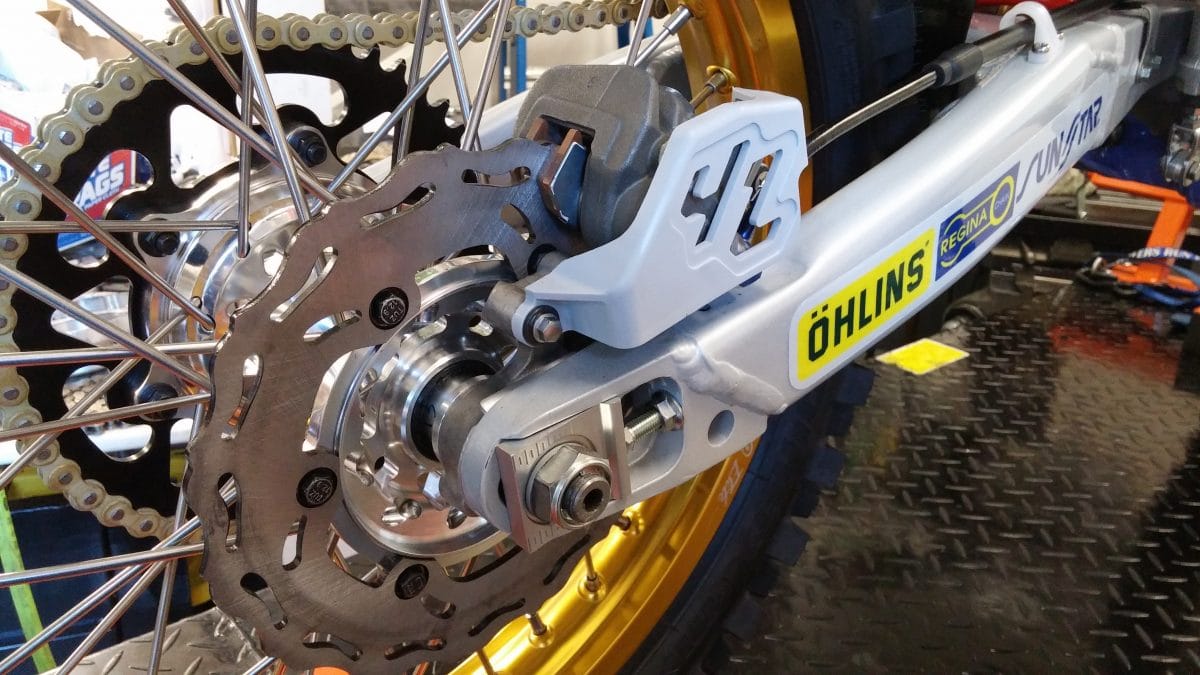 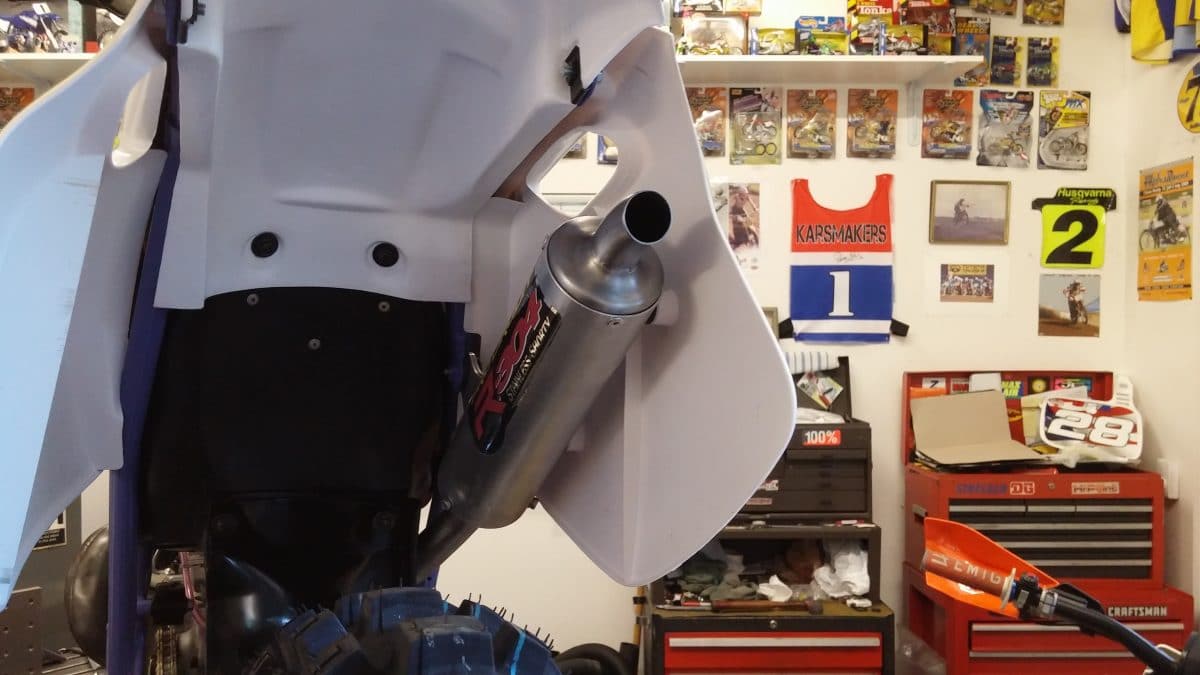 The Pro Circuit pipe and silencer, though not perfect, just needed to be cleaned up. I made a shorty out of the Pro Circuit silencer. 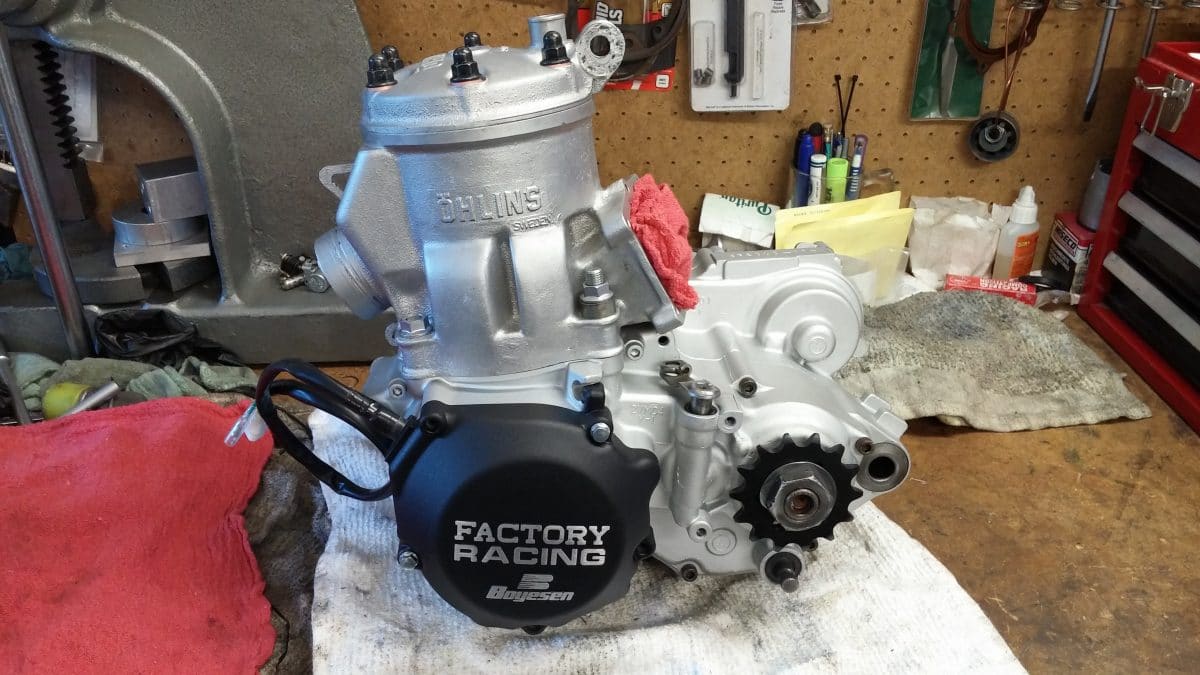 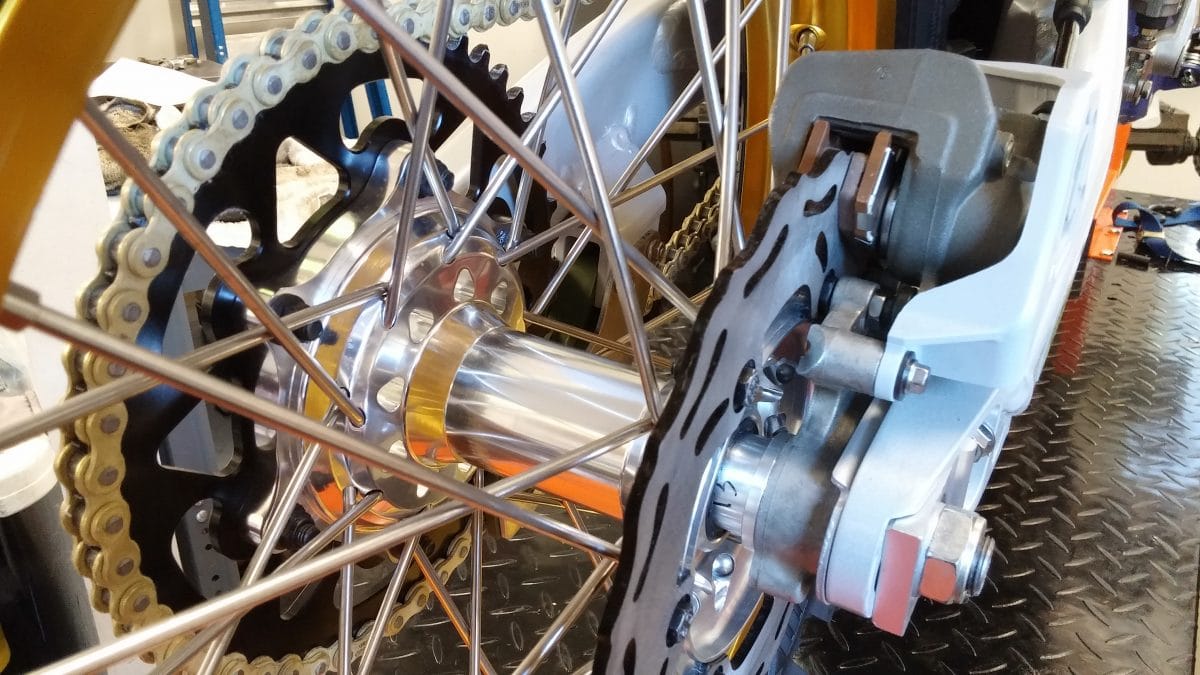 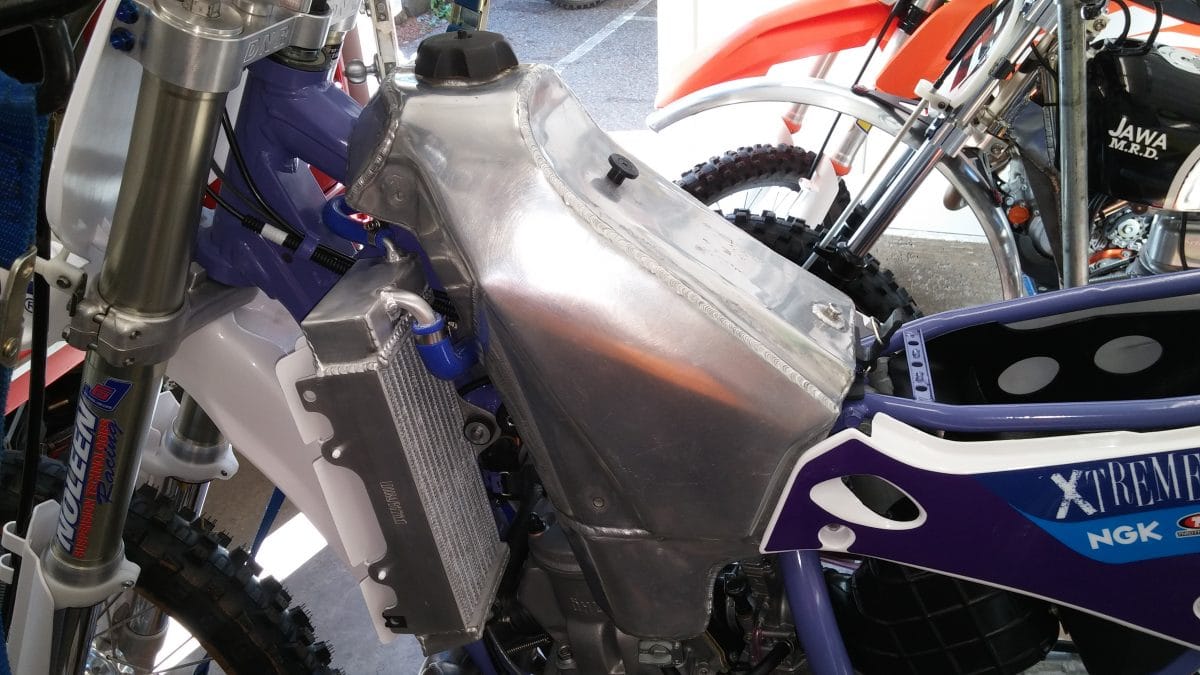 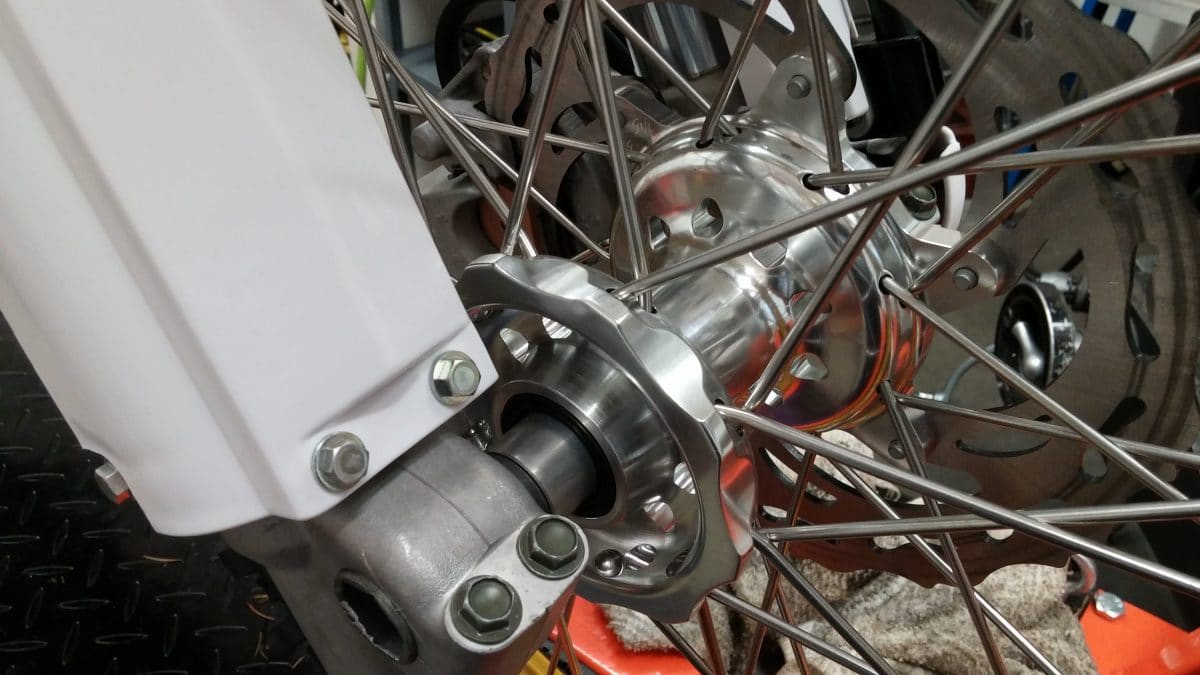 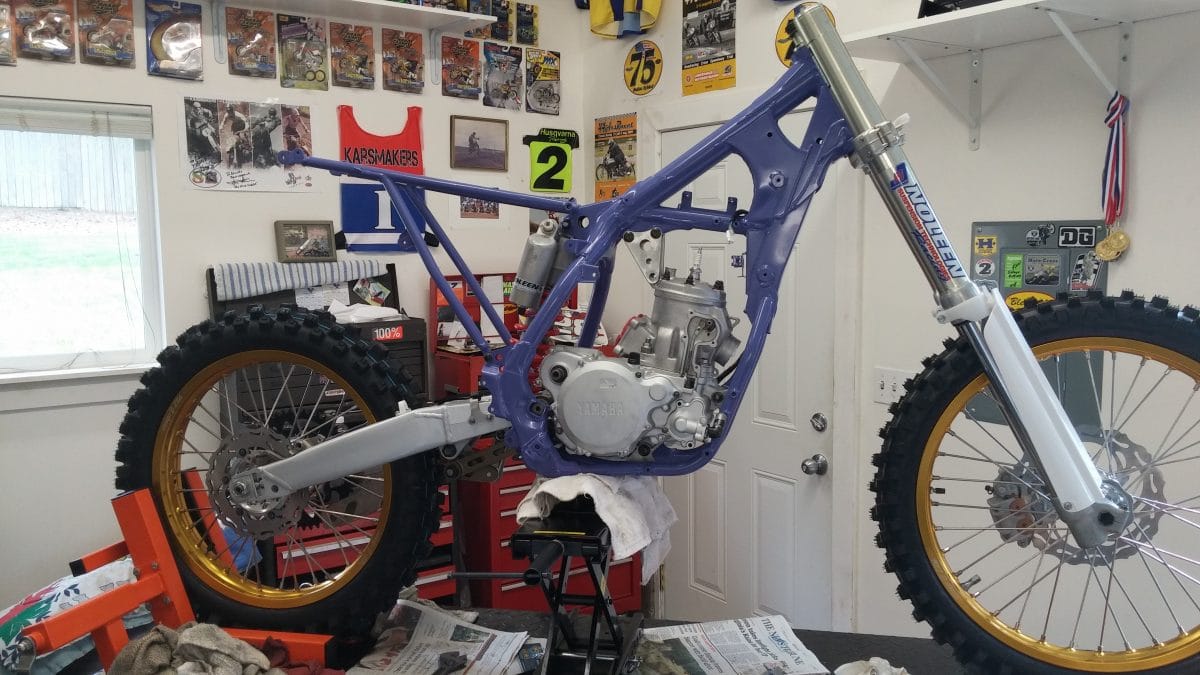 Chris Sicilia and his expert crew at Masic Industries for the top notch powder coated frame, swingarm and cerakote coatings for the motor. They did an awesome job matching the original frame color. 2002 yz250 forks with Pro Action valving. The 2002 forks were used to accommodate the 20mm front axle on the Warp 9 front wheel. The lower 2002 triple clamp was machined to accept the 94 steering stem. Total fork rebuild with new internal bushings and seals. Clark Jones at Noleen J6 rebuilt and re-valved the rear shock. New OEM linkage bearings and seals. New OEM steering steam bearings. 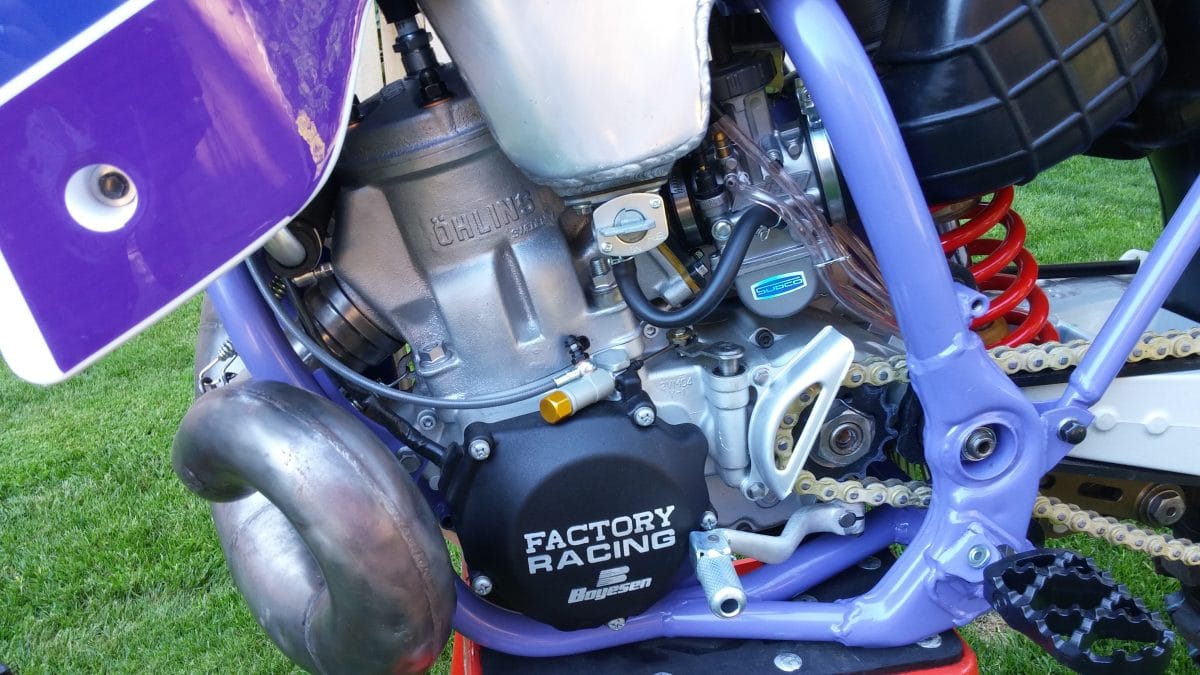 The gearbox is a WR set up. Keihin air striker carb. Most all of the fasteners, bearings, seals, bits and pieces have been replaced with new OEM parts. Magura hydraulic clutch. 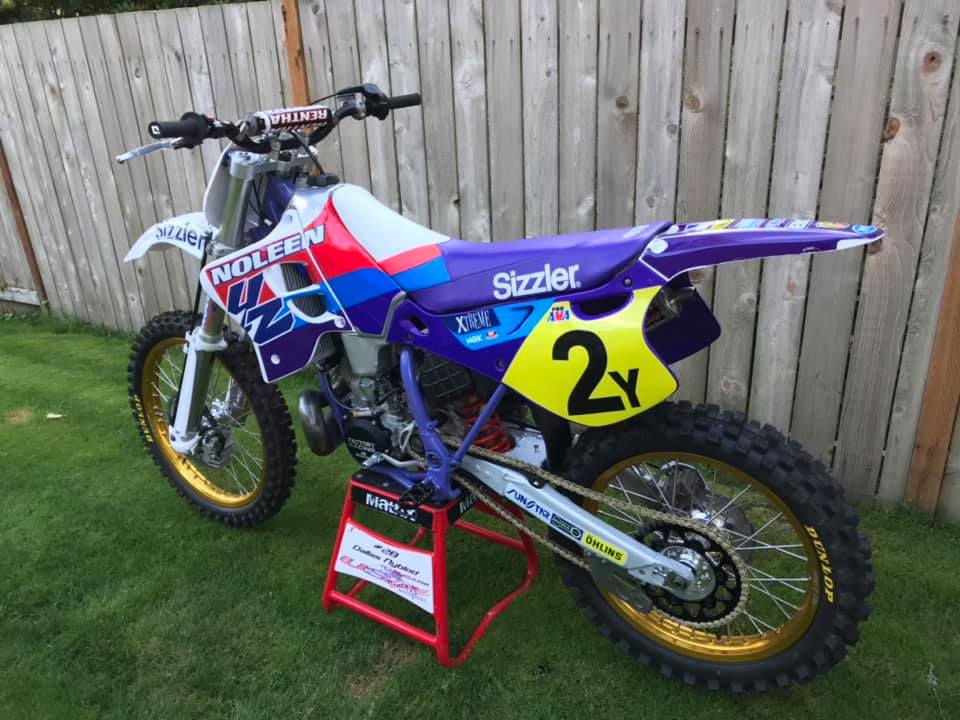 Original Ceet /Noleen Sizzler seat cover and new foam. NOS Acerbis purple side number plates. Throttle Jockey graphics. Rainier Yamaha Honda in Spanaway Washington for their help in ordering the available Yamaha OEM parts. Dallas would like this bike to find a new home because it breaks his heart seeing it just sitting in his garage not being used.  If anyone is interested contact him directly at [email protected] . 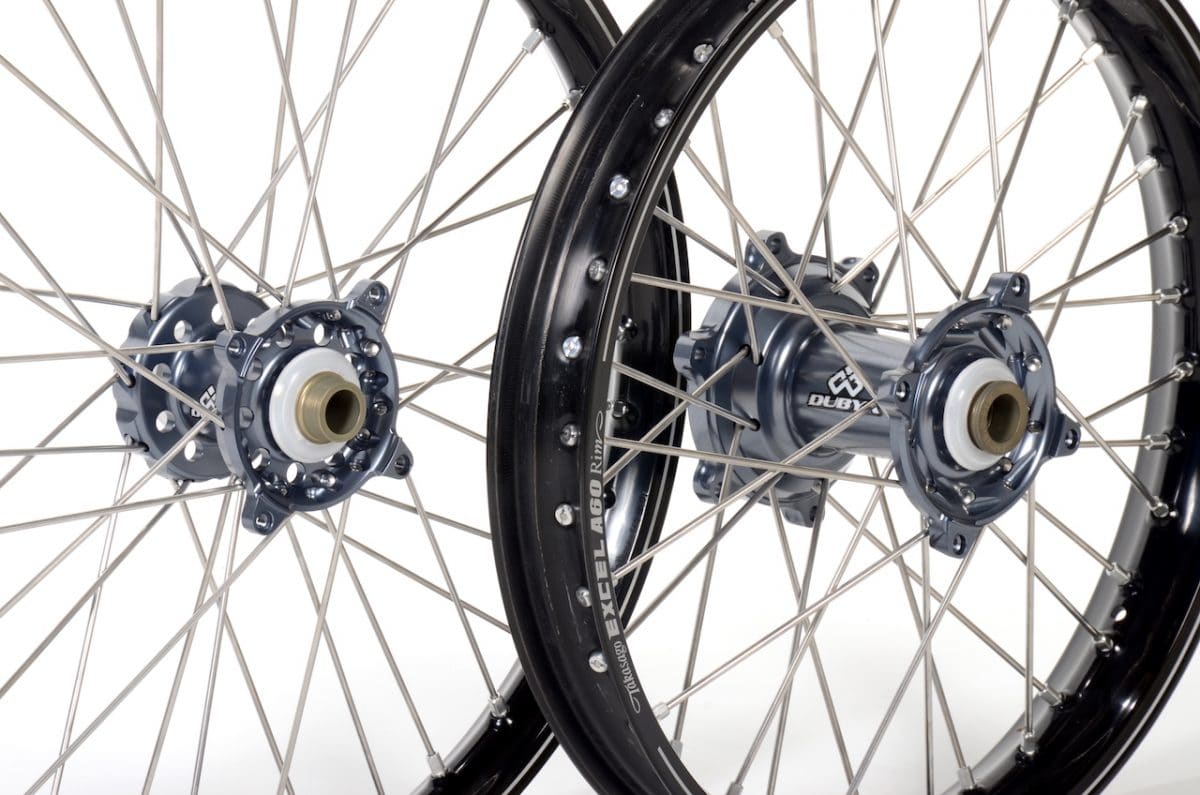 Dubya USA is offering a brand new color of Talon hubs for Kawasaki owners. These ones are going on our next project but you can get your own by contacting them directly!
Contact: www.dubyausa.com 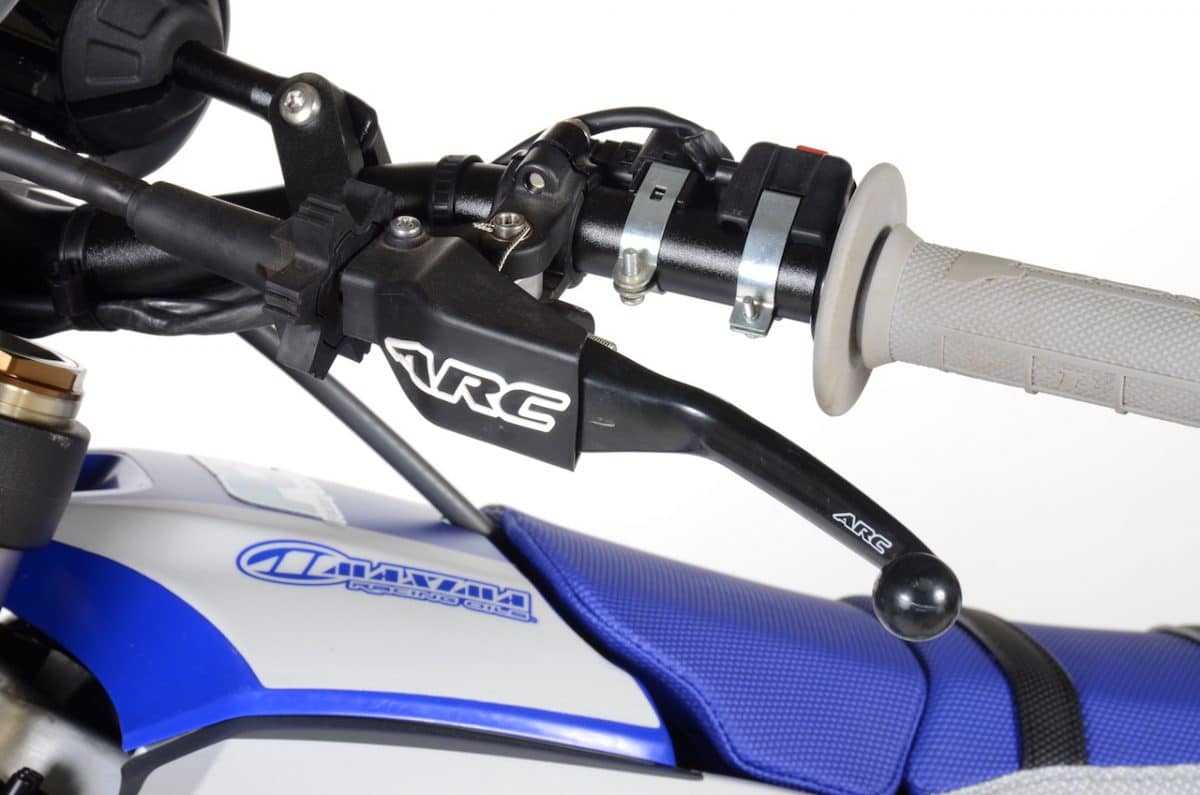 Check out this Yamaha YZ345 built by Howie at Motofab Industries. Click the image below for more! 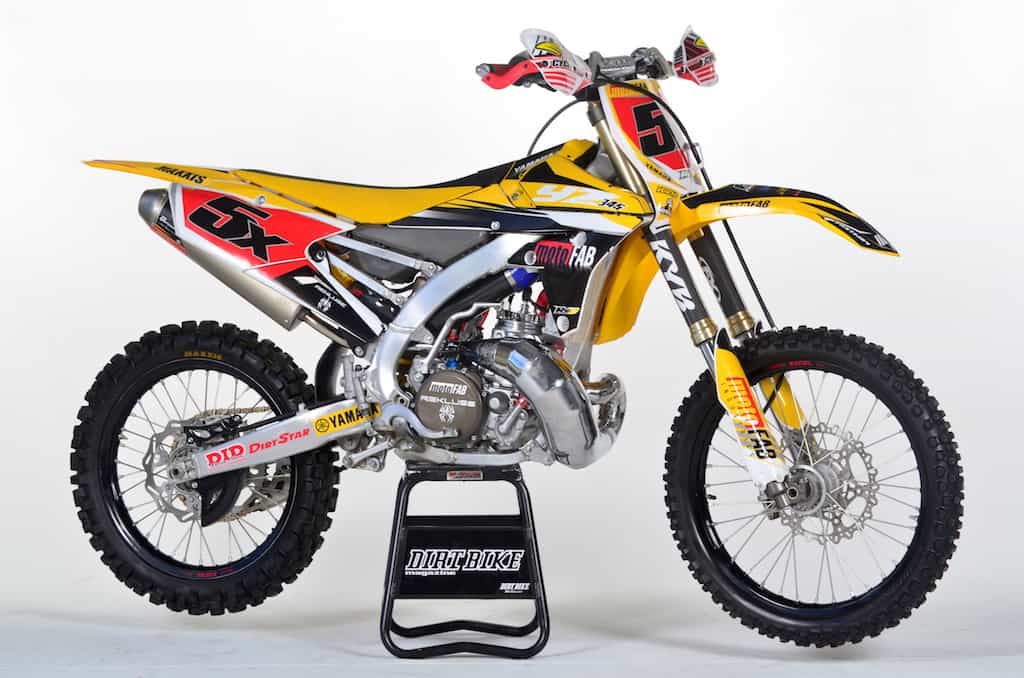