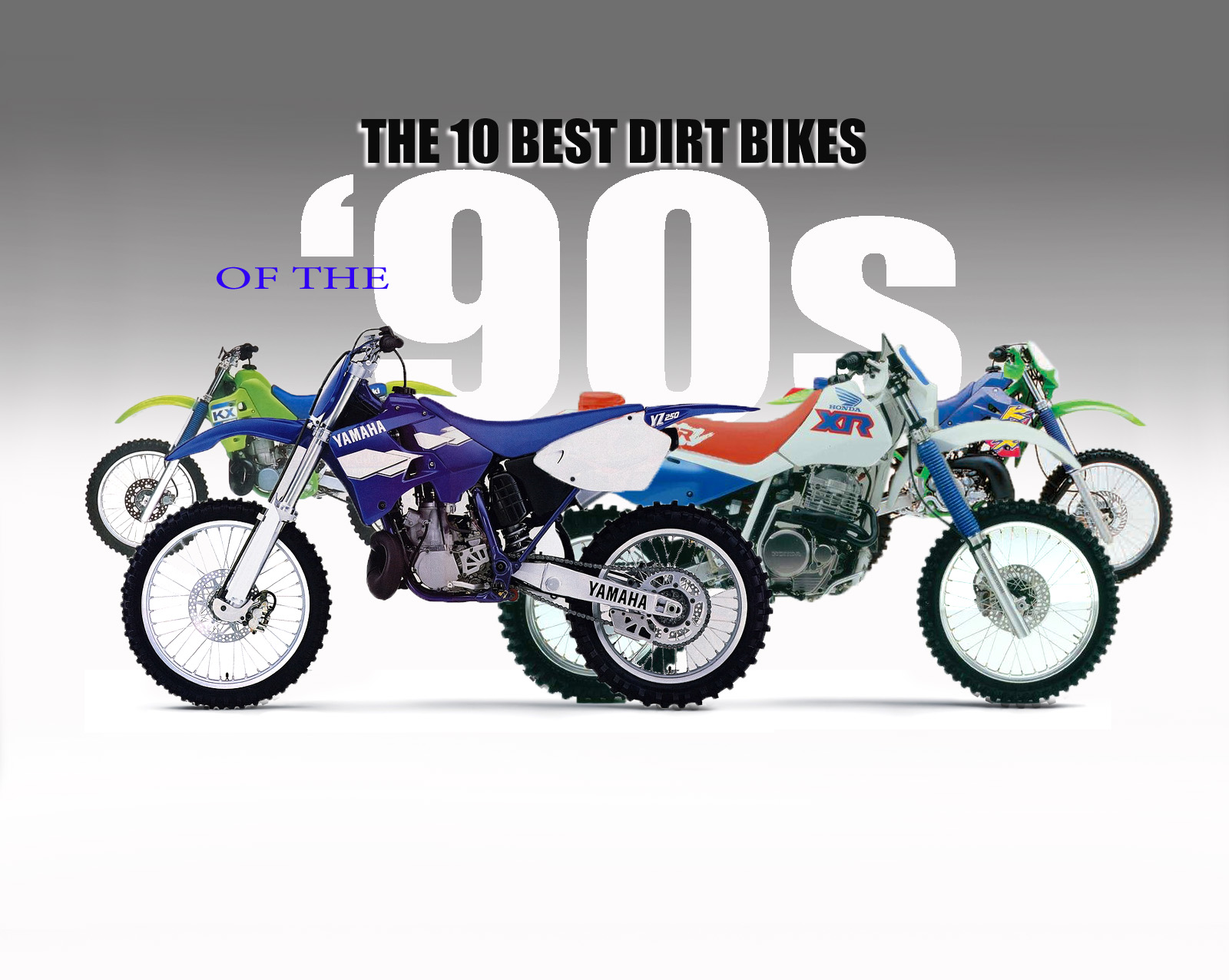 Remember the ‘90s? We do. Ron and Tom are still wearing most of the same clothes. What set that decade apart from earlier years in motorcycle history was that many dirt bikes had reached their prime. The rapid evolution of suspension and brakes had slowed down. For the most part, a good bike of that era is still a good bike today. Several of them are still available as new bikes, in pretty much the same form. Others are gone forever and we miss them dearly. Here our our picks of the 10 best ‘90s bikes that we would still enjoy today. We choose MX, off-road and dual-sport bikes without bias, but we have to admit that off-road bikes have stood the test of time better than motocross models. We also gave no advantage to bikes that were historically important. The 1998 Yamaha YZ400F and 1997 Honda CR250R, for example, were significant, but not that much fun to ride. These were. 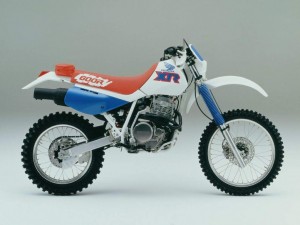 11993 HONDA XR600R
It’s funny, but we thought this bike was already outdated when it arrived. There was a timeless attraction to the big four-stroke, though, and it was always a deceptively good performer. It was good enough to help Scott Summers dominate the toughest off-road series of the period, and it’s still around today, albeit as a dual-sport model. When you ride an XR600R now, it has strange ergos, with low bars and a tall gas tank. But the suspension is plush and the power is smooth. In 1993 it reached the configuration it would keep until it was discontinued in 2000. For more on the XR600R, click here. 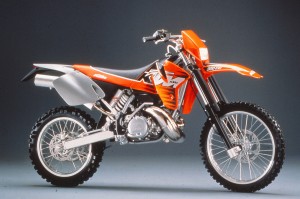 Throughout the ’90s, Dirt Bike Magazine did a 250 two-stroke off-road bike comparison every year. Back then, this was a big class, with as many as seven or eight bikes. The KTM 250 won every single time. Eventually, everyone else gave up, and by the early 2000s, it was pretty much the only one left. By 1999, the KTM 250EXC (or MXC, as the western version was called) reached a level that wasn’t far from the current version. By then the PDS rear suspension was workable and it was the first year for the hydraulic clutch. We’ll include the KTM 300 and 380 in this same category, but jetting was still hit and miss for the bigger KTMs. What worked on one 300 didn’t necessarily work on another. The 380 wasn’t as nice on the trail, but it was very, very  fast. It would still be fast by today’s standards. As the next decade unfolded, the 300 would steal the limelight away from the 250, but both were excellent by any standards. 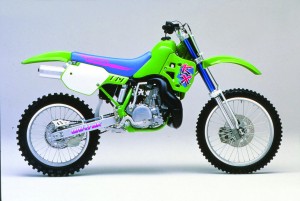 If there was ever a case of not appreciating what we had, this is it. The Kawasaki KX500 was a truly great desert bike, but it was sold as a motocrosser. On the track, it was brutal and demanding. It was discovered as a Baja/desert bike in 1987 when Team Green hired Larry Roeseler. The KX then won every Baja 1000 between 1988 and 1997. The bike hardly changed in that period. In 1990 it got an upside down fork and in 1992 it got a new crank and ignition. Then it was unchanged until 2004, when the last one rolled off the assembly line. For a complete history of the KX500, click here. https://dirtbikemagazine.com/home-features/kx500-the-one-bike-to-ride-before-you-die 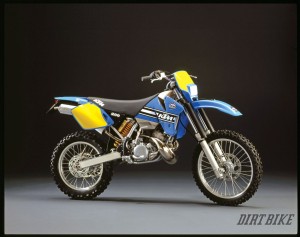 41998 KTM 200EXC
KTM experimented with a number of new designs on the limited-edition 1997 Jackpiner 200, including a hydraulic clutch and rear suspension that didn’t use linkage. Only 133 of those were built to commemorate the 30th anniversary of the first Penton. But in 1998 the KTM 200EXC arrived in quantity and America fell in love. The present-day KTM 200XC-W isn’t that different, although it did receive an electric starter somewhere along the way. It always was a great motorcycle, and still is. For more on the Jackpiner, click here. https://dirtbikemagazine.com/home-features/rebirth-of-the-jackpiner 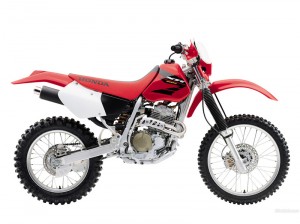 51996 HONDA XR400R
Honda built this bike especially for Scott Summers. Unfortunately, Scott was so much in love with his XR600R, he never gave the 400 a second look. But everyone else loved it. The Honda was easy to ride and just light enough to be a great woods bike. It even made a mark in motocross, with Spud Walters getting on the podium in the National Four-Stroke Championship series (Yes, there was one of those back the). After two years it was overshadowed by the arrival of the Yamaha YZ400F in 1998, which changed expectations for four-strokes forever. Interestingly enough, the XR400R is much more desirable as a used bike today than those early YZ400Fs, and many more XRs are still in use. 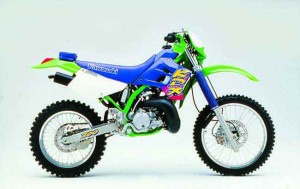 61995 KAWASAKI KDX200
We lost this bike back in 2006 and it’s never really been replaced. The Kawasaki KDX200 was a pro ISDE bike in the hands of someone like Jeff Fredette, or it was a sweet entry-level trainer. There was nothing it couldn’t do and make its rider smile. It went unchanged from 1995 to the end. There was also a KDX220 that was almost the same motorcycle (with a bigger bore and a smaller carb) between the years of 1997 and 2006. If you find one of these in good shape, never let it go. For a complete history of the KDX200, click here. 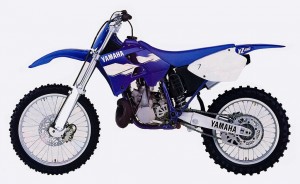 71999 YAMAHA YZ250
Through most of the ‘90s, the YZ250 was solid and reliable, but not quite fast enough to win magazine shootouts. The 1999 model wasn’t that much better when it came out, but it was the first year of the motor configuration that is still produced today. It was easy to get more power out of the YZ and the handling wasn’t half bad. To this day, there are lots of YZ250s from the ‘90s still running well. To read a full history of the Yamaha YZ250, click here. https://dirtbikemagazine.com/uncategorized/survival-of-the-fittest-the-yamaha-yz250-story 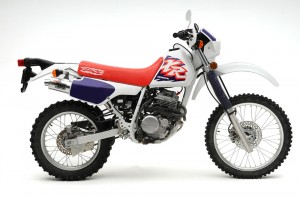 81991 HONDA XR250L
Honda changed the way it thought of dual-sport bikes with this model. The 1991 Honda XR250L was the first Honda that started off as a dirt bike, then was modified to become street-legal, rather than vice versa. The XR250L had a rather short production run, between 1991 and 1996, but it is still regarded highly to this day, and every single one is probably still running. For a story on the 10 Best used Dual-sport bikes and where the Honda XR250L sits on that list, click here.
https://dirtbikemagazine.com/home-features/10-best-used-dual-sport-bikes

It took years for us to appreciate the KLR650. It was always there in the Kawasaki line, mostly for commuters and messengers, but we never really took it seriously as a dirt bike. Then something happened. We started riding much larger bikes on long trips that were half pavement and half dirt roads, and suddenly the KLR started looking much better. The sport of adventure riding had matured. The KLR didn’t change; we did. Today, we like the bike more than ever.

101995 KAWASAKI KX250
If you look at the back-issues of the ‘90s, it’s clear that the Kawasaki KX250 never had a bad year. It won most of the shootouts and even when it didn’t, it never finished poorly. The 1995 model was particularly good. In that period, the Honda had suspension woes and both the Yamaha and Suzuki were 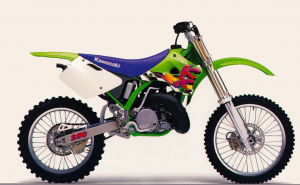 underpowered. Kawasaki had a complete package, and those who rode them had a distinct advantage.